We got s rental car and used autoslash.com we paid $80 total for our 6 day stay! I booked originally for twice the amount through Expedia (still a great deal) then entered the info into auto slash. Just be careful to book with a known rental agency since there a bunch of small ones at MCO. The smaller ones may not follow through or may need a shuttle to get to.

We stayed at Pop in two connecting rooms. We thought it was great. We never waited for a shuttle. Truly we didn’t. There was literally always one waiting when we walked up. I wasn’t using my MDE app to check on times because my app kept not loading! Kids loved the arcade there too. Lots of retro games. After DS14 requested guitar hero for Christmas! Food court was convenient. We went once upon arrival and that was enough for us. We had refillable mugs but they are kind of small for taking back to room and we often didn’t have them with us. So overall not much value for us. We also liked perusing the timeline in the lobby. You could spend a lot of time with it.

First up was HS. We really enjoyed TSL. We went on both TSM and SDD. Both are now family favorites. Did not ride AS2. Just walking through the land and seeing green soldiers parade was fun. DS11 was saluting green men when they told him “at ease soldier” which he thought was funny.

Really enjoy Frozen sing along. Of course historians made it. Sci Fi was enjoyable and relaxing. Good food but alot of it!

I thought we would hop to MK next because they had late EMH and no one was big fans of Epcot last trip. They had all agreed that we would skip it this trip. DH started asking about Soarin and did we have plans to ride it🙄 well no because it is in Epcot the place no one wanted to go to! Guess where we ended up? Epcot!

It turned out to be a great rest of our day. The friendship boats were running so we took one to IG and got glimpses of boardwalk along the way. We went to Japan to pick a pearl and shop. Kids were loving checking the place out. DD bought a fan and the CM wrote her name on it in Japanese which DD treasured. We tried some food kiosks and made our way around WS. We stopped in Morocco to just admire the tile and architecture. We also went in mexico and did the boat ride. We all thought it was a little ADD inducing and none of us quite got it! Wish we had FP for FEA but we did for Soarin. So off we went. Then onto SE. fireworks were starting and I really wanted to get to lake to watch them but everyone was too tired to walk over so we watched from future world near the fountain. Not the same. We only saw the fireworks and couldn’t hear much. It was nice but I wish I had walked over to get the whole experience especially with the holiday ending.

Overall we were enjoying our time by just enjoying our time! I was trying very hard to not keep us on a schedule and to be flexible. My hope was that this would be more suitable to DH and most of the fam’s touring style (and secretly hoping to win DH over to the ways of the World! But alas I think he had a grand time but he would still rather book our next trip for a ski adventure in Colorado)

Next day we slept in and went to WL for breakfast at WCC. WL was beautiful. At WCC we had a not so fun waitress. Other tables were laughing and carrying on. DS11 wanted ketchup so I told him to ask and we would see what happened. Luckily another server had enlisted her table to deliver large amounts of ketchup when asked. So that table marched many bottles over to our table. The kids thought it was hilarious! Wish we had more shenanigans but it was an ok meal overall.

We had our rental car and drove over to DS next. Boys went to Void. Overall liked it but was expensive. DD had BBB make over for first time. It was her favorite part of the trip. They are so wonderful there!

Then off to MVMCP. We first stopped back at Pop to get warmer clothes and take shuttle over. DH however took a work call (you’re not supposed to do that in Disney right?) it put us behind. We ended up not getting to MK until 4:30. So no time for 7D FP! before eating dinner at CRT. DH actually took a shuttle after us (I was antsy to leave Pop). CRT let us wait until he got there. In hind sight I should have rushed us over to 7D but we check out Cinderella’s wishing well instead. Kids made wishes and tossed quarters in but then later I didn’t have enough for the shooting arcade in Adventureland! DS11 was bummed but it looked like it took only money and not able to use MB for it.

I know this has been said before but I really couldn’t believe how many people had to be turned away asking if they could eat in the castle- completely unaware of ADRs. Finally we were all present and were seated. Food was very good. Princesses all made over DD in her Belle make over. Each one commented on older brothers to DD. Except for Ariel who of course does not have any big brothers so talked about that a bit. Very cute! We really enjoyed our time there.

Kids really liked the Tomorrow land Christmas show. Stitch was dressed as Santa and made the kids laugh. Like fall over laughing! Acapella singers were awesome too. Then we went near the castle for the parade. It was awesome! Best parade ever!

Others headed back to Pop while DS11 and I rode SM 4x in a row. Then we were done! DS11 always finds some one on one time during a trip. He is also my kid who is up for everything. He probably takes after me with FOMO! So we closed the park and loved it.

Next day we packed up in our rental car and drove over to AK. We understandably got a very late start after our late night. Originally we had TH 10:30 ADR but I cancelled it the night before knowing we wouldn’t make it. We had CFG at 12. We walked discovery trails then met for our tour. It was awesome and the highlight of the trip! It was super cool going backstage. We saw Lion King performers coming out of a show and they stopped to say hi. We also walked in with a musical group from Africa who were so personable. They told DD she needed to dance with them during their next performance! Our tour guides were so knowledgeable. Lots of up close time with the elephants. Definitely worth the time and money. All proceeds go to conservation efforts too!

My family loves Harambe market from last trip so we ate there. Good food and atmosphere. I had scored huge for us when booking FP. Since I had also booked them for MVMCP I had gotten notice saying I had overbooked and AK day would be cancelled. I called in and CM turned them all into anytime FP! So we had FOP, EE, and KS as anytime! This obviously opened up our day. We walked the trails Gorilla falls and Marajong while fitting in rides. I also booked a KR that got turned into an anytime! We have never been on Dinosaur and still haven’t. We kept trying but it was down a long time. We ended up in Dinoland (had skipped it last trip) wished we skipped it again! Pandora was incredible at night. We walked the trails and rode FOP. Just the best. We saw tree of life at night. The animals moving on it were unbelievable. I wish we could have watched it longer but everyone was tired. We had watched some of ROL too when walking out of Asia. I think my crew would enjoy the show. We didn’t make it back to see it though.

Overall a nice relaxing day. We left tired and hungry so stopped for dinner on our way to UOR. Hopefully we will make it back to the World as a family again in a couple of years. After the Star Wars craziness is not quite as new.

Ok now for some pics! 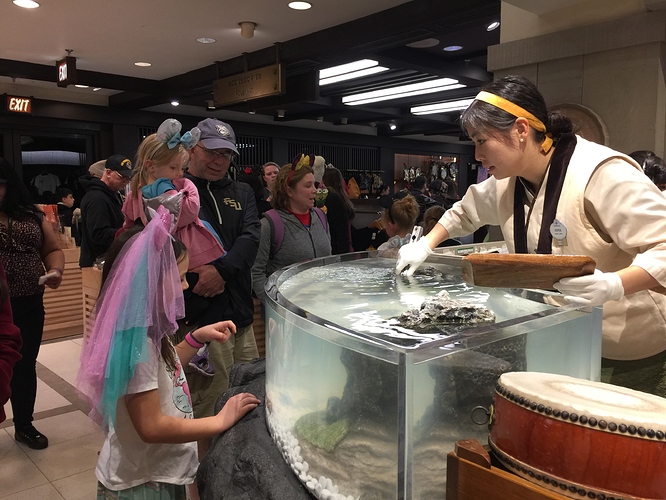 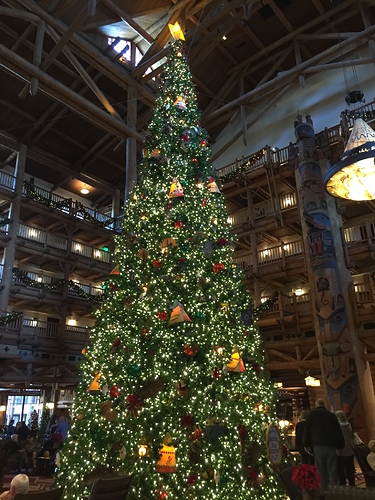 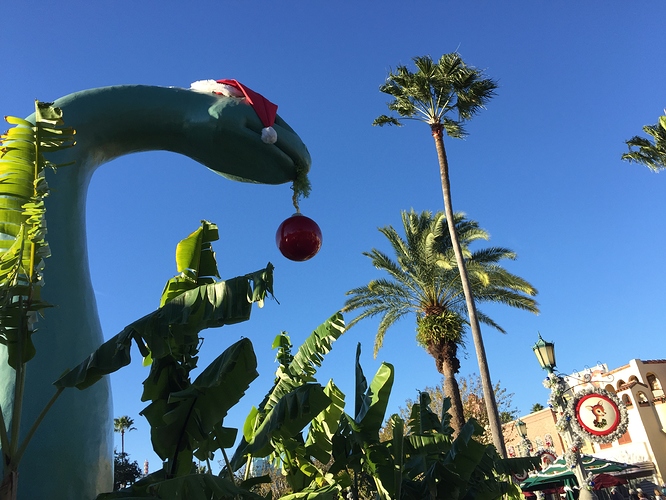 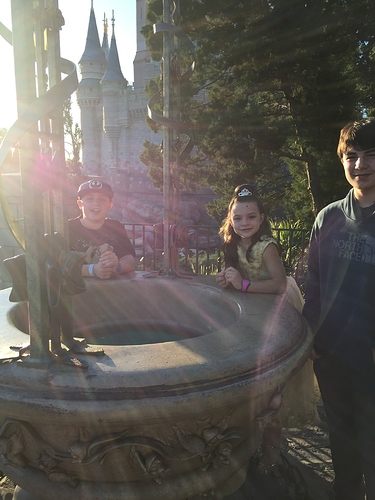 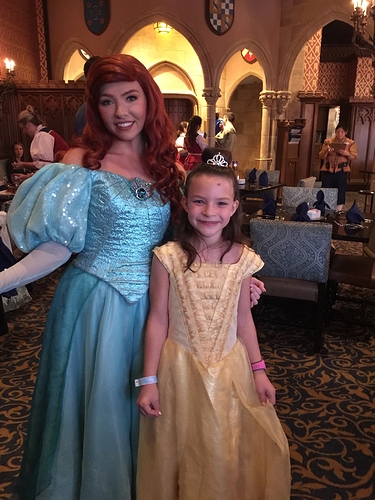 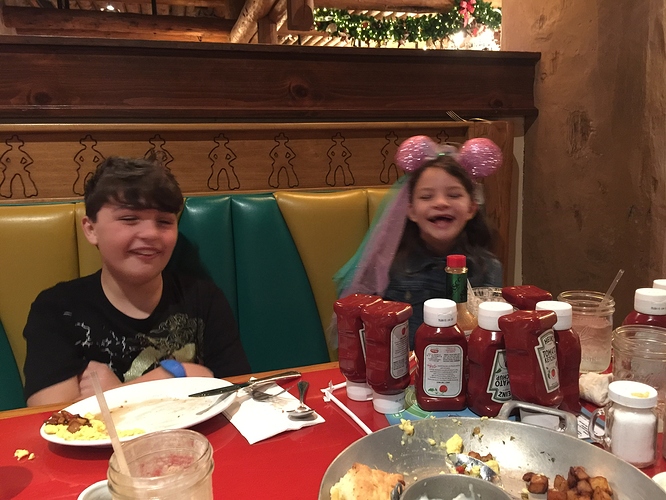 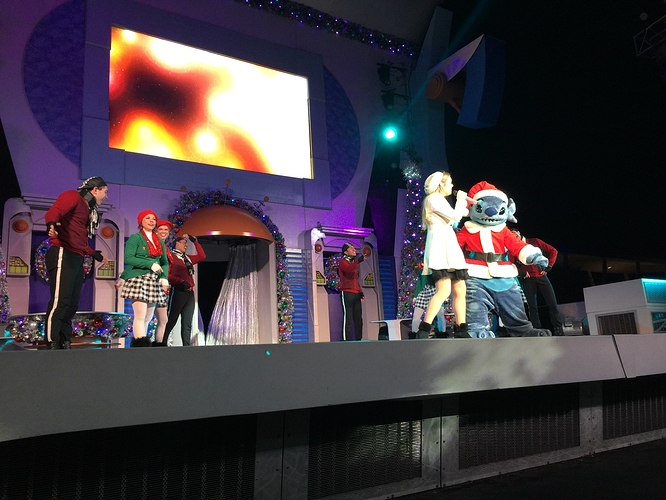 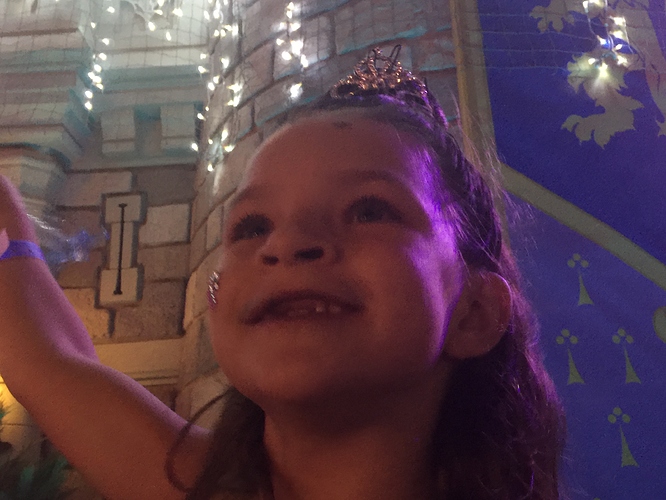 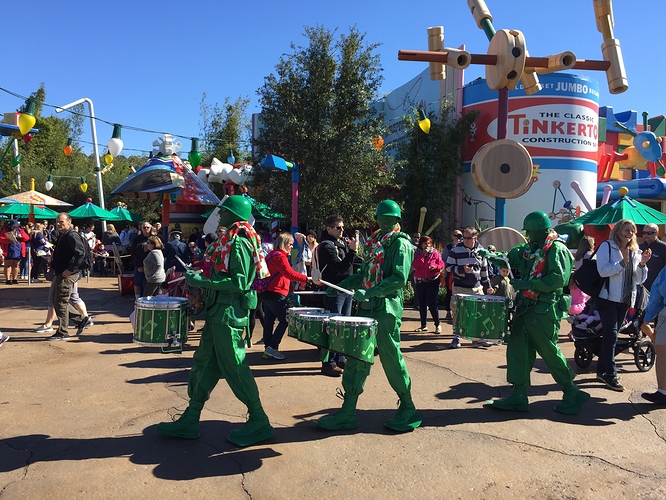 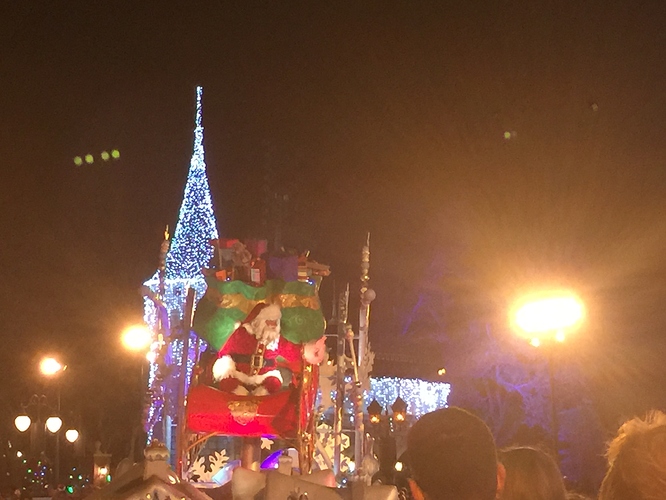 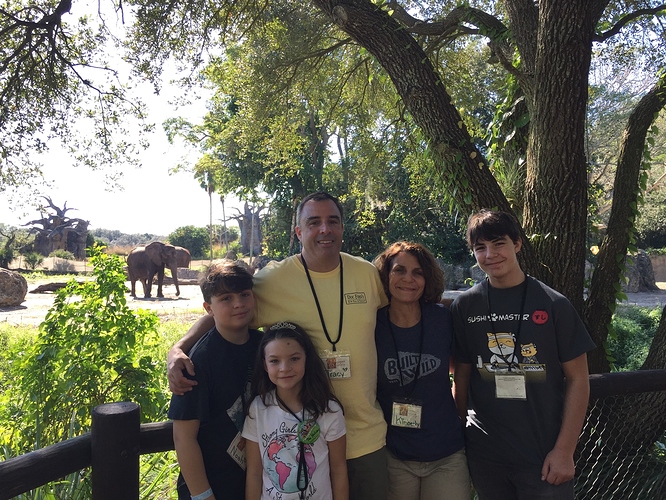 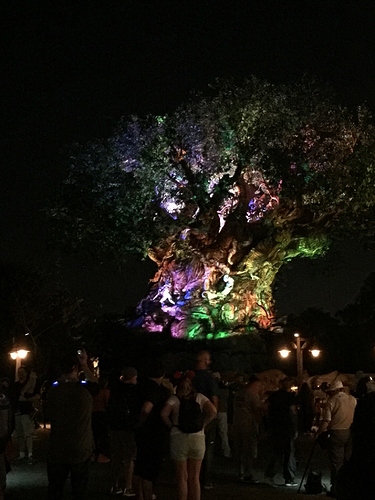 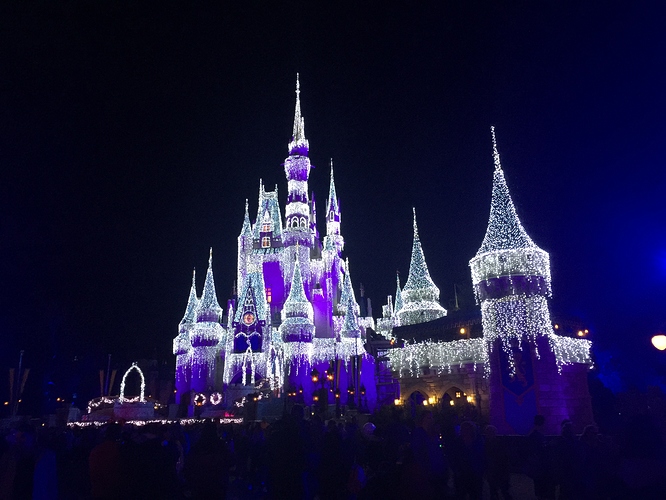 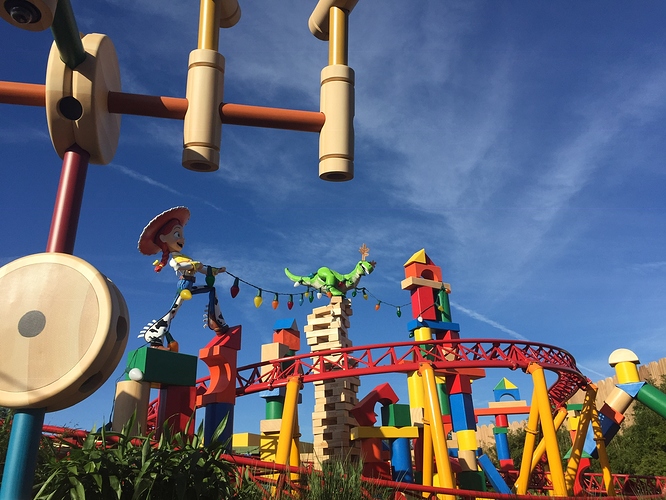 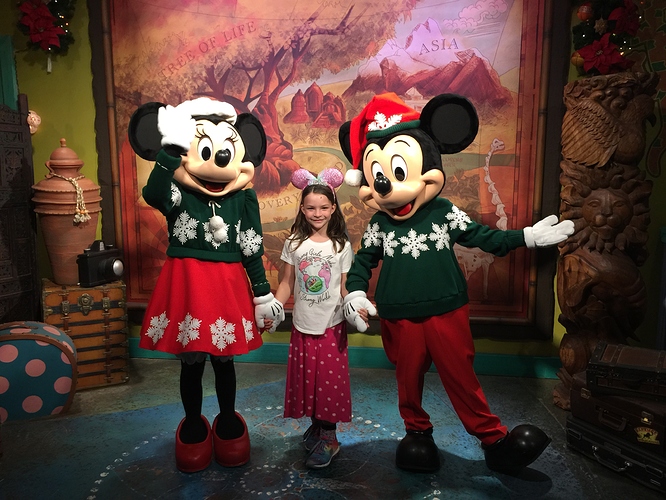 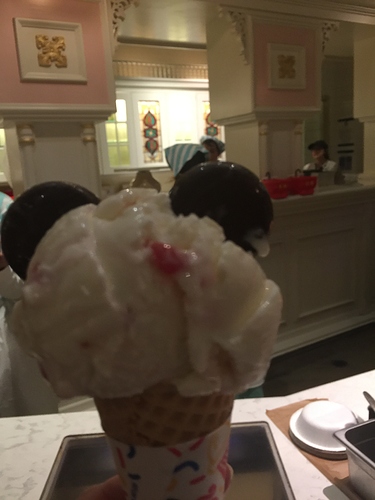 We never waited for a shuttle

This was my experience, too. I was hugely impressed by Disney transportation.

We have never been on Dinosaur and still haven’t.

You’ve missed nothing. You can simulate the experience at home. Have someone put a bucket on your head in a dark room. Have them shout at you while hitting the bucket with a stick.

You’ve missed nothing. You can simulate the experience at home. Have someone put a bucket on your head in a dark room. Have them shout at you while hitting the bucket with a stick.

Sounds great, looking forward to reading about your time at Universal

Yay! I’ve been waiting for another trip report! Thanks for sharing!