With Hotwire and Priceline hidden deals still missing in action since last year - I decided to start a new project! In the past I have only quickly looked into renting DVC rooms for trips but never really followed through or paid attention to them too much.

To get more familiar with things I started tracking all of the DVC rental deals for 3 of the bigger sites out there - since the start of May I have grabbed almost 60,000 records for over 1,500 unique deals.

I never thought there would be so many.

Anyway - I know have a lot of data to sift through and I wrote a bloggy post for TP about finding great deals. 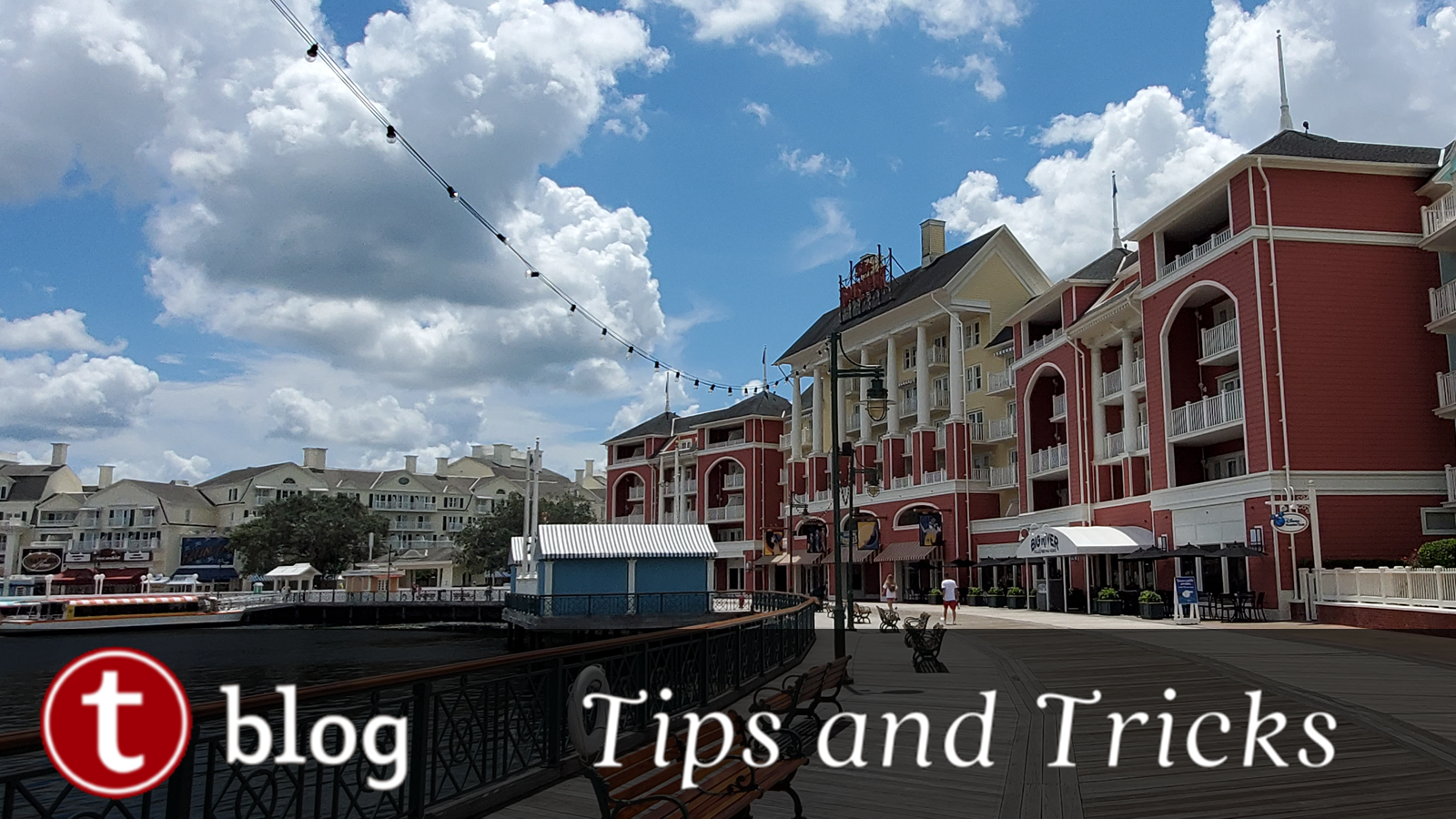 PROLOGUE I emerged from the glaring orange sky, muttering long-forgotten Priceline codes, bits of stale churro poking out of my pack. Without access to hidden deals since the second year of the interruption, I had wandered reservationless, spending...

For the TP community here’s some Bonus Content:
31 really nice DVC rental deals OUT THERE RIGHT NOW OR AT LEAST 38 MINUTES AGO WHEN I LAST CHECKED.

I filtered down my data to show all deals for bookings between 2 and 4 nights for less than $325. 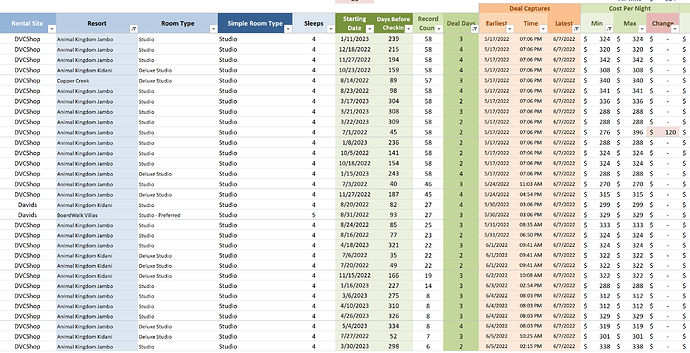 And that list doesn’t even include deals at OKW or SSR, which would double the size of the list!

Also, for the other uber nerds among us, ACT NOW to view this video of the spreadsheet and process I am using to pull in and analyze all of this data. You know you want to. 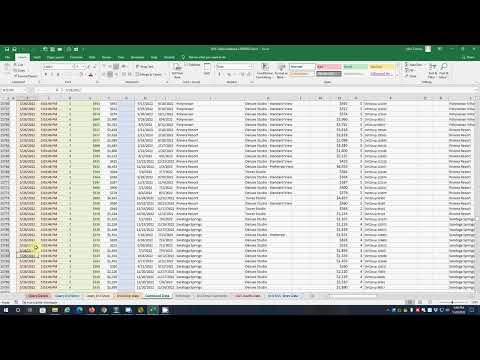 Wow nice work. The DVC point rental market sure does seem to be moving towards posting confirmed reservations rather than requesting dates from the company to contact owners about renting.

A good alternative to buying a DVC contract is renting the points from someone else.

I just read this blog post and was about to come to the forum to share it! This is great info for those who aren’t already in the know about dedicated rentals.

For me it’s not just about the money savings but also getting a room at a sold-out resort. That’s how I got my Poly studio 6 days before my trip last October! And while it wasn’t a huge savings, it was still cheaper than rack rate would have been.

Do you have a masters degree in excel? This is mind bending!

That’s a great point! I’ll be sure to bring that up if I post any follow-ups.

To get more familiar with things I started tracking all of the DVC rental deals for 3 of the bigger sites out there - since the start of May I have grabbed almost 60,000 records for over 1,500 unique deals.

I’m curious, how is this done? That’s a lot of info pulled down. heh I’m guessing you’re not sitting at your computer and ctrl+c, ctrl+v into excel.

Actually - Watch my YouTube video above!
What I don’t say in it is I’m using the Excel Data from Web functionality to grab the tables.

That doesn’t work for many sites - happens to for 2 of these. But, then it comes in kind of messy, I so I write formulas to extract the data into nice clean shiny records that I can use.

The one site (DVCStore) doesn’t store their deals in a regular HTML table - they store it in a variable called “all_reservations” so for that one I had to write a cleanup script to whittle down the HTML source to just the deal code, then I run that through my Excel cleanup.

so I write formulas to extract the data

i had no idea excel could do that. I’m allergic to spreadsheets generally so I do my best to avoid them. (unless they are candy-coated with Disney Planning schedules, of course)

More data points: active DVC deals with check in dates in June so running out of time.

None of these prices make me jump up and down, but have been watching that 2BR BCV since the start of this project - it dropped from an original $1,316 over time but was stuck at $940 for about 3 weeks. Check in date is only 3 days away now and finally dropped again to $705.

This is awesome, very fun!!

$705 expensive for a night compared to. Regular hotel room. But great price for a two bedroom.

Oh and so forgot to say how awesome you are @JJT! Amazing project. Great video. For fun I lie on the couch and you make spreadsheets do magic lol.

The 2BR BC Villa I have been watching since day one of my project dropped again with ONE day out to check in:
Beginning price: $1,316 for 1 night.
Now: $470.

I’ve highlighted a few of the more impressive ones (to me) - and am surprised that some of them have been out there for weeks now!

This is too much. They should have dropped it to like $800 much earlier and I think it would have sold. I would have loved to have it for $470 though.