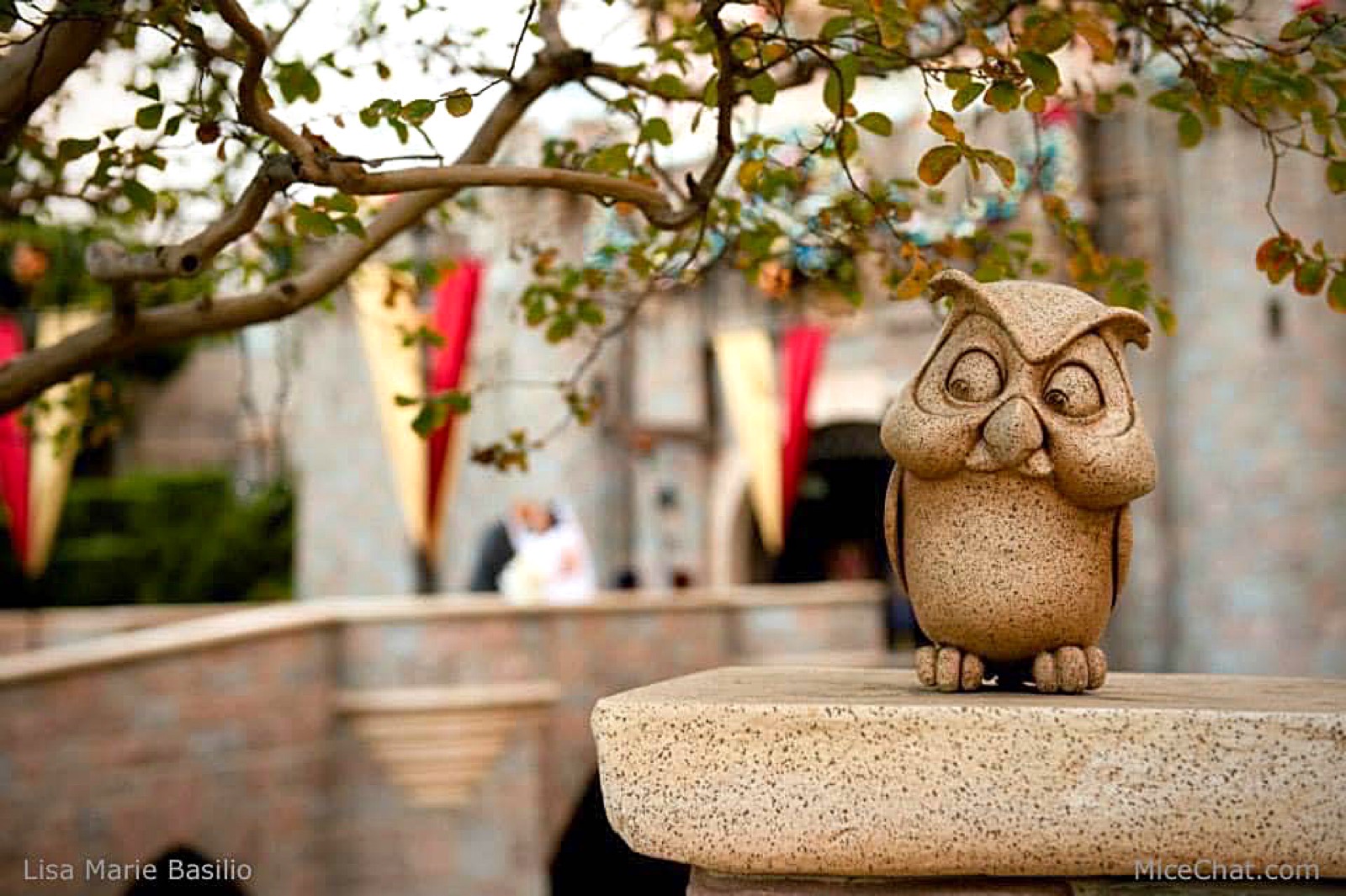 So many feelings and emotions today folks. What should have been an update about forward momentum for the reopening of California parks, new Disneyland surveys, and the one year anniversary of Galaxy's Edge, has taken such a sad turn. Yes, we'll get...

Did anyone else see this update from MiceChat today? It does seem to give a glimmer of hope that DLR will reopen in near-ish future.

I have tickets purchased from aRes Travel for a cancelled April trip. I finally emailed to see if there was any possibility of refund. They responded NO because I am more than 90 days out from purchase but that they expected the Parks to open “soon”. I thought they were crazy! But maybe not …

This is the pertinent paragraph:

California is currently in the second stage of the state’s four-stage plan to reopen businesses. While there is no official date for when the third and fourth stages will begin, the third stage isn’t expected to take more than a month, and some areas may reach Stage 3 before others. In fact, some counties, such as San Diego and Orange County, are already allowing some Stage 3 businesses to reopen. For example, restaurants in Orange County are reopening for in-restaurant table service, with distancing restrictions in place. The same is true for shops and malls. State officials have confirmed that theme parks can reopen in Stage 3, but don’t expect Disneyland to be the first to throw their doors open (they are opening a full month after their competitors in Orlando).

I just wish we had a timeline. Despite being surprised by all the changes at WDW, it is just nice to have a timeline and a plan. With DL, so much is uncertain. I currently have 4 nights booked at Paradise Pier in late July, plane tickets and rental car and tickets that were bought before all the madness. It’s where my DD18 really wants to go before she hopefully heads off to college a month later. We also have the WDW package with tickets, a rental car, flights, our UOR APs and 2 UOR onsite reservations in Orlando for the same time. At some point I have to cancel one coast or the other. My fear is I will decide to go to Orlando, as it is a sure thing and pay the package off at the end of this month. Then DL will announce they wil reopen for our dates, and we would probably have priority with an onsite reservations and linked tickets…but at that point I am stuck with Florida. I just need a timeline! I realize this is a first world problem, but it has helped the last few weeks to have something to plan and look forward to.

I hear you. I booked a little trip to WDW in August but chances are we will cancel. I just don’t know about dealing with the heat plus masks. If we knew DLR was going to open … we would for sure cancel! My daughter goes to college relatively close so we will hopefully be taking her back to school the beginning of September anyway.

We have tickets for July 9th and I keep forgetting I have them. I’m assuming we’ll have to reschedule. I also have a trip end of August for Star Wars Celebration but I have a feeling that will be cancelled. 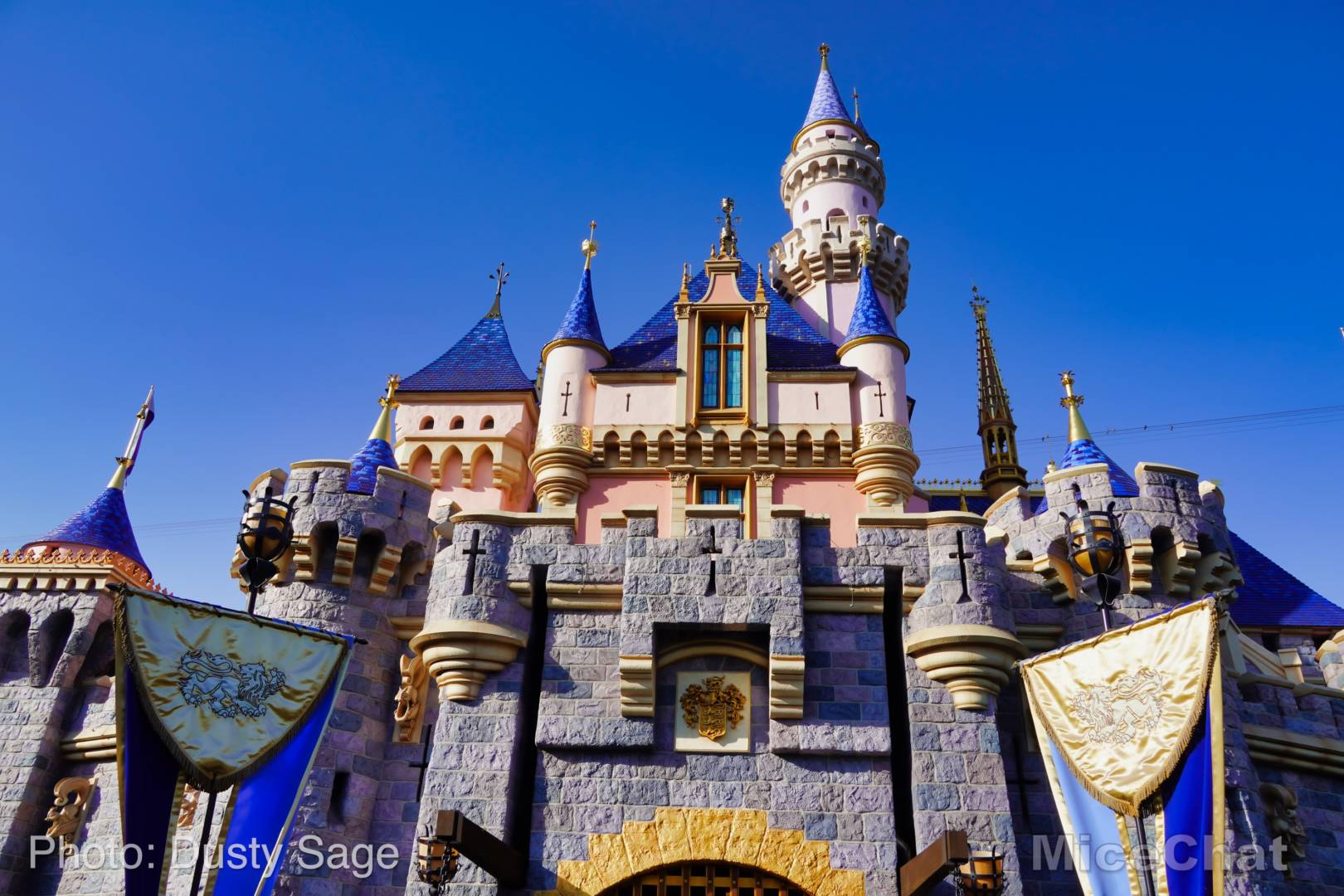 Disneyland should be weeks—if not days—away from a long-awaited announcement! All signs point to a mid-July reopening of Disneyland and Disney California Adventure, predicted by cast members who are starting to return to work after a near-two-month...

My July 9th trip will have to be pushed back a month I guess! I can almost taste it …

All right all right! 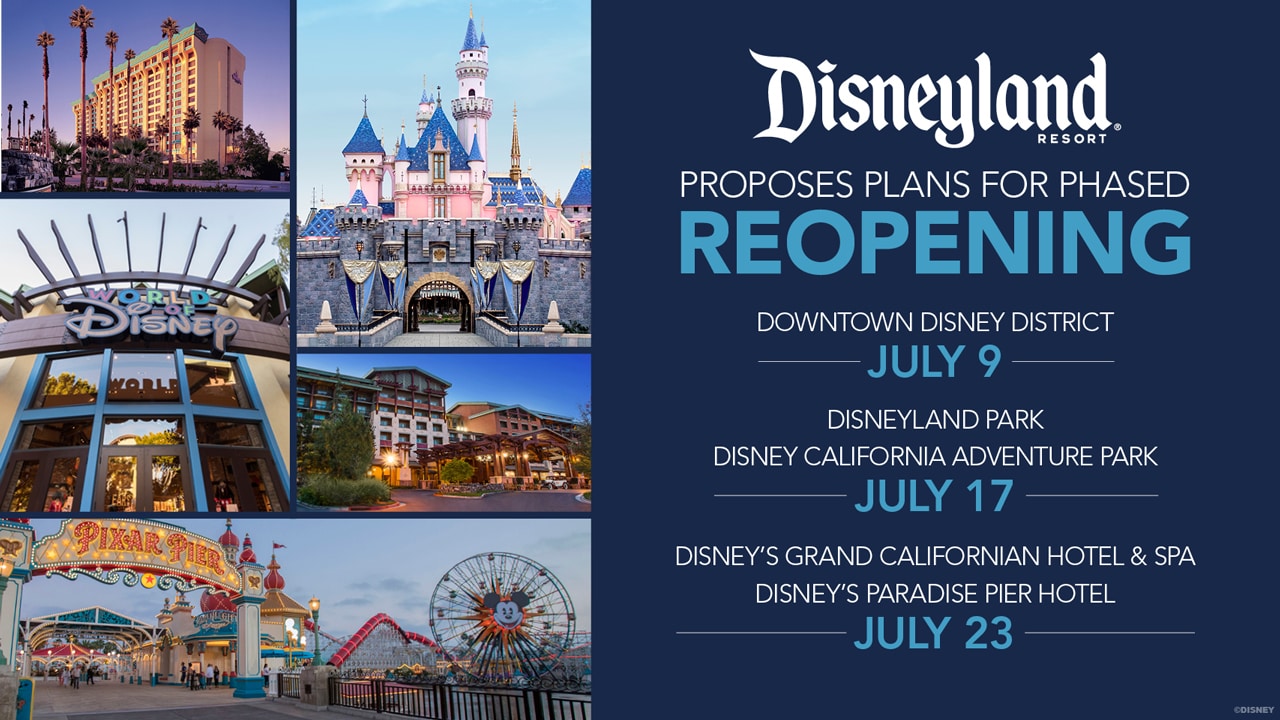 Sixty-five years to the date after the historic opening of Disneyland park, we are planning to open our theme park gates once again on July 17, 2020, welcoming guests back to the Disneyland Resort.

No date for Disneyland Hotel.

Disneyland holds a special place in the hearts of people around the world. It was created as a place where family members of all ages could have fun together – a place to “ leave today and enter the world of yesterday, tomorrow and fantasy .” Sixty-five years later it still is.

It’s time for magic – and we look forward to welcoming you back.

And now I’m getting teary!!

No date for Disneyland Hotel.

I read in another article that GCH and DLH open the 17th and PPH will open later in the month.

Disneyland website says GCH and PPH on July 23. No word on DLH.

So happy over here!!! We have PPH booked 7/31-8/4. Of course we also have UOR and WDW booked, but DL is the likely winner in that battle.

Well I would definitely trust their website over an article. I guess I was just hoping it was correct

We have tickets from a trip we were supposed to take in April. I would love to go in August if we can get reservations. We’ll see!

Last night we decided to cancel our WDW booking for August and hope for a DLR trip instead. But now my daughter (younger) is pushing to wait until November when the Christmas decorations are up. That’s a long time! So now I’m thinking we should do both?

So now I’m thinking we should do both?

Yes, of course! We haven’t cancelled WDW yet for July, still want to see how things shake out both there and at Disneyland. If we can get 4 days in the parks reserved at Disneyland, we will go there for sure. If not…I guess WDW although my DD18 is not thrilled about FL weather in the summer. I also have a late Sept trip booked at DL with some friends, we go every year for the Halloween party. I also love Christmas at the parks, maybe we will go then too.

I just rebooked my July 9th reservation at the Disneyland to October 8th at the Grand Californian (which is where I originally booked back in April but the prices were so high at GCR for July!).

The phone numbers were all busy, so I just booked a replacement reservation online first before trying back. I finally got through and was able to cancel my July stay, but to modify I would have had to wait 1.5 hours to get a hold of a different department! So I just cancelled and will keep my replacement reservation that I booked on the website.

Were you able to book the hotel without tickets? We already have tickets and when I was on the site it wouldn’t do a hotel only booking. Maybe I should try again.

I remember your Huey, Dewey and Louie costumes! Those were amazing.

I tried to get younger daughter to consider Halloween since she hasn’t ever been to DLR at that time. She doesn’t really care for Halloween, however, so doesn’t want to do it. I think it’s still fun even if you don’t like scary stuff, but haven’t convinced her yet.

I might need to upgrade my ticket to a Flex pass! LOL