WDWNT is reporting on a patent recently filed by Disney for an “intelligent” virtual queue. Maybe this is the next generation of FP?

No word if this is imminent, coming soon, or far into the future, but I think this goes a little beyond the rumor stage as it involves a filed patent.

I’m curious if @len has seen this and has any thoughts on how a system like this could affect the parks, and/or how it would impact the whole planning and touring plans process.

Yep I just saw this posted over on WDW Lines chat- exciting- over all…liners exited about this on chat.
http://m.touringplans.com/wdw#_chat_page_1 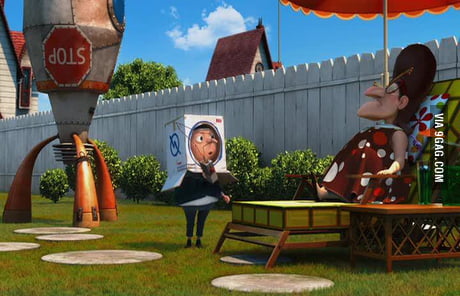 People standing in long queue’s aren’t making them any money buying food or merch! (I also thought of Columbia Harbour House being closed because the Peter Pan overflow queue

I just believe that everything they do right now comes down to revenue. So I was surprised it took them so long to just say it already.

Oh yeah, definitely. It was nice of them to lead with guest comfort and wellbeing before getting to the real reason - $$$.

I can totally see them ranking guests and giving different return times based on that.

My understanding is that this is integral to Genie.

Is this the evolution of fast passes?

Hmmm, as long as I could go on as many rides as I did with multiple FP throughout the day, then I guess this would be okay.

There were several “VIP” companies who were selling FP’s at a discounted price (comparable to Disney’s own VIP tours).

This part of the article tells me that Disney is saying “No More!”

I was never a fan of those selling FP’s in the first place. Either use Touring Plans which maximize efficiency for those who aren’t planning adverse like my boys, or do the VIP tour. This was too much like those people who were paying to use disabled access.

The interesting thing about this to me is that it is a patent application. DH is in the IT field and deals with patent attorneys.

The intended purpose of a patent is to prevent someone else from replicating a novel idea. Companies can file patents on things they don’t necessarily plan to do for certain, just to protect an idea in the hopper. To file a patent, the idea doesn’t need to be operational or imminent.

Sometimes companies also file patents preemptively that may not even be defensible just to prevent anyone else from filing a patent to try to prevent them from implementing an obvious idea.

So this could just be Disney making sure no one in the future tries to challenge them on their ability to have virtual queues and not really be a defensible patent.

Someone would need to read through the patent and find if there is a novel technology or specific algorithm they are trying to protect. A general process or concept usually isn’t defensible.

It would be interesting to have the inside scoop on the motivation for the application.

DH also just mentioned that patent applications are frequently written is such a way to protect the technology or algorithm but in such a way that the actual application is not apparent. So the example application of the idea may not be exactly what they plan to use it for.

A company the size of Disney could also file a patent just to create “buzz.”

Agreed. So many reasons to file a patent. That said, I’m still excited by this news. Some of the recent patent applications have turned out to be some interesting additions, like the Spider-Man ride at Disneyland. Also, I don’t love the current fastpass system, so any improvement would be welcome.

There were several “VIP” companies who were selling FP’s at a discounted price (comparable to Disney’s own VIP tours).

I’m totally oblivious of this happening, how were they doing this? I hate to admit but I’m not even sure if there is/was a way to transfer FP’s, I don’t think so…?

My long term concern is how many people will be out and about if they aren’t standing in a line. Won’t everything be more crowded if people aren’t lined up in the queues?

There used to be a “change party” function which made it possible.

Oh I’d forgotten about that.

How would someone get fast passes to sell? Don’t you need to be a ticketed guest?

Someone with an AP?