I love to read on vacation. And while I know this is not the type of vaca with lots of extra time for reading, I would still love to pick up a Disney-themed book for my trip to Orlando next week, but not a guide book, mind you.

Any well-written biographies on Walt Disney that you love, or any kind of secret history behind Disney or WDW that were really intriguing reads?

Thanks for any recommendations, no matter how bizarre!

Any of the “Imagineering Field Guides To…”! They’re small and easy to carry with you, and they’ll point out details you might otherwise miss while also providing background information. They’re great.

The Kingdom Keepers YA series by Ridley Pearson is rather fun. They aren’t great literature, but they’re entertaining.

I’m currently reading Neal Gabler’s biography of Walt Disney and have been impressed thus far. It’s (for me) heavy reading and the author speculates about the reasons for some of Walt’s behavior, but it’s thoroughly researched and includes anecdotes I had not heard before. Very thorough and worth delving into if you’ve already read some about the history of Walt and the Disney company. If you haven’t read much, then I’d start with Bob Thomas’ biographies of both Walt and Roy Disney. Neither does more than touch on some of the more controversial aspects of Walt’s life, but both had access to the Disney archives and family, at a time when more of the family was still around. Those books share all the basic facts of the lives on the Disney brothers.

Jim Korkis’ Vault of Walt books are not comprehensive biographies, but share tales from behind the scenes of Disney parks and movies. They could be great vacation reads, while you’re immersed in Disneydom. Along those lines, reading stories from Disney park cast members, like Kevin Yee’s “Mouse Trap”, David’s Koenig’s “Mouse Tales” and “Realityland” give you and idea of what it is like to work in the parks and could be fun to read while you’re interacting with so many cast members. You may also be interested in things like Steve Barret’s Hidden Mickey’s books, Kevin Yee’s “Walt Disney World Hidden History” or Lou Mongello’s Disney World trivia books.

Several books by former corporate Disney employees shed light behind the scenes on what went into making the park. Relatively well-known books include Marty Sklar’s (writer for Walt, later head of Imagineering) “Dream It! Do It”, Jack Lindquist’s (first President of Disneyland) “In Service to The Mouse”, Charlie Ridway’s (WDW PR) “Spinning Disney’s World”, and Ron Schneider’s (actor and creator of Dreamfinder character) “From Dreamer to Dreamfinder”. I’d recommend all of those books. Steve Alcorn’s and David Green’s “Building a Better Mouse” takes a little while to get going, but once it does provides a compelling look at the creation of the American Adventure pavilion in EPCOT Center, from the point of view of the electrical engineers who worked to bring that show to life.

That ought to keep you busy for awhile.

Just to piggy back on what @FlyerFan1973 said. The Vault of Walt books by Jim Korkis are pretty good reads.

@FlyerFan1973, could you give a more complete answer please?

I picked up Bob Thomas’ biography of Walt (Walt Disney: An American Original) for me and put a hold on the first Kingdom Keepers book at our library for me and the kids.

I read an interesting novel called Midlife Mouse last year. It’s a bit odd - more magical realism than anything. It’s about a dad who has a midlife crisis and runs away to Disney World, but then what you think is his paranoia turns out to be real.

That sound a little like that movie that was secretly made at Disney. We watched about half of it on Netflix one night.

I have just bought the The Unauthorized Story of Walt Disney’s Haunted Mansion by Jeff Baham. I haven’t rad it but it’s my favorite attraction and the sneak peek looked SO good!

I just espied a book to look into in this Twitter pic: 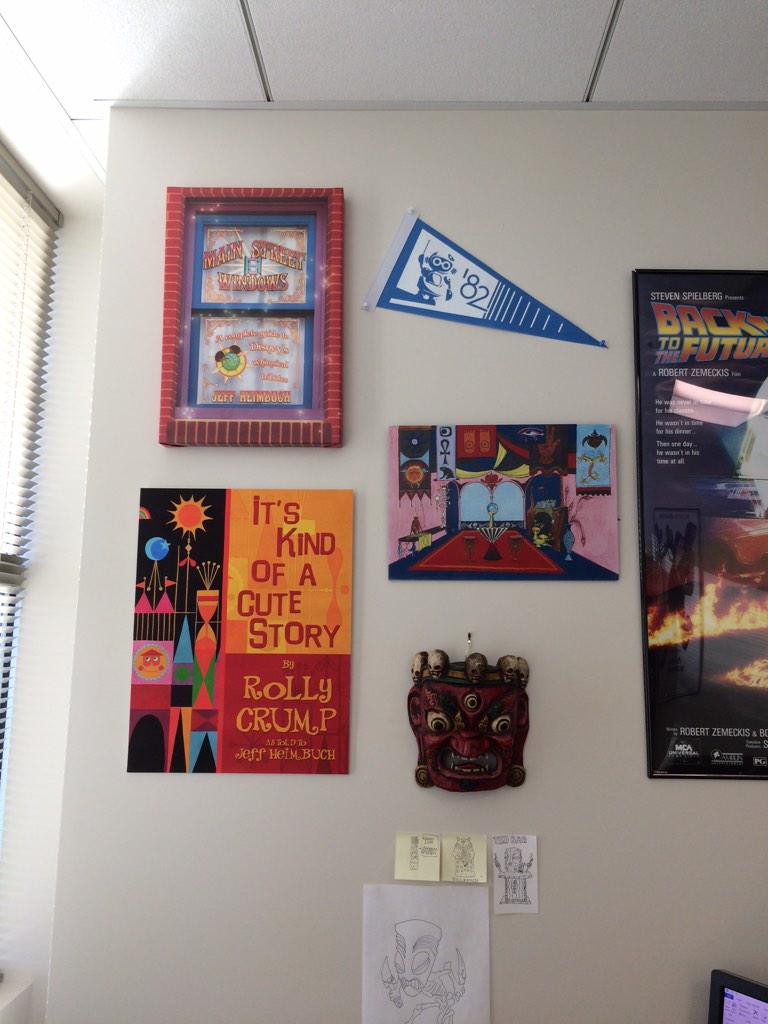 For reals, @imagineeringdis, the pennant makes an awesome addition to my office. Nicely done!

It’s kind of a cute story by Rolly Crump 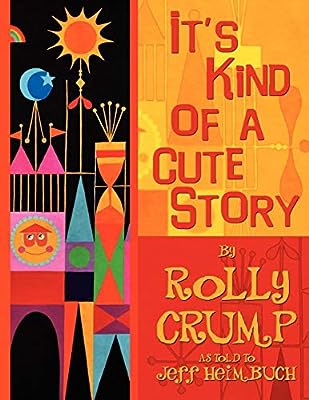 It's Kind of a Cute Story

See my library has it, going to pick it up myself on way home tonight!

BTW, I meant to also mention, if you plan to look for a kids’ travel book, ours LOVE the Birnbaum’s Walt Disney World For Kids.

Gives them clues as to what to expect, helps them get in on planning. They even broke them out and flipped through them over the course of the year after we first went and before they knew we were heading back. 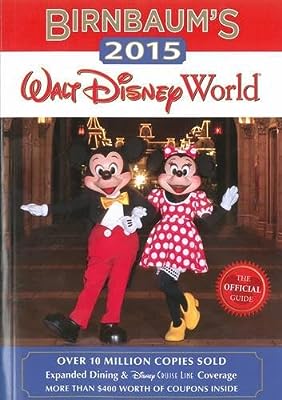 Sam Gennawey (who has appeared on The Disney Dish with Jim Hill podcast in Jim’s stead a while back – check out those episodes!) is the master of Disney architecture, design, and “why things were built like they’re built”.

He’s got a few books, one brand new one about WDW vs. Universal.

That’s on my Amazon.com wishlist, so if anyone wants to get it for me for Christmas, then I’ll share my review!

I’m in the middle of this one and it’s really cool. Lots of inside stories, especially surrounding the choosing and development of the property, to help you really understand the incredible human effort to build and maintain this magical place. 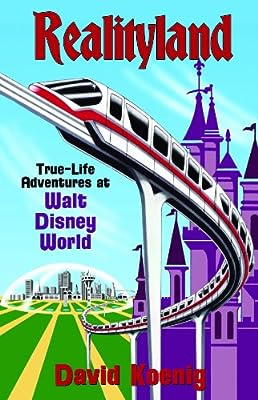 Highly recommend The Vault of Walt volumes I, II (and now, III) by Jim Korkis. He’s the world’s first Disney Historian, an ex-Cast Member (played Merlin at the Magic Kingdom) and has hundreds of great, nearly-untold stories about Walt, Mickey, and the parks. 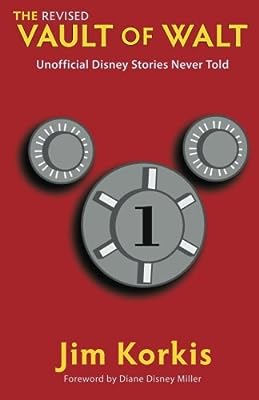 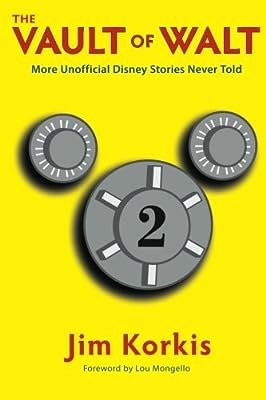 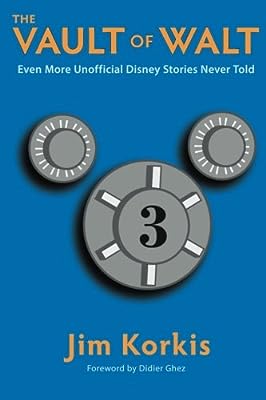 A sci-fi novel I highly recommend is Cory Doctorow’s Down and Out in the Magic Kingdom.