DFB Guide have a 40% off sale at the moment. I love their videos and I have an inexplicable crush on AJ so I figured I’d support them and buy a couple of guides. I got the regular guide and the Christmas one. After discount the total was only $16.

The regular guide is massive and I had high hopes. But so far I’m disappointed. I looked up CRT and there’s some factual information but no detail. There’s a link to a review on the website. But the review is not dated. It refers to getting a view of Wishes from the restaurant, which means the review is — what? — at least two years old.

This is not a what I expected.

Incidentally, Touring Plans suffers a little from this. I’ve seen information on some pages that is substantially out of date.

I’m a big fan of Tom Bricker’s site. But he, too, doesn’t date his entries. This is really unhelpful and possibly deliberately misleading.

It’s terrific that all three sources provide so much great information (and entertainment) for free. But dating entries would be helpful / honest.

I bought a few of those guides years ago. I enjoyed the pictures but my issue is that all of that information seems to be on the website. The only “guide” I found with real value to me was the Touring Plans : Walt Disney World Bars and Lounges. I have been hoping for an update but I refer to it as “the greatest ebook ever written”.

if you’re interested in that subject, you should take a look at this one: 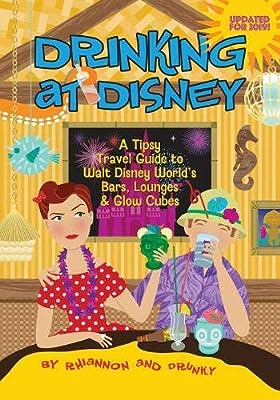 On DFB I found that often the date of the review is in the URL. Started checking after I had a similar frustration with not knowing how recent a review was.
Love the site but generally stick with looking at the news and you tube channel for the most recent updates and also because AJ just has the best voice lol
B

I’ve seen Bricker’s site often release the same article repeatedly on Facebook. It looks new, but if you check the comments, you see they are quite dated. I find this annoying - wait until you have new content, don’t keep rehashing the same old stuff!

I purchased all the books as my Christmas present last year. I feel good supporting other people’s work. At the 40% discounted price I do feel the information has great value. The pictures are awesome and have been sharing those with my group. We have the dining plan with 2 snack credits and have absorbed all of their snack books. I have notes in my TPS telling us what snacks we should be looking for on our journey. My pining for a Dole Whip float started with DFB. With the dated guides I do feel the majority of the info is as up to date as can be. But I live in Iowa and pay for a subscription to the Washington Post and New Yorker to placate my conscience.

an inexplicable crush on AJ

It’s her voice…I have the same issue…

Definitely what I would consider one of the higher-quality Disney-Info sources on Youtube. They cover a lot more than just food nowadays.

I ran into that with WDW Prep School when I was ramping up for my first trip and saw an article on technology. Little did I realize until the very end that the information was 2+ years old. But most of the information still held some value.

I feel your pain, but the only thing worse than no date is when the date updates to your current date, even though that’s wrong. I find that on news (or “news”?) articles all the time. You’re sure you read something, but it’s dated today. You commented in the comments section 2 weeks ago, but the article is dated today. At least no date isn’t trying to fool you. Actively.

Anyway, that’s my sort of

I mean it in the following sense. It is a choice not to date blog entries. Why would you omit the date? It seems to me you might do so in order to hide the fact that the entry is old.

What was ironic about the CRT review is that it simultaneously referred to a “new” menu and to the view of Wishes.

Is that menu still current? Which are the best options? And is the other advice still true? For example it says that meals at CRT are like the CG brunch — they are all-you-care-to-eat, i.e you don’t have to choose between the beef tenderloin and the chicken: you can have both. Really?

I mean it in the following sense. It is a choice not to date blog entries. Why would you omit the date? It seems to me you might do so in order to hide the fact that the entry is old.

Conversely, if things are rarely ever changing and what still holds true in 2019 as what did in 2014, it makes little sense to date it because otherwise it just looks like you are getting old info even though it’s perfectly current.

I’m not saying the CRT info is acceptable. Far from it. That should have been completely overhauled the minute the’s a change, but, in general, putting a date on never-changing information can work against the perception that the information is still of value.

For Example, should the CRT information have been 100% valid and on point, you wouldn’t have noticed if it was written yesterday or in 1984. However, if it was dated as 1984, you’d immediately question the validity of the info going into it.

BTW, that’s different than just leaving things undated. THAT is actively trying to “cash in” on old work.

I’ve seen Bricker’s site often release the same article repeatedly on Facebook. It looks new, but if you check the comments, you see they are quite dated. I find this annoying - wait until you have new content, don’t keep rehashing the same old stuff!

I am always a huge fan of his site and his content, but this drives me CRAZY as well! I also get the emails and it’s often the same articles over again too. I wish they were dated. Some he posts “updates” to and will occasionally date the update, but I always look at the comments to see how old a post is!

I had such a boring ride into work that I contemplated listening to old BoM podcasts, but I worry that almost all of the info will be out of date!