December 10 at 4:30 EST is Disney Investor Day Webcast - Four hour presentation on future Disney - Focus on Direct to Consumer Streaming, should have some Theme Park news

The Walt Disney Company will webcast its Investor Day 2020 on December 10, 2020. The event, focused on the Company’s direct-to-consumer streaming services, is scheduled to begin at approximately 4:30 p.m. ET / 1:30 p.m. PT. The Investor Day is expected to last approximately four hours.

Four hours, wow, here’s the link if someone is interested

Variety says there will be some Theme Park news 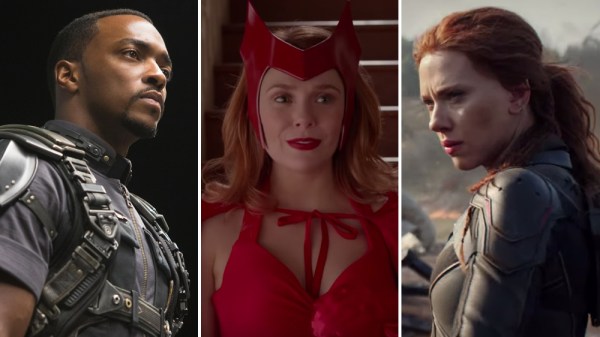 Disney Investor Day Preview: What to Expect From Disney Plus, Theatrical...

Thirteen months ago, Walt Disney shook up the entertainment world with the launch of Disney Plus, its heavyweight entrant into the subscription-video-on-demand arena: The turn into 2020, after all,…

Disney Plus: How to watch the event unveiling next year's shows and movies

Disney is set to lay out its 2021 streaming plans and ambitions Thursday, including revealing new shows and movies for Disney Plus, Hulu and ESPN Plus.

The part I’m most interested in is that there are rumors Disney will announce the Star Wars projects (film and streaming) that they are working on. Hopefully they will tell us the name or premise or director or SOMETHING of at least one film, and maybe confirm one or two of the rumored Disney+ series they are supposedly working on in addition to Mandalorian, Cassian, and Obi-Wan.

I hope that they announce the decision to release Marvel movies on Disney+ premier access when the release in theatres. I’m jonesing for new MCU movies.

I would love some more details on how they’ll be handling the 50th. We have hotel and park reservations for that weekend (including MK on the date of the 50th itself), but the talk on Disney Dish has seemed to indicate that most of the festivities will actually be taking place the following year in 2022.

Also, they confirmed that Taika Waititi is directing a Star Wars film. The big news was that Patty Jenkins (director of Wonder Woman) is directing the next Star Wars, releasing in 2023, called Rogue Squadron!

I am so excited I could bust.

Between the star wars and marvel offerings coming up, I am pretty excited.

I am so excited I could bust.

This! I was shaking reading all of the titles

My annual renewal for Disney+ comes up in the first week of January, nice of them to put on this show to help me decide whether to renew or not. I will definitely renew.

I was disappointed that in four hours they did not mention Disney Parks, Experiences, and Products. I would like something, anything new about the parks.

Here’s an article that addresses that:

Why Disney Ignored Theme Parks on Its Investor Day

If theme park fans are worried that Disney did not mention its parks during its four-hour Investor Day presentation yesterday, they should not be concerned.

In addition to what @Jeff_AZ said, they also announced the theme parks stuff at the D23 convention just a month or so back. That is where traditionally they announce parks news.

All of this is very exciting!