I was so excited… I had my plans set & I was done messing with my touring plans… BUT, now that the Frozen events at HS have changed from what was expected, it completely messes up my plans.

Does anyone have a TP that revolves around Frozen or any ideas on how to hit all of the events (sing along, parade, olaf stage performance & fireworks) while also doing other things at HS? It seems impossible to do everything you want to do & the Frozen events. My 5 year old daughter would be devastated (no I am not exaggerating) if she found out that I left out any “elsa” activity.

It doesn’t look like your plan is open to see, but in general it won’t be too terribly hard to squeeze in the Frozen welcome parade and singalong in. The biggest challenge is if you are trying to do Fantasmic and the Frozen fireworks. In that case, if you can sit where you will be ushered out on the right side of the theater, it is possible to make it to the Crossroads of the World and get a spot for viewing the fireworks after Fantasmic lets out.

Not sure who all is in your group, but if it is just a five-year-old with you, I’m not sure how many headliner attractions you would do at the Studios (not all kids are Tower of Terror or Rock and Roller Coaster ready), but this is one time when the lack of the attractions at the Studios will work in your favor to be able to see everything.

Thanks. I updated the schedule in my post, as I don’t know how to give access to my TP. It is just me and my 5 year old, so most the big attractions we can miss without a tear.

To make a plan shareable:

• Now, at the top of your plan, you’ll have a link you can give to others (good for sharing plans with friends). They can only view, not edit the plan.

Hooray! I did this and updated the link.

Also, you know your family best, but I always schedule a 3 hour break right at noon. I feel like you can almost tell what time of day it is when you see an uptick in the number of crying or cranky kids (usually around 3 or 4PM – just as I’m getting back to the park).

Again, not trying to force anything on you, just sharing!

My usual advice to anyone visiting is:
1 • Start early, start strong, break hard at noon
2 • Know that no matter what your plan is, the most you can hope to achieve is 75%. If something just doesn’t work out – make this pose and Let It Go. 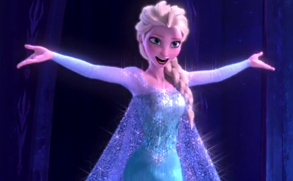 Good luck and have fun!

Do you go back to your hotel for the 3 hour break or just break somewhere in the park? They way I am calculating time, the travel time would eat up most of the 3 hours?

My daughter is 5, and so we’ve done a lot of those.

Unless your daughter is a huge Beauty and the Beast fan, you might skip that show, especially if you’ll be doing Enchanted Tales with Belle at MK during your trip. There’s a couple reasons for that–right now, you’ve got four shows where your daughter will need to sit still for 30 minutes to an hour each. Disney Jr. Live is something that she’ll love if she is a fan of Disney Jr. (and what five year old isn’t?). Even with having just seen the characters at Hollywood & Vine, it’s a very different experience. The Frozen Sing a Long is awesome for parents and adults, and is air conditioned. Little Mermaid, again air conditioned and pretty short. But for Beauty and the Beast, it can get beastly (pun intended) hot in the theater, as it isn’t enclosed and air conditioned. You also may be running in to an afternoon thunderstorm at that time, too.

Here’s something I played around with – it nixes the ADR at the 50s Prime Time Cafe, but if you’re just interested in milkshakes, you can either grab them at the lounge or get milkshakes at some of the other places around. The real challenge is getting back to the park to nail that TSMM FP+, because I’m worried that you’ll end up in a summer rain deluge at that time. If you could adjust it later in the day, then you could take a longer afternoon rest break with no problems and decide if you want to grab lunch (in lieu of a snack) in the park or get something at your resort.

So, I throught about what @roguepixel said about breaks… And all my other days, I did these breaks, just for 4 hours, not 3 (as it gave me more time for issues with transportation). I also thought about what @mascardofamily said about shows back to back… So, I changed it up a little to include an afternoon break, instead of a dinner break. I moved the 50’s cafe to dinner. I think this would work better.

Love it! As long as your FP+s work with those times, I think you’ve got a solid plan to keep kid and parent happy.

I completely understand what you are saying about Beauty & the Beast… I may decide not to go to this IF it’s raining this day (which is why I put it right in front of dinner, so I could opt not to go & rest longer at the hotel if need be).

Another question, does anyone know the stroller situation at HS? I most likely WON’T bring mine, but if I did, is there a lot of stroller parking here? Is it more of a hassle to park & pick up stroller than to use one?

We drive our own vehicle, and stay off-site. Most of the time, it’s significantly faster than Disney transportation (though you really cannot beat that “bus smell” – really).

Plenty of stroller parking, however because this park is a small one, our kiddo is able to do all the walking with no problem. The only time when we use a stroller is in the evenings for fireworks, as it gives her a place to sit (or even sleep) while waiting for everything that is past her bedtime.

It’s nice to hear that the 3 hour plan works! It’s very encouraging. I guess i gotta test it out and see how it goes with my daughter. The worst that’s going to happen is I plan for 4 hours & only need 3!!! Then I have more flexible time. I’d rather over plan than under plan.

Yeah, go for 4! You can always head back to the parks early. Better to get extra rest than not enough. Especially with the kiddos.

Love this! Thanks for the reminder that you can only do so much especially in the Florida summer heat!

We plan on doing the dance party and fireworks on a different day since the day after our main HS day is a pre-RD ADR for Akershus that I did not want to give up. We have park hoppers so for us it works out better to do the fireworks on a separate day.

Thanks for the ideas!!! To save myself from having to wait at M&G’s I scheduled the character breakfast with Doc, Sofia & Jake. I know there are a ton more characters roaming around HS… I am so excited to check them all out (even if it’s just at a distance)