His name is Pinocchio

No one is saying you have to remove your mask. Just because mandates are lifted doesn’t mean you have to take them off. You can wear a mask 24/7/365 if you want to - COVID or no COVID.

(And I am by no means anti-mask. But so many people seem to think that lifting the mandates is the same (but opposite) of putting mandates in place. That is not the case. Anyone can continue to wear a mask whenever/wherever.)

If I was the parent of a child that could not yet be vaccinated (<12), I would want the mandate to continue so all those that haven’t been vaccinated are mandated to wear a mask.

Masks are far more effective at reducing the spread of the virus from those that are infected than they are at protecting those from being infected.

It was difficult enough to get everyone to wear one when there wasn’t a choice. I have little faith that those that are chosing to not be vaccinated will voluntarily wear a mask.

I cannot begin to convey how thankful I am that my children are old enough to be vaccinated, and that we are not put in the position of having to figure out their risk levels every time we leave the house.

I have one child who cannot be vaccinated. Where I live, the same rules apply to indoor locations as what will be happening at Disney. I see people abusing the system. There are plenty of kids under 12 walking around stores without masks. I also see some kids (and adults) with masks. My 9 year old is wearing a mask at this point. We are going to Disney in November/December, even if he’s not vaccinated. At this point, his school is not going to be requiring masks in the fall. But it will be what it will be. We will vaccinate him when we can and live life. My DH and I are fully vaccinated and my 2 12 year olds will be in 2 weeks. Household transmission is most common for kids and we just knocked down the chances of that happening for him.

We are in exactly the same boat as you, with kids similar ages. I too feel much safer with 4 of the 5 of us vaccinated, but I’ll feel a lot better when DD9 can be. We’re going to have an abbreviated summer, but not a completely isolated one, as we did last year. I just learned that our neighborhood pool will definitely not be opening at all this season and I’m really mad b/c they voted in March and didn’t tell us; it would have been good to be able to plan. That seemed safer than finding a public pool. Oh well. They said it would have cost more than double b/c of all the extra health and cleaning professionals they would have needed. One thing I’d really like to find this summer for us is a real pool. 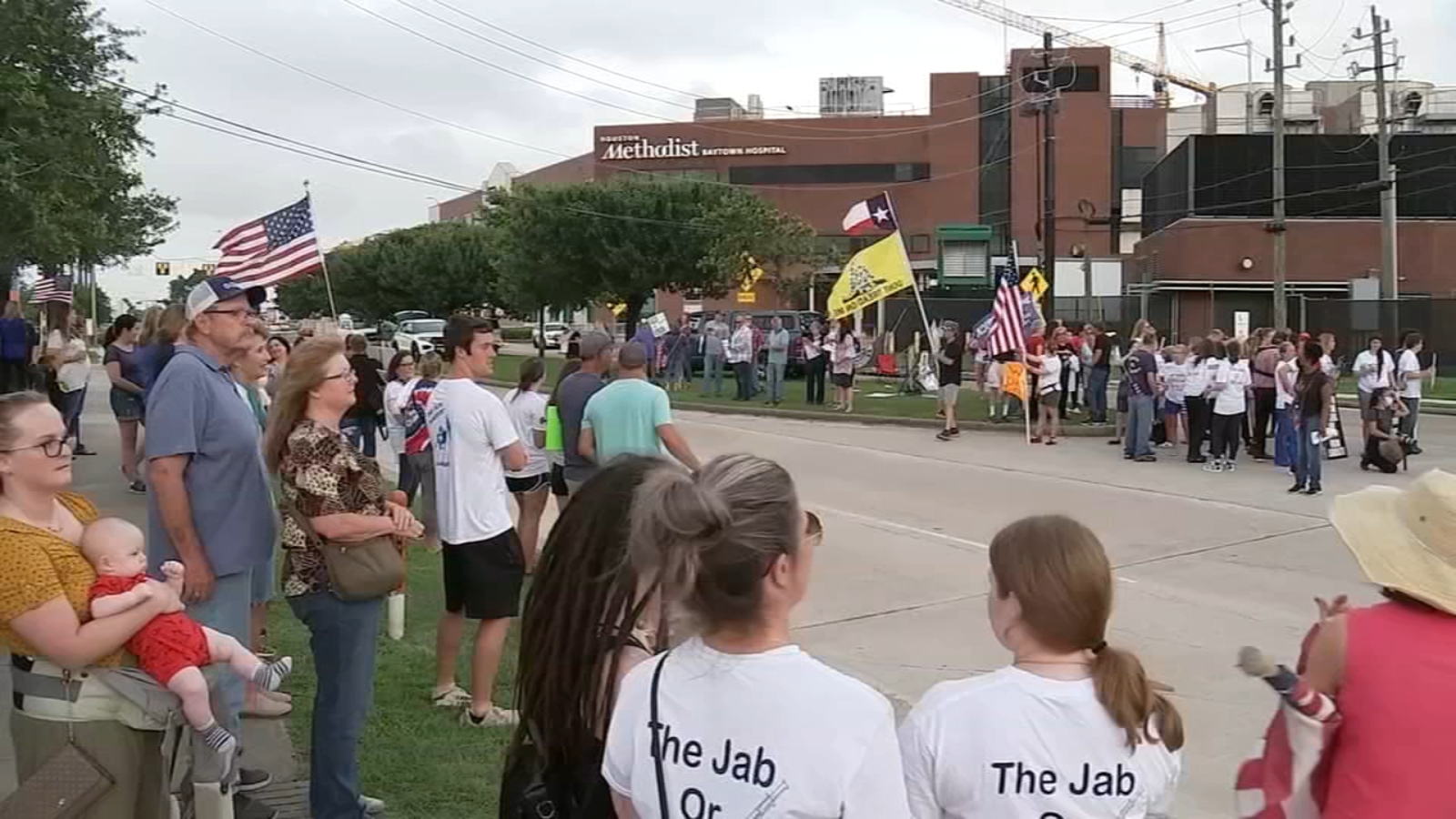 The employees had sued the hospital over its vaccine requirement. A judge called the lawsuit frivolous.

I think this weather forecaster may be seeing an asteroid impact for our bingo card? 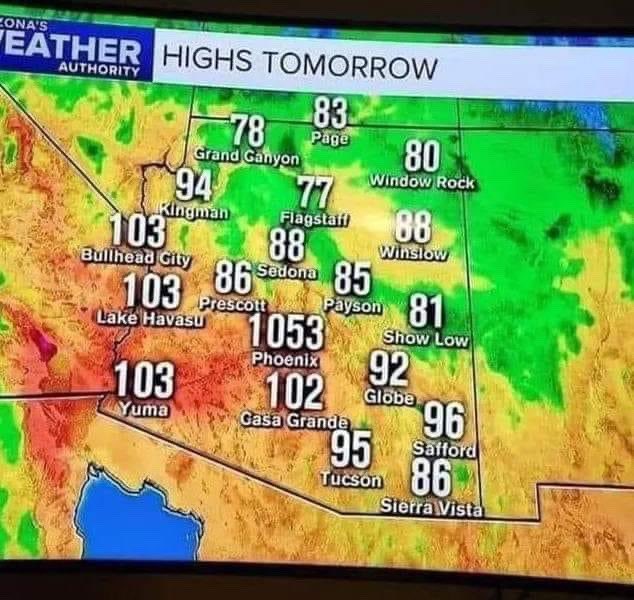 Gonna be a rough one in Phoenix.

I’d probably drive a few miles to avoid certain death if I lived there.

Well, it sounds like the Delta variant is growing in the US.

While prevalence of the variant, also known as B.1.617.2, is still low in the U.S., its prevalence has doubled since last week, rising from 3% to 6%, according to a report from HHS.

Not too surprising since it’s more contagious, but unfortunate since it looks like it’s more severe.

Last week, it made up 2% of cases in the CDC’s Southwest region, which includes Texas. Now it’s up to 10%… The weekly average of COVID hospitalizations in Texas has gone up four days in a row, which hasn’t happened since mid-April.

I’m actually not as concerned right now, when we’re heading into the summer, as I am for the fall. I really hope we can get vaccination rates up before then! Here’s what Dr. Robert Wachter of the University of California, San Francisco had to say via twitter; it’s a sentiment that I’ve seen reflected elsewhere:

Delta has made me nervous: I’ll now bet we’ll see significant (incl. many hospitalizations/deaths) surges this fall in low-vaccine populations due to combo of seasonality, Delta’s nastiness, & “back to normal” behavior.

Also, given how lucky we are in the US to have access to vaccines this is less of a big deal locally, but it’s good news for the world at large. 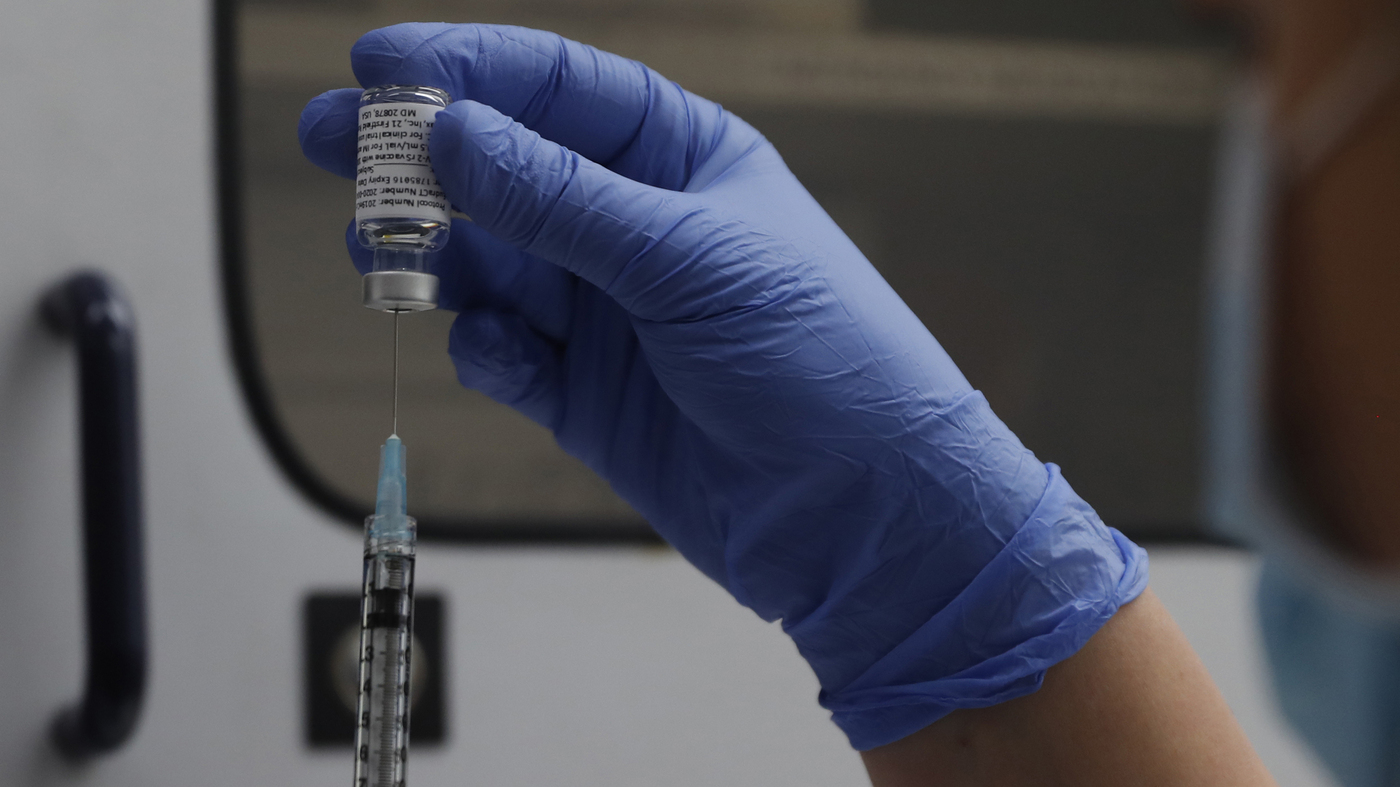 It also might be helpful to people who are hesitant about mRNA vaccines like Pfizer and Moderna and nervous about the viral vector vaccines like J&J and AstraZeneca. The Norovax vaccine is a protein subunit vaccines; such vaccines are already in widespread use, and include the hepatitis B and acellular pertussis vaccines.

Reports are saying the the vast majority of current/new covid hospitalizations are the non-vaxed. If that was more widely publicized it might help the vaccination drive? However I had someone tell me that hospitals were lieing… soo… there’s that

It’s the same here, most are un vaxed or just had the first dose.

Oh dear… the first dose… you have an elongated time between doses in the UK, I hope ppl aren’t complaining TOO much. I think your country’s plan to get it out to as many as possible was brilliant. I know the first dose offers protection too… like 85%??? Better than nothing and some flu shots

On a positive note. My 12 year olds got their second vaccines Saturday. They were a little tired, had headaches and their arms were pretty sore.

At the clinic where they received their vaccines, it wasn’t as busy as I’ve seen it before, but there seemed to be a steady flow of people coming in. Some walk in and some appointments. I’m not sure if they were people getting first or second vaccines, but there were a mixture of teens and adults coming in. I have not heard an end date for that clinic. I think people seem to be utilizing it, as they have evening and Saturday hours. They also do a mixture of appointments and walk ins. They fit the walk ins in as there is a lull in people coming in for appointments. It seems to flow well.

For Pfizer and Moderna the first dose only protects from Delta 30some%. The second vaccine provides much higher protection.

The AZ offers much less protection after one dose against the Delta than other variants, but then so does the Pfizer. Something like 75-80% of the people in hospital though haven’t had even the first dose. 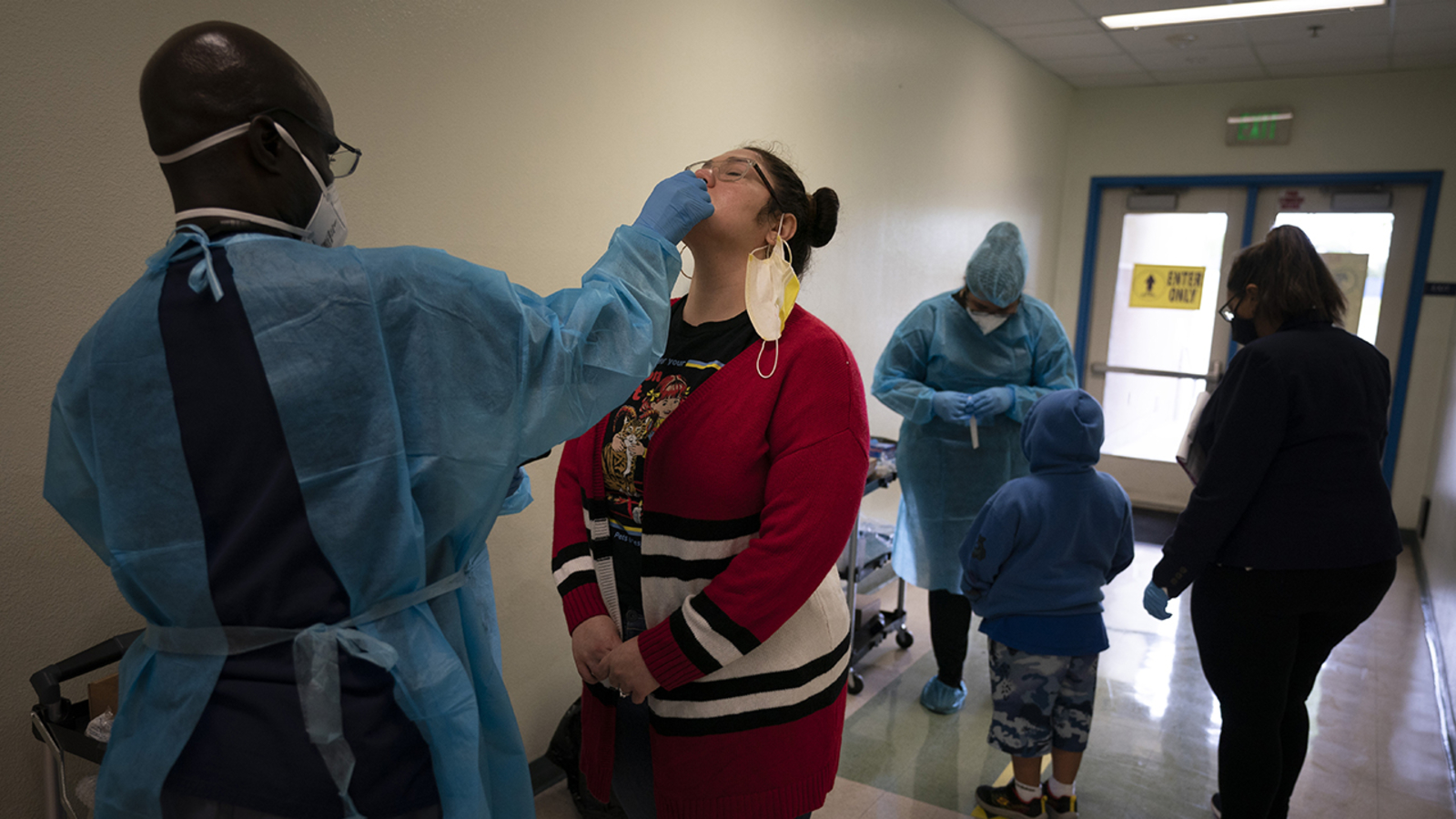 Delta variant: What to know about COVID strain first detected in India

While prevalence of the variant, also known as B.1.617.2, is still low in the U.S., its prevalence has doubled since last week.

Found the information in this article.

Are you loosing up as much there in the UK as the USA is? I think they are loosening up too much here…

It is fairly open here. All restrictions were supposed to be lifted next Monday but the PM will announce later it’s being delayed by 4 weeks. We’ll be less than 3 weeks from our cruise by then. I wonder if it will go ahead.