So, so sorry to hear about your exposure…

Peoples’ attitudes towards masks and isolation are infuriating, especially as we head into winter, though we will still be in the 80s and 90s this week.

. But I do place a small part of the blame for those attitudes on officials who enact requirements that make zero sense.

Moving is exhausting. Praying that the exposure is inconsequential and that you can cuddle up and enjoy your new home!

So happy to see you! We were all getting worried about you.

this is what every decision feels like these days.

I just shared this on FB this morning!!!

So glad to hear from you! Your contributions to this thread are much appreciated, but I totally understand that everyone has busy lives and sometimes needs to take a break.

Sorry about your inconsiderate friend. The least he could do was let you know his diagnosis before coming over.

Thanks!
My friend is not known for his common sense, which is surprising for such a smart guy. We used to joke that he had so many kids because he needed a couple of spares. But you could never find a nicer guy, or family, for that matter. We’ll miss them, COVID and all

I hope you’re able to get moved in without too many hassles. I’m a pack rat so detest moving! So we’ve been in our house 20 years. Which is ample time for much pack ratting.

That’s really unfortunate about the exposure. I really wish we could get more people on the same page with at least the basics. (“Stay home if you’re sick!” would seem pretty straightforward?)

Have you started up on the contact tracing as well? Or just focused on the move right now?

Thanks, I think we’re getting through the move well. Fortunately, DH can load things on one end and DS22 can unload them on the other- I just drive back & forth like a maniac.

Aside from the initial cases we’ve not had any more, so I have been getting off easy as far as contact tracing goes. I’m surprised but grateful in many ways.

My mother and I were just discussing this situation this morning. We used to go there when I was a kid. It’s hard to believe that people can be that dense or just uncaring. (Without more info, I’ll optimistically attribute it to the former.)

Do you know if there are any legal consequences for breaking isolation with a positive diagnosis? I have this knee-jerk reaction that there should, but I’m not sure if that would do more harm than good. It might just stop people from getting tested, making it harder to evaluate where and how much Covid there is in the community. Still, it would rub me the wrong way if someone could hurt or kill someone out of negligence or malice, and there were no consequences.

I’m sorry that you are now mostly back to remote learning. I hope that things get better and you can start more in-person schooling again later this year.

I’m so sorry to hear you are having to flip to virtual. That is so disappointing.

I have this knee-jerk reaction that there should, but I’m not sure if that would do more harm than good. It might just stop people from getting tested, making it harder to evaluate where and how much Covid there is in the community.

It’s not knee-jerk at all, my limited time as a contact tracer has shown me just how little people trust public health authorities already. Your thoughts are also in line with the non-punitive attitude of modern public health when it comes to addressing communicable disease in general.

But IMHO, it’s the recent failure of the latter that’s partially responsible for the former. We’re in a situation where people just will no longer comply. I think there are things that could have prevented this but in the long run, I’m not sure how much difference it makes regarding the spread of this virus. But it may have done long-lasting harm to the reputation of our public health system, from the WHO to the CDC and all on down from there.

I thought this was an interesting article. 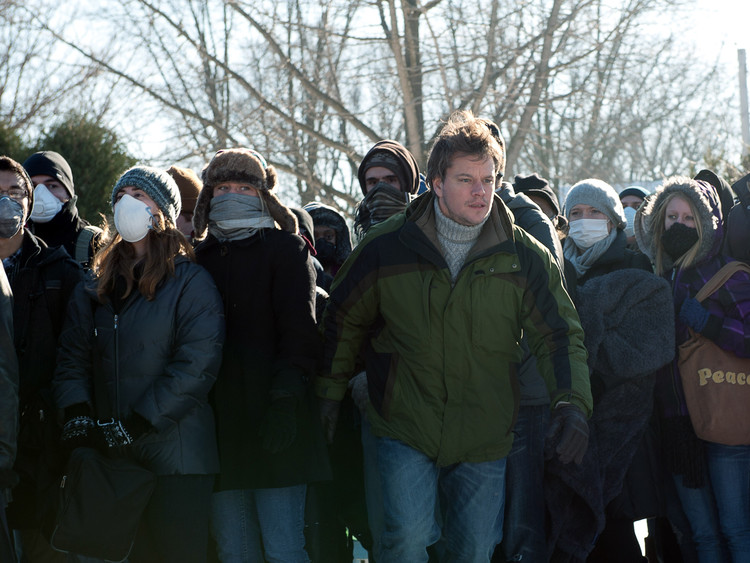 Figures suggest that men are more likely to refuse to wear face coverings than women. Olivia Petter investigates a gender imbalance in approaches to the pandemic

I read this Earlier and then started noticing more couples where the man was maskless. Coincidence or evidence?

Coincidence. I think I see more women with no masks here. Though I only really go out to the supermarket and I guess there are more women there. 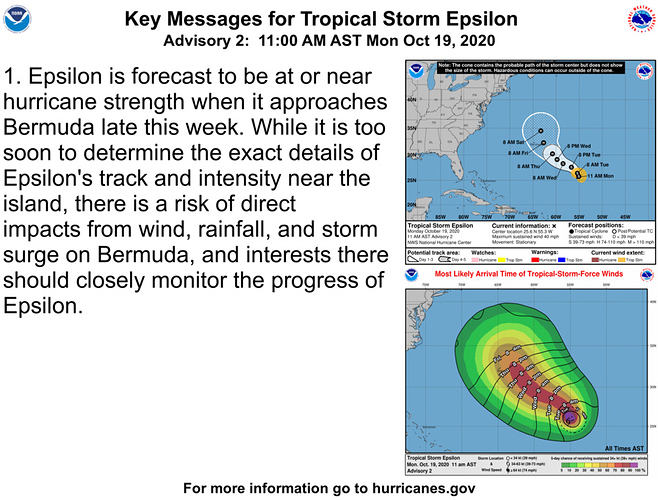 I’ll need to check in with my friend in Betmuda…again…,

I’m hoping for a mild tropical storm swirling in the Atlantic and dissipating harmlessly far from land.

I think I’ve seen several people who wondered if we could all just wear masks and go about our business. If the goal is to keep the rate of infection from growing (ie keep R0 below 1), this indicates that masks alone may not be enough. (The fact that the school closure was associated with a drop in cases does indicate that there was transmission via schools. I do wonder how much of the spread was during unmasked sports. If it was significant, then this example is less telling.) 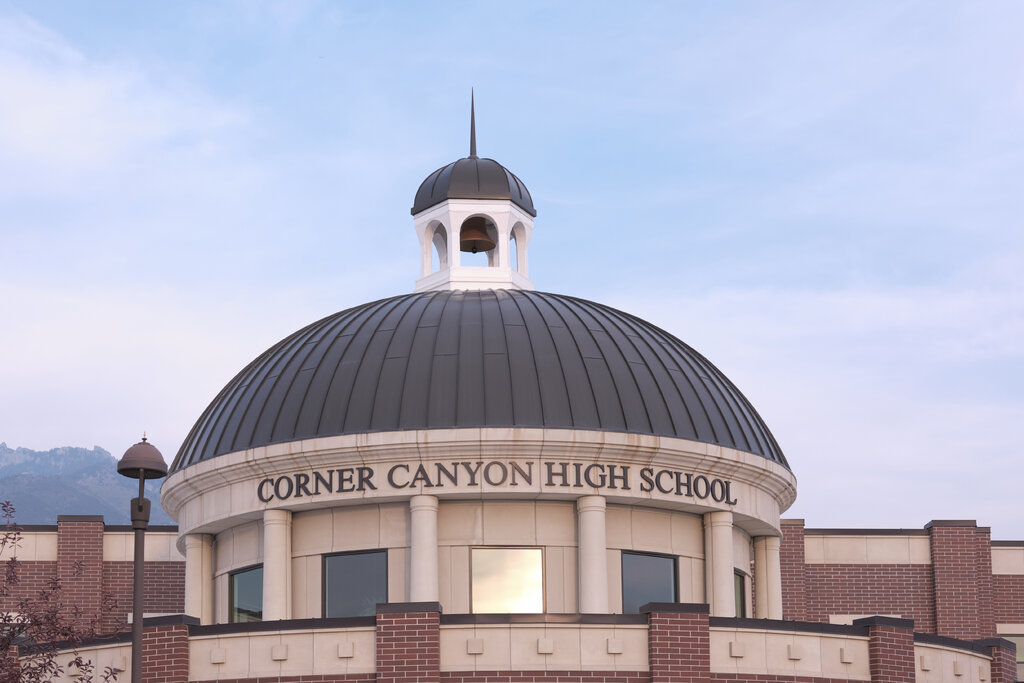 ‘Out of Control’: When Schools Opened in a Virus Hot Spot

In a suburban Salt Lake City district, coronavirus cases spiked as students returned to their classrooms.

The state had mandated that students and staff members wear masks in school, allowing unmasked sports practice and competition… the district seems to have made few adjustments to accommodate social distancing in classrooms.

Corner Canyon High School experienced one of the biggest coronavirus outbreaks at a school in Utah, and possibly the country, with 90 cases within two weeks — most likely an undercount, since not all students and staff who were exposed or symptomatic got tested.

Mr. Walker said he had heard from some Corner Canyon parents that there was an agreement among mothers at the school… not to get their children tested for the virus even if they became ill, to avoid adding to the school’s case count and contributing to it being shut down.

…once Corner Canyon shut its doors, cases among students and staff fell sharply. After a month of being closed, the school is set to reopen on Monday. As of last Wednesday, according to the district’s dashboard, it had between one and five cases.

This school kind of exemplifies what I fear happening on a large scale - I worry that people won’t take the necessary precautions, either because they don’t believe they’re necessary or they’re just tired of it all, and we’ll end up in a bad situation and need to shut large parts of the country down again to get the virus more under control. Well, either that or have a huge number of people infected with the associated consequences (possible long-term harm, death, etc.) I do NOT want another shut down if we can avoid it.

once Corner Canyon shut its doors, cases among students and staff fell sharply

What’s the motivation for testing when the school is closed.

Science needs data. With the media hyping anything producing drama, it’s difficult for the regular average person to separate fact from hype and act accordingly. While I wish they wouldn’t, I can’t really blame folks for deciding to protect their [perceived] options at the cost of furthering actual information.

If somehow all the media were required to wait a week before publishing any news story, we’d be a lot better off.

I wouldn’t necessarily count 1 district as an example for all. The majority of the schools in this area are doing at least hybrid, some full in-person, and are doing maskless sports (players have to wear masks on the bench). There is no massive outbreaks in schools or with the sports that are playing. One school in our district closed for a few weeks for a handful of cases, all of which came from outside of school. My kids go 4 days per week in person and their respective schools are still open after 2 months with very few cases. Masks are required in school and the school does not test. My 8 year old plays rec soccer without a mask and no one on his team has gotten ill. I live in an area with a lot of people who believe in “personal freedoms“ and cheat with masks, so there is not 100% compliance in the community. I don’t think this one district is a reason to panic. There may be other factors that need to be looked at as well.

Oh and just to add, I have no issues with personal freedoms per say, I was just giving you an idea of what my area is like without being political.

On the other hand, schools over here are all in person and no masks are required. Cases are going up rapidly but there doesn’t seem to be spread in schools.