I read someplace that California Screaming will be closed for longer term. We will be there as of March 18. Does anyone know if this attraction will be still closed?

Will Soaring be open in March?

Where can one learn about what will be closed in March? Thanks

Much of the Paradise Pier area is closed for a major retheming of almost everything there. I’ve read that “some portions” will have soft openings starting April 13th, so I would expect nothing before that. The generic Disney info is that it will be ready for “Summer 2018”. I remember reading somewhere that it would be a 6 month refurb schedule, so that tracks with “summer”.

Thanks. Based on this I would have assumed that King Triton’s Carusel, Little Mermaid: Ariel’s Undersea, Silly Symphony Swings and Toy Story Mania are also closed, but when I look at the calendar, they are open for as long as the calendar is available (end of February). I guess they might be in a different part of this land.

I’ve read that TSMM may have a short closure at some point in the refurb, but the plan is to keep it open as much as possible. LM is on the other side of the water, and as far as I know will not have any significant retheming. I don’t know any specifics regarding the swings or the carousel. 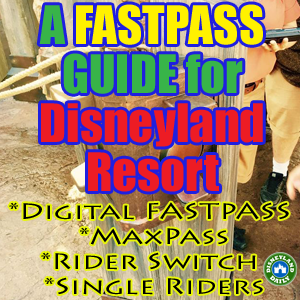 A FASTPASS Guide for Disneyland and California Adventure, Digital...

Yes, Buzz is no longer disconnected (very sad about that!) and also now the two parks are connected to one system where they used to be their own separate circuits & it was possible to be pulling FPs in one without affecting your ability to pull in the other. But the Disneyland Daily link you found probably covers that perfectly, because that is a great resource to use as well as TouringPlans!

So for the Paradise Pier, everything from Ariel’s Grotto to the end of the the now former California screaming will be part of a new land, Pixar Pier. Everything from the Silly Symphony Swings & back around the pier towards Ariel’s will remain as is with no changes, except a name change to Paradise Park. So unless there are other refurbs they will be doing on that side (& I highly doubt it), you can expect the Swings, Jumpin’ Jellyfish, Goofy’s Sky School, Golden Zephyr, Little Mermaid ride and all the stores/QS food in between to be open & unchanged.

As of this last weekend, TSMM & King Triton’s carousel were still open, but most of the space normally used for the TSMM queue was behind a boarded up wall so the queue for it was spilled out into the walkway (with CMs manning it instead of more formal chains). The fun wheel also had all its carts removed and where you could normally walk on the backside of the pier all the way to Silly Symphony Swings, that whole path was blocked off behind the wall as well. A long while ago it was reported that Disney filed permits to make an indoor queue area for TSMM with more shade coverage but nothing ever came of it, so it would make sense that at some point they put TSMM down to get that in as part of the pier re-configurement. I haven’t read much about the Carousel but it most certainly won’t stay King Triton’s since it’s smack dab in the middle of the Pixar part. I expect they want to keep that open as long as possible as well? For Disneyland it’s a game of waiting until you’re within 15-30 days ahead of time to really know what will be on or off the schedule as refurbs are very rarely announced except where they are ending attractions for good to replaced with something new.

Right now, the only mention I’ve heard from Disney on any re-opening is that the Cove Bar will be open to kick off the Pixar Fest on April 13th but will close down again shortly after to finish refurb for the summer. I imagine they will want at leaste some of the Pier to be up & ready (possibly the finished TSMM, midway games along the Boardwalk & Fun Wheel & whatever the carousel’s fate will be). The coaster though & full re-theme isn’t set to complete until summer, as mentioned. The release date for Incredibles 2 is June 15th & I imagine they will want to use every marketing advantage possible to sync up the new coaster with the move release so that’s a safe date to look out for.