This was my third trip in 3 years (4th total). I usually obsessively plan everything with the help of my handy dandy touring plans. This year was more complicated. We had 3 seperate groups going ranging from age 4 to 74. We were staying for different lengths of time, I was super worried about Christmas crowds and was pretty stumped by HS. I didnt put as much planning as I usually do.
We all stayed at Coronoda Springs. It was my first time at a moderate and I loved it. We booked through MVT and got a great deal. It was so nice to have some peace and quiet when not at the parks! Loved the theming of the pool area.
It rained a lot. All day somedays. I gave up on what plans I had and decided to just go with it. We booked a last minute lunch at Kona, (the best meal of our trip) and rode the monorail (our first time) to see the Grand Floridian. We also took a quick round trip ride on the skyliner. My boys (4 and 6) loved it as much as rides in the park
We attended The Christmas Party which I regret. It rained hard for the first hour or so. Tomorrowland was flooded. Lines were long. The rain eventually stopped but I spent the night in soaking wet socks and shoes. We went back to MK the next day and they had the same xmas parade and left up some of the ride overlays. So the party really seemed like a waste of money.
We went to HS on Christmas Eve. Caught the bus at 6:10 and was scanned in to the park before 7. We got in boarding group 71 which was called around 1:30. They do have rider switch and didnt even ask about height. We waited about 35 min for our group to come off the ride. After the switch off I got to skip the line and go straight to the start of the ride. It was amazing!! But my brother who is a huge star wars fan agreed with me that FOP was still better.
I found out about internal rider switch this trip. Not sure if it is new? My son is very big for 4 so I wasnt sure if we could use rider switch (especially coupled with the DAS my older son has). Because he was tall enough to ride we would all go into the line as a group but the switch took place right at the loading area. It was very convenient.
We met my step daughter there. It was the reason I agreed to go that time of year. The first day while waiting for the bus she said “I’m so happy both my families are together” and it brought me to tears. Despite the rain and the crowds it was a magical experience as always. Allready planning 2021 trip! 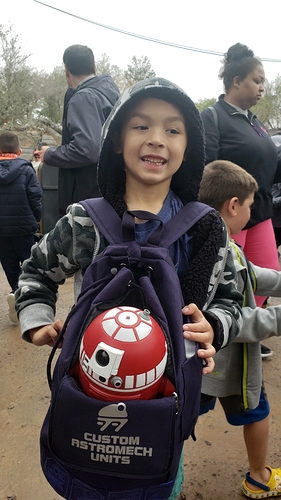 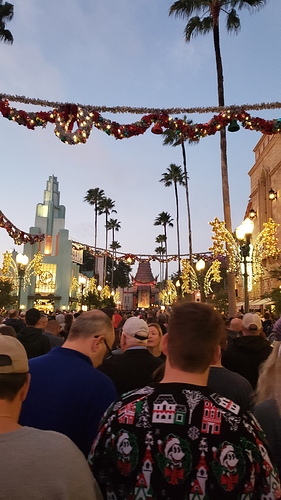 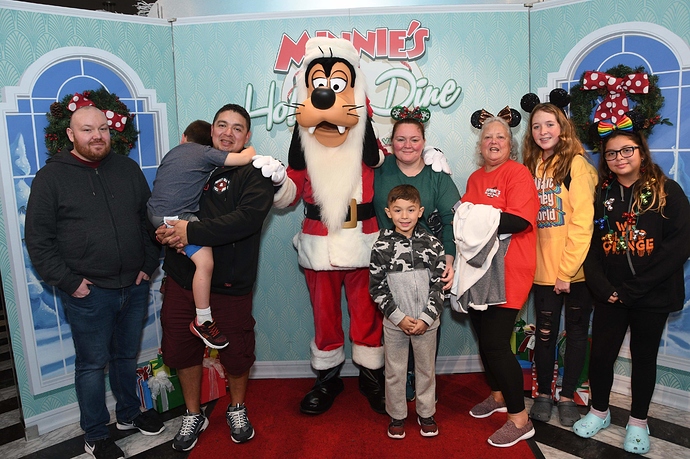 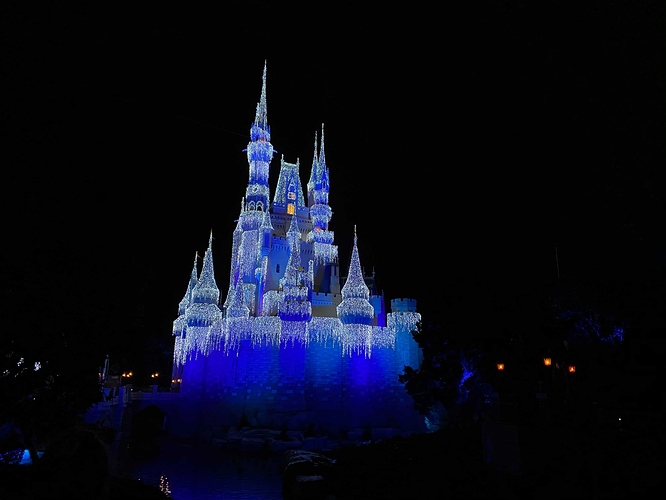 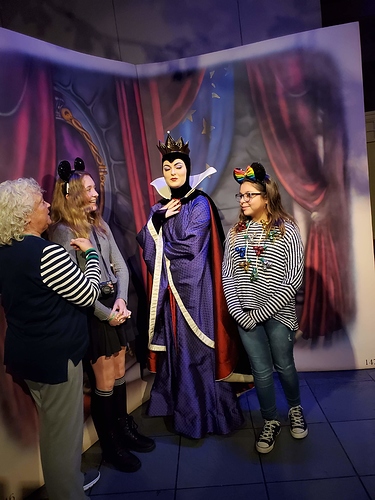 What a great report and pictures! Thanks!

Also a few things to add.

I was told Storybook Dining at Wilderness Lodge was amazing. My brother and I skipped to go to Sanaa. but the rest of our group loved it, especially meeting the Queen. The bread service at Sanaa was delicious but I probably would not go back. I wasn’t a fan of the location or the style. Next time I’m doing Storybook!

We went to Tom Sawyer island for the first time and my boys had fun . My feet hurt but if they were a little older i would have parked in a rocking chair and let them explore.

I had posted earlier about being 1 ticket short for the Christmas Party. My 4 year old has anxiety and was adamant he didn’t want to go until of course he changed my mind. The party was sold out but we were told to see Guest services at MK. We explained the situation and they sold us a ticket. It seemed like everyone around us had the same sob story so I felt bad. I work registration at a large event my company holds and I know how annoying it is.

We had an 8:45 ADR at Ogas Cantina. It was way too much for me. It was packed, there is a droid DJ’ing so the music is loud. Lights were flashing at our table. It was just too overwhelming. Maybe if it was just my husband and I at night I would have liked it more. The breakfast rolls were really tasty though.

Lightning McQueens racing school was perfect for my 4 year old who is a big cars fan. Lightening McQueen looked so real! If you don;t have really young children probably better to skip though. It wasn’t very exciting.

My guys loved building their droid. They give you a little baby carrier type thing to carry it around the park. It chirps and interacts as you move around. Prices start at $99 I believe but my husband bought extras like a personality chip and blasters so it ended up coming closer to $200. I thought that was nuts but I was over ruled. It comes with a remote control so you can play with it at home but it will probably end uo just sitting on a shelf next to our banshee.

Living with the Land was decorated with Christmas lights. I can’t explain why but my family loves this ride and the lights made it even better! 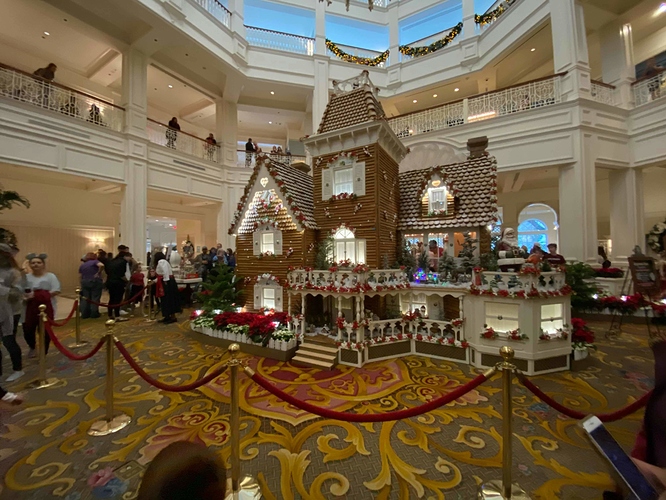 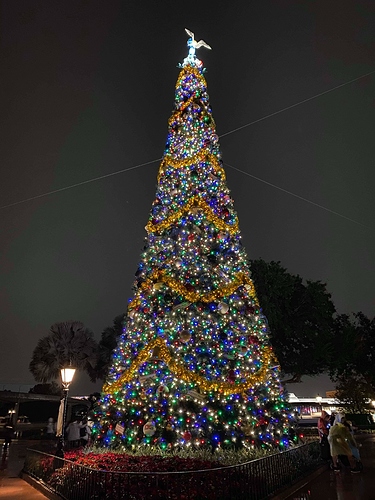 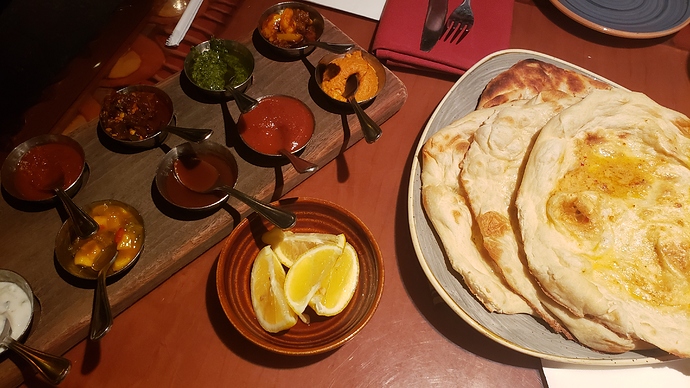 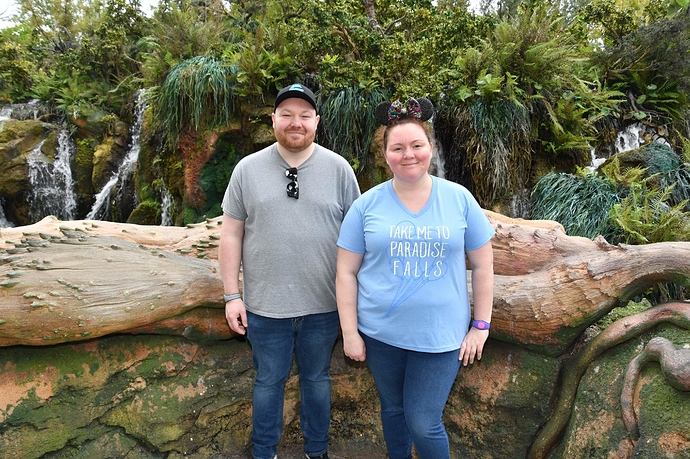 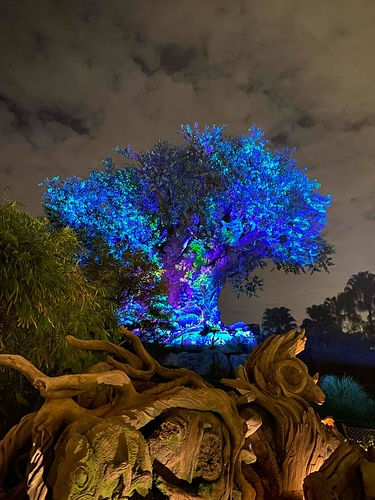