Can it really be this easy?

As I may have mentioned before — a lot — it has been clear to the point of near-certainty to me that my days of visiting Orlando are over for now, and likely for some time.

This reality caused me to suffer a real sense of loss and consequent depression.

But something sparked a new planning drive in me last week. It started by booking a short trip (two nights) to a UK theme park (next week!). I then added another similar trip to another park for October.

Finally, I reverted fully to the type of vacation planning I used to undertake before I discovered the delights of Orlando, and booked a couple of trips away — in September and at Christmas — for Calvin and me.

Since then I’ve been sleeping better and have felt much more positive about life. If I’ve been going through the five stages of grief, it’s felt like I’ve reached Acceptance.

And it feels right. For me. I’ve said before that I may not return to Orlando until after Calvin and I are parted, and I continue to believe that this is the right approach.

I’ve also discovered that UK-based vacationing is laughably cheap compared with US-based vacationing! My budget for the next twelve months — six short trips, once every couple of months — is the same as a single six night stay at WDW. Double the fun for the same price. Since for the past two years I’ve taken two WDW trips a year (one nine night, one six night) my bank accounts and credit cards are breathing great sighs of relief.

I’ll probably dip in here from time to time, though I’m wary about doing so. I don’t want to become “confused” by reading stories about how Tron is the greatest theme park ride ever constructed and how the new Castle paint job is so beautiful guests have been fainting on Main Street.

I fully intend to return to Orlando. But not for some time. And that first return trip, when it happens, will — I suspect — be filled with the kind of magic and excitement that regular trips to WDW tend to lack.

And if it turns out that Ratatouille is life-changingly awesome, well they have the original at DLP, and I can easily see myself taking a short break to Paris. A couple of nights away from Calvin is within my tolerance, and I won’t be an entire continent away from him should I need to return in a hurry. (He’s ten next month.)

All this being said, I haven’t cancelled my October booking at Endless Summer at UOR. Yet. I trust UOR to refund the deposit when the time comes to cancel. Who knows what will happen between now and then that may make me want to escape back to Orlando. (Though, honestly, the COVID graphs I’m seeing are making the entire US a no-go zone. I’m grotesquely and selfishly hoping my October flights get cancelled so I can get my money back. The UK tour operator TUI has cancelled all Disney packages for the rest of this year, so maybe?)

For those of you who live in the US, I know — having toured it widely — that it’s a beautiful and diverse country. If WDW is no longer on your agenda (masks! no fireworks! no parades! no character meals!) do remember that you’ve got almost an entire continent worth of goodies you can go explore instead. Booking something now might make you feel a whole lot better.

It certainly did for me.

(Oh, I got my refund from Disney for MNSSHP today. Which means I now have no financial ties at all to WDW.)

Be sure to drop in occasionally, @missoverexcited isn’t nearly as easy to rile up with UK jokes as you are. 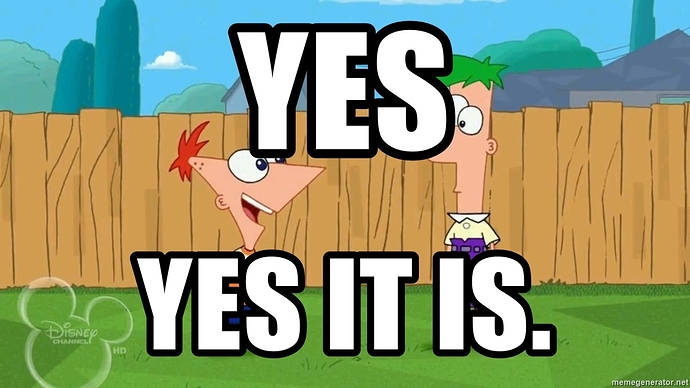 And, may I say, finally.

I submit that when you’re ready to return to Florida, continuing with a couple UK trips each year may be very healthy.

Just saying, I would love to read trip reports for UK parks!

This is mostly for selfish reasons - I appreciate your writing style and I am very interested in European theme parks. But also, I extract value from being in this community even without any intent of visiting WDW and maybe you would as well

I would love to read trip reports for UK parks!

If the despotic moderators (@missoverexcited and @PrincipalTinker know who I’m talking about) will allow it, I’ll be happy to write UK Disney World trip reports.

All trip reports are welcome. Although there is a non Disney Park Section, you can put your report under any section. I am sure liners would love to read all about your trip!

Wait? You’re not going to Disney this year?!?!

You’re not going to Disney this year?

If you do a Disneyland Paris, I’d love to follow your planning and read your trip report.

Also, is Calvin a shorter lived breed? I thought dogs could live well into their teens.

I enjoy hearing from you and reading about your travel plans wherever they may be. I read this forum all the time even when I don’t have any upcoming trips planned.