I am excited to finally be getting back to WDW! I had two trips cancelled during the pandemic and it’ll be almost 4 years away when I finally get to go back with the family October 15th. As an ER doctor, watching Disney vloggers and dreaming of this day is something that got me through the last few years!

That being said, I’m putting waaaaaaayyyyy too much thought into this trip. Still waiting to get my Space 220 reservation to pop up, but otherwise feeling pretty well prepared. My last big question is which camera to bring.

I apologize if this is a repeated thread but I didn’t see anything recently about cameras when I searched. I will be bringing my iPhone 14 Pro. I also have a Canon G7X Mk 2, a GoPro Hero Black 9, and a DJI Osmo Pocket. I have a Sony a6400 as well but I really don’t want to be bogged down with a larger camera, camera bag, and lenses. I really am just planning to bring a smaller sling bag for park necessities (ponchos, snacks for the 7 and 8 year old, etc). I honestly want to enjoy the trip with the family but I do want to take some nice pictures, maybe a ride video or two and I want the option to be able to do some nighttime pictures/video during Not So Scary.

Would love any input on what people have brought recently and what setups they’ve had the most success with. Any strong opinions, good or bad, about the cameras I talked about above.

Thanks ahead of time! I really appreciate it!

I would stick with the phone and in the spot you would have put the camera, bring an Anker battery. You can get one that will charge your phone like 10-12 times (or multiple phones a few times each) between recharges.

The iPhone 14 pro has a great camera. The Max Pro camera is the best one, but the regular pro is as good as most regular cameras.

The GoPro may come in handy for water park days or action video.

I agree with Jeff.

I used to enjoy bringing a separate camera, but after my Olympus got killed in a sudden downpour (it was in my backpack, which obviously was not waterproof…) I just stick with my phone. I miss the reach of my 40-150mm lens, and the picture quality isn’t as sharp if I pixel peep, but the convenience more than makes up for it.

Since you don’t want to hassle with the a6400 and its lenses (understandable!), I’d go the next step and not hassle with any of those other cameras either. With computational photography, high-end phones can take snapshots that are about as good, and sometimes even better, than what the average amateur photographer usually manages to get out of a real camera – even at night.

If you had a bargain bin Android phone, then yeah, bring another camera. But if you’re going to have an iPhone 14 Pro, it’s kind of silly not to use it.

I’m following b/c I have a potential trip to Alaska and want a 2nd camera beyond my cell phone (galaxy).

I agree with the other writers, at WDW you’re not going to generally need things like an extreme zoom. For comparison, my desire for a better camera for Alaska is to photo far away wildlife quickly as they are moving. At WDW I pretty much only used my cell phone and got every pic I wanted–thousands of them, we take a lot of pics. I guess the only deficiency with my cell phones was at night, but my last trip was 2019 and the night cell phone pics are better now.

To be a contrarian, we will always bring a video camera to WDW on our trips. It’s a little old fashioned, but we still like the family video feel when rewatching vs the short clips taken by a phone. We have very basic sony handycam that we bought before our first was born and use it periodically, but for WDW will take a couple hours of footage over the trip.

I still remember going to Best Buy, we were maybe 25 and expecting our first kid, the sales associate was about our age. When we asked about the video camera, he was like “Wait, why would you need this, don’t you have phones?”

Another vote for phone + external battery. With the Fla sun and these phones, you’ll be taking some great pics. I’d suggest searching the web for tips on pictures. My best one is to know that having the subject in the light and not having light behind the subject is a great start. ALSO, I highly, HIGHLY recommend letting your subjects know that photos are mandatory when called upon, and that the faster they fall into position, the faster the photo is done. Complaints and lackluster smiles will only result in time wasted, because the “good” photo is going to occur no matter how long it takes. Candids, sure, those will happen, but when you see a great photo op unfold in front of your eyes on the fly, your party needs to be ready to pose at the snap of a finger. It’s not that big of a deal and super quick once they figure out how simple it is to smile and stop whining, and stop moving.

Welcome to the forum!

I still bring my big camera on a rapid strap with an extra lens in my backpack. I like the ability to have a lensbaby on camera and macro lens with me. I also find it way quicker and easier to pick up my camera when it’s at my side and make a photo than to take my phone out of my pocket (or more likely out of my bag).

Compare the quality between the iphone and your pocket style or single lens cameras. Is the difference enough that you want to carry both? In my opinion, the size difference between the G7 and the a6400 is minimal and I would go with the Sony for the versatility. And throw the GoPro in the bag for fun.

I’m a semi/serious amateur photographer, ant I always hauled my Nikon DSLR around the parks. On my last trip I used only my iPhone 13 pro and got as good or better pictures than my $1,000 Nikon rig. ( I took almost 1500 pictures). The iPhone has such good resolution you can simulate a long zoom by shooting in the 3x mode and crop way down afterwords. I went through a period where I was doing 5 or 7 shot HDR brackets, and you can’t do that in an iPhone, but unless you’re really looking for “artsy” pics, the iPhone with some Photoshop assistance will give you the same results.

I guess it might depend on what cell phone, but we’ve taken videos up to 30 min long on ours.

I’ve been into photography ever since I was a kid and have way too much camera equipment, especially considering I use my phone 99.8% of the time. nowadays I use a Sony A7 iii, but newer phones are so good that they tend to make cameras useless for everyday shooting, it almost makes me depressed, being a gear nerd

Sometimes I’ll take the same shot with my Sony and my phone and realize the AI on the phone is so good that it fixes colors and everything better and I need less post processing. Of course, if you look at them full screen (especially low light photos) the shots from a proper camera will be higher quality, but most of the time the phone photos are just fine. If you need zoom, it’s a different story but phones are getting better and better with this too.

So long story short, I agree with the phone + powerbank suggestions

As a photo enthusiast, I agree with the crowd to just use your iPhone. After watching my Nikon DSLR collect dust for a few years, I tested out a Sony RX100 vs my then iPhone 8 max. The quality was marginally better on the RX100, so I figured what everyone else here has: the camera in your pocket is the best one! I upgraded to the iPhone 12 Pro Max and haven’t looked back. With a 14 pro, you’ll be doing great. If you’re worried about losing reach, Moment, Sandmark and a few other people make great zoom attachments. They even make gorilla pods and tripods for phone shooting as well.

I’m following b/c I have a potential trip to Alaska and want a 2nd camera beyond my cell phone (galaxy).

For Alaska I’d recommend some type of DSLR with a long lens for getting better pictures. You need the wide one and the other one. I’m obviously not a camera person, but I have a Canon Rebel DSLR that had those two lenses that came with it, and I used both a ton in Alaska. Without the zoom of the long lens, I wouldn’t have been able to catch the pics of the grizzlies in Denali!!

This was 5-6 years ago, so at the time, I don’t think either my DW or my phone were that taking that quality of video. Also, neither of our phones had much storage capacity, so adding hundreds of photos and hours of video wouldn’t have worked during a trip.

However, now that storage or quality are no longer issues with our phones, it is making me reconsider things.

The iPhones take fantastic pictures and videos. I’d bring that and nothing else. 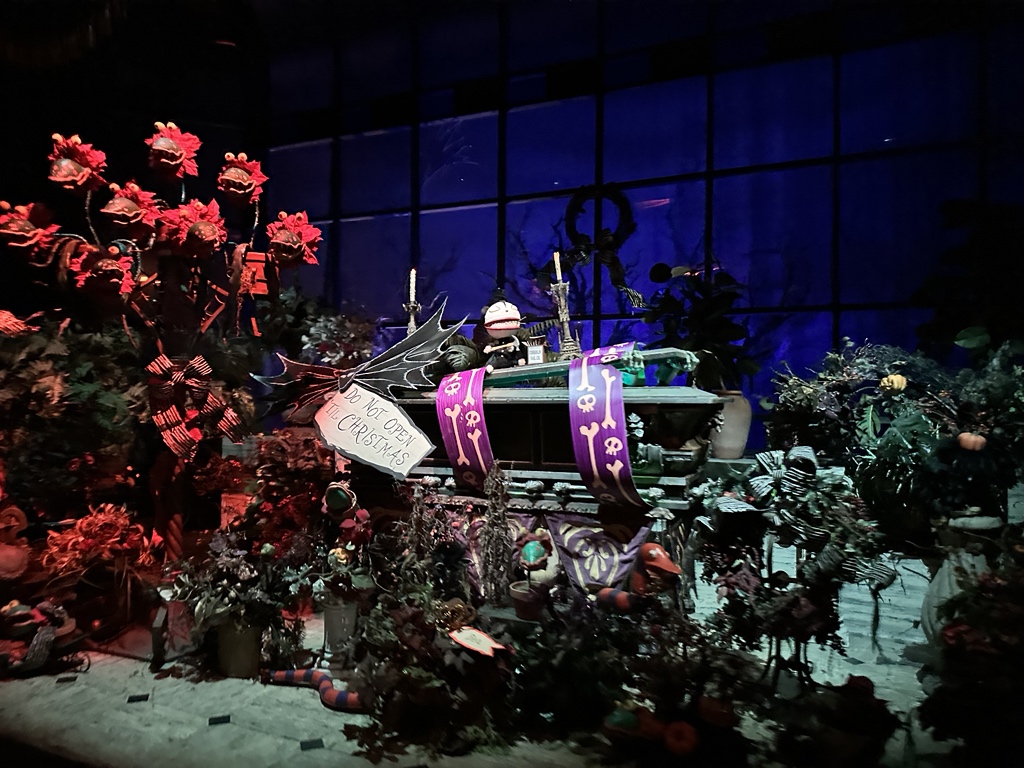 Since our first family trip 10 years ago I’ve been using a Canon SX50 that has a crazy zoom - has really done me well. (Most photos in my trip reports on TP forums were taken using it.)

An all in one, but with a regular body feel it is definitely a little bulky, but I like it that way. It rests nicely in my hand with a neoprene wrist strap, and I can stow it very quickly in parks etc using a belt case.

I do tend to use Auto mode a lot, but you can do as little or as much fiddling as you want to with various settings. I believe there’s now an SX70 model out there with similar functionality.

Sadly, over the last couple of years the autofocus on my SX50 has gotten wonky - last year I ended up ditching it early in the trip and just using my phone. To be honest - that was a pain in the neck to me.

I take a lot of every day photos with my phone, but on a vacation and often on the move I felt like I was going to drop it all the time - and I took more photos with my finger in frame that week than the rest of my life combined.