Hey everyone. I know a lot of you have been doing Disney stuff at home while we’re all stuck at home. We were supposed to go to Universal over spring break, but canceled right before all this became official. Last week it really hit how much we miss it!

We started doing what you guys were doing, but instead with Universal. Everyday, we started watching Universal movies at night—HP, Jurassic Park, etc. During the day, we’d play 60s music like we’d hear in Cabana Bay, or the Universal/IOA music loop on youtube. We watched a couple of ride videos to relive our favorite rides. We made pumpkin juice, and it tasted pretty similar to the one we’ve had in the parks. We even made our own version of the Margaritaville volcano nachos.

What ideas would you do if you’re into Universal?

Watch The Mummy with Brendan Fraser.

Yeah, that’s on our list! The Mummy ride is one of our favorite rides!

Rig up some “interactive” wand stations

Every year we do a Harry Potter marathon and make frozen butterbeer, cauldron cakes, rock cakes and pumpkin juice. We’re also a big Lego family, so we build Harry Potter Lego sets. (They also have other Universal brand sets as well, plus you can create your own Universal scenes if you are Lego family with a lot of them laying around!) And when I miss Universal, I will put pictures from my past trips in a slideshow and watch those, along with all the videos I’ve taken. It helps to bring back happy memories.

This was in the news. A free online collection of child-friendly activies.

We know that everyone is trying to keep safe at home at the moment and so, with J.K. Rowling and our friends at Audible, Bloomsbury, OverDrive, Pottermore Publishing and Scholastic, we are delighted to introduce Harry Potter At Home to help children,...

Missing my Universal very much this morning

, needed to get my fix. https://youtu.be/KptH_MD2yXk

I ordered a 4-pack of these beauties direct from the Universal Orlando website. (I’m one of the few ppl who doesn’t like Butterbeer. Why is Butterbeer carbonated?? 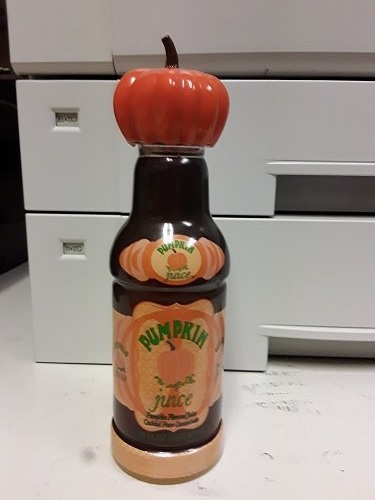 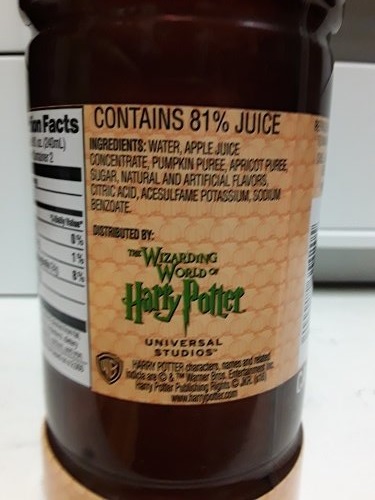 Butterbeer is so much nicer than pumpkin juice!! That’s pretty cool though.

YUM!! I found a recipe that was for how to make the pumpkin juice online, but was hesitant to make it because I’m the only one in my house who likes it, and I can’t drink that much, lol! I love the bottles, how long did it take to get shipped to you?

In terms of butterbeer, I LOVE it. However, I think only the regular one is carbonated, not the frozen or hot one.

This weekend, I’m attempting to make the homemade one! @rebeecky, I think I finally found the ingredients, and what I couldn’t find, I will improvise! I’ll let you all know how it turned out, lol!

I have made pumpkin juice in the past and it wasn’t bad. Good luck with the butterbeer! Can’t wait to hear how it goes!

I love the bottles, how long did it take to get shipped to you?

Just a couple days… I ordered it sometime during a weekend arrived before the following weekend.

I think only the regular one is carbonated, not the frozen or hot one.

I was soooooo sad the first time I had it and disliked it. I was so looking forward to it! I’ve had the “knock off” brand from other sellers. That one isn’t carbinated, but it’s too sweet / intense “butterscotch”. You have to make a ice cream float with it to balance it out.

And to be fair I’ve tried it in every form, except hot. (ice cream / fudge / drinks & etc…) I love Harry Potter and REALLY wanted to like it.

We started doing what you guys were doing, but instead with Universal. Everyday, we started watching Universal movies at night—HP, Jurassic Park, etc. During the day, we’d play 60s music like we’d hear in Cabana Bay, or the Universal/IOA music loop on youtube. We watched a couple of ride videos to relive our favorite rides. We made pumpkin juice, and it tasted pretty similar to the one we’ve had in the parks. We even made our own version of the Margaritaville volcano nachos.

Look into the recipes offered on the Universal Orlando blog!

So, I followed the recipe for Butterbeer that I found online, but left the cream soda alone because I didn’t have caramel and butter extract. I tasted really good. It was really sweet, but I knew that going in. It did taste like the parks, though especially when you drink it with the topping. I had extra of the topping, and got to trying it with other stuff, and here goes:

I had made unfrosted yellow cupcakes yesterday, and had some leftover. I used the leftover topping to frost six cupcakes.The taste of the topping with these cupcakes were DELICIOUS! Tada—butterbeer cupcakes!!! It wasn’t as sweet as the drink, and had a good flavor. My family loved it also, and it’s a recipe I plan on making again!

I also tried it in coffee, and it tasted pretty good too. I drink my coffee black, so it balanced out in terms of not being too sweet.

I think you need to share that recipe! I’m glad it turned out so well and you have created new butterbeer recipes!

Well, for the topping, I put 1 cup heavy whipping cream, 1/4 cup smucker’s butterscotch ice cream syrup, and 1/4 powdered sugar. The recipe in the link I used asked for 1/2 cup of butterscotch, but I didn’t want to overpower the taste. With mine, it still had a good amount of flavor it in.

I mixed the cream in a bowl with a whisk by hand. I mixed for about five minutes before the texture changed. That’s when I added the butterscotch and powdered sugar, and I mixed a little more. I didn’t over mix it when added those ingredients, I stopped when they were incorporated. The cream turned to a very light tan color, and it kind of looked like pudding, but the consistency was a lot lighter.

I poured one bottle of cream soda between four glasses, and used a spoon to put the topping on it. When we drank it, we all agreed that it tasted close enough to the park’s cold one. One thing though, it was really sweet. I can’t imagine if I would’ve put more butterscotch how much sweeter it would be!

Thank you! I’ll have to try it out sometime!