It looks like the report on another thread was true!

I’m sad I never made it to Ample Hills though.

I quite fancy a shoreside sundae!

There looks to be entirely too much room left in those dishes. I know they are saying how many scoops there are but it looks very skimpy. FILL THE DISH GUYS!

I thought the same thing! Haha

I am happy for every small step towards getting the Boardwalk back!

I’ve got my eye on the brownie a la mode.

You can get a double scoop for $7.

He is an evil man

Ugh. Looks like more ice cream that is the same stuff I can purchase in the grocery store. Bummed that I never made it to Ample Hills!

He is an evil man

I know. I long for the days when the Dinseyworld was a scrappy little park run by those Disney boys, and every month they’d have to hold a barn dance, hoping they could fill the cigar box enough to keep that mean Mr. Potter down at the bank from foreclosing on them.

Nice! Just in time for us, how thoughtful 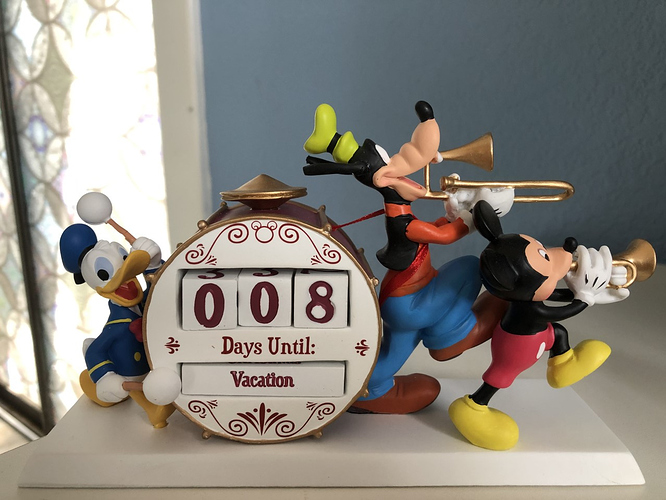 OK that reminds me of the story that in 1940, Roy called his brother into the office, closed the door and gave him the bad news: Bambi and other films had eaten their profits, they were in terrible financial straits and owed the bank $4.5 million.

Walt tried to keep a straight face but broke out laughing.
He reminded his brother of the days when they couldn’t even borrow $1K.
Both of them bust up laughing.
In the end, they made their first public offering of stock.
Handing that cigar box around, got them over $3M.

Yes, I am all about the brownies!

I don’t see cones on the menu only cups. Same thing at Magic Kingdom last week. I could only find cups of ice cream.

Am I the only one who eating ice cream on a cone hurts my teeth but a spoon does not? But a homemade waffle cone on the side I’m all for.

I guess everything is actually less expensive than what was posted on MDE. Weird!