Would be great if I could find a plug to charge my phone for 30 minutes or so at some point today. Any help is much appreciated.

Space Mountain shop I think has some outlets.

try using your map for GS locations to start 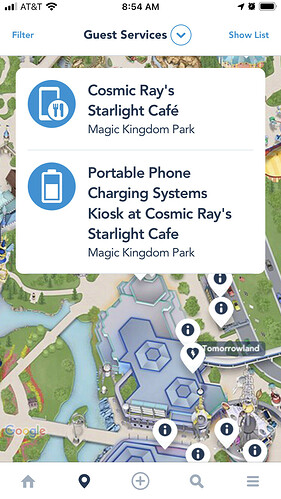 The one at cosmic rays is the only one I can find. Guess I’m going there for lunch

Last night my phone and backup lasted until 11ish. Today may be longer. And I’m draining faster.

I’m staying in airplane mode and turning it off intermittently to check stuff. Hopefully that helps.

Are they still selling the portable chargers for $30 that you can drop off and exchange? I know I wanted to try one. Maybe ask a GS-CM when you see one? 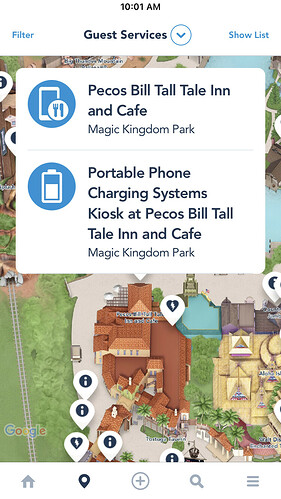 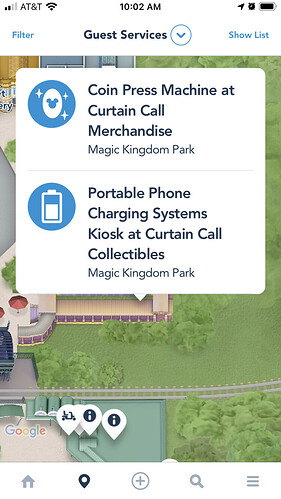 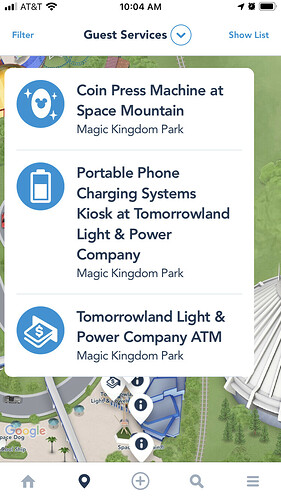 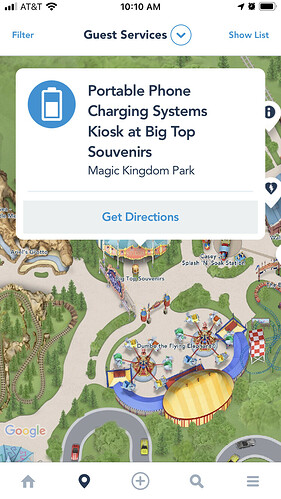 plus you sounded SO glum about your lunch prospects

I used the WDW app and searched for what they called “Mobile Charging Stations.” It showed only two, in MK, and woudn’t play nice by showing any others in other parks. One of them is “near IASW”, and the map marked it as in the open area between IASW and the Tangled restrooms. The second one is “near Pete’s Silly Sideshow,” and the map marked it as near the smaller, yellow tent (where FPP kiosk had been) to the right of the large red one.

The UG (Unofficial Guide) has cell phone charging stations listed in each park’s list of services (services such as babycare centers, first aid, lockers). But from what I saw online when I did a Google search, there may be more out there than any one list had. An up-to-date list would sure be handy for folk at WDW.

up-to-date list would sure be handy for folk at WDW.

I saw the baby care stations but they aren’t showing it as a charge station. However, I wouldn’t want to have to compete w/ nursing my baby and others coming in for a charge either

I found a webpage for the fuel rod kiosks - they sell batteries for $30. You can exchange these batteries for another battery at another kiosk (they may have a small charge for this now) or you charge them with an outlet.

They are not the most powerful batteries in the world, but they are small and light -

In MK you can find them at: 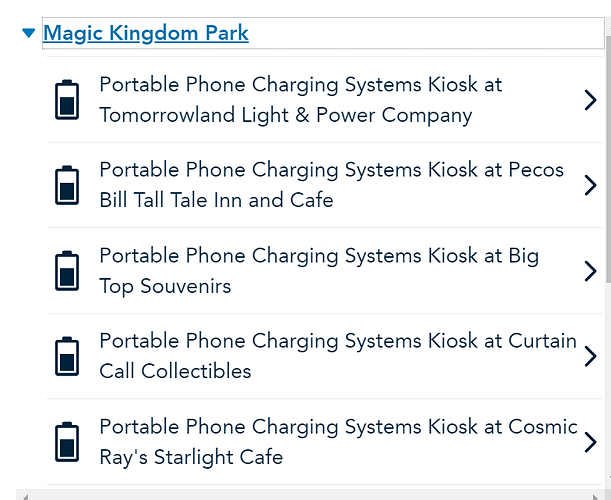 I edited my post to clarify that the items in the parentheses were examples of services in the list, not examples of charging stations.