Just kidding! I’m going through some Backsides withdrawal (and I know many of you are too), so I thought I’d share something fun on our first Backsides-free Tuesday. Here’s a pic of me at the Pleasure Pier in Galveston. I’m looking forward to wearing this fine shirt in the World in just a few months. 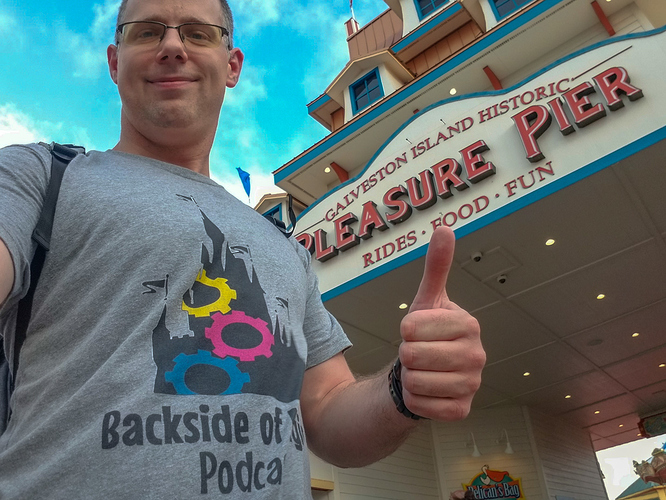 Lol, I had this crazy idea in my sleep last night, and didn’t fully think it out when I posted it this morning when I got up. Glad that some of you found it entertaining. Cheers!

I will being going through Backside withdraw next week. I had FPP day this Tuesday which kept me busy.

Galveston…I have fond childhood memories of the historic seawall that my family used to visit in the 60s, 70s, & early 80s. Does Galveston still have the souvenir shops that were on long broad piers?

souvenir shops that were on long broad piers

There is the “historic” pleasure pier (pictured above) which was built in 2012. It might have a souvenir shop, but it’s mostly rides and food service. Here’s what Wikipedia says:

The new pier complex is located where the original Pleasure Pier stood from 1943 until 1961, when it was destroyed by Hurricane Carla. The original Pleasure Pier featured rides, an arcade, an aquarium, concessions, a large ball room, named the Marine Ballroom, and fishing at the end of the pier.[2] It was also the site of the USS Flagship Hotel, an over-the-water hotel built in 1965 that was demolished after Hurricane Ike in 2008.

There are also some shops along the seawall which extend out over the beach but not over the water. Here’s a shot from Google Street View: 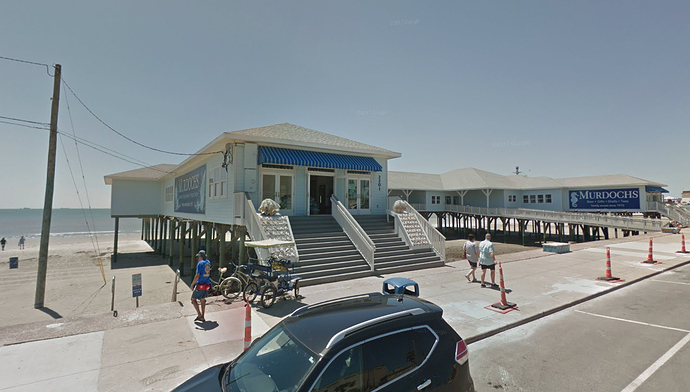 UPDATE:
Looking further down the seawall I found a gift shop that IS over the water. Street View: 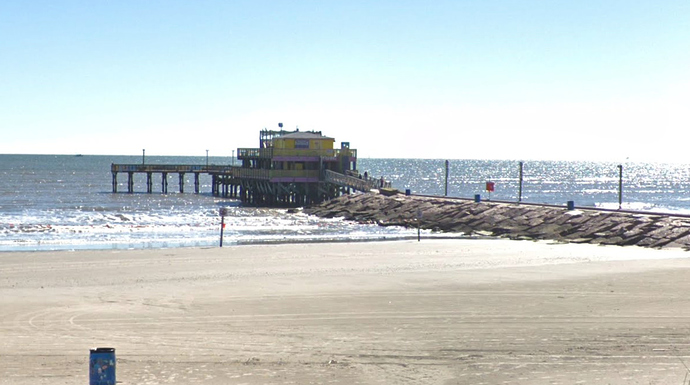 Wow! Looks so different from what I remember. The last time I was there was probably mid-1980s. My Dad was born and raised in Beaumont, and we used to drive out from Southern CA to visit my grandparents and other relatives every summer. One of the highlights was to spend the day on Galveston. I remember the USS Flagship Hotel. Never stayed there because we had beds waiting for us back in Beaumont at Grandma’s. The souvenir shops were opened air. There was one large shop per pier which is unheard of today. Can you imagine the rent? You entered from the boardwalk, walking on a pier that crossed over the sea wall, and walked the length of the shop on the pier. It was so cool because the seashells chimes used to stir in the sea breeze and make the most magical sounds. We didn’t have much money so I often got only bought a small sea shell that you could put to your ear and hear the sound of the ocean or so we believed. Thanks for sharing the info and pics.