We have a Universal Studios 5 days vacation coming up in December, but we decided to add a crazy one day at Disney World with park hopper ticket.

We are checking in the Royal Pacific in the Saturday 14 in the middle of the night straight from the airport. Next day on Sunday, December 15 we are going to visit the Universal’s parks, then the 16 which is Monday and the crowd calendar say I should be 7/10, we were planning to go to Disney for that one day, and then go back to doing Universal for four more days until Friday, December 20.

But I just find out that the parks will be busy the week before, because Saturday14 is the last day of a big cheerleading events that will bring a lot of kids to Orlando.

So my question is, since the Monday 16 will be so close to the end of the cheerleading competition, should I move the one day visit to Disney to a later day in the week? We can go any day in the week between the Sunday December 15 to Friday December 20. We are staying in town until December 30, but we feel that is better to stay away from Disney pass December 20.

My sense is that the cheerleading and other sports competitions make the resorts more crowded if you are staying at one with the competitors but don’t affect the crowds in the parks too much. A lot of the cheerleaders will be at their competition for a good chunk of time.

There were several different sports teams staying at Pop the last time we went in March. It made the food court crazy busy in the mornings but I never saw any sign of those groups in the parks. Perhaps others have had a different experience.

Thanks darkmite, we haven’t purchased the tickets yet for that reason, so I guess it has to be Wednesday, because that is the only other day when magic kingdom close at 10 pm, so we will have a longer day.

Thanks paulasc, so you a saying the parks may be not be that affected. Cool

I deleted my other posts because I hadn’t realized that it’s busy MVMCP week and the park closes early every night except Mon. & Wednesday.

Have you considered going to the party? I know it’s another $155 per person, on top of a regular ticket, to be there all day & night, but those party days are soooooo much less crowded.

You can go just to the party and enter as early as 4pm and stay until midnight. The crowds will be much better + you get all the fun of the party.

Are the rides working in that party?

And what is MVMCP? So that week is busy apart from Ride of the Resistance being just opened? I thought Magic Kingdom was closing at 6pm because it wasn’t a bussy week

Yes. The rides are open during the party. There are 3 parades / firework shows + rides + free cookies & drinks. (and a few other Christmas / MVMCP Exclusive items)

MVMCP = Mickey’s Very Merry Christmas Party. (It would make my fingers numb to have to write it out each time!)

Here’s another blog I like that has basic info about the event. 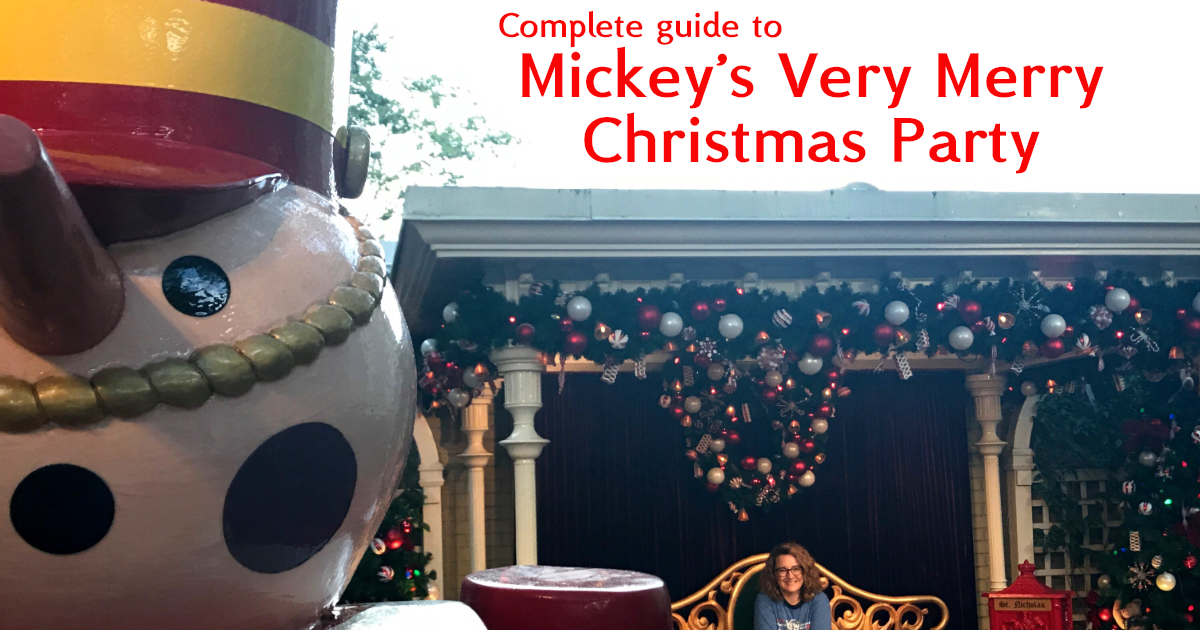 Thanks a lot darkmite2! There is so much info to learn lol

BoilerMomPharmD so you feel the 16 may be a better day of that week to go?

I just saw you decided to stay onsite. I think 12/18 is perfect.

Thanks but don’t they have it as well on the 18? On December 18 they close at 10 pm, but have late magic hour staring at 10 pm till 12. So on the 18 there is not fireworks, with the show that project images at the castle?

Thanks BoilerMomPharmD, we are staying the whole week at universal, but we are just booking a Disney hotel in any one of those days, just for the extra magic hour. But if the 18 is going to be that busy during the late magic hour, I’m just going to cancel the Disney hotel