Anyone do Disneyland's version of Food & Wine last year?

Just found out I get a quick trip in mid-March and the DCA Food and Wine Festival is on. I’ve looked around to see what to expect but I’m wondering if any of you tried it last year and if so what you thought or if you have advice.

We did make the Festival of Holidays at DCA last December and I’m assuming it will be similar with kiosks in similar places but I’d love any other info. Thanks!

We did it in 2016 and I remember there were quite a few kiosks on the around the backside of Grizzly Mountain (near where the cars FP’s used to be). It wasn’t nearly as extensive as WDW’s though.

The festival in 2016 was much smaller than in subsequent years, most likely because it was the first time in ~a decade that DCA had a festival. (Somewhere in the 1st couple of years of DCA they tried to use it to encourage attendance but DCA was a much different park so the festival wasn’t as successful). In both 2017 & 2018 it was expanded & by the looks of this year will be in full force again and extended for even longer than in the past couple of years.

We haven’t been able to bring ourselves to try more than a few things (mainly because of the prices) but most everything looks so delicious and DCA seems to offer a near continuous flow of festivals now from Nov thru April with Food and Wine in March/April being the biggest.

Thanks! Any idea if they have passholder discounts like they did for Festival of the Holidays? I couldn’t find anything online.

That is a really good question I don’t remember the answer to… I would think that no, because it’s a food cart & typically they don’t consider “carts” or “snacks” as part of the discount…but there are plenty of exceptions on both sides that I can’t make rhyme or reason of why there’s a discount or not.

ETA: I looked up the Festival Marketplaces place holder page on Disneylan’ds website here and saw in the upper right-hand corner next to price information “No Annual Passholder Discounts”

Thanks again! They had a cool passholder thing at Festival of the Holidays - you could prepay for a number of items at a discount and you got a lanyard with “coupons” to tear off at the kiosks. It was super fun and a cute keepsake. I was hoping for something similar, but I guess I’m out of luck!

Ah! So in that case there is a Sip & Savor Pass! It’s mentioned in the Disney Parks Blog announcement of the dates of DCA’s festivals for early 2019 here. The article does mention anybody can purchase it so not limited to only Passholders.

And sorry I was confused about what you meant by a discount. I’ve never done a sip & savor pass, but I do think you generally save a few bucks by doing it. I’m know I’ve also read that you can technically end up paying more for the lanyard package than you would for the individual items- if you got mostly desserts/drinks as opposed to “entree” type items so I didn’t immediately think of it.

The specific one we got was for passholders - it was like 20% off the regular one and we got little AP pins at each kiosk we visited. We were careful to use our tickets for the most expensive items and it definitely saved us money. I will say, though, that we were there for three days so we spread it out. I wouldn’t buy it for a one-day stay… too much!

Just looked on the Disneyland site and it looks like they’re offering a similar AP sip & savor pass this year and they’ve added an AP corner as well. I’ll be curious to see how it is

Looks like yesterday they announced the food offerings too- looks SO YUMMY! 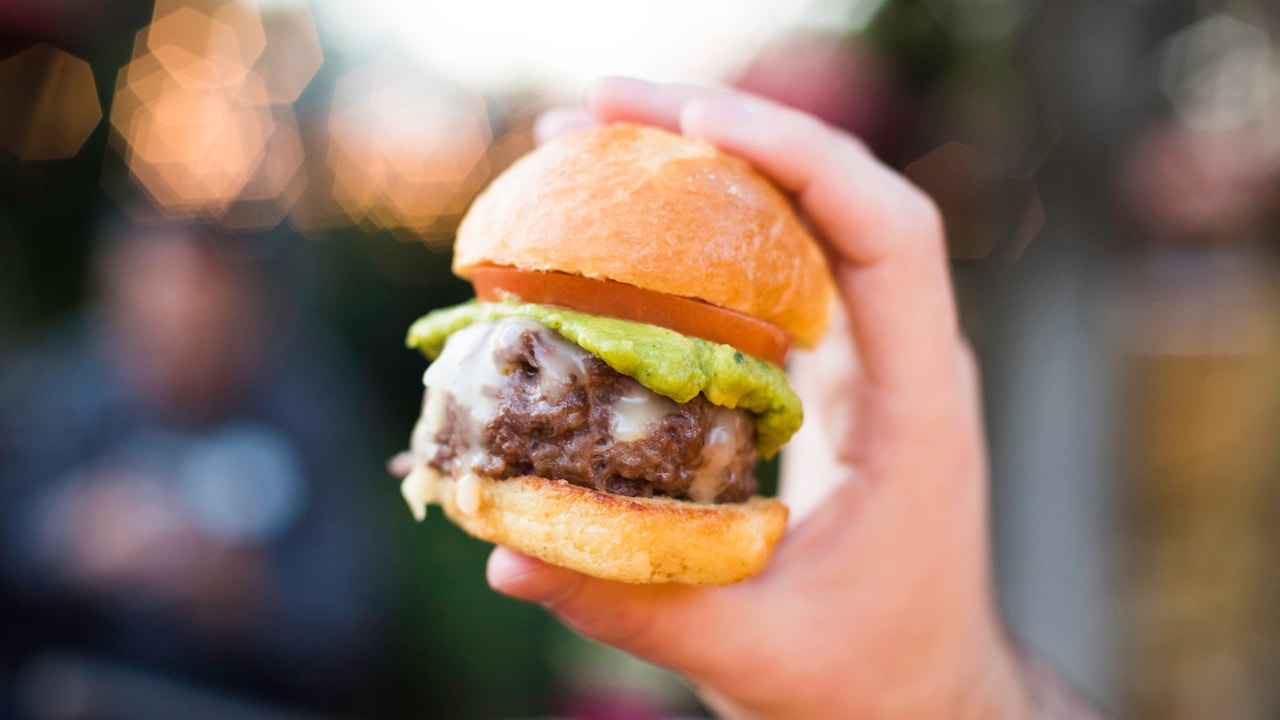 Calling all foodies – get your forks and knives ready, because the Disney California Adventure Food & Wine Festival is returning to the Disneyland Resort on March 1! Celebrating the beauty and bounty of California, the festival features

I’ll be there - only have time to go for one day, but I’m going to make the most of it! And it’s looking like I shouldn’t eat for a few days beforehand!

We just scheduled a trip for end of March & will be there too. We usually don’t participate much but this thread has got me re-thinking my Disney spending priorities!

We tried a few of the items 2 days ago on their soft opening day. I wasn’t super impressed. The Chile Relleno bites at Golden Dreams were the best thing we tried. The deconstructed teriyaki chicken musubi was good but not great. The asparagus chicken Caesar salad was good but too heavily sauced. The lemon ginger mule was pretty good but spendy at over $13. The strawberry coconut frushi roll was terrible. We didn’t finish that one.

I regret the money and calories spent on the F&W items. We should have just done a second meal at Lamplight Lounge. The food there was MUCH better.

Well now I know a few things to steer away from! Thanks for honest feedback. I feel that it’s all pretty spendy so for me to really enjoy it, I do have to actively block any thoughts about how much any of it costs. One of the first times DCA did food booths it was REALLY fun for us bc we had recently earned some Amex gift cards from work as a part of a rewards program so we had like $200 extra spending money that didn’t cost us a dime and so were able to enjoy ourselves at the food booths lot more than anytime since.

This was posted on Lines Chat (DLR side) yesterday & thought I would share here for those following along. Yum!