Any tips for bringing a 10 month old in late July?

First off, I just want to say how much I love reading these posts. Incredibly informative and great to read right before bed. We have a 10 day trip, 7 days at the park, scheduled for late July. We’ve always gone on the off season but with the DD getting older, we don’t want to take her out of school. We have a new Disney addict that is 10 months old and making his first visit. I’ve already made plans for each day to go back to the resort (off site) around 12-1 and come back around 6PM. We have a lightweight stroller with portable fans, cooling towels, oversized sun blocker for the stroller, and a baby carrier. We plan on taking full advantage of RS and FPs. I’m concern about keeping DS in the baby carrier since having him so close to me will probably raise his body temperature. We’ve also been practicing by taking day trips to the local zoo with the baby carrier and I noticed the blood circulation is affected to his legs, I don’t keep DS in the carrier for more than 20 minutes. Looking for any other tips that may help with the 10 month old.

Only thing i would add would be remember that each park has a baby care center, if you need a quiet place in the park for the little one. 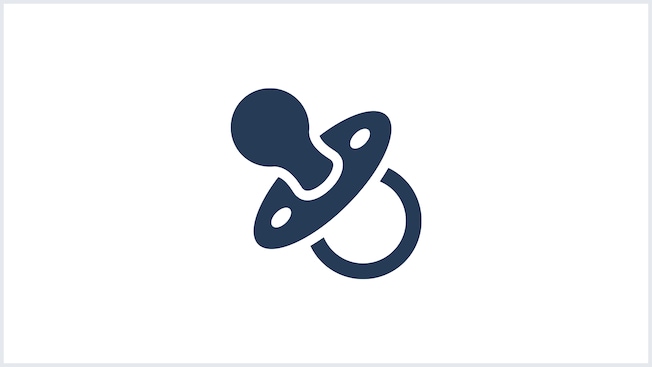 Located within all 4 theme parks, Baby Care Centers provide a convenient place to feed, change and nurse little ones.

Something that I did when my babies were that age was to make sure they had a sun hat that I could dampen with water - seemed to help keep them cooler!

We used our baby carrier only for rides where we thought it was safer for the baby to be strapped to one of us (dumbo, peter pan, etc). To get around, we used a stroller. This was in the summer and I never noticed a problem with the baby’s temperature. There were plenty of rides where we just held the baby too (train, safari). Longer rides like that were great for breastfeeding without having to stop.

What do you mean by the carrier affecting circulation? A properly fitting & worn baby carrier shouldn’t cut off circulation at all. You may notice a mark where the carrier hits similar to a sock line, but baby’s circulation shouldn’t be affected.

We used the baby carrier in August last year with our 4 month old and it worked out great. Get a good hat with a chin strap so she can’t pull it off. Bring and apply sunscreen often. Have lots of bottles per nursing breaks at the baby care centers. We also like to plan midday lunch in A.C. (those were our sit down meals) and take time to chill in the hotel. This schedule was good for our 5 year old, too.

We are going in August again this year, now she will be 16 months. We still plan on using the baby carrier and following a similar schedule.

If you are worried about the baby overheating, i would highly recommend the Tula Coast. It has a mesh panel on the front and is significantly cooler. I carried DD1 in the Tula for the majority of our June trip. We would occasionally get a little sweaty, but it wasn’t anything concerning. I also was sure to wear some kind of moisture wicking shirt. It really helped!

The sunshade on the carrier was also really helpful. We initially planned to take DD1 back to the room to nap in the afternoon, but I found that she would sleep in the carrier. When she would get sleepy, I would pull the sunshade up and she would be out like a light. I actually preferred her sleeping in the carrier versus the stroller because no one had to sit out a ride because the baby was asleep.

I wore her on most rides with the exception of Dumbo and the Magic Carpets. The CM asked that I removed her and buckle her in with me. I don’t know if this varies, but that was our experience.

I second the hat for the baby and sunscreen as others have mentioned. I also found that after several days in the park, I wanted DD in light pants. She is really fair and burns easily. We also had one of those ridiculously expensive Disney mister fans that we would occasionally run on DD (without the misting part of course!) while she was asleep.

Thanks, I forgot about the baby centers. I’ll make sure to make use of them.

When DS sits in the carrier facing outwards,I noticed his legs were getting red, like the blood wasn’t circulating as well. This is not an issue when he is facing me. I think we’ll a voice facing outward.

I have to second the suggestion of a Tula Coast! They are expensive, but there might be a lending library near you that you could borrow or rent one. If the baby is fitting into a carrier properly, there should never be a circulation problem. I’m not sure what type of carrier you do have, but he might be old enough for a side or back carry that would enable him to see more and not risk facing outward.

We brought our 10 month old son in September and had a fantastic time. I would recommend all of the play and splash areas as well as all of the “family” rides in air conditioning. We under estimated how much my son liked the characters. (I was worried he would be afraid.) So most of those meets will be indoors. My son would nap in the stroller and we would walk him through the air conditioned stores.

The baby care centers have high chairs for meals and sinks and water for bottles. You mention a lightweight stroller, but we brought our full regular stroller and were very happy to have the storage and recline ability. You might want to consider if you have a nice stroller at home. Airlines will check them for free.

I think that makes sense. Babies legs aren’t really meant to go the way they need to when the carrier faces outward. I should have mentioned, we only face inward, even now that she is over 1 year. She really doesn’t seem to mind, and I think it’s easier for her to fall asleep like that, too.