Any tips, advice or anecdotes about using a My Universal Photos via Amazing Pictures?

Can anyone share their experience purchasing/using a prepurchased package from My Universal Photos aka Amazing Pictures? I’m mostly interested in how to activate the package and how much time the process takes? I would hate to throw my TP out the window because I’m stuck waiting in a line to get a photo pass activated!

To be clear, I am leaning towards the Amazing Pictures website deals because they offer a package that will cover the entire week for not much more than a US-purchased 3-day plan and can be used at all 3 parks, not just US and IOA.

Two years ago I bought the annual package from Amazing Pictures. It was super easy to activate. I asked a photographer at the entrance to US and he directed me to a store near the entrance. I did not have to wait in a line, but that was early December. Someone else will have to comment on lines at a busier time. I pulled up the confirmation email and they handed me a lanyard I used for all photo locations.

Thanks! I’m guessing this was all done inside the park entrance and not at a kiosk or stand outside the gates? Once they open for EA we plan on getting to WWOHP as quickly as we can.

Yep. Just inside the park entrance. But i also didn’t try to find anything outside the park. My first day that trip i got to the parks around 11 AM, so no trying to rush for anything.

It’s very easy and quick (August 2019). I got mine in a Black Friday deal and saved about $30. I got a temporary card at our first ride and used that until it was convenient to get the permanent one and we were able to get 2 cards - we only needed 2 so I don’t know if we could have got more.

Some operators are quicker than others at finding your photo but that’s not really relevant to the package,

At RRR they do it slightly differently and they give you a receipt with a code on that you have to input manually. Although this might not be the case anymore.

There’s a few stores that can do it. However, as mentioned, you can get it done right inside the entrance to each park. Each park has a “photo shop” right as you enter.

IME - It’s take almost no time to do.

You didn’t say which park would be your first day. (You only need to activate it once for the whole trip)

So… Here is basically, where to go at each park:

At USF - It’ll be on the right. If you get to the Today Show Cafe you’ve gone too far 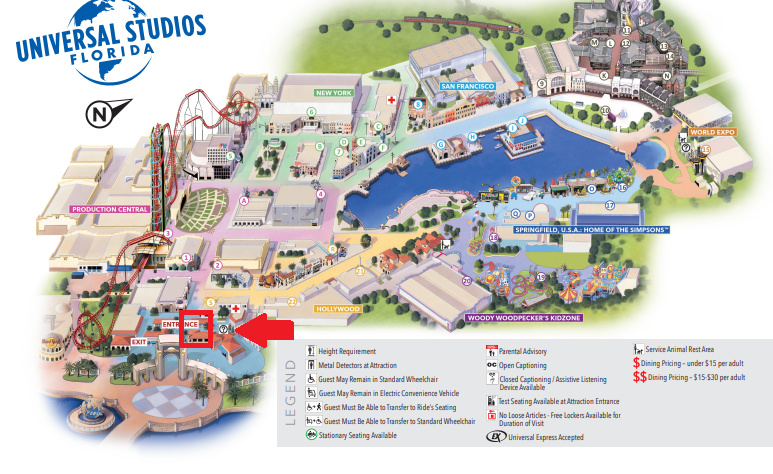 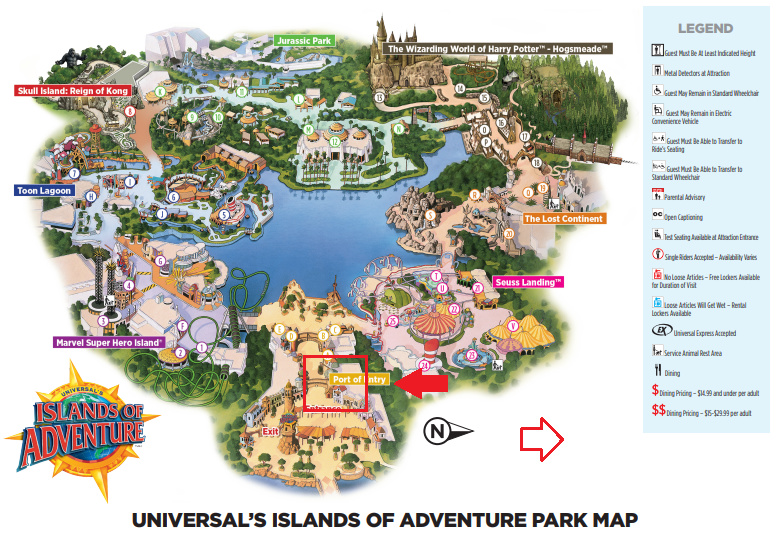 Nice, thanks for the detailed map and advice!

It is very easy to do, as other people have said, but how long it takes can vary greatly depending on who is in the store at the time. I have had the pre-purchased package three times before, and one time it took me almost a half hour to get it activated simply because the people in front of me in the line were taking forever to look at and choose pictures that they wanted printed and there was no one else working a register at the time. I would have thought the worker would have walked over to another register to help me while the other people were looking at their pictures, but no such luck. For that reason, I would do like @missoverexcited did and operate on a temporary card until you feel you can take a chunk of time to activate the package.

How good is the My Universal pictures compared to Disney’s memory maker? When I read the details it didn’t seem there were that many places for photos other on rides. Most of the ride ones were rides we probably can’t go on. Thanks.

If you compare the two, there are definitely less photo options at Universal. I have not been since COVID, but pre-COVID, there were definitely a lot of character meet and greets that I got pictures at and I did get all the ride photos. Plus there’s a dark room where you can do a series of photos up against a green screen, and photographers at the entrances to both of the theme parks and photographers in other places around the park, like in front of Hogwarts Castle. I cannot say for certain what it’s like post-COVID. I think if you’re a big picture buff and you like the character and staged pictures, especially if you can grab a photo package when it’s on sale, it’s still worth the investment.

Memory Maker has way more in park photographers, My Universal Pics are better for the onride photos.

Thanks, that’s what I needed to know. I think we are making the right choice to skip the Universal plan because we don’t know how many rides we will be able to do there. Which is fine because we are mostly going for HP non-ride stuff anyway.

I think there is a shop where you can get pics in front of a green screen and we might consider that if it isn’t a crazy long wait. Otherwise, we’ll just do like on most of our vacations and take our own. We are getting Memory Maker at Disney though.

There is a green screen studio in Universal Studios near the Horror Makeup Show.

“The Dark Room” Across from the Bourne Stunt Show / Horror Make-Up Show is where you’ll find the green screen photo booths. Not sure if it is currently open though. 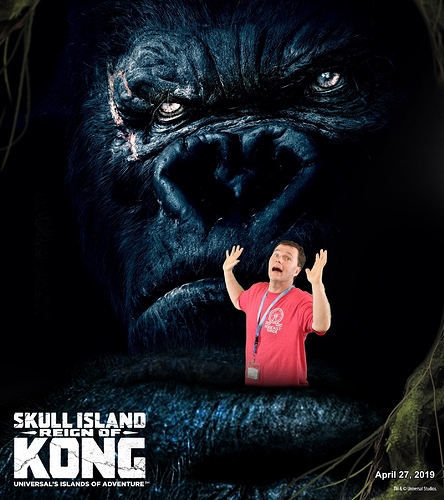 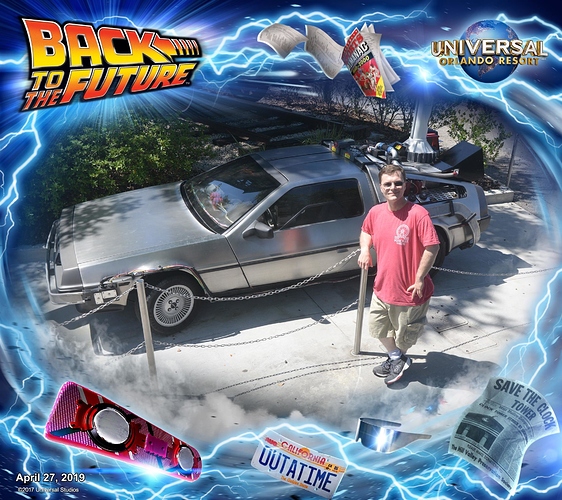 Overall, there aren’t as many photographers at Universal as Disney and I find the package pricing odd. I did a whole thread about it in 2019

I feel that if you like the on ride photos, it is worth it, especially if you can get it on sale. I find selecting my photo and getting it on the card very easy, especially at the locations that have kiosks. I have never had a problem. There are not a lot of free roaming photographers, but there are some at various places and several character meet and greets, such as Transformers, Shrek and his crew, Minions, Penguins, Sponge Bob, Spiderman, various other Marvel characters, and others.

Most of the non-ride places where there used to be park photographers, there aren’t anymore. I think because people aren’t as interested in photos because of the masks. They allow you to remove the masks for photos now, but it will probably take time for the photographers to come back. Even then, probably only if people say they aren’t buying the pass because of lack of photographers. Now people are just using their cell phones.

I can’t tell you about activating it, since I wasn’t the one that did that. But, using it has been super easy to use. Get the app on your phone. You can always add extra photo cards to your account using the app.

The ride photos are mostly self-serve machines now. I think Hagrid’s has a person, probably because it is in the gift shop. It seems to be quicker now than Before because they have many machines and people are quicker to recognize themselves.

You mentioned three parks. At VB, sometime during each visit everyone using the photopass needs to go to the photobooth to make sure that each person’s taputapu is linked to the photopass. Our experience is that about 50% of the time there is a problem and the person has to do some stuff on the computer. For example, yesterday morning DH’s was already linked. But, DD’s and mine weren’t even linked to our annual pass. But, but we had all raced on the pungo racing slide. So, she found when DH was on it, and then found DD and then me on it, then tied those records to our photopass. I think the best ride photos are Hagrid’s and Kraka-whatever.

I think Hagrid’s has a person

Has this gotten any better? When I went in 2019, they did not ask for a row or anything, just asked how long ago you got off the ride, which, by the time you got to the desk, was often 10 or more minutes. It took FOREVER to find pictures, so people often gave up. Also it used to be at a little outdoor stand. Where’s the gift shop?

I think I was getting my rides confused. I think it is Forbidden Journey that dumps you into the gift shop. I can’t remember how Hagrid’s was now. Although we rode it several times and got every photo.
On the last Hagrid’s ride, DH was glowing. He had talked DD into riding the cycle. He much prefers the cycle, but he rode the side car with her.

FB does let out at Filch’s Emporium. The photo pass booth for Hagrid’s was at the end of the path from the ride exit back to Hogsmeade. We had no issue getting photos for Hagrid’s, and it was easy to spot them as we were coming out of the ride. There were at least two people behind the counter, and we were able to get the photos of all five of our party.