Another awesome day at Discovery Cove

I went to Discovery Cove for the first time last September (and wrote about it). Yesterday, @Journey_On and I went back for my second visit (her 3rd overall). What an amazing time we had. We didn’t even do the Dolphin Swim this time, just went with the “day resort” package. But we still watched the Dolphin interactions, which was nearly as good as doing them ourselves. Plus we signed up for another SeaVenture tour while we were there. I posted these photos in Chat, but here’s a very short sampling of the fun we had:

This bird apparently found my head to be a better perch than my outstretched arm, which had the food in it. He completely took me by surprise, as he approached from behind. I didn’t know what was happening for a few seconds. 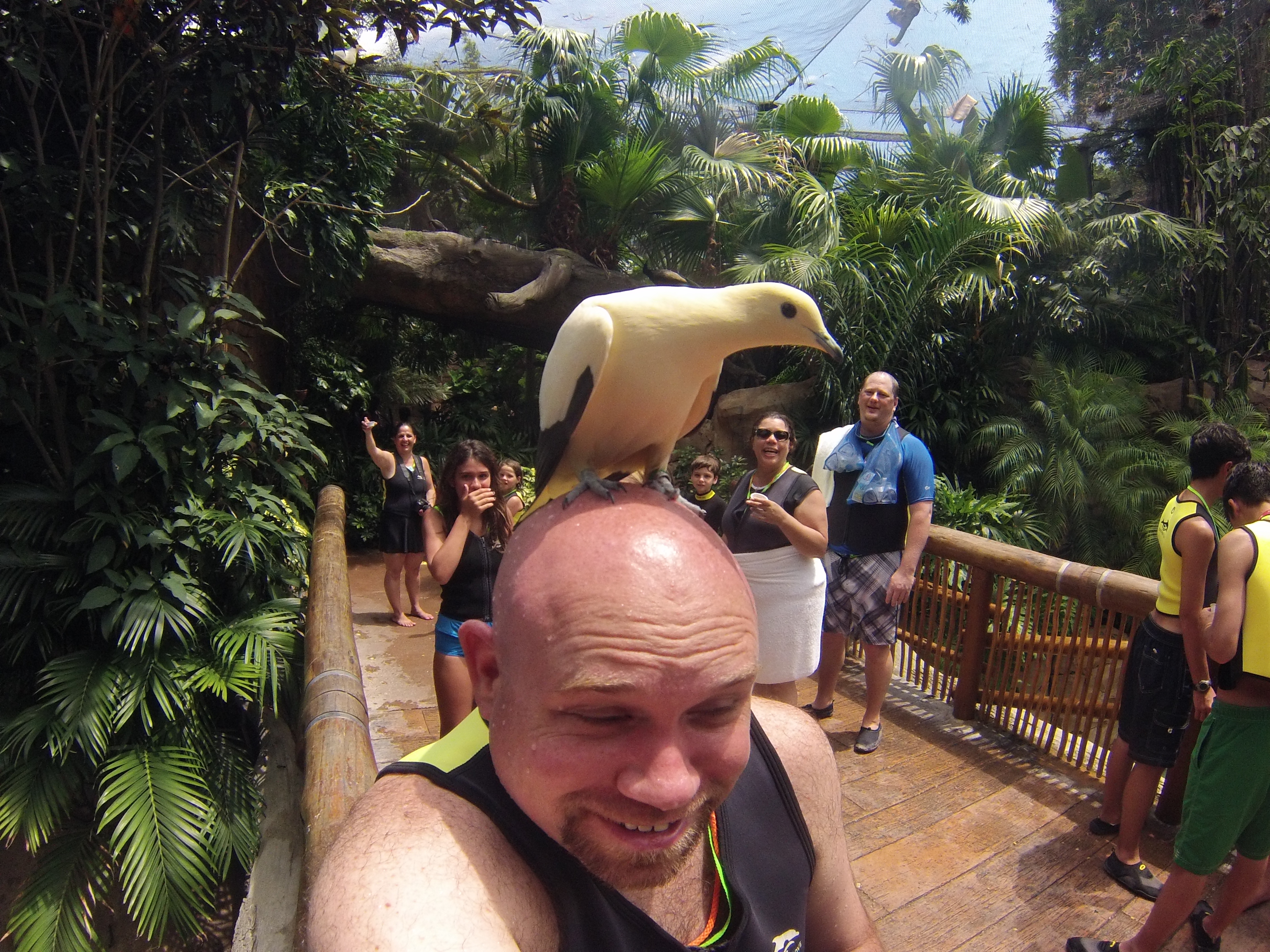 During SeaVenture, one of the guides took our photo with my GoPro. If you don’t know, SeaVenture is an underwater walking tour of the Grand Reef, where you can see (in addition to the thousands of fish and rays) lobsters, sharks, horseshoe crabs, and much more. 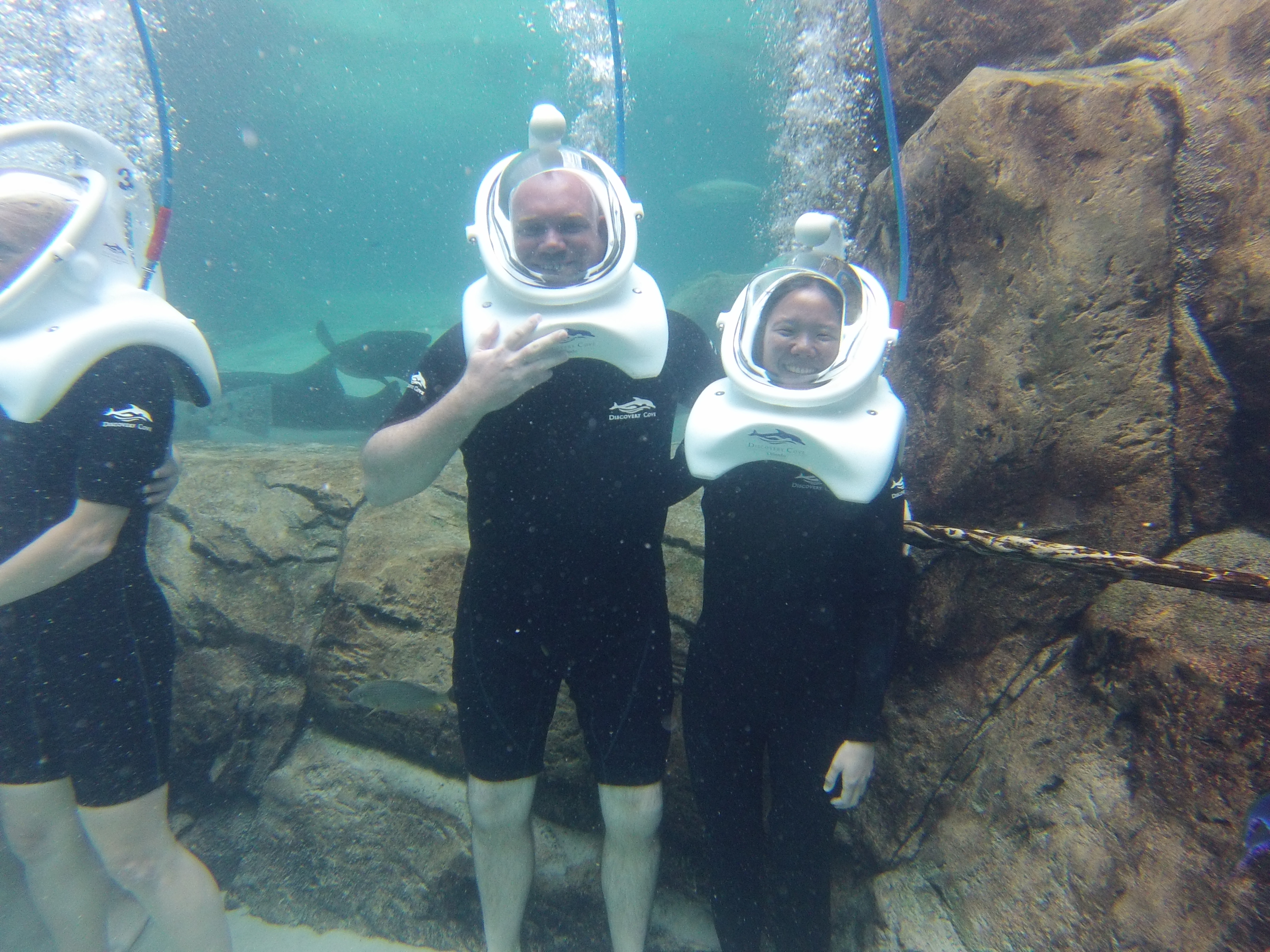 In the Fresh Water Oasis, we took a break from snorkeling to hang out under this waterfall. Probably one of the most unique “selfies” I have. 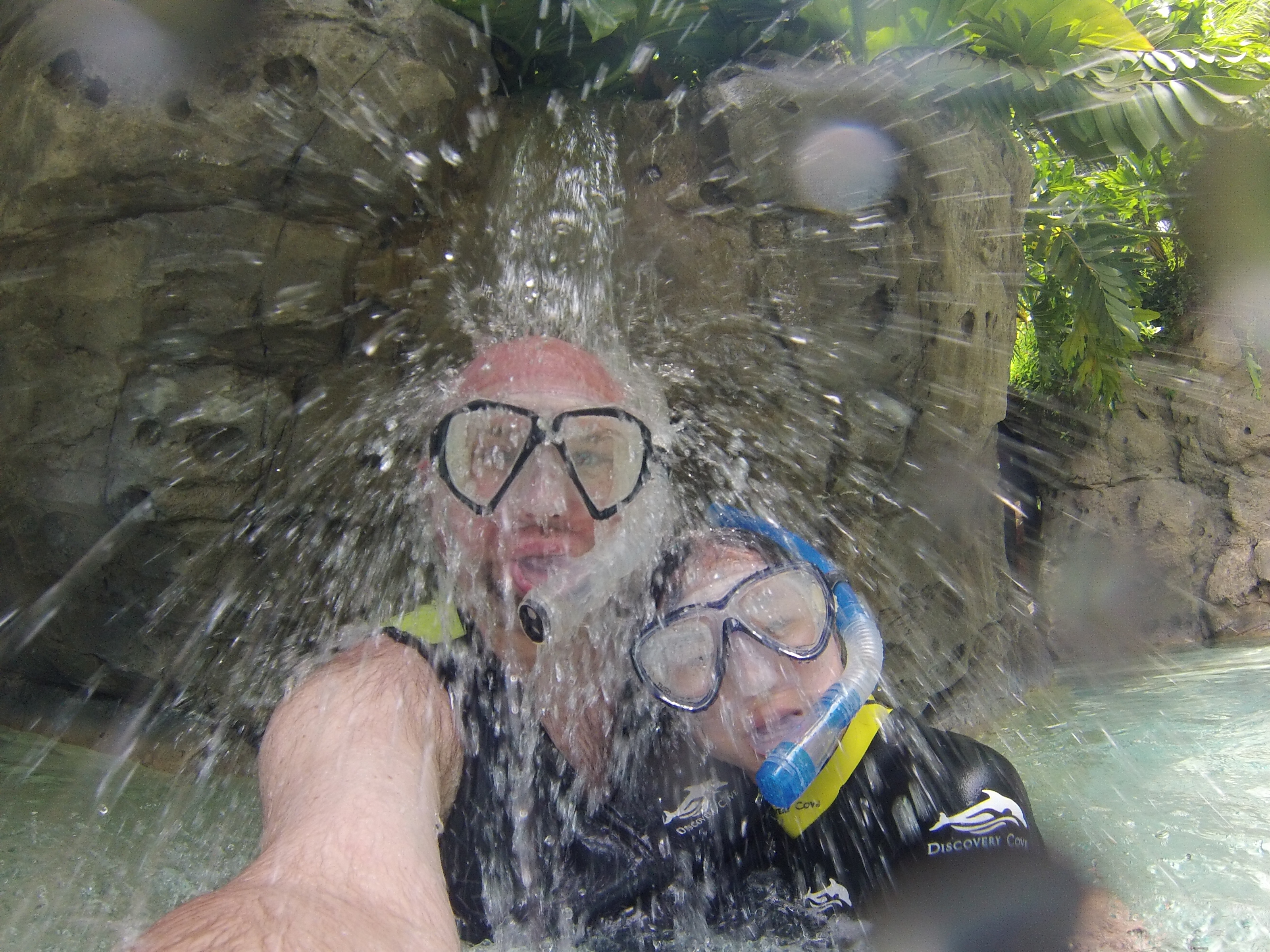 In the Grand Reef, I dove down into one of the “valleys” to get this picture of a giant Southern Ray from below, and timed it with @Journey_On swimming down to visit him. 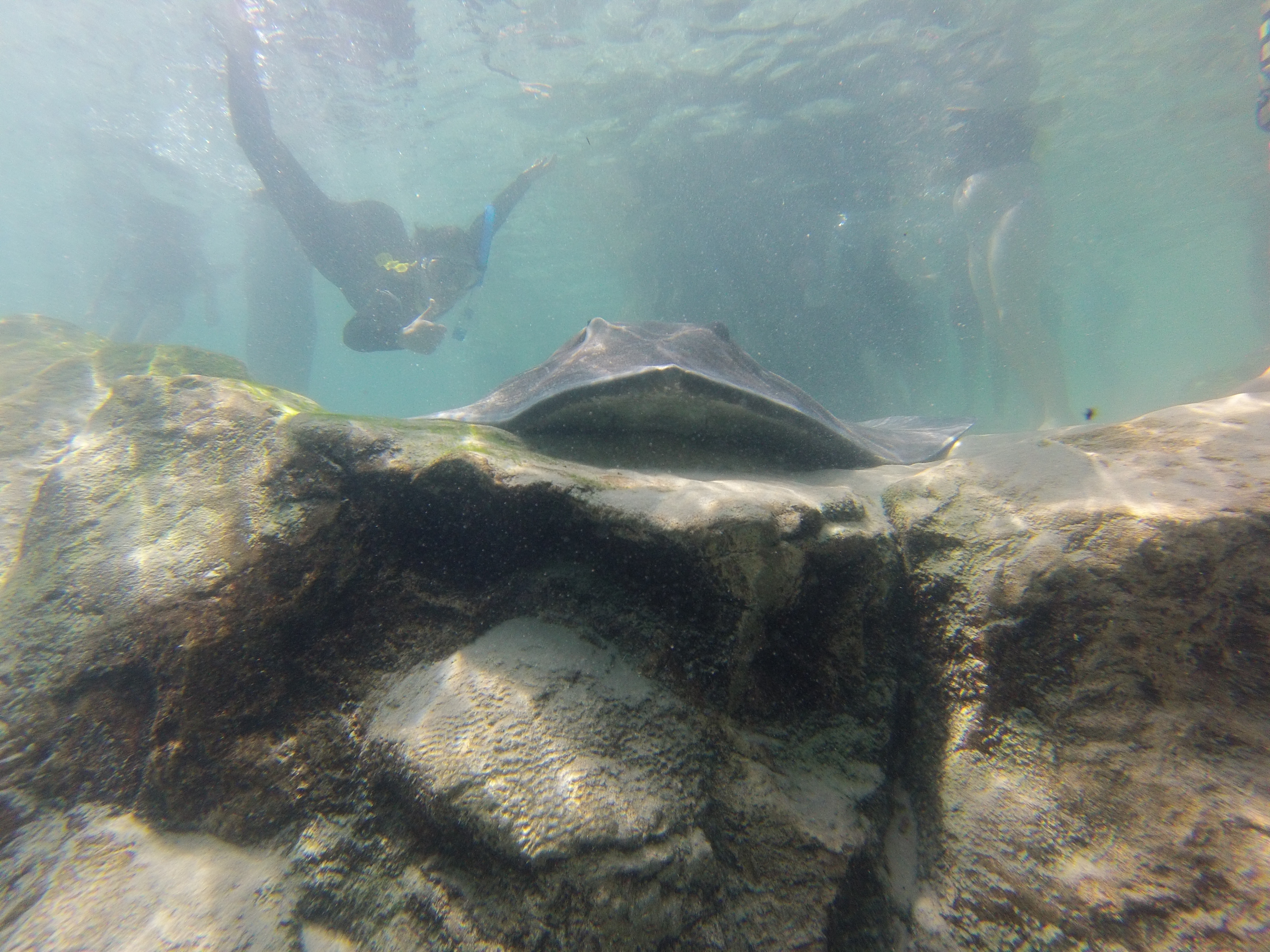 If you’ve never been to Discovery Cove before, I seriously can’t recommend it enough. Yeah, it’s expensive, but it is 100% worth every penny.

What awesome pictures! Amazing! (The one with the bird on your head is priceless - I love the girl’s reaction behind you as well!)

Wow, that looks so awesome. Thanks for sharing your pictures!

Amazing, @Mr_Itty! Love the selfie under the waterfall. Thanks for posting!

Any tips that you can offer for a fun day at Discovery Cove?

I hope those tips help. Please feel free to let me know if you have any questions!

Those are awesome tips. Thank you so much. We are looking to go in mid September and can’t wait.