Always with the spare paci, eh? I like a woman who is prepared for all eventualities

Epic. That is all.

It takes a fleet of Wubbanubs. She has been chewing holes in them and complaining that they are “sticky” so we’ve resorted to buying more. Paci teeth here we come

We have had a great day in HS. Pretty dang hot. But we had a Sci Fi lunch and an Oga’s late in the day after a droid build. So lots of cool time. With rider swaps we did MFSR twice, ROR twice, SDD twice, ASSpin and TSM once. Going to get in a MMRR before we leave for the day. So it’s been a good day. I figured it would be more crowded but the lines have dwindled now. It’s my DD1 turning 2 tomorrow at MK. Lots of fun-ness planned!

Those! Dresses! Are! AWESOME!!! And your big girl’s hair is soooooo perfect!!! These are precious. Can’t keep typing; have to show these to DH!!! I’m loving this trip report!

This is the best picture! I love it! Girl power!

Happy birthday to her!

Hope you can post more pics! It’s all about us! 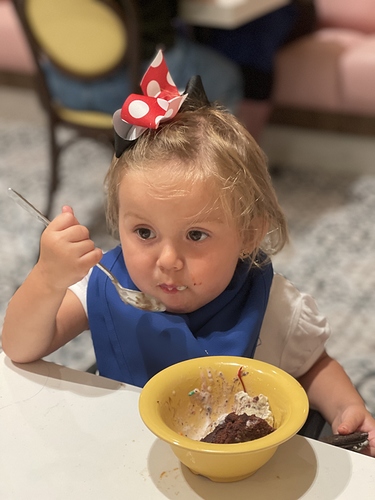 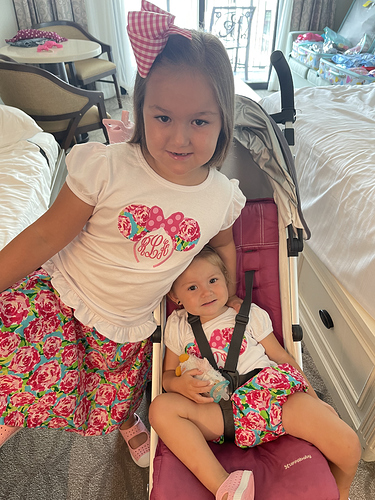 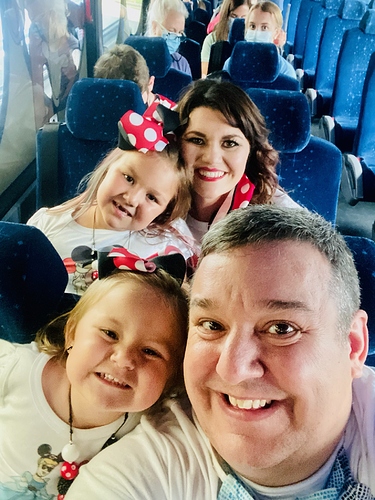 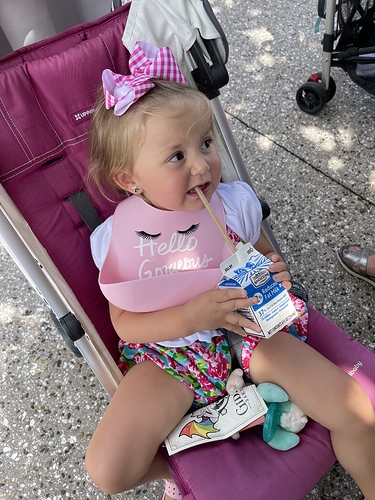 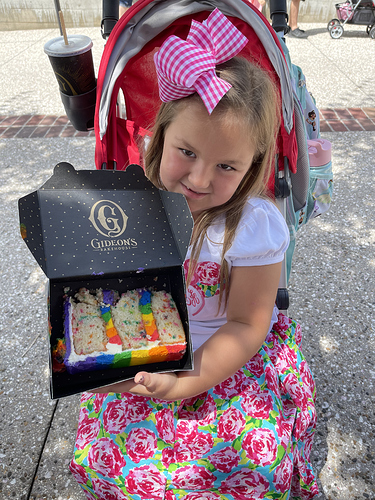 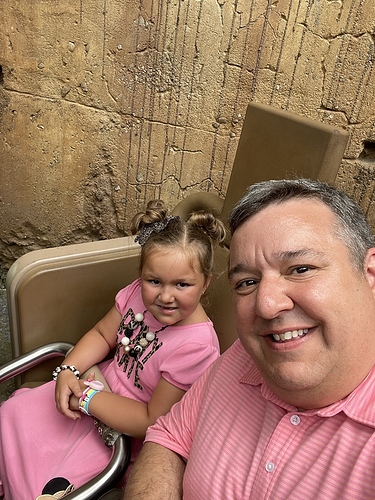 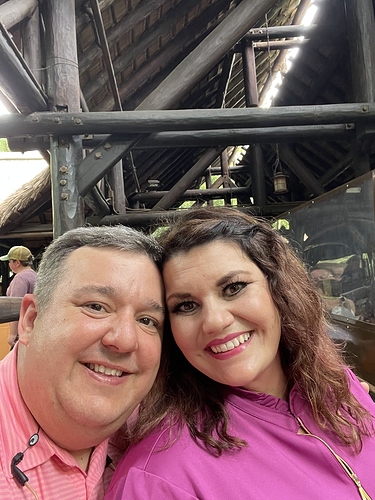 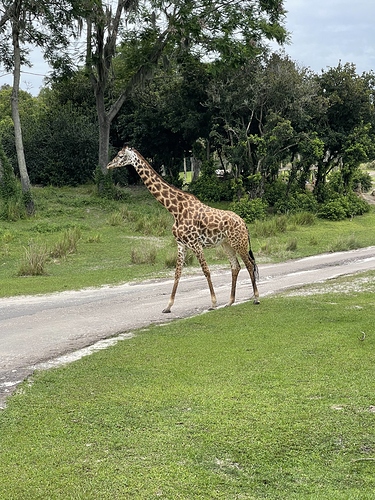 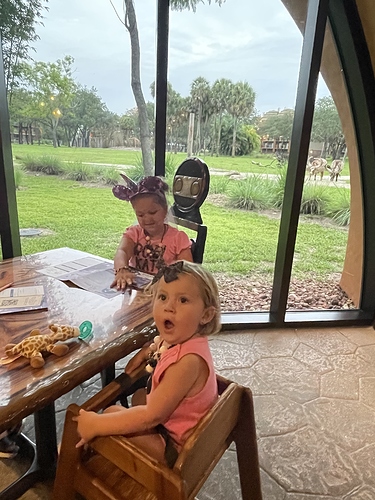 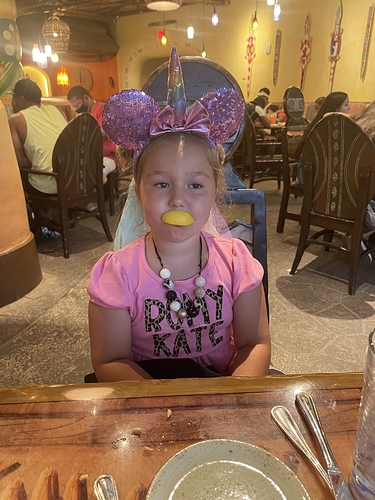 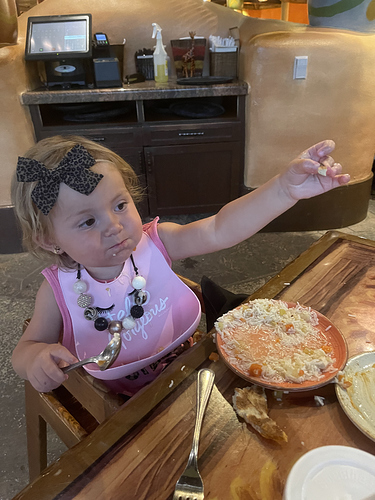 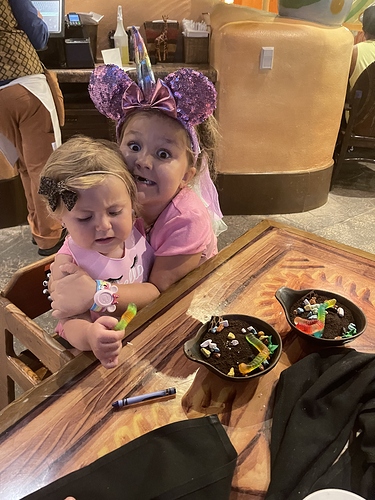 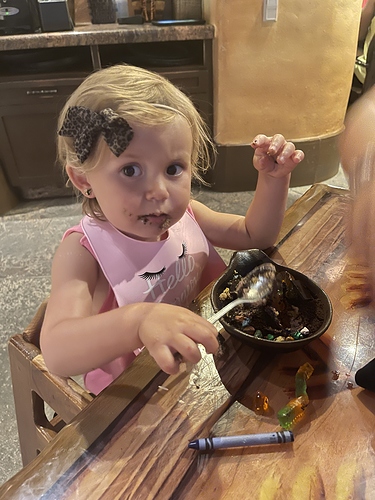 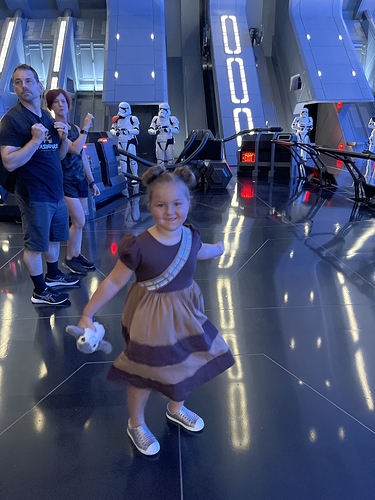 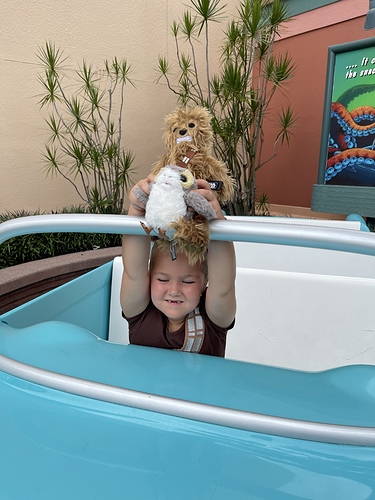 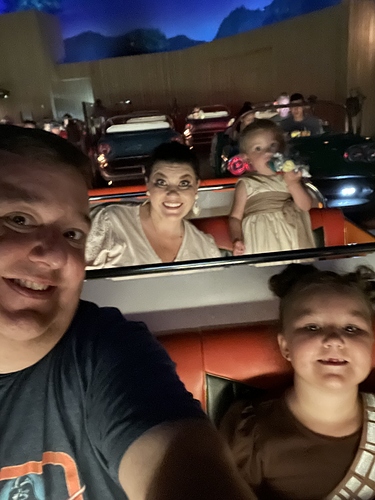 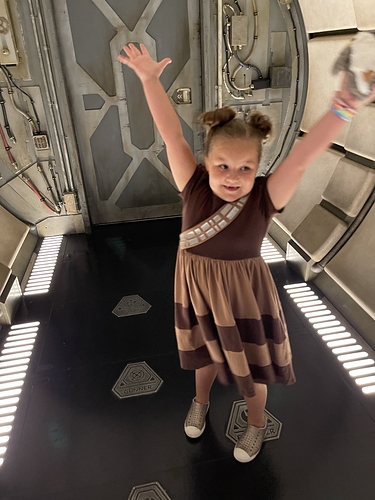 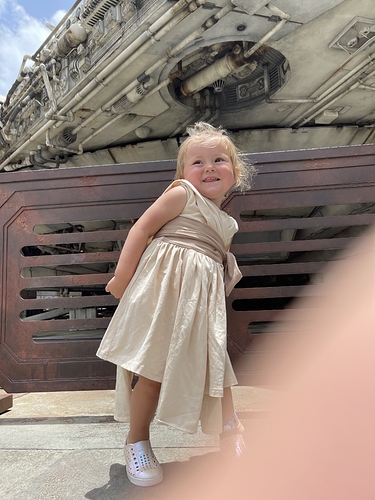 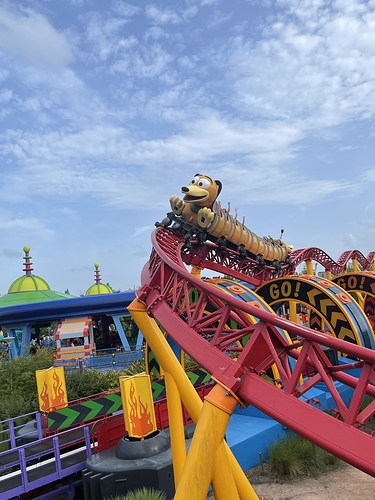 Looks like I got some fingers in my pics! Funny. I will share a cool charcuterie we had made when we arrived. It was a cast member that was furloughed. Very nice job I thought. We have a Fairy Godmother coming tomorrow for DD2s b-day. Same deal. Cake same as well. Should be good. I like the thought of helping out CMs when they are between the World and COVID. 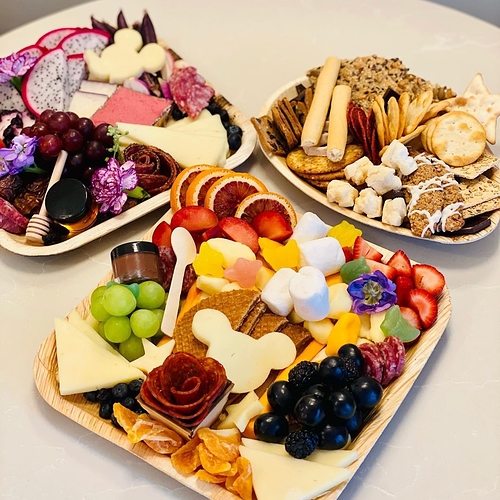 These are great pics!!! Love the girls’ monogram ear shirts!

Your wife is so pretty

I like the thought of helping out CMs when they are between the World and COVID.

I think that’s a wonderful thing to do

The charcuterie is crazy fantastic!!

I hope that ME pic was from your arrival? It’s so great. All of them are. Love the one of big sis squeezing little sis with that maniacal grin!

And little Rey in front of the Millennium Falcon (and your thumb!) is fantastic.

Yeah, I threw in pics from the last few days. We came in Wednesday.

You got a lot of good ones! 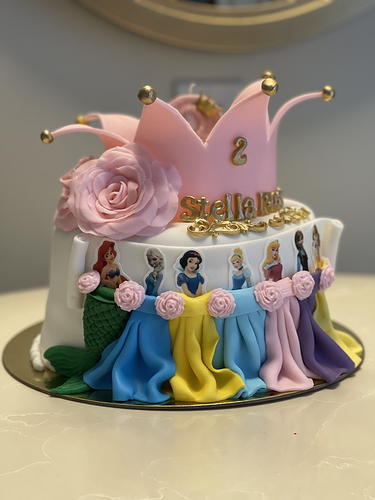 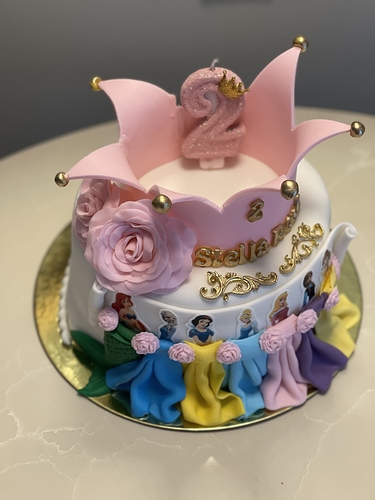 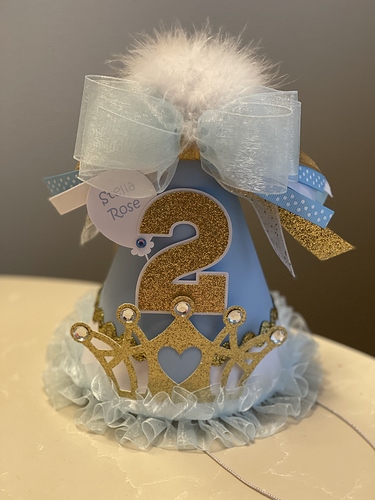 Happy birthday to her!!

Wow amazing cake! Love all of your beautiful pictures!