I’ve heard AK has been opening a little early like Hollywood Studios used to do when Toy Story Mania was new. Can anyone confirm or deny this? I would love that extra time to visit Pandora with lower crowds. Im not referring to Exfra Magic Hours. We will be at AK on Friday

You’re getting some replies on chat

But to reply here: the tapstiles often begin operating a bit before published opening, and pandora attractions begin operating early as well. Some are reporting the whole park being open - whether that means attractions are operating or just that you are free to roam, I’m not sure.

By I do not know what responses you received on chat but rope drop is not the time to see Pandora with less crowds. Here are a couple of pictures I took late afternoon: 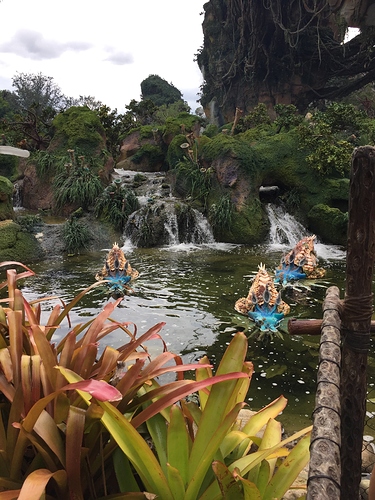 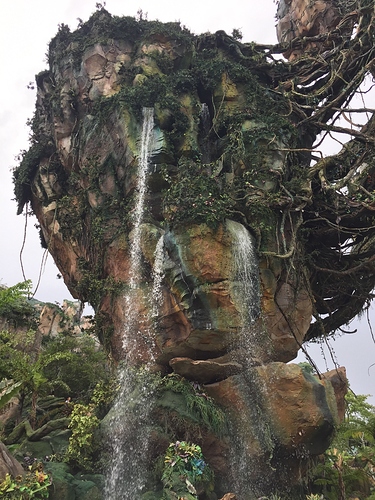 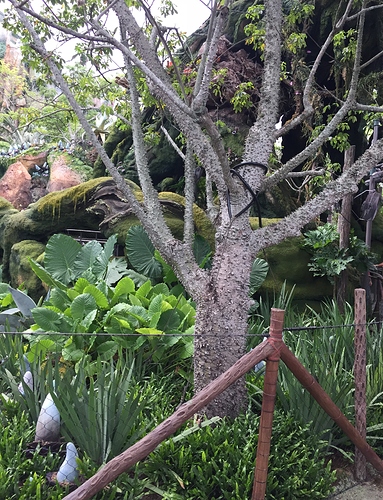 I could take pictures because there are not many people around. 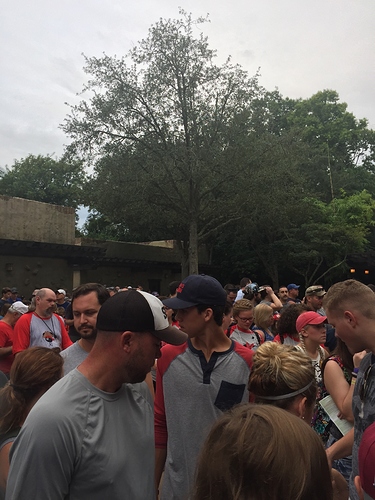 This is the line behind me on the bridge leading into Pandora at 8:30 (still waiting to be let into the area) 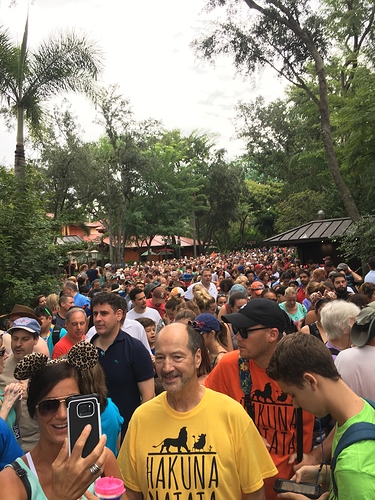 Well, this makes me rethink my entire AK plan. I am doing one AK morning and one AK evening. I have FPP for Navi on one day and FOP on the other. My intention was to head to Africa via Discovery Island at RD on an EMH morning. I figured I could get Tough to be a Bug and Kilimanjaro Safari as walk-ons before FOP began to release its hoards. I was trying to avoid the Pandora RD crowd. If they are letting people through Pandora rides an hour earlier than all of the other rides, those people will probably be hitting KS about the same time I will.

Question 1: If on an 8am opening, people are actually leaving the ride by 8am, does that mean for a 7am EMH only those with EMH privilege will be leaving the ride by 7am? What I mean is, on non-EMH days, every one is arriving an hour early. So on EMH days, everyone is still arriving an hour early - which is when only EMH people should be getting through. How are they differentiating who can go through and when?

Question 2: Which is the better plan:

Navi definitely does not back up the way FoP does. We rode FoP at RD and were among the first group to ride that day. We exited, wandered a bit, and then went to Navi. We did not wait except for the ride to start up. And there were few people over that way. So I don’t think hitting that so crazy early is quite necessary. In other words, I would def arrive early but I don’t think you need to be there an hour ahead for Navi the same way you do for FoP.

Thanks OB! I was wondering about this as we will have a 2 year old and want to ride Navi and we managed to get a FPP for FoP later in the day. We are staying at DAKL, but I wasn’t sure how early we needed to be there for an 8am EMH. I was thinking of getting there about 7:30am and hoping for the best. We aren’t on much of a schedule and planned plenty of time in the morning. But I wanted to be prepared for how long we might wait! Glad I found this so I didn’t have to create my own thread! Thanks!

Oh my goodness, these pictures are beautiful. -of Pandora, obviously. The pics of the crowds are going to make me cry. I don’t want to wait in that with two little ones. But I haven’t had any luck with fastpasses yet and I’m not EMH eligible.