A few photos from our short Daddy/Daughter trip

I’m loving this report. But you’re also really making me miss my dad.

I’ll update our last full day on my next day off. We did 4 parks but not AK. (We did 1 park twice)

A few notables about the trip:

Buses were on point from ASMo to and from parks. We did Uber a couple of times but it was just to save a fraction of time because we were only there for 2 full days and 2 half days.

Ability to take off masks was wonderful. We didn’t always take them off but the ability to do so made a world of difference from my last trip.

ASMo is a great value resort. I’ve stayed there 4 times in the past few years and I’ve never had a bad experience there. Paying $66 a night via JJT’s Hotwire special was nice but I wouldn’t hesitate to pay rack rate to stay there again. Enjoyed staying in the Mighty Duck section and the pool there was never crowded. Most times we were the only ones in the water. They do need some additional outdoor seating outside the food court. Only about 4 or 5 tables.

was the waiter’s name Michael?

I’m awful with names but I believe it was Jose, but I don’t recollect for certain.

I only seem to remember names from positive experiences.
Like “Juan Pablo from Boston” at Y&Y. I’ve shared my experience with Landry’s Co.

I rarely share negative experiences with management unless it’s extremely bad. I honestly wouldn’t have shared my experience with the manager at RR if she hadn’t approached me. I would of simply paid the bill, shared my experience with you all, and never returned. I’m glad they comped the meal. I did leave an appropriate tip because that’s just who I am. But I’m done with RR. I know others rave about it. I’ve tried it twice and it’s just not my cup of tea.

Your pictures are amazing and your DD holding your hand couldn’t be more precious!

Day started off promising as DD17 snagged us BG21 at 7am from our hotel room @ASMo. Called for an Uber to be dropped off at the Speedway and we were at the Speedway by 7:20. A little confusing as to where to cross from there but I figured it out. No crosswalks so I don’t think I’d recommend it as a dropoff point. Next time I’d go with a dropoff at the Swan parking lot. Looks like same distance and a tad more safe as well.

Walked the path along side the water and arrived at HS @ appx 7:30am. Held at the skyliner. 2 lines, right and left, and we were standing right behind @Elaine5715. “Liner meet” no pic sorry. But in one of the pics you can see the top of her head between my DD17’s Minnie Ears. LoL. 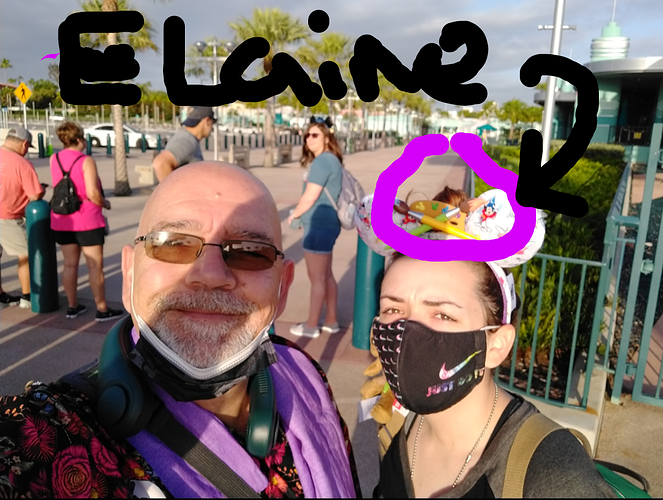 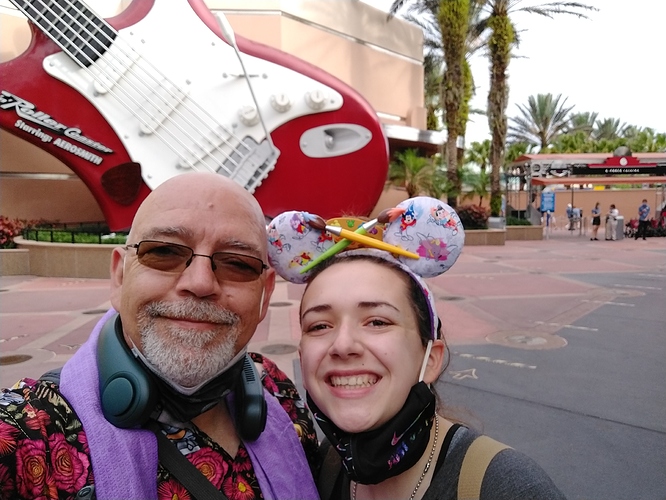 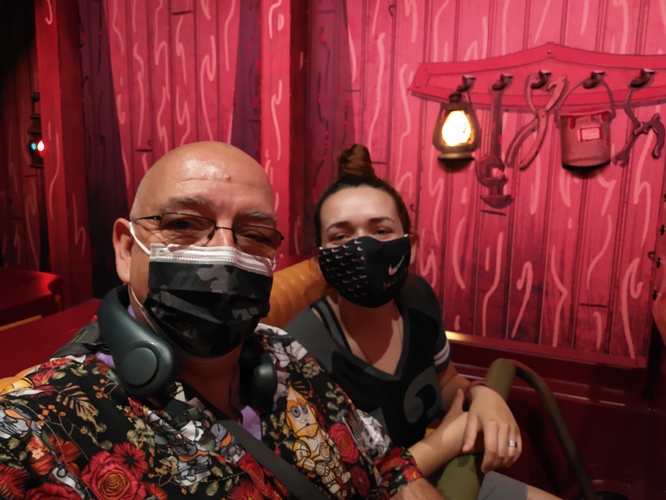 IMG_20210520_085715913.jpg2304×1728 711 KB
After that we headed to GE and noticed BG’s weren’t loading yet. Instead we went to MFSR. About 15 min wait. I mobile ordered some Ronto wraps and we had breakfast after the ride. Wandered around GE for a bit and asked some CM’s if they had any info on RoTR. Needless to say, the 1 day we chose was the day it would never load a single BG. Bummer!! I don’t think I recall a day in a long time that the ride was down all day. We had both rode it before so it lessened the sting a bit. 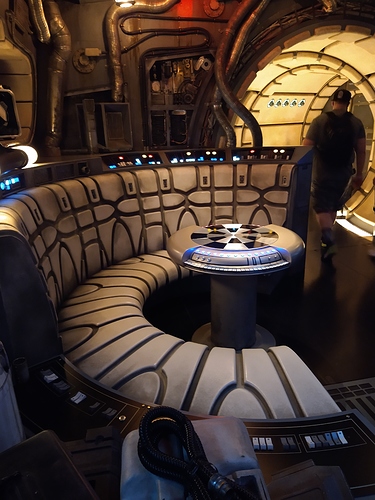 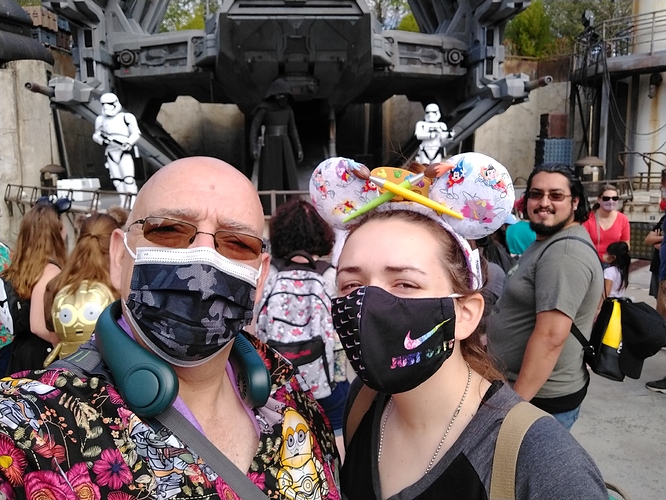 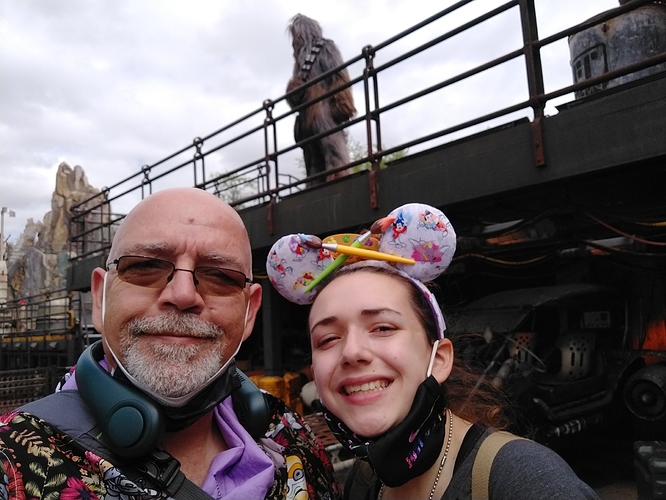 IMG_20210520_101747108.jpg2304×1728 1000 KB
Only other must do was Slinky and ToT but those wait times were insane midday so we decided to take a ride on the only attraction with no wait time…“the skyliner” but as we were walking by the Frozen Sing Along show was just beginning and still loading for the 11am show, so we walked right in and the show started within 2 minutes. Great show for all ages. I have an older video of DD’s both singing at the top of their lungs when that show first opened. So cute.

On the way to the skyliner I took a chance and stopped by GS to see if they had any info on RotR. They gave me a card with a reference# that is linked to my MDE acct that gives me a fastpass to RotR the next time we are down. Very nice!!
Hopped the skyliner to AoA and showed DD the grounds as she hasn’t been there yet. Plus it was still too early to hop to MK. 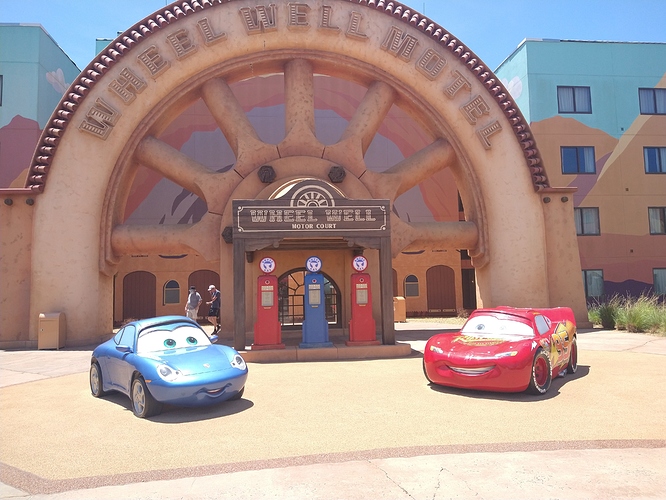 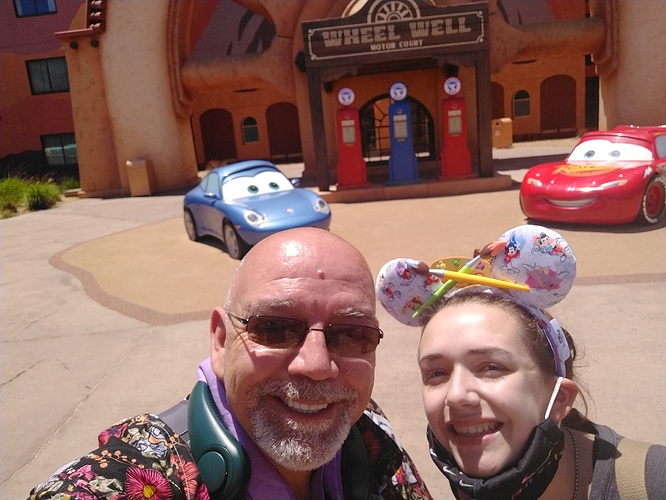 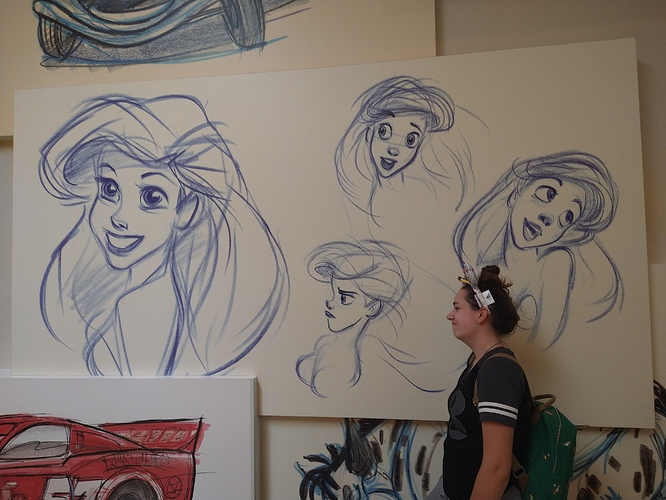 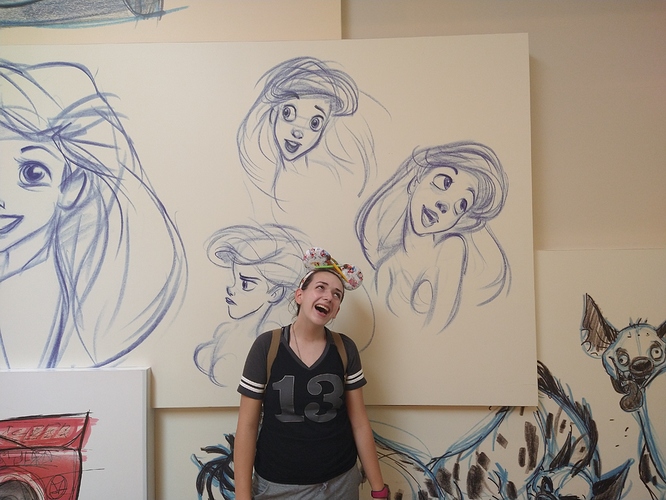 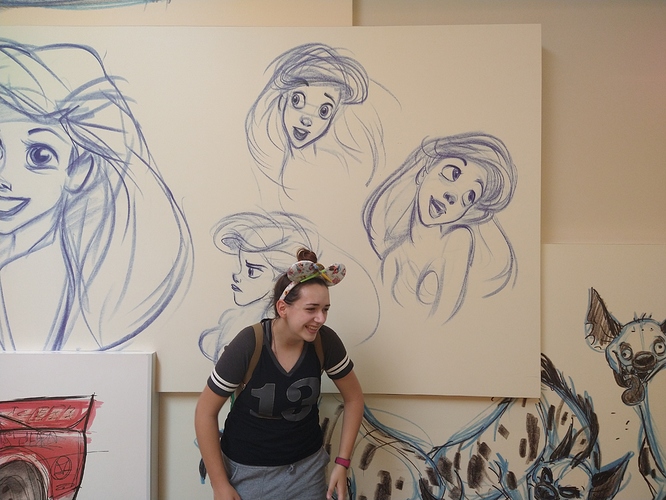 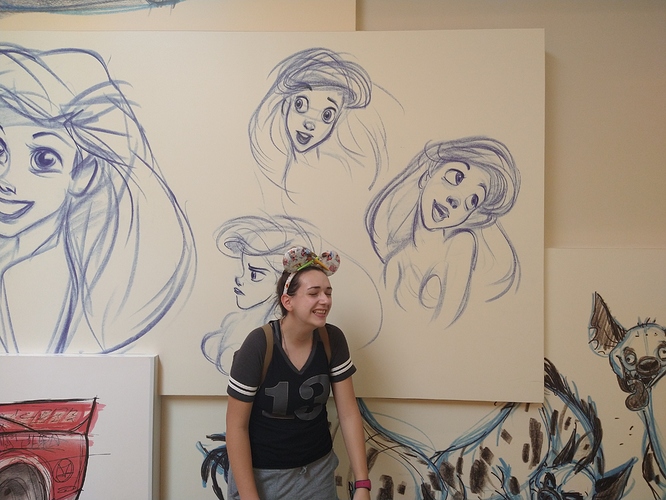 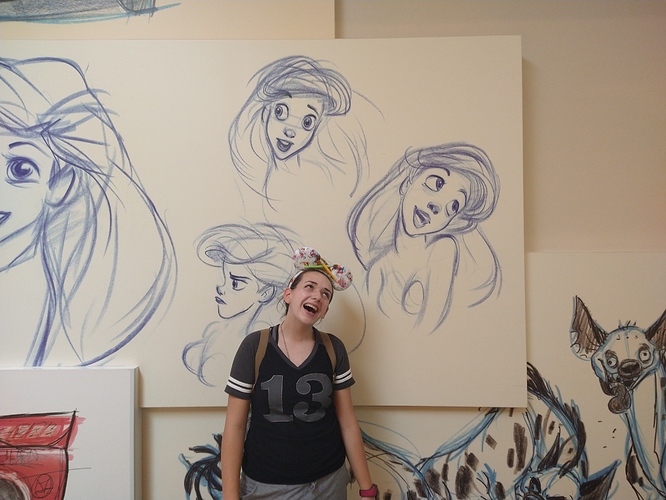 From AoA we hopped the MK bus but still too early we decided to hop the ferry to TTC as I was looking for a new hat and wanted to check out the Poly. We had the top deck of the ferry to ourselves. From there we walked over to GF and grabbed the monorail to MK. 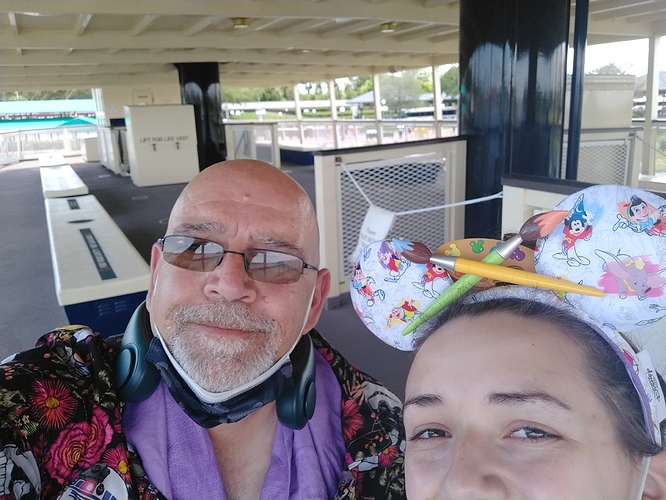 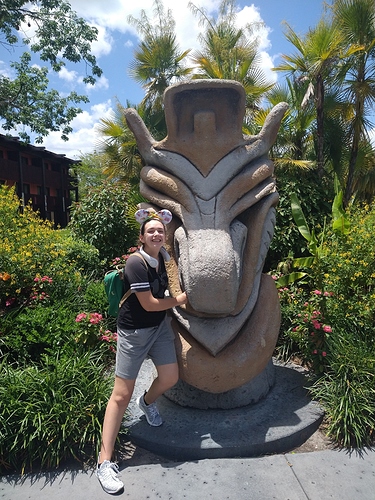 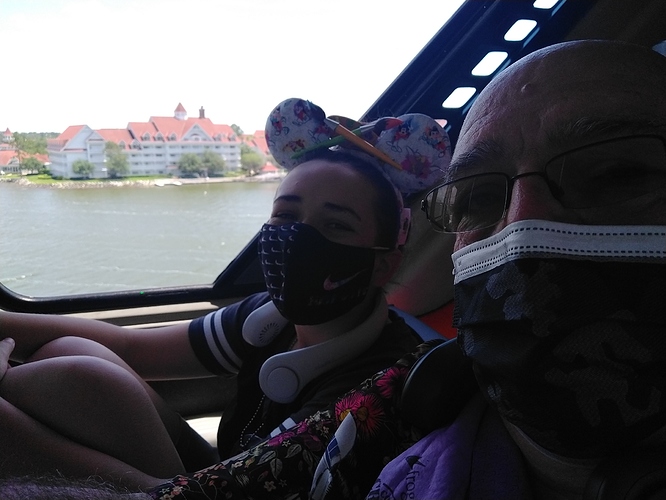 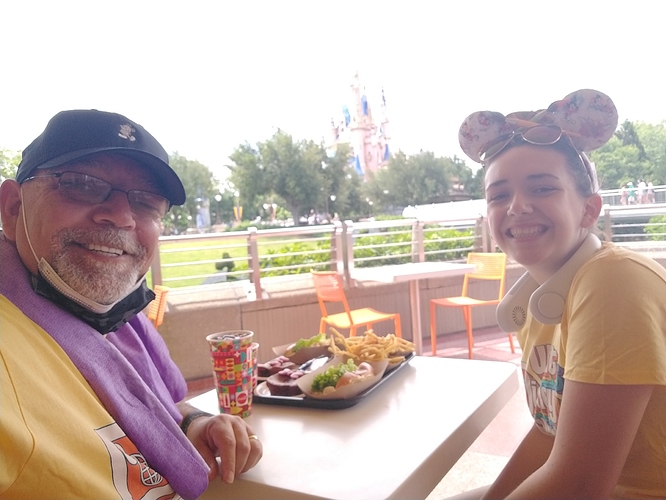 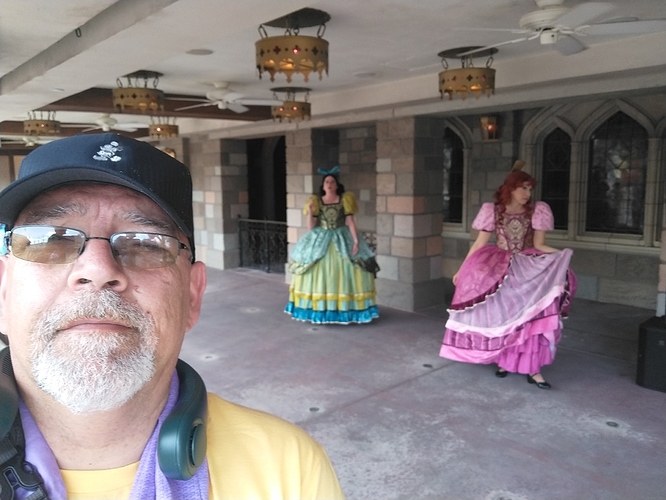 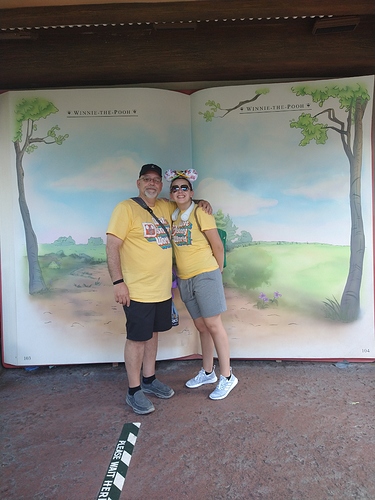 IMG_20210520_160251134.jpg3000×4000 3.34 MB
since it was our last park day we both decided we couldn’t leave without doing ToT. So we bussed back to the resort for a little pool time and to freshen up and then we Ubered back to HS for about 7pm. We had time for 2 rides. So we headed straight to Slinky Dog and it was a 30 minute wait, then we headed for ToT to get in line before official close at 8pm. ToT was about a 55 minute wait. Both rides were epic and worth the wait. A great way to end our park day. 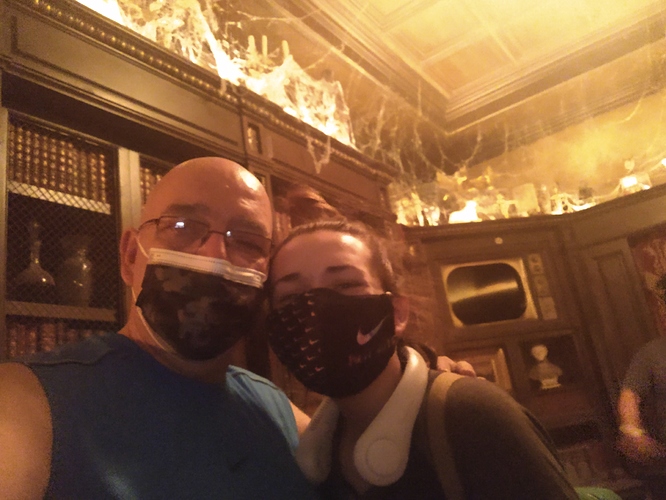 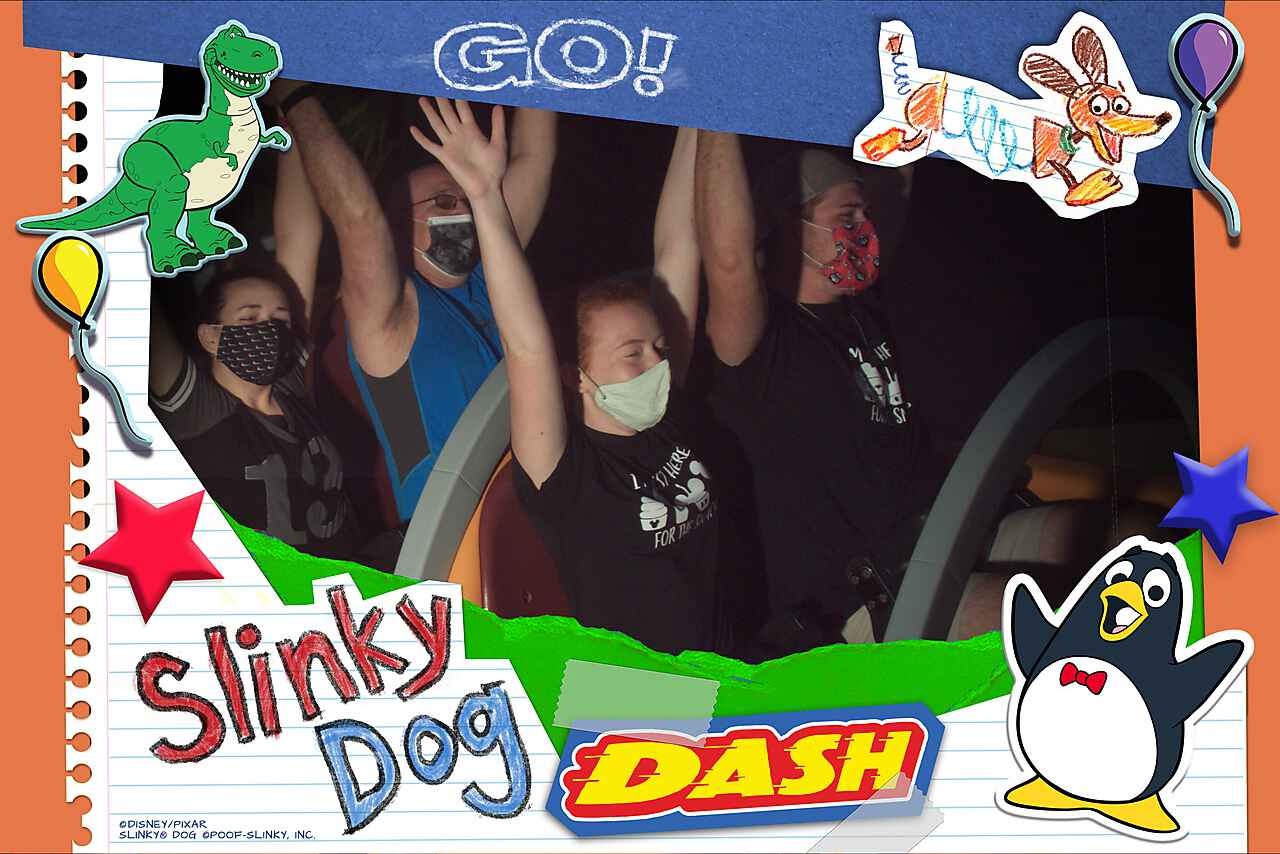 721546589_MEDIUM.jpg1280×854 172 KB
We were off ToT and on the boat to Epcot (4th park of the day. Sort of…HS, MK, HS, EP) Lol. Goal was to mobile order some Regal Eagle Smokehouse burgers and be in line for at least 1 ride prior to park close @ 10pm. We were hoping for TT but it took a little longer to get there and then I hit the “prepare my order” button about 5 minutes too late as we had to wait for our food to be ready. We didn’t get a ride but we walked out of a very empty park which was very nice. The burger and the Mac n cheese from Regal Eagle was very good.

That pretty much ended our night. Hopped a bus back to ASMo. Next day was departure day but we had some Mickey Waffles and sausages for breakfast from the food court, Yum!! Then some more pool time before we caught an Uber to MCO (which was insane BTW) 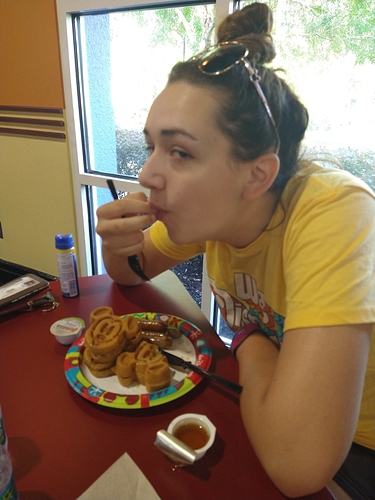 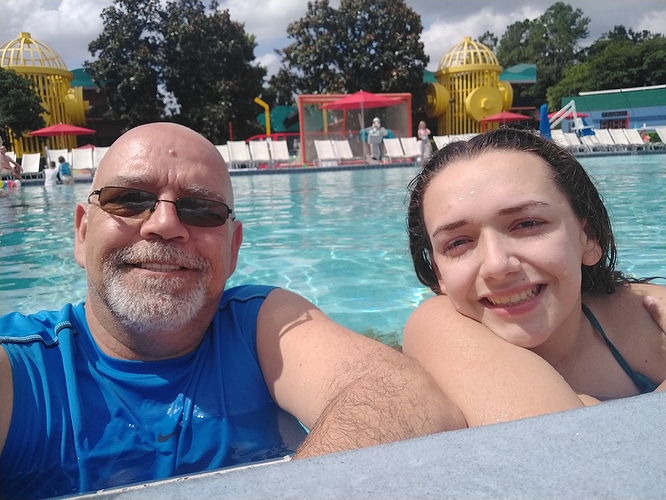 IMG_20210521_110513250.jpg2304×1728 1.15 MB
left ASMo at 12pm for 2pm flight and between Uber driver taking back roads to avoid tolls and the waaaay underestimated wait times at TSA according to the app (said 8-10 minute wait, actual 35) we nearly missed the flight. Funny thing is both DD and I had our backpacks pulled for additional screening. Never had this happened before. Only thing I could think of was the grenade type coke bottles we got in GE as souvenirs. They were empty but it’s all I can think of.

Thanks for following along. No future Disney trips currently planned but if I see a hotel or flight deal that’s too good to pass up, you never know what will happen

Thank you again for taking us along! You have a great family and those girls are lucky to have you as a dad (and you them as daughters!!) They seem to appreciate the time they get with you which is all sorts of inspiring. I wish I was that self aware at that age.

DD21 and I have the same matching shirts. But she won’t wear hers if I’m wearing mine!

. Great trip! I recently took both of my daughters on separate trips. It is so nice to be with them one on one.

Thank you for sharing this trip!!! So great that you got some 1:1 time with each of your girls

We stayed in Mighty Ducks last trip - liked it too. The last day we explored and realized we were about 200 feet from the AS Music food court, compared to walking across half of the Movies resort to hit that court.

Moral of the story: Always explore the resort first day. Could have saved some steps on my early morning coffee runs.

I was probably checking Chat! Nice to meet you both!