Your favorite bit of nostalgia

The post by @ryan1 about our Disney Histories got me looking through the old photo albums to compile my experiences. Photos from my first trip back in '83 brought a wave of nostalgia, I almost had a little tear come to my eye.

I really really miss all the old Epcot attractions with the original songs. Does anyone remember when the “listen to the land” boat ride had a live guide and had a folksy theme song? Or the “Energy” ride, pre-Ellen Degeneres, with the Universe of Energy song?

What’s your favorite bit of nostalgia? (The intent isn’t to complain about change, but to celebrate our favorite things from the past).

I loved the huge tv phone booths in EPCOT to make reservations in. Icouldn’t afford fancy restaurants back then but once went into a booth and picked up the phone to say hello to the person on the other side.

And I really realls miss Alien encounter and XS tech. I remember being so blown away by that attraction. It was gruesome and awesome.
And I loved the hydrolators at seabase Alpha. I had a T-shirt that I used until it became indecent to wear(‘corse yunguns these days wear much less!)

The only thing I remember from WDW is getting to go into Mickey’s house and the cow that had spots in the shape of Mickey. I haven’t seen any of those things in promotional photos or vlogs/videos, so I don’t think they are there anymore? And the Electric Light Parade.

I spent two days at Disney when I was a kid, 7 years old. A single Magic Kingdom Day and a day at Epcot. I remember the song for the 15th anniversary parade vividly and I’ve been know to insist I had it “stuck in my head” until I was 34 and it was repalaced with the Festival of Fantasy song.

You are not dreaming it up. Her name was Minnie Moo. 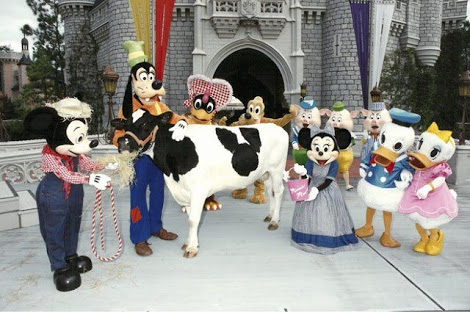 The Electrical Parade is definitely a good one! I thought all those creatures and sounds were so weird as a kid, but the quirkiness made it great.

And I loved the hydrolators at seabase Alpha. I had a T-shirt that I used until it became indecent to wear(‘corse yunguns these days wear much less!)

Lol. I wish I kept all my old Disney shirts to pass on to my little ones! I had this space mountain shirt that I thought was so cool that I think my parents had to hide it so I wouldn’t wear it everyday to school.

I only went once as a kid but seeing this brings so much of that trip back! I absolutely remember Listen to the Land and seabase alpha. I remember riding the universe of energy ride but not the song that went with it. I need to dig around the next time I’m at my parents to try and find those pictures.

Some nostalgia lives on.

For example, I remember arriving at Epcot and being in awe of Spaceship Earth that first time. Still experience that, although I don’t recall the monoliths being there the first time I visited. (I find the monoliths actually kind of annoying and feel they could have done something better with that space.)

But moreso than that was seeing the jumping fountains. The fountains still jump, but no one seems so amazed by them. But back when I was a kid, they literally drew huge crowds. Part of that might have been because of Captain E.O., though.

Also, what about experiencing for the first time the Star Trek-style doors as you entered the buildings? I mean…they open themselves automatically! Of course, there were automatic doors elsewhere, but you always had to walk on a big rubber pad to trigger. The the doors there just opened magically from a concrete entrance! It was magical. Of course, it wasn’t long after that when the technology was seen pretty much everywhere…but Disney was the first place I’d ever seen it!

They were the pioneers of so many cool things, like the fountains and the hydrolators. And you’re absolutely right about how some things live on. We were at Garden Grill and they had an instrumental version of “listen to the land” playing in the background. There’s all these subtle reminders of the past if you pay attention.

My very first Disney trip was at the age of 7 with my dad and sister, right after my parents separated. What I did not know at the time, was that my dad was taking us on a trip while movers were at our house moving us out

I don;t remember too much about that trip, other than being really hot and sunburned (it was August) and getting lost at MK for 15 minutes. BUT, my dad actually passed away on November 29th last year and I knew I did not want to spend this coming Thanksgiving home feeling sad, so we decided to surprise our kids and we are headed to WDW 11/20-11/26 for a hopefully very magical trip to help ease our sadness as the one year mark approaches. My DS and DD were very close with my dad so it has been hard for all of us. So for me, the nostalgia piece is more of a feeling of my first ever Disney experience being with my dad, who I love and miss very much

So sorry to hear about your dad. I hope this trip brings back good memories of him when you went with him years ago.

I wish I kept all my old Disney shirts to pass on to my little ones!

I’ve still got my band shirt from my trip in 1987 and my grad nite 1993 sweatshirt, which I still wear. Lol

I remember loving the “food” show in the Land, as a kid… Kitchen Cabaret, maybe? It was soo cheesy, but we thought it was hilarious as kids.
Also, remember going on Space Mountain for the first time. My dad took us, because my sister had gotten chicken pox and Mom was staying back with her. What I didn’t know was that he gets extremely motion sick! We had to sit in the hallway for like half an hour, afterwords, before he was feeling up to doing anything else.

I had blanket made out of a bunch of my old Disney shirts! 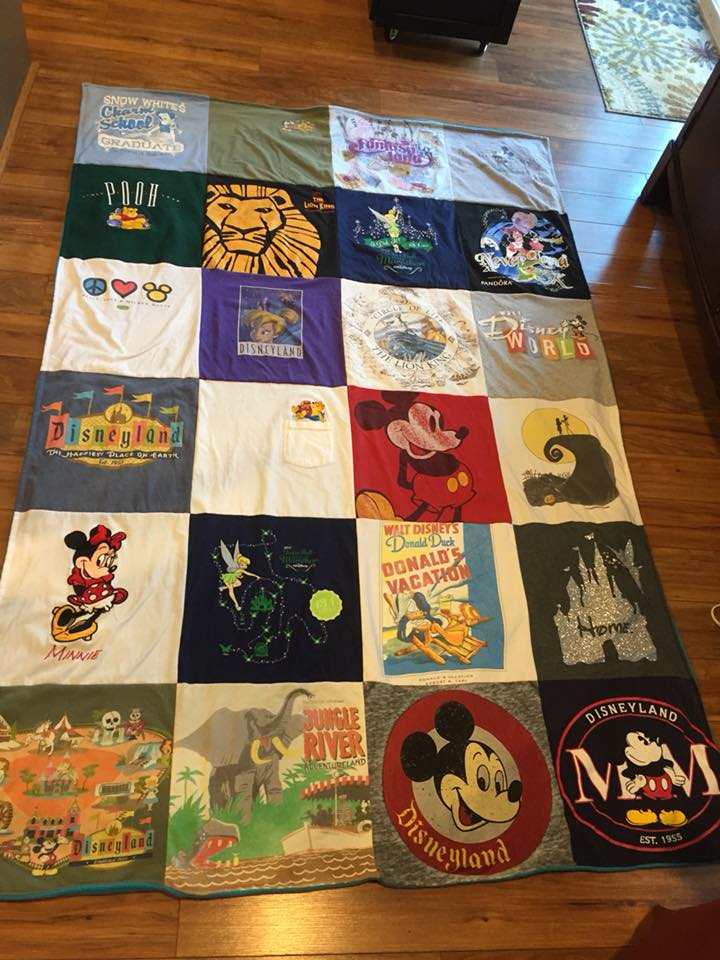 You don’t get into Disney Merch much, do you?

That is more than 20 years’ worth of shirts! Although I have more of similar vintage that I am still wearing.