The Star Wars stage show at DHS, “A Galaxy Far Far Away” is to go seasonal, the last day will be 29th Sept and the show will close for several weeks. No re-start date has been announced, but it will resume “later this year”.

The Star Wars show at Disney's Hollywood Studios will be taking a break from daily performances.

Between this and the Jack Sparrow show, so disappointing!

Is there actually anything left?! So disappointing. A lot of the things that have gone I’m not that interested in but that’s really not the point.

Exactly. I feel a bit cheated…

To be fair, this may not be cost-cutting. It seems like there is work that needs done on the concrete where the stages are.

All the same, the timing of this on top of all the actual cost-cutting measures sucks IMO.

Yeah I agree on both.

We’ve not been before, but the description of this lists the March of the first order as part of it. Do I need to take that off my plan too?

This doesn’t look to be going seasonal. As stated above, they are doing concrete work, so the show is only closing for a few weeks. Bad timing though.

What happened to the Jack Sparrow show? I didn’t hear anything about that.

That stinks. I really enjoyed that show. We saw it in January when there were low crowds and loved it. Thanks for the info!

Where do you see that it includes the March ? I don’t see it. I will be so bummed if that goes too !!! Nothing is left…

We’ve not been before, so it’s possible that I’m not interpreting correctly.

So disappointing. A lot of the things that have gone I’m not that interested in but that’s really not the point.

A wise observation. If they haven’t gotten around to tinkering with your particular interests yet, be patient. They’re working on it. I’m hoping that some of this disappointment is being reflected in the multitude of Disney surveys (I’m assuming) we all receive.

the timing of this on top of all the actual cost-cutting measures sucks IMO.

Speaking of timing, I wonder how much the newly negotiated wage scale has to do with any of this.

Honestly I have no idea how to interpret is.

There is a separate entry:

They are also 2 separate things when you are building your TP, although the show seems to follow immediately after the March, which makes sense since Phasma brings her troopers to the stage where they shoot their blasters. Since the stage is also involved at the end of the March, at least this part will disappear but I do have a bad feeling about this…I think the March is likely to go down as well…

So bummed about this, and I do not know that this is a seasonal closure: 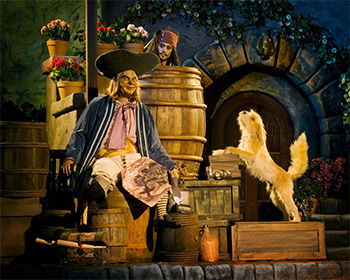 Pirates of the Caribbean News