DH and I had the on site/off site conversation last night. We’re DVC members so it’s pretty much academic, but I was saying that if we were paying cash for a room there’s no question that I would choose off site for the savings. He, of course as the ying to my yang, thinks exactly the opposite. The thought of renting a car, driving ourselves around and losing the feel of the bubble is a deal breaker for him. He simply wouldn’t even go.

If a business employs a subscription service like DVC or APs they also need to maintain loyalty. How their customers feel about them determines return or constant business. BC over the long run constant income is better than a one and done. The later moves onto to the next attraction. Apple is a good example of a company developing loyalty; they have a strong customer base and die hard users. Disney has got to have ppl considering all of this.

It really feels like a sharply divided question - I haven’t found many people who don’t have strong feelings on the subject. You are either very pro-rental car or just as decidedly anti-rental car.

I thought about it for October, but it would add $583 to our trip to keep the car for six days instead of just the less than 24 hours we need it to travel from Clearwater to WDW. Then another $15/day for parking fees at AoA.

I am not willing to pay more than $650 so I can drive from our resort to the parks so WDW transportation it is!

Not sure if it makes sense for you, but for two trips where we were mostly on property, we relied on DME, then just rented a car for a few days from the car care center (CCC?) just south of MK. The shuttle from the hotel to the CCC was easy to schedule and when done a few days later, it was an early drop off, so after dropping the car off, they had no issue taking us from there straight to our planned park for the day.

Glad I booked a few weeks ago. Just searched my dates and SSR has gone up significantly. Look at Coronado. 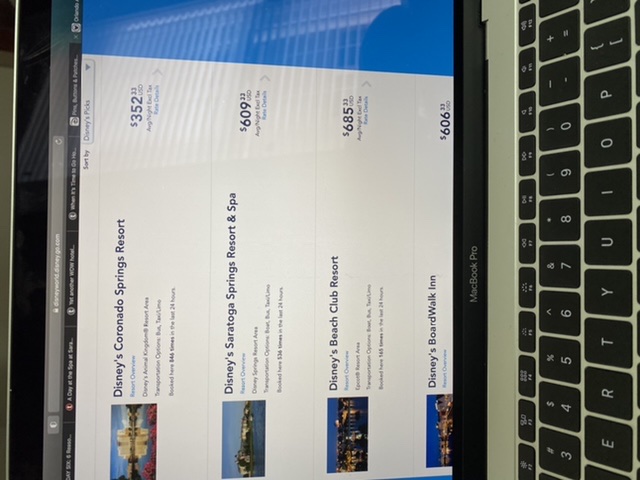 I am attending a conference in Clearwater just prior to our visit so I am renting a car to travel from there to WDW. We will drop it off at the Car Care Center after checking in and dropping off our stuff.

I was thinking of keeping the car if we thought on property transportation was going to be more challenging… but it is definitely cost prohibitive.