Will Trade: Random Covid Info for Targeted WDW/UOR Info (aka Land of a Gabillion Silly Questions)

On that vein… Ringling Bros Museum in St. Pete (think Greatest Showman), or Salvador Dali Museum near by Ringling? It’s an hour drive from the parks and beaches are gorgeous on the gulf.

Many places are not taking bookings for over 6 people due to having to space tables out.

Which restaurants specifically? I have 7 including a high chair. Should I call later to add the 7th person? Should I just book for 6 and hope they don’t notice my lap child? Show up and say “kidding - it’s 7!” Or just make one person sit outside while the rest of us eat?

I’m not going to bother making 2 reservations for a high chair.

Excellent point! But does Houston have all those rockets you can stand next to? Never been, so can’t say. I will say the museum next to Wright Patterson in Dayton OH is pretty spectacular on the hardware front, as is the Air & Space near Dulles airport, but I liked the NASA tour just as well.

Sanaa the TS does not do break but the WS break QS fast is open. If you look at the menu you will see the breakfast menu:

I am tagging @brerbeer because I think he might be attending the meet.

have you all ever been to NASA

Actually, we’d normally be highly interested. (DD20 interned at NASA’s Johnson Space Center two years ago and we have lots of friends that work there.) But we looked at their recent reviews on Trip Advisor and were concerned about the lack of social distancing, inconsistent mask enforcement, and portions unavailable due to Covid. We landed on that same evaluation with a lot of other area attractions we considered. Thus…Disney!

DS11 identical twins won’t be eligible for a vaccine yet and one of them already had Kawasaki disease at age 3, which tends to have a genetic risk factor. There isn’t enough data yet to determine if that would also put them at a higher risk for MIS-C complications from Covid. Trust me, I don’t want to go through that again, so we’re trying to remain reasonably vigilant.

We might consider a beach day on 6/6 if we have the energy and have tired of the CWBC pools. But we aren’t huge beach people. (I know it’s no where near as nice, but we live an hour from the Gulf so can already hit that at a whim.)

we live an hour from the Gulf so can already hit that at a whim.

(I know it’s no where near as nice, but we live an hour from the Gulf so can already hit that at a whim.)

Yes, yes, I very much know!

One of these days the gulf current will flip and give you the joys from the Mississippi. (Because its 2020.1, and I feel like literally anything could happen!)

They are not selling new APs right now.

Oh, good. That takes that out of mix, then!

Are they selling new AP right now? If we’re already buying 10 day tickets, might the discount come close to break even on buying at least one or possibly two APs?

They are not. They are renewing existing and might reinstate cancelled under certain circumstances. We are all waiting with baited breath for their return though!

and the nasty brown scummy surf

(I think it was Freeport)

The oil rigs and Houston ship channel are definitely polluters, but the water would still be super murky even without them. All the farm fertilizer and whatnot from the entire Mississippi basin flows west along the coast past Galveston. That’s why Texas beaches get nicer the further south you go. 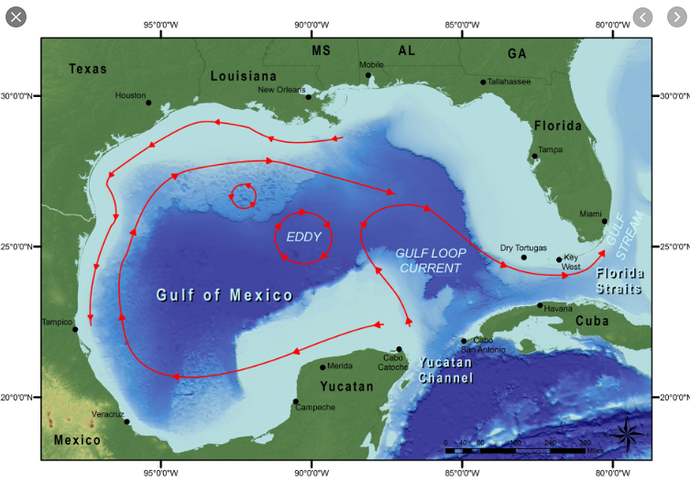 Ahhh… It was my first TX gulf beach experience and was shocked and dismayed and it was sooo gross. I was there on business and drove over for the salt air. Hadn’t been to a beach in a few years as I was living in Utah last year.

sorry to highjack the thread; carry on

Sanaa the TS does not do break but the WS break QS fast is open. If you look at the menu you will see the breakfast menu:

I was hoping for that menu and a peek at the animals. So it’s QS and no ADR needed?

It does get beyond disgusting. I’ve helped with the annual beach cleanup a couple of times over the years. There is definitely oil rig litter in there. But only so much that can be done with the currents the way they are. Florida just got luck on that one.

And there’s a point in their lifecycle where masses of jellyfish die and it looks like there are used condoms everywhere!

@ppehap I made you touch them, didn’t I? And now you feel the need to go wash your hands…

Oh my, I"ve been on the beaches near Pensacola littered w/ dead man-of-war and they DO look like condoms

It was a little bit of a shocker 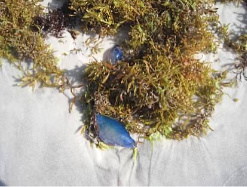 and they were next to these… .this was on Henderson Beach, FL