Why is this still a thing?

I was looking through some of my notes and saw “annoying T-shirts” and immediately remembered my annoyance with the “most expensive day ever!” T-shirts. They were everywhere.

Why are these still a thing?

What, you think you’re the FIRST person to figure out that Disney costs money? Puzzle that out all on your own there, Einstein? Oh and hey, thanks for sucking some of the fun out of the day because you are reminding everyone that this costs money that you could have spent elsewhere on more responsible things. Thumbs up, ya derp.

That’s just crazy! Everyone knows the day someone gets divorced is the true most expensive day ever.

I saw one far more offensive last week - My favorite villain is my wife. No way I’d let my DH wear that!

No way I’d let my DH wear that!

That’s the sort of thing a villain would say!

That was another one. Like … why would you wear that at all? It only insults both her and you. Her for obvious reasons, and you because you’re too much of a weakling to take a stand on anything.

Yes. Agree that some of the shirts are overdone and others rude and offensive. But I will say, I prefer those to some t shirts I have seen men wearing that are advertisements for Big Johnson brand sports equipment. Those shouldn’t ever be worn in public!

How about the ones that say, “She’s with me for the D” with “D” in Disney font.

Can I just check on the rules here? This is a thread about t-shirts people shouldn’t wear at WDW, right? So I can post my picture of the person wearing the five F’s t-shirt?

I removed my picture in case it was against the rules.

I guess I am naive. Don’t know what it could mean that would be offensive.

Think of another word for big johnson.

Oh. I guess I wouldn’t have gotten that. My innocence has been shattered.

I live in SE Michigan, and “the D” for us always means Detroit. In fact, I do tutoring there in a program called ”ABCs in the D" so my brain just wasn’t thinking along those lines at all…unless you found Detroit that offensive!

More of a “grinds my gears” thread. Not specifically isolated to T-shirts.

How about this one? Yea or nay? 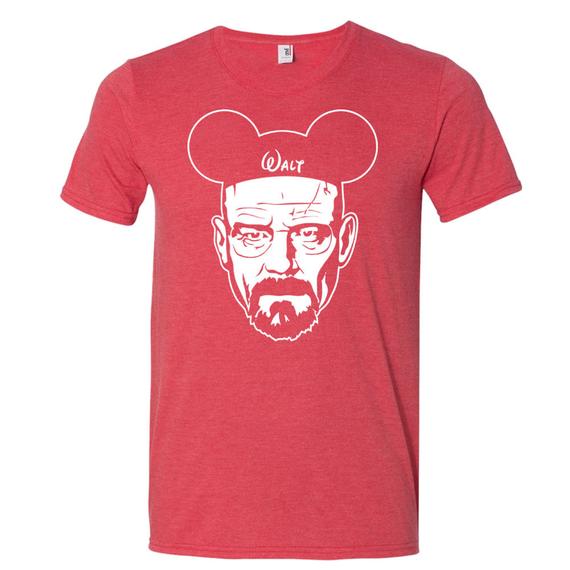 I have on occasion raised political and religious subjects on these forums. There is a strong argument that this was inappropriate. There’s also a counterargument, too.

But when it comes to being in actual Disney World I think everyone should act as magically as possible. It’s a big ask, perhaps, for some.

Walter White is a murderous drug dealer. OK, kids wouldn’t know that but the picture is a little scary and a kid might ask his parents “who’s that?”

So I personally wouldn’t wear that t-shirt at WDW.

Nor would I wear this one: 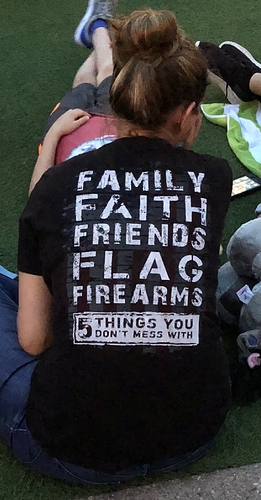 It’s overtly political. You might agree with the sentiment, you might not. I, of course, am silent on the substance of it.

But it’s political and non-magical.

I was just teasing. I find the Walter white shirt funny, but not for wearing at Disney.

But that for me was part of what was great about the show. They reel you in and get you rooting for Walt, and then he gradually gets worse and worse. At what point did you stop hoping for him to come out on top?

what was great about the show

For sure! It’s one of the best tv series ever. I’ve seen the whole thing twice.

Am I supposed to recognize who this is?