Why is Disney so useless?

I’m reading Bricker’s daily e-mail and catching up on the Magic Band+ news.

How has this still not yet been released. A major selling point is how it interacts with the 50th anniversary statues. They were installed — what? — nine months ago?

And the release date is “this summer”. Why the hell isn’t there a date? How can they not have one? Do they really not know?

I thought it was 1st June. I saw it on chat after they accidentally put them out and CMs didn’t know how to link them and then they took them off display. 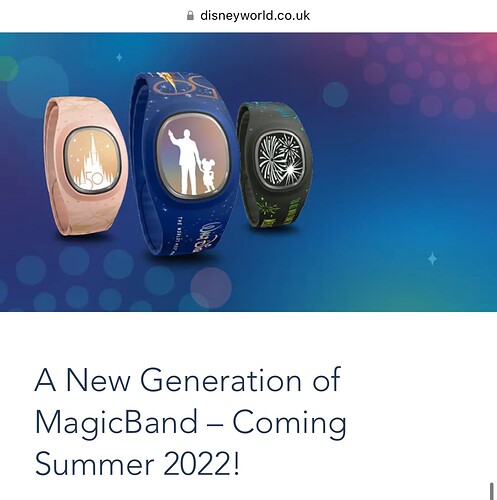 It may well have been posted by a blog speculatively, I know there’s nothing official. I can’t remember if they said where they had got the date from.

Yeah, this is a mystery to me… the ONLY reason for not disclosing, is that as soon as they announce a date, I would imagine it will chill sales of MagicBand2.

And they don’t want that.

They want you to buy a new Magicband2 on June 3, and then turn around and buy a MagicBand+ on June 4…

I mean, I wouldn’t THINK so… 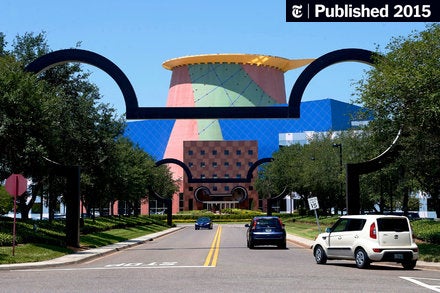 American tech workers in Orlando found their jobs and desks transferred to immigrants brought in under H-1B visas by an Indian firm.

i doubt that this was a path to software development success.

to be clear, i am referring to building a team of contractors “trained” by the employees you just made redundant. I don’t care where the replacements come from or what their visa status is. adding a layer of bureaucracy between engineers and end users never ends well.

They don’t have a lot of MB2s to sell!

How has this still not yet been released

Supply chain issues. That’s the explanation for everything these days.

We’re going without MB for our trip late May. Thought the new MB would be available by then.

I have my MB from 2019, but rest of family don’t know where theirs are (and I’m not putting effort into finding them).

I refuse to pay for new ones when we can get same functionality with our phones. If I’m going to buy one, it needs to have new features.

Exactly my own view. I would be interested to try the new ones. Zero interest in buying any more of the old ones.

So if Disney can’t get its act together: no sale.

So you can use your smart phone MDE app or your ticket/card for entry and G+? That is good to know, because we’ll need to scan for DS5 and I didn’t want to buy him a magic band and have his little brother upset that he doesn’t get one too. Our phones would be much easier than having the card handy all the time.

This is my suspicion. It it quite possible the chip they are using is in short supply. In my work, we have had to find replacement chips for certain components, which has led to some massive software development efforts to keep our production lines from shutting down. This is a much larger deal than many people realize. It is why, for example, the car my son ordered for his wife took about six months to get.

MB+ is not a difficult engineering effort by any means…but the chip shortages are growing worse, not better, still.

Agreed. Similarly auto industry is seeing significant delays of new cars due to supply chain issues. This is not just a Disney thing.

not just a Disney thing

Correct, but so much more annoying with impact to Disney.

Off topic, but that has never stopped me before…has ordering cars and waiting for them become a much more popular thing recently due to limited options at dealerships (due to less production due to parts scarcity etc.) or is this something that’s always been a preferred purchase method? Is this for pickier people or have people had to do it this way? I’ve seen quite a few here mentioning ordering a car, and I’ve never done it.

I search online for the best possible deal of cars physically on a lot I’m willing to drive to that has most of what I’m looking for and settle for one that checks the most boxes and drive it immediately. Will usually try to negotiate price down further if possible too. Is this an outdated way of doing things now?

I haven’t used it yet.

You can set up Magic Mobile through MDE and enable bluetooth which will let your phone (or Apple watch) provide magic band functionality. https://disneyworld.disney.go.com/faq/my-disney-experience/magic-mobile/

I think I’ve seen some comments about accessing ride photos, but I haven’t paid much attention because ride photos aren’t a big deal to us.

There are also several comments in chat and in forum that people are still using MB because magic mobile usage slows down the LL entry when someone has multiple people they are checking in through one MDE account. Again, I haven’t paid much attention because each person in our party has a phone and individual MDE account. You may want to research a bit for what to expect since I doubt your DS5 and younger have their own phones and accounts.

I all my many years, I know 2 people that ordered cars. One was very picky about color, trim and features he wanted. The other ordered a BMW from the German factory.

In the past month, I have heard of 2 people that have ordered trucks. Then I heard that they (whoever they are) get a certain number of orders for a specific color before producing. Heard it from a person, not the internet, so it must be true.