Why I fear rain

I was listening to a podcast this week and they were discussing how rain might actually be a good thing during a WDW vacation. (Clears out the parks, cools things down, etc.) One of the hosts started the discussion by saying, “Hey. It’s just water. That’s all it is.”

But that’s not really the whole truth, is it?

MK on a day with blue skies and white fluffy clouds, looks a whole lot more magical than a grey, overcast day, or in the rain. It just does.

Some of us plan our vacation very carefully and rain can throw a real spanner in the works. One of my MK days features rides that are all indoors. (Not by design. It just worked out that way.) If it rains, I may not even notice. But I probably won’t be that bothered.

But another features rides all of which are outdoors. In the rain they close. Or they’re a lot less fun. OK, well, “nothing you can do about it — make the most of it”. Fair enough. But it could mean I’ll miss out on a bunch of rides I was really looking forward to and that I won’t have time to visit again during this trip.

Then there’s the practicality of it. Buying ponchos, buying the right shoes. Or carrying spare pairs of shoes. And socks.

I’m just saying that I don’t think it’s fair to be critical of people who worry about rain. It won’t necessary ruin your vacation, but it does take some of the magic away.

Ooh. For example, it rained during the MNSSHP I went to last year. No headless horseman. Very disappointing. Delayed fireworks and parade — which meant a lot of standing around waiting for announcements as to when they’d be. It was a disappointing end to my vacation.

Our one MK day was rainy. It downpured while we were heading to our PPO BOG ADR, so we didn’t get a chance to get our ponchos out. We were soaked. And we didn’t get my castle pictures. Not so great. However, I have great memories of us riding 7dmt and BTMR with our ponchos and my husband hysterically laughing as we slid around (on BTMR) and getting pelted by the rain. You can make the most of a rainy day and have a blast. And we did have a sunny day for MK later in the trip as well. You can be concerned about the rain, but no one controls the weather. It’s all about changing your expectations and just having fun doing something that’s not on your plans.

I agree, some of my best memories are in torrential rain. My photos look better in the sun, but otherwise it genuinely doesn’t bother me that much. Of course, several days of torrential rain with no let up wouldn’t be much fun.

I hate getting wet in the rain. And a huge pet peeve of mine is wet feet. I just can’t stand it. The worst part is that my kids refused to go back to the parks and poncho up and carry on when it was raining.

Last week we had a MK day that was off and on rain (sometimes torrential downpours) for most of the day. I admit it wasn’t as magical. But the rain scared off others and the park was not crowded. We accomplished so much. Now I did end up buying new socks because having wet feet was driving me crazy.

I feel you. We wore ponchos every day of our 5 day trip in May, except arrival day which was beautiful and not a park day. Actual rain came and went pretty much all day every day. It was not as bad as predicted by the weather gurus though. We were not stuck in torrential rain except during ROL and on the way into HS (got out of Lyft and stepped in puddle mid-calf deep–good times). We had a fabulous trip. Crowds were light. Only once did any rides shut down b/c of lightening in a park we were in. The worst part was continually checking to see if it was about to downpour or not. And I had to buy a hoodie as it was chilly being a little wet and going into A/C all the time. A brief shower in the afternoon is expected and maybe desired, but we had rain/drizzle/clouds the whole week. The worry about ponchos and wet shoes and such was much much worse than the actual rain IMO.

I hear you and tend to agree. Spotty afternoon showers are one thing. Days of rain on a big investment vacation are another. We were lucky for our April trip. It rained all day only our Epcot day (cleared enough to do test track in the evening)
But we did less that day for sure and had less fun than if it were clear. We had semi local family join us that day and there were few if any photopass CMs out. At least we got a couple of ride photos together.
Fortunately no issues the rest of our trip. I saw all the heavy rain shortly after we left, and was so relieved we didn’t have that. We couldn’t just say oh well and make it up the next time. We’ll be lucky to get back in 2 years, let alone 3.
I will also add, the walkway flooding/feet issues were worse than the rain itself. I think we could have handled better with dry feet.

We are just returning from 2 weeks away currently waiting to board! The first week was not great I am not going to lie but the second week was so blimmin hot we found it hard to tour in the sun with that humidity it killed us. Sunny morning rainine afternoon worked a treat.

Our rainiest day was when we went to volcano bay it was by far the best choice to stick with it as we did all the rides and they were all ride it now. It was closed for 90 mins at lunchtime due to lightning but we could handle that:)

I am thinking of buying my MNSSHP tix while at Disney - it will be hurricane season and I so want to see the headless horseman. I will be there in mid September.

@profmatt I agree. While I do expect a pop up storm here and there in Florida, I would be bummed if I booked a trip and then had it rain all day every day for the length of time I was there. I don’t have rain appropriate attire or footwear because at home I choose to avoid significant rain under most conditions. I am highly considering buying waterproof footwear for my family for our next trip.

One of my favorite photos from Disney happened on a rainy day - all day rain that just got heavier as the day went on (lines were basically nil, though, which was great). We were on Main Street hanging out under the eaves when my almost 2-year old decided to dance in a puddle. A photo pass photographer stopped and took a whole series of photos of him, which bring back really good memories. So, do the best you can and find some golden moments amongst the downpours. 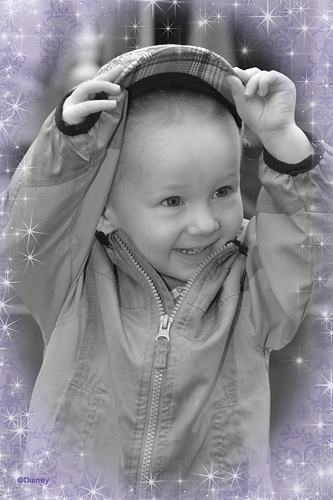 I am buying our MNSHHP tickets while there – I am there in August and there is only one date that will work, but I refuse to buy special ticket events early again. We bought tickets for Star Wars Galactic Dessert party last year and my son had an asthma attack and he and I spent that night in our room with his meds, while my daughter and hubby did the party. Not the end of the world, but makes me hesitant to buy any ticketed items early.

My first trip I was 10 years old, my brother was 9. My mom did not want to pack raincoats for my brother and me – so we were very fashionable in our garbage bags she cut head and arm holes in.

We were there last month the 13-18, and it POURED every single day. I mean we saw the lighting strike flash that we later learned but the yacht club. It was INSANE.

I knew it was going to rainy, the only thing I screwed up was not carrying my flip flops our first AK day and having to buy a pair because my shoes were so wet. We did NOT poncho up, it just sounded like misery. Instead I bought us cute coordinating umbrellas before we left and we used them.

Honestly, crowds were great, we did not feel guilty to skip park time to go back to the room for naps and movie watching, and we came home rested and refreshed…which was NOT the case after my February trip!

So I loved the rain. The sound, the smell. My hair looked terrible the whole week, but I stuck with my cute wardrobe and actually wore sweaters a lot of the time because it was cool.

I’m sure our quick July trip is going to be BRUTAL, and the long August one even more so. But it’s disney! I have 4 more trips this year, so I have plenty of time to enjoy and not stress.

If it was a once in a lifetime saved for years situation? I probably wouldn’t be as cool about it. But we will go 3-6 times a year now…so I’m just going to kick back and enjoy.

I have 4 more trips this year

I hate you so hard right now.

I have 4 more trips this year

I hate you so hard right now.

My cat agrees with you. He’s getting sick of me being gone.

I won’t even tell you how many day trips to Disneyland we take. So so SO many. (We are local)

But really, if I drag my husband to WDW he is forced to take time off from work. Otherwise he works straight through for weeks on end! 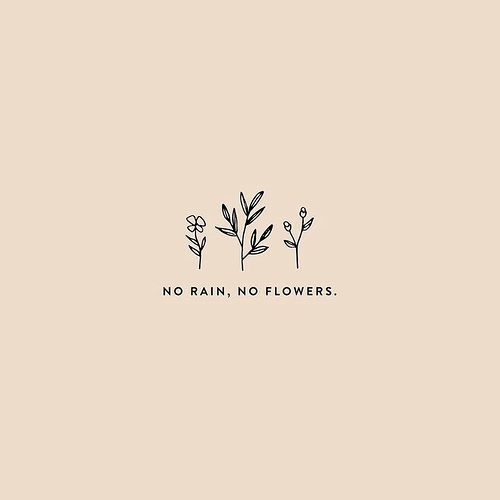 It’s not relevant to this thread but I saw this and thought of you https://www.theguardian.com/lifeandstyle/shortcuts/2018/jun/13/having-dog-never-have-holiday-jilly-cooper