Who is on deck?! Including Srentmee trip report!

Tues 9/22, Day 3
Walked via the Boardwalk to HS this morning after finishing up the online kinder 8 am zoom meeting. 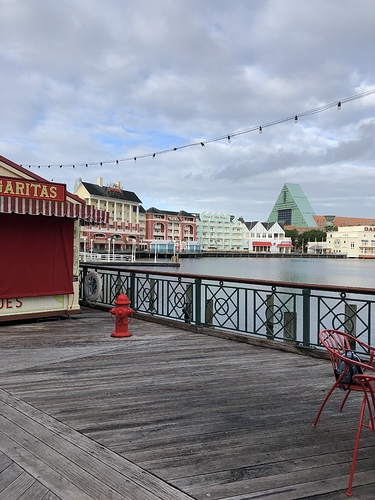 18EA6E0A-0E6A-4208-93C1-86D9B0B1CFF5.jpeg3024×4032 3.51 MB
Had wanted to get there around 845 but got there at 9 instead. Held in a line with all the other walkers until about 9:15 or 9:20 when they started the temp screenings. Went straight to MMRR and was off that by 9:45 (with about a 5 minute temporary delay in the dance room). Headed to SDD next and got in a line back to the preview theater that was posted 60 min but waited 35 or 40 minutes. No luck with the 10 am boarding group and though it felt pretty crowded, I heard no cheers at 10 am as usual which made me a bit suspicious. I’ve successfully gotten boarding groups on the two previous occasions I’ve tried. No matter though because our group has had the experience in the past and the kids are not wanting a repeat. Then we went and waited for ASS. As a member of this forum, I’m embarrassed to say how long we waited because it just defies logic. Anyway, the plan for today had always been to get there early and ride the two must rides for the kids and maybe 1-2 other rides depending on the wait times and then head back to the hotel for midday swimming and ice cream and then back to HS for the last couple hours. So after ASS we bounced.
On the way out, I saw a pin board and the kids made their very first trade (other than with each other)…it seems they are both now hooked. I hope the cast member lanyard trading comes back at some point. Left HS at 11:20 catching Mickey and friends cavalcade on the way out. 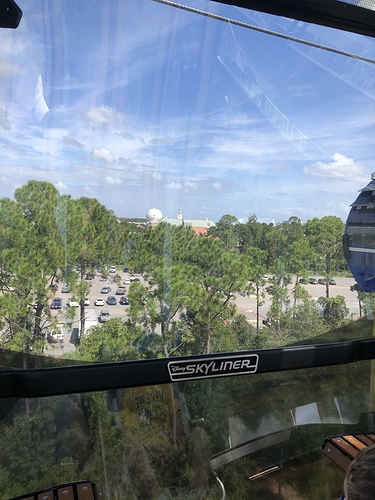 96109C80-BF2C-4D38-A4E6-EEF1458725ED.jpeg3024×4032 3.93 MB
Skyliner back to IG, ate lunch in room and then headed back to the SAB. Several more trips down the water slide, stayed stuck in the whirlpool a while. Tried to score a 2 pm BG for RotR from the hot tub but again did not succeed…but also did not get an error message about not being in HS, just the all full message.
Had a 3 pm reservation for Beaches and Cream specifically to get the kitchen sink. I was telling my husband about this a month ago or so and pulled up an internet photo to show him. My son wandered over and saw the photo. Ever since that time, at least once every other day or so, seemingly out of the blue, he’ll ask me if I remember the picture of the giant ice cream sundae and will then ask me to make it for him. 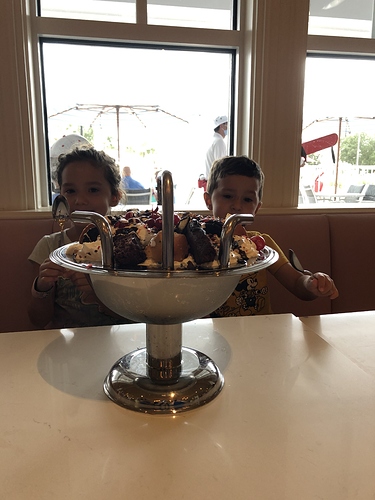 FE7CA97F-8A2E-4B6C-990E-3AD449ED6794.jpeg3024×4032 2.2 MB
Headed back to HS around 4:30 and the crowds were streaming out. Plan was to head back to TSL and do TSM followed by repeat rides on SDD until the park closed. However DS was passed out in the stroller by the time we got back there and DD now just wanted to find another pin board but was being pretty mellow. So headed to GE and finally tried blue milk (square cup). Thumbs up. Also stopped at 4 different PhotoPass photographers because there weren’t any lines. Ducked into Dock Onbars because there was no wait and finally tried Ronto Roasters. Headed out of Batuu and DD wanted to throw pennies in the muppet fountain so we did that and then she chased Grammy around the fountain for a bit. 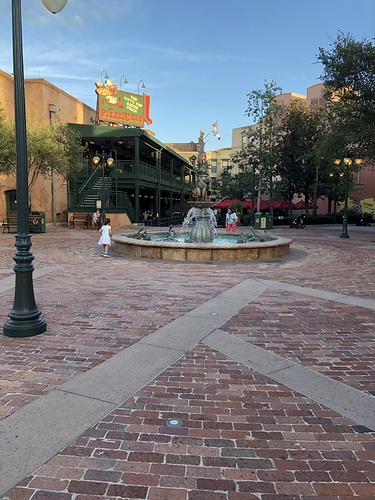 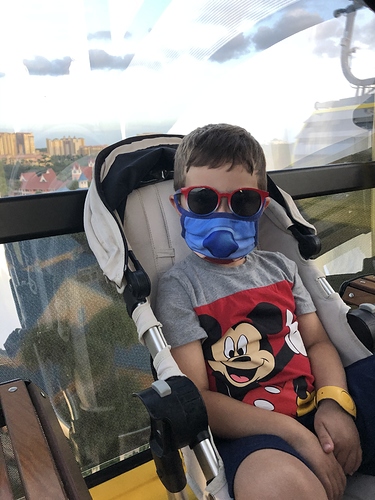 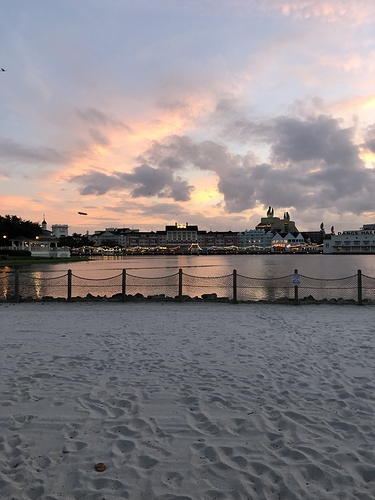 Sounds like such a wonderful day! Pin trading is so much fun. I got to watch on Facetime as my Grand-niece opened her birthday gift from us - a Frozen lanyard and princess pins! 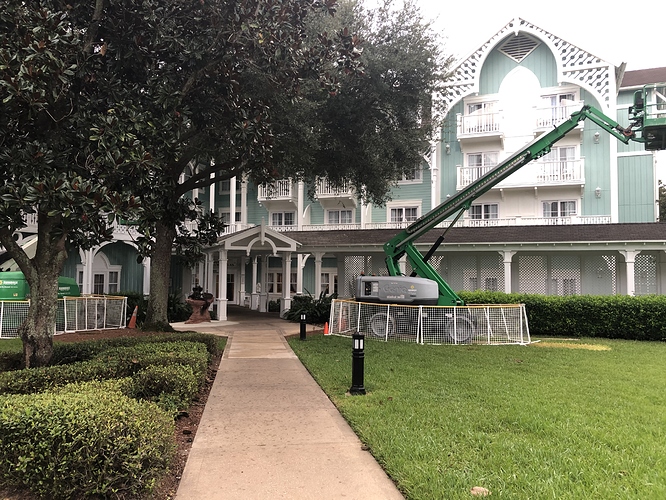 How was TSI as far as crowds go? Did your kids enjoy it?

Also, have you heard of others getting the 2 PM drop for RotR without being in the park, or were you just trying for science?

I haven’t been around much the past two days because work is off the hook insane. Planning to catch up here today!

We mostly saw the pin boards at AK and HS. There may have been some in MK and EP but we didn’t notice them. 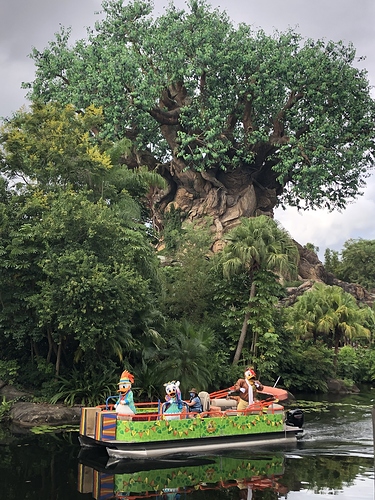 Thank you!! Super helpful! It definitely looks like plenty and we can always walk across to the Boardwalk too. I hope you can make it through the day today missing that arm and a leg that the IPA cost ya!

Headed back to HS around 4:30 and the crowds were streaming out. Plan was to head back to TSL and do TSM followed by repeat rides on SDD until the park closed.

Ooooh great to hear! This is our plan as well! I hope it works. Did I miss how old your kids are? Can’t decide if DS4 will nap or not! 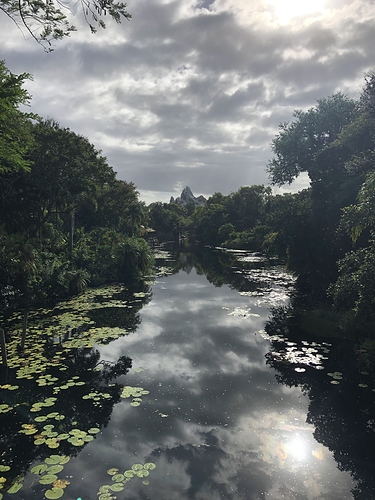 Wilderness Lodge lobby had a pin board in the last year or two. Off to the side of the fireplace.

Used to be lots of pins at American Adventure, Japan side, in Epcot.

We’ve always enjoyed pin trading and usually buy some before leaving for WDW. Ugly pins are best for trading One year I got about 30 Incredibles pins from somewhere. Not really ugly unless you have that many.

Oh, also when you get back to the hotel @srentmee, could you grab a pic of the Pool/Activities board for me? No rush or anything. Enjoy AK! Thanks!!

Have reached the point in the day when at work I say FTN and I don’t care anymore right now I need some Disney time.

I drank most of the weird smoky-spicy blackberry margarita to save them from having to drink much of it…but then needed to wash the taste out of my mouth with half of the other normal margarita.

as a first time DVC renter I had heard people mention this store but did realize what all they had there regarding food/grocery…if anyone has a specific question about what is available, let me know…suffice to say, it was much more stuff than I was expecting

DS3 holds a special place in my heart ever since he tried to pack a rug for your trip in August.

Ahhhh the Kitchen Sink!!! SO FUN!

Oh my goodness beautiful sunset pic on the beach!!

The excerpt below is is from @srentmee’s August trip report.

Knowing that I would be leaving for WDW the following morning made my last day at work, Friday, 7/24, fly by. After picking up the kids from daycare, we talked a little bit about what we could do the following day since it was “a stay home day” (versus a school day). They’ve had pretty much the same options for the last 6 months so they pulled from familiar script. My DD5 suggested we could take a walk to the fountain (in front of a near by temple). I responded, “Sure, we can go to a fountain.” My son suggested we get a donut. I responded, “Sure, we can get a donut or something like it.” My daughter suggested that we could play on the playground in our back yard. “Sure, we can go play on some type of playground.” Then they noticed that dad’s suitcase was out and half packed. They asked where he was going, he told that he was going to Disney World the next morning and asked if they wanted to come with him. They started running around in circles, shouting and jumping up and down. Then my pragmatic DD5 needed to know how many days so that she could count out the correct amount of clothing. What ensued was a flurry of last minute packing. I let them pack their own bags knowing that I will be repacking them in the middle of the night. My DS3 packed for himself: 10 books (mostly bulky hard back books), one mask (which only lasts about an hour before needing to be changed because he licks the inside until it is soaked), two leftover swim diapers (“one to swim in and one to poop in” he tells me—he has been out of diapers for the last 6 months expect at night), one pair of underwear, two PJ bottoms (no tops), 8 pairs of socks and a small area rug we usually have in the living room. That was it.

I love those DVC stores. They cover just about everything. Yes it’s at a premium, but hotdog if they aren’t convenient late at night on the way back to the room after a full day at the parks. We may have gotten a few 6 packs there over the years before MK started selling alcohol.

Just find out ahead of time when they close!

There’s a really good grocery delivery option you can do up to 11 months ahead (pre Covid) who would deliver the order straight to Bell Services (also pre Covid) so it was waiting for us when we checked in. All of that was pre Instacart as well, but I find because my family is SO picky, I’m always having to stop what I’m doing and text my shopper for replacements. That was hard to do with deplaning/Ubering/checking in etc.

For future reference to anyone interested, we use
https://www.gardengrocer.com/

Or do you know any other places in the parks or resorts that have pin boards?

I think most of the resorts have at least one store with a board. We found boards in a good number of stores at MK and AK as well. For EP and HS there seemed to only be one place in the park with a board and those only appeared at very limited times.

I used these lists for locations, but found they weren’t complete, especially for AK. 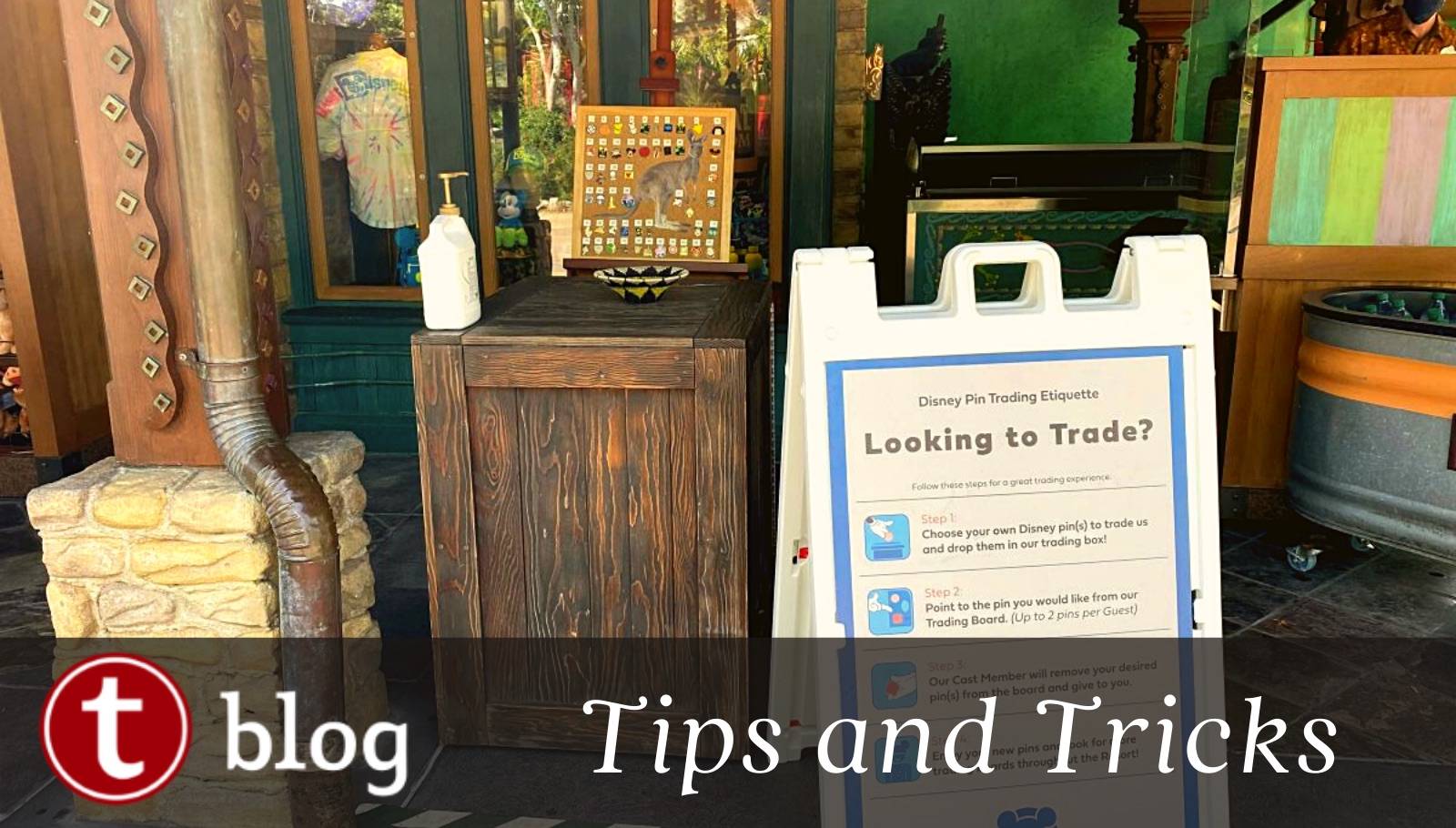 How to Pin Trade at Walt Disney World with Safety Measures - TouringPlans.com...

The days of Cast Members and Managers wearing pin lanyards are over, but you can still have some fun if you're into pin trading. Here's how.

Where to Find the Pin Boards at Walt Disney World with COVID-19 Regulations |...

In this article we tell you where to find all the pin trading stations at Walt Disney World with the new COVID-19 regulations.


Sometimes the pin boards are not immediately visible, so we looked for this sign: 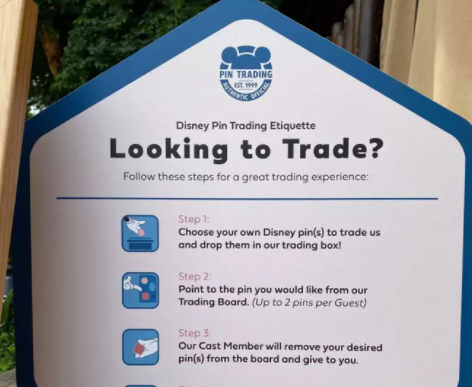