Which park for one day?

Which park would you recommend for one day for a HP fan? We’re planning a Disney trip next October (me, my cousin, and my parents) and are thinking of one day at UOR because my cousin has never been and loves HP. Not planning on park to park tickets because $$$ and we know that means no Hogwarts Express. So if you could only do one, is the HP stuff better at one park than the other?

My parents and I have been to UOR a couple of times, most recently in 2016, so we’ve seen the HP stuff in both parks. I enjoyed seeing it but I’m not a HP fan so I’m thinking actual fans would have better opinions than mine

So if you could only do one, is the HP stuff better at one park than the other?

Well, I’d say it is six to one, half dozen to the other in general. Sights are better in Diagon Alley. Gringott’s and Forbidden Journey are fairly equal (perhaps liked Gringott’s a tad more). But by October of next year, Hogsmeade should have the new Forbidden Forest roller coaster, so that, to me, gives it the edge.

I like the atmosphere, food and shopping in Diagon Alley better, but Forbidden Journey is my favourite ride at both Universal parks. I agree with @ryan1 though that if the new coaster is open, I would give Hogsmeade the edge.

I should add that there isn’t nearly enough in HP to fill the day, so the other aspects of each park should be weighed as well.

Overall, I prefer UOR over IOA. I like The Mummy, and Rip Ride Rocket, and some of the 4D experiences like The Simpsons, and Despicable Me.

On the other hand, IOA has Kong, Spider-Man, and Hulk. If you don’t have young kids, then Dr. Seuss land, while cute isn’t much of a draw.

Differing opinion: If you are going primarily so she can see HP, you should just get the hoppers for the day. It’s not that much more for hoppers (about $65 I think), and you have a whole year to save for it. I would be so disappointed to finally get to see HP, and only get to see 1/3 of it if I was a big fan. That’s just me, though. I would cut a meal or something else in your plan to allow for hoppers if you can.

Differing opinion: If you are going primarily so she can see HP, you should just get the hoppers for the day.

That’s not really a “differing opinion”. I certainly agree with you! But that was presented as being off the table:

if you could only do one

So…that’s the question I answered.

but I’m not a HP fan

Um. How is this possible?

I had to be the rebel, no way to pick just 1 park.

I had to be the rebel

Then this one’s for you: 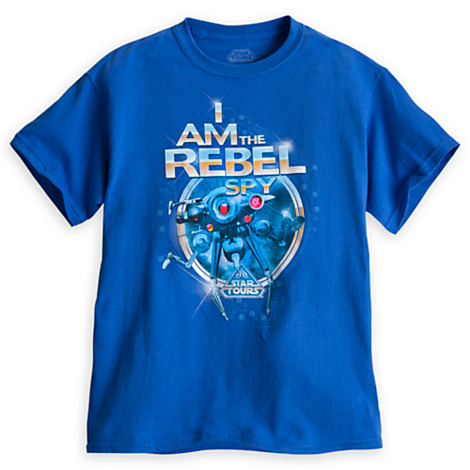 I’ll say this quietly so as not to draw attention…but I don’t like Star Wars.

I’ll say this quietly so as not to draw attention…but I don’t like Star Wars. 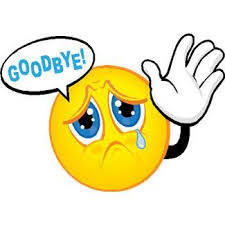 Oh, fine. With such a pathetic face, you can stay.

The actual cost is less of an issue than the opportunity cost. I’d just much rather spend that money in Disney, but we do have a year to think about it.

For the record, I don’t like Star Wars either

In addition to not being a fan of HP, I’m also a wimp when it comes to thrill rides and riding most of those would make me nauseous (I’m making myself sound so fun to be around). So if we only do one park, we’ll probably just base it off whatever part of HP she wants to see and go with that. And we have no young kids, my cousin and I will be 24/25 and then my parents are significantly older than that

I have to agree with @Wahoohokie on this one. As a huge HP fan, I see that Universal was absolutely brilliant when they decided to put the best ride (Forbidden Journey) in one park and put the best theming experience (Diagon Alley) in the other park. If your cousin is a true HP fan, I would do whatever you have to do to enable her being able to visit both parks.

Oh, so tough. If you’re only going to do one park, then Diagon Alley (TP Brian’s walking tour of Diagon Alley https://youtu.be/v7r9SM9dlDg ).

BUT if your cousin is brave and doesn’t mind splitting off from the rest of you, pay for the “Park to Park” ticket so she gets to ride the train and see the station. Then you and your parents could explore City Walk while she does Forbidden Journey, the new roller coaster and the Hippogriff coaster.

Did you know the Hard Rock Cafe in City Walk has a piece of the Berlin Wall? They also do tours (according to the TimTracker) on the days that there isn’t a concert (walking tour video of City Walk https://youtu.be/WJeInnTmaqs ).

I would personally prefer Diagon Alley as I studied abroad in London and was at King’s Cross almost daily (and I miss it!), so good to know that would be a good choice! I have also thought about her getting a park to park ticket and doing the IOA side by herself. When we first discussed adding Universal she said she didn’t care and just wants to see anything HP related, so we’ll see what we decide over the next year.

Hogwart’s Castle in IOA is visually stunning externally and is arguably more thrilling to look at than Cinderella’s Castle at MK.

BUT Diagon Alley in USF is far more extensive and immersive than Hogsmeade at IOA.

Personally I prefer Gringott’s (USF) to Forbidden Journey (IOA). FJ tries to combine filmed scenes and real scenes and I don’t think it works. That being said, the queue for FJ in the castle is maybe a nudge (but only a nudge) better than the queue for Gringott’s through the bank.

It would be a cruelty to have to pick one, especially when doing so means no ride on the Hogwart’s Express.

So far as non-HP attractions go, I think IOA has the edge, with the Hulk, Kong and Spider-Man. BUT USF has Rip Ride Rockit (which, shamefully, I have yet to ride) and Jimmy Fallon, The Mummy and Fast and Furious (which, damn it, I really enjoyed).

Honestly? I can’t pick a favourite. Both are essential stops for me in any Orlando trip. BUT if it were a Harry Potter trip only — and I was forced to choose only one park at gunpoint — I would pick USF because Diagon Alley and Gringott’s have the edge over Hogwart’s and FJ.