Where do you see yourself in 5 years? --- A Solo Trip Report

Tonight: on a very Special Episode of Randall1028’s Trip Report…

With all the changes we’ve seen over the past few months, there’s still one constant, surprisingly: I’m still excited to be going to Disney World!

This trip is a special trip for me and I’ll get into it a bit later, but I’ve been looking forward to this for a while. Though I have to admit I’ve been very conflicted on doing a Trip Report this time. It’s the realization that reporting makes the time WHIZ by that gets me. While they’re fun as hell to do, in a blink of an eye and after a whirlwind of posts, photos, and banter, my vacation is over. Blech!

Still… they’re fun. I mean… REALLY fun. Especially when things are flowing and we get chatty and I’m weaving in and out of my next activity. And now that we’ve added the fun of the achievement badges, it makes it even more fun (well, for me anyway). And then I remember that I do indeed look back on these trip reports, multiple times. Kinda justifies the need to have one given the importance of this trip.

So we’re doing one.

And now on with the pre-trip ramble (which isn’t really germain to the trip, so feel free to skip over, it’s mostly for me anyway)!

Randall1028’s Trip Report will return after these messages…

Where do you see yourself in 5 years?

But in 2016, I finally had an answer. After a 2nd life changing trip to Disney World in 2016(the first being when I was a kid in 1990), I convinced myself that I could only return to WDW for special occasions. Partly for expense purposes and partly because the place is/was just so amazing, I didn’t want to ruin it by over-visiting. I mean, as cheesy as it is, it’s not too far to say that each time I had visited, it literally altered the course of my life… so being respectful of such an impact is warranted, I feel.

So I based my trips around special occasions.

Ok, so the more things went on, the special occasions began being a little less “unique”, but so what? I’m gonna need you to get allll the way off my back. It is a vacation destination after all.

Ahem. But through all that, one “special occasion” remains on the horizon: The 50th. The “big’un”. I recall, relaying my 2016 trip to my family, I had made a mention that the 50th was only 5 years away and half-heartedly joked that I’d try to go. After all, I DESPERATELY wanted to go during the 25th when the castle was a cake (I apologize for nothing!). But I couldn’t convince my parents and asking them every day was just an exercise in defeat, so I had kinda given up after the first or second “no.”

My mom, interrupting my commentary of the “What I did at Disney”-photo-show I was currently doing, looked at me without the slightest hint of jest and said “It sounds like you had a really good time, you should definitely go.” – It’s tough to relay just how big a deal this was that she would suggest this. My mom was a very practical woman. If the money didn’t need to be spent, it should not and would not be spent. Especially on vacations. As much of a fan of Disney as she was, this was the reason she rarely visited(and subsequently the reason I went all out when I took her).

Caught slightly flat footed by the statement, I just kinda nodded and promised I would make every attempt to be there on the 50th. And with that, the planning began. Honestly, at the time, I wasn’t even expecting to return to Disney World before the 50th. But, obviously, things popped up that justified a trip (see the list above). However, while there’ve been other trips, the 50th has always remained the end goal.

In her final days… she would sometimes ask about the 50th and my intentions on attending. Usually, it was as I was laying out the plan of the “next disney trip” I was taking her on to get her mind on anything else than what she was going through. Each time, I would reassure her that we were still going. She would nod in satisfaction or simply say “ok” but never more than that and then let me continue on with my yammering of whatever the subject I was currently working on.

As things continued on and things were getting a bit better, I upped the game and let her know it was my ultimate intention to take the entire family down for this; one big group. Chaos would ensue and I was going to enjoy every minute of it, I joked. She would sarcastically declare how much “fun” it would be, knowing how much of a pain the family can be when all together. But I was serious. Quietly, I had worked the numbers, gauged everyone’s real interest, and then put all the pieces I needed in place to make it happen… all I needed was time. Alas, that was something I did not have and so it was not to be. And then the damn pandemic and the circus that surrounded it has seen to it that any remnant of that plan was burnt to ash.

But the original plan is still there: I’m going. I made a promise, after all. And though it’s not as I had hoped, I’m still going. It’s been quite an eventful 5 years, with all of it I couldn’t see coming even on my best day.

And I’ve been legitimately excited for it, even after everything. I didn’t even get to the part of the friends I’ve made on this forum! Some still here; some moved on.

But the point is, when it came to the question “Where do you see yourself in 5 years?”

I saw myself here. 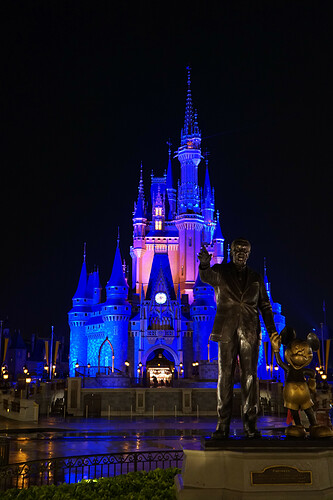 We now return to Randall1028’s trip report, already in progress…

…And that’s how I got my finger unstruck out of that cat’s butt. Shoulda seen the look on the mayor’s face. Won’t forget that anytime soon.

Anywho, no Randall trip is complete without his trusty companions, and, as usual, I’m bringin’ along my bestie! You know him, you love to hate him, he’ll screw with your posts (and mine) and think he’s doing a good job! Autocorrect (AC)!

AC is all packed up and ready to go! In fact, since this was such a special trip, we decided we’ll also bring our other bestie, Rick, with us. Rick is a little hard of hearing, and he’ll likely make an appearance here and there. 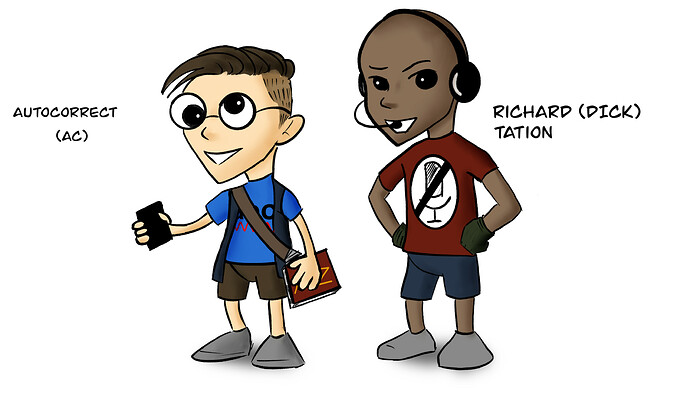 Got my own 3 Caballeros, and we’re goin to Disney World!

Started this one early to get the pretext out of the way. Trip report starts for real on Friday! Get your work done by then so we can all have some fun!!

You never don’t go throwing pixie dust in peoples’ eyes, do you?

Have all the fun! It will be a good one to follow

One thought. Your new buddy AC looks awfully high and tight Millennial
I, for one, am going to miss good old AC where his appearance matches his attitude.

Oh that’s not AC. That’s me DEALING with AC. And those are pretty famous meme images, I figured it was time to make some custom ones.

But the typical badges are still there, and will very likely appear as well.

Ah, many apologies sahib; not sure why that never occurred to me. I shall withdraw to my corner

I’ve missed your trip reports! After all we have been through these 18 months, everyday is a gift, special occasion to celebrate. So, go ahead and enjoy WDW anytime! Looking forward to following along.

Excited to follow along! I’m never able to keep up with your trip reports in real time because you are insanely efficient at updating, but I’ll be checking in. Have a great trip!!!

I DESPERATELY wanted to go during the 25th when the castle was a cake (I apologize for nothing!

This is still one of my most memorable trips to WDW because that castle cake was unforgettable. I’m sure the experience of the 50th will be even better!!

I seriously considered getting the cake-castle magicband. If it hadn’t been one of the higher-priced bands in the roster (and not…whatever color that was), I would’ve.

Super excited mostly because your trip will overlap with our Fab Five trip! Hope we can make that Liner meet happen! (You did pack your C. Robin costume, right?)

(You did pack your C. Robin costume, right?)

Sure. I’ve decided to go with the time when Chris was going through that phase where he wore normal t-shirt and shorts…and a baseball hat.

So we’re doing one.

Oh man, I love waking up to a new Randall trip report! I am so excited for you! Funny you mention the 5 year life goals thing….
I am still applying to jobs since March. But I feel I am getting close! I’m really interested in warehouse work, which would be totally new for me. I’ve gotten a few interviews and hope to land one soon. I’d be lifting heavy things and getting ripped for Disney! (And life in general.) I know I’m only 35, but I’ve been sensitive to mortality for a long time. I want to live a healthy life and I want to make bank so I can go to Disney and do the things I love.
Enjoy your trip, my friend. You have definitely earned it, planning for a very long time.

Ok, so the more things went on, the special occasions began being a little less “unique”, but so what? I’m gonna need you to get allll the way off my back. It is a vacation destination after all.

i can’t tell you just how proud I am of you for picking that one up.