Okay, I’m confused. I will be in the parks evening Dec 24th, all day 25 and 26. The crowd calendar is predicting 8 and even a 7 for DCA on the 25th. But, I keep hearing that crowds are capacity, and don’t try to leave the park for a break mid-day. I am planning on going EARLY on Dec 25h, for Extra Magic hour, but can’t stay in the park all day until 12am! What should I plan for? Is it unpredictable? Should I avoid DLR in the later afternoon and try to come back around 6pm? Load with MP and hope for the best throughout the afternoon? HELP! 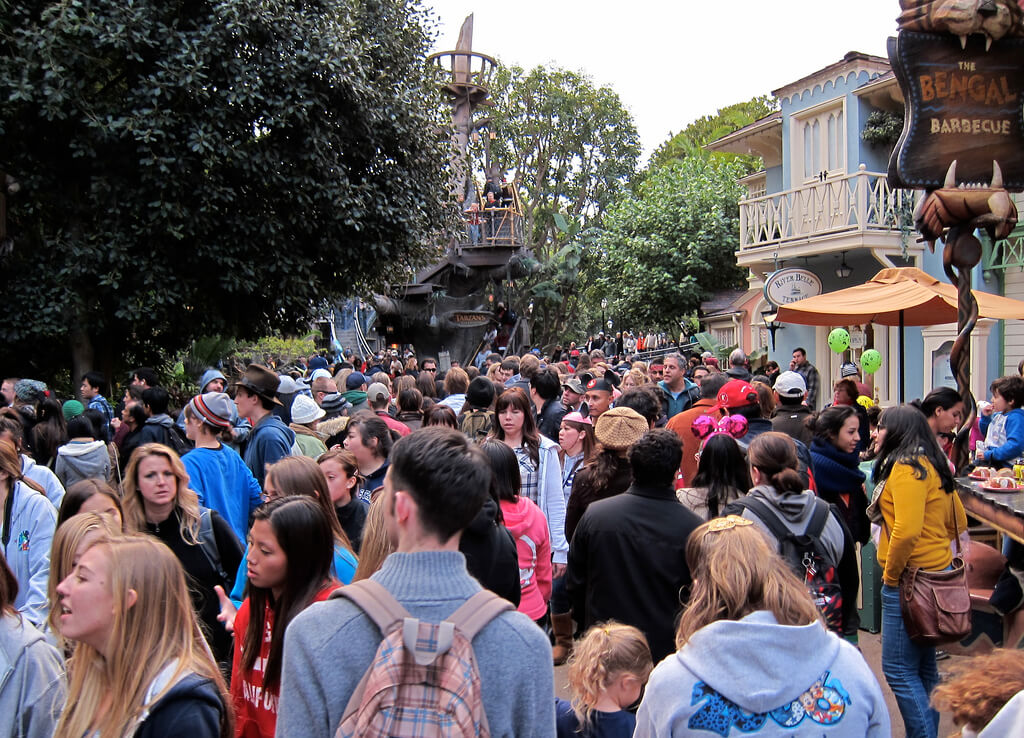 I would plan for crowds to be at capacity in DL. It is pretty much that way from Christmas until New Years. DCA not so much, but that may have changed in the past couple of years.

The re-structuring to only have Signature Plus Passholders available to use those days certainly helps, but that is still the busiest tourist week so it will still be crazy. Also keep in mind that Touring Plans has had to adjust the levels for crowd levels several times so an 8 now would have been more than a 10 in the past.

If capacity closures do happen, then it will most likely be in the 1-4pm range and if you’ve been in the park that day, you have more chance to get in vs. someone who is arriving for the day at that time. If you do make any solid plans in DL around midday, I wouldn’t leave the parks, but if you’re willing to be flexible and would be ok with spending the evening in DCA if DL were closed to capacity, then you should be free to take off for a rest outside the parks.

Editing to add: We were at Disneyland the 26th-28th in 2014 and that was one of the only times we really “done” & happy to leave. While we weren’t there the 24th & 25th we talked to both guests & CMs who had been there & they all remarked that both days had closed to capacity & the 26th-28th were markedly easier but they were still SO jam-packed (and were recorded as CL 10 days). We have been to DL several other times it closed to capacity (a 24 hr day & another random Dapper Day) but those were only part of a day/trip & not back-to-back-to-back busy like the week between Christmas & New Year’s Eve. So definitely pack your patience, be flexible & if you have the budget for MaxPass, definitely do it for your full days!

Thank you for the advice! If the park reaches capacity on the days I want to leave to take a break, is it reasonable to expect to go back in after 6pm? We are thinking of dinner reservations and loading up max pass to do more evening rides. Just can’t imagine doing 6am until midnight! Haha, we will be wiped out!

6pm should be reasonable, but really it’s anyone’s guess (except for maybe Disney’s) on if they will be at capacity that late into the day. Worst case scenario would be that you aren’t able to get into DL for your reservation but can either A) wait for capacity to allow you to enter DL & be late to your reservation which they will honor once you are able to show up, especially under the circumstances or B) call the Dining line & explain the situation & request to cancel without being charged the no-show cancellation fee, they are generally pretty good, again, especially under the circumstances ( I guarantee you they’ll find another person walking up who wants to pay to eat there in your stead).

You can also avoid any planning around capacity closures by making all of your dinner plans at the resort hotels or DCA.

As for MaxPass, it’s a great idea to stack your FPs while you’re back at the hotel for a break to have some ready for the evening.