What G+ are likeliest to convert into Anytime/Anything passes?

I’ve read of people having a G+ converted into an Anytime/Anything pass, reserving the same ride again, and that getting converted. That sounds nifty. I wouldn’t get a G+ just on the hopes of that happening. But if it were afternoon already and we were on the fence, I could see my being more likely to get one if I thought it might convert.

So, which ones are the likeliest to convert?

Taking a total shot in the dark on this - but any outdoor ride that would shut down for weather specifically when it’s a weather-y day. 7D, BTMRR, Splash, Everest, Slinky

The weather ones and then the ones that seem to be struggling- like RnR these days.

So, for me and this purpose that will be BTMRR and RnR. Splash will be refurbed until our last day. Everest will be down. Slinky would be one I’d want to use an Anyride pass on, rather than have it converted.

I think I read a mention of Dino having that happen. Maybe that was just a that-day thing.

Someone posted on chat that they used G+ every day for 20 days in Jan. Every single TT they booked at EP turned into multiple experience.

Be careful to look at fine print. There are restrictions. At DLR the restrictions were unfair…Ie. A Guardians, which was hard to get and tied up your G+ for full 2 hours, would convert but you couldn’t use for Indy, Matterhorn or Space (alongside the usual expected ILL rides of course RotR, Spidey, Radiator Racers). Guardians often had longer RTs than Space and Indy, and the Matterhorn restriction was bizarre.

When we were stuck high on a rail at Incrediciaster for 30 minutes and walked off for maintenance, we got 2 passes and the CM specifically made sure to take off all the normal G+ restrictions.

Every single TT they booked at EP turned into multiple experience.

OK, adding TT to the list. Now that you mention it, I think The book said it was down early and often.

No offense to @Sophia818, but this was my first thought when I saw the title of this thread. (My brain processes events via Star Wars quotes. 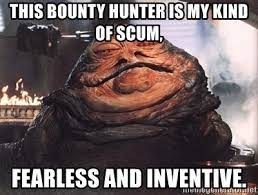 The bad thing about an Anytime LL is that it excludes all ILLs and the most popular Genie+ rides. It’s like trading Slinky for Star Tours. And if you can’t use it on the day it’s issued, you have to go Guest Services on the day it’s issued to make it usable for a later day of your trip. That means hitting GS prior to leaving the parks for the day or it will expire.

So, you get an anyride pass on Alien Swirling Saucers, have it converted, and then use that on Slinky? That is a bummer.

No, you can’t use it on Slinky. It’s excluded.

I think if it’s TT it should be for a TT equivalent ride - whatever that is. You tied up RT for that and then thd thing goes down. The reality is you may be off to another park by the time thd ride is back up, which is what happened to us at DLR.

I’m sure you could stop at guest services and ask them to make it eligible for an equiv ride in another park (ie RNR or ToT at HS or something good at MK), but that’s a hassle. I have zero experience With G+ at WDW, all my learnings are at DLR. if I can dig up the person from the chat you can ask them. 20 days of G+ use at WDW beats my measly 3 days at DLR by a landslide. However I was frustrated at DLR and I absolutely wasn’t trying to game system. Just wanted like for like.