What are your favorite DISNEY news sources?

I rely on WDWMagic. The owner will not post a news item unless he has it verified by separate sources.

Added to which there are several insiders, or those with inside sources, with great track records who post in the forums and again, crucially, don’t post click-bait rumours.

I really like WDW News Today, but one of their video reporters for YouTube can be pretty negative about the people around them, but the information I get from both the website and youtube channel is very helpful https://wdwnt.com/

And I also really like the youtube channels from TheDis. I could never get into their message board community (this one is much less drama…) but I really like their videos. They just made a bunch of new channels to deal with different topics like DVC, Disney Dining, and other topics. I like that they have a lot of reporters out in the parks and put out videos in real time, so it’s often ahead of other blogs and youtube channels. https://www.youtube.com/user/WDWINFO

WDW Magic is the only “news” site that I completely trust. Anything they post as news is cross-checked and verified (the forums, of course, are a free-for-all, but there are some very informative “insiders” there). WDWNT has - or at least had - a reputation for posting click-bait headlines, and rumors as news. I haven’t visited that site in quite some time; with WDWMagic, I haven’t felt the need. I’ll check in on AllEars from time to time - I especially like their WDW recipe collection. WDW Prep is a good planning site, especially for novices. And of course TP for planning.

The source with the most news stories is WDWNT. Just checking it looks like they posted about 40 stories yesterday. I think they probably have the largest number of people producing content. Many of the stories are reviews and photo reports of new products/food/treats for sale at the parks. I think that site has someone dedicated to monitoring other Disney websites because anytime another site posts breaking news, within 15 minutes WDWNT has its own story as well. Also it has the most reports about the Disney parks in France, Japan, and China.

They have a checkered past posting rumours as sure thing stories like Disney adding a fifth park at the Flamingo Crossings area. I think Disney likes to feed disinformation to this site to screw with them. A few years ago, WDWNT had weekly feature listing all the things that were broken or not working on all the atttactions at WDW. I’m sure that really made the folks at Disney happy.

If anyone is interested the site is looking for a Managing Editor who will according to the ad,

You will, in essence, be fully running the website.

You will, in essence, be fully running the website. 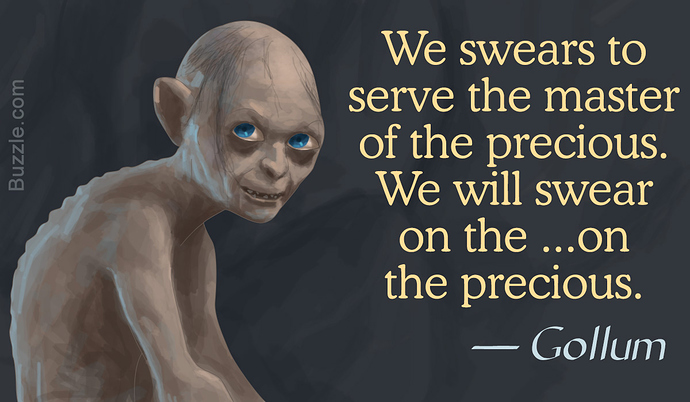 They have a bad habit of taking stories posted elsewhere and running with them without crediting the source. That is poor form and is why I won’t give them the clicks.

And yes, last year Disney got so fed up they cancelled his media pass and publicly refuted their story over the Country Bears.

To be considered for the position, you must be available to work 8-12 hours a day (minimum) Monday through Friday, with occasional hours required around special events, attraction openings, and other milestone happenings.

The position is contract-based and paid $25 hourly— DO NOTE that for your first month of employment (or for the duration of the probation period), you will be paid $15 hourly as we gauge your skills as a writer on the job.

That seems insultingly low for the requirements.

I’m…not surprised. I think they are more of a content mill than actual reporting.

They steal a lot of content from others and will post wild rumors just for attention/clicks. (they certainly aren’t alone)

Well I’m guessing this position is in hope to improve that situation. But article quality aside, $25/hr for a non-benefitted position (where you’re responsible for all taxes and insurance), where they are demanding you work 8-12 hours a day, and be ready to go 24 hours a day (so you can’t take on other jobs), leaves you with almost nothing in your pay check at the end of the day.

That seems insultingly low for the requirements.

Agreed. The probationary $15/hr is especially insulting given that FL voters just agreed that should be their minimum wage (gradually getting to that point in 2026, but still).

At that price point, it’s just more of the same. No journalistic integrity is coming for $25/hr and no benefits.

It is Florida; right to work state

I guess I am the odd one. Leading up to our trips, I relied heavily on WDWNT and found they were very accurate with reporting, and they were very clear when things were rumors. Sometimes I would read news there first and shortly after find other sites posting the same news, so… often they were ahead of others in reporting something.

Isn’t paying someone to blog kind of the exception to the rule these days? Unless it is backed by a subscription service, merch store, YouTube channel with big subscriber base, etc., most blogs probably don’t make much money.

I prefer WDWNT to many of the others. I like that they will tell you if something at Disney is bad. Some won’t tell you. I also like Mickey Views too.

I think this is exactly what I’m trying to avoid. Throw a mad teacup and you’ll hit about a gazillion (it’s a real unit of measurement, I found it on the interwebz) bloggers/influencers/op-ed…noise.

I’m looking for concrete-ish, solid REPORTING. I know, such a crazy concept. But the closest I want to conjecture is time proven insider knowledge.

I don’t care how the removing of bussss…beautiful bunnies /ahem put people into a rage or depression. I want to know that: they will be removed, when, and if there is talk of a replacement.