After posting this, I just saw this story on Twitter. 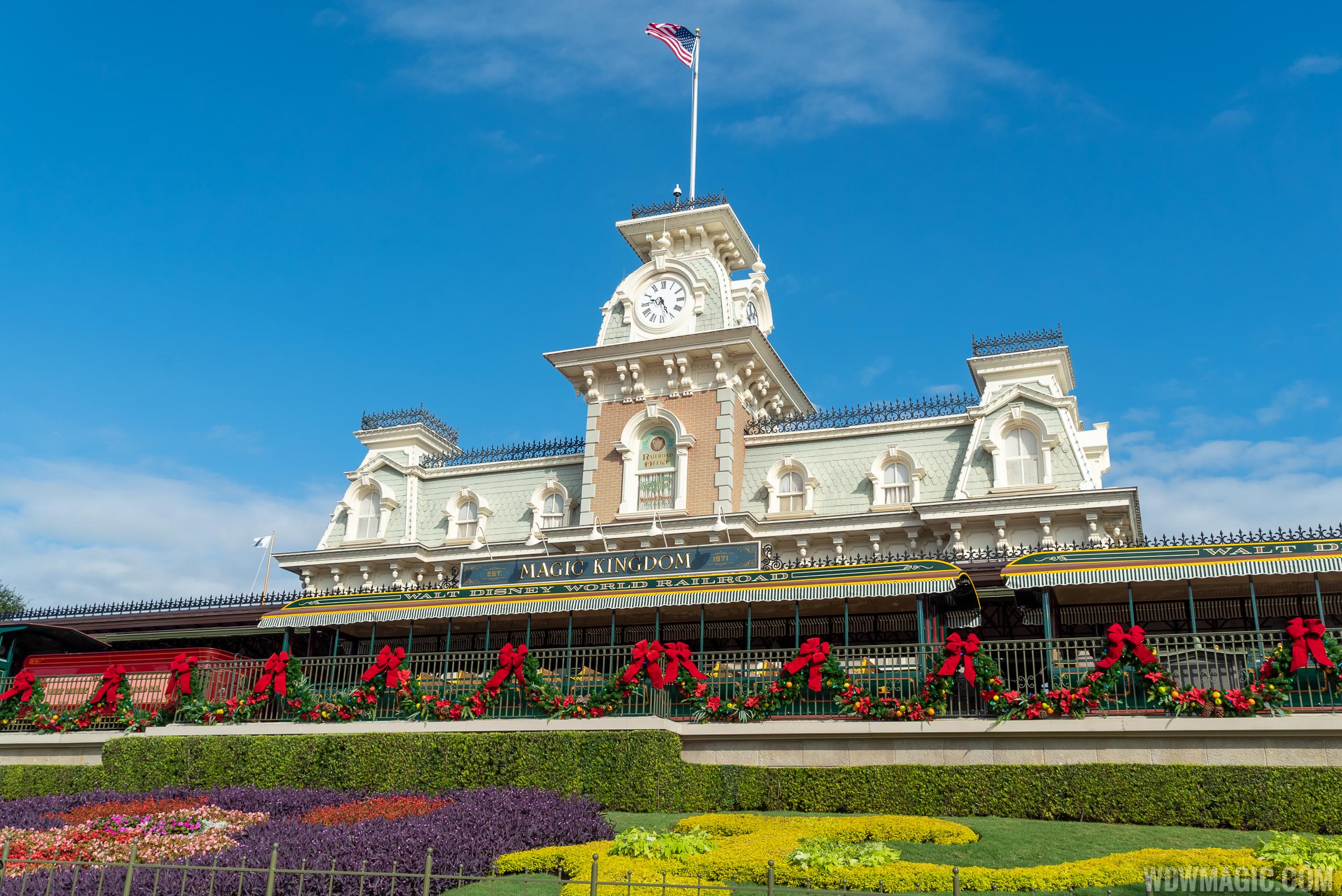 Holidays at the Magic Kingdom News

I’m excited! We’ll get to see some holidays at Disney after all!

Just was reading about this. Some good news intermixed with bad.

So, the castle projections are cool, magical snowfall in DS, and the Christmas trees as well.

Gingerbread houses are not being done this year, but they are still decorating the resorts, so the resort hopping is still on.

Kinda bummed about this. I knew it was a very real possibility but I was REALLY looking forward to seeing this for years.

We were on the fence about it. It depended on who the narrator was. There were certain narrators we just wouldn’t have bothered to go see, but overall we DID want to experience it. I guess the decision has been made for us.

No gingerbread houses makes me sad, wanted DGDs to get to see them.
Joyful and Voices of Liberty. What about the storytellers in the World Showcase pavilions?

There were certain narrators we just wouldn’t have bothered to go see,

Last year when it was announced that, and don’t laugh, Pat Sajak was a narrator, I almost flew in just for this! (Im a Wheel Watcher, Jepordy too. Couple neighbors and fam gather under my carport and watch almost every night

“ Minnie Mouse will be hosting a yuletide gathering for all her friends at Hollywood & Vine at Disney’s Hollywood Studios starting November 6. Santa Goofy will be there, along with Minnie and more in their holiday best.”

-is this character dining?

Nobody tell my DH. He isn’t a fan of “early Christmas” and our trip starts Nov 6th, haha! We did a Disney Cruise a few years ago around the same time and I casually forgot to mention that the Christmas decor and costumes would be up. The kids will be excited, though!

We were most interested in Pat Sajak, Steven Curtis Chapman, and Gary Sinise. But the ones who had the dates last year that lined up to us this year we really did NOT want (particularly Whoopi Goldberg).

I think this was the information I needed to become more steadfast in my “crazy” idea to go before Christmas. I think maybe if they had announced that they were going to do the parties, we might have thrown in the towel because it probably would mean more crowds. I think this is the right amount of Christmas Cheer for us. We’ve never been at Christmas because I am crowd averse, but we do want to get a taste of it.

Gingerbread houses are not being done this year, but they are still decorating the resorts, so the resort hopping is still on.

My husband and I were talking about this yesterday, because we had seen a documentary that said they begin baking and assembling behind the scenes in August! We figured this meant they wouldn’t be able to build them this year, because the whole timeline for making the dough etc was probably thrown way off, and they probably aren’t properly staffed to stay on track with such a major project.

I would probably try it out if it wasnt someone I particularly liked, and just be near an exit incase i needed to jump ship, lol. But maybe in that specific instance, Id have to agree.

Pat Sajak was good, we got to see him narrate the CP Dec 2018. He was too funny… but tastefully.

My twelve year old son LOVES Pat Sajak. He wanted a Wheel lunchbox a couple years ago (he was so disappointed that we couldn’t find one!) Last year when we went to Hollywood, he insisted on having his picture taken with Pat’s star. He would have loved to see him narrate! It would have been a highlight for him!

No Christmas lights on the Cinderella’s Castle, only projections 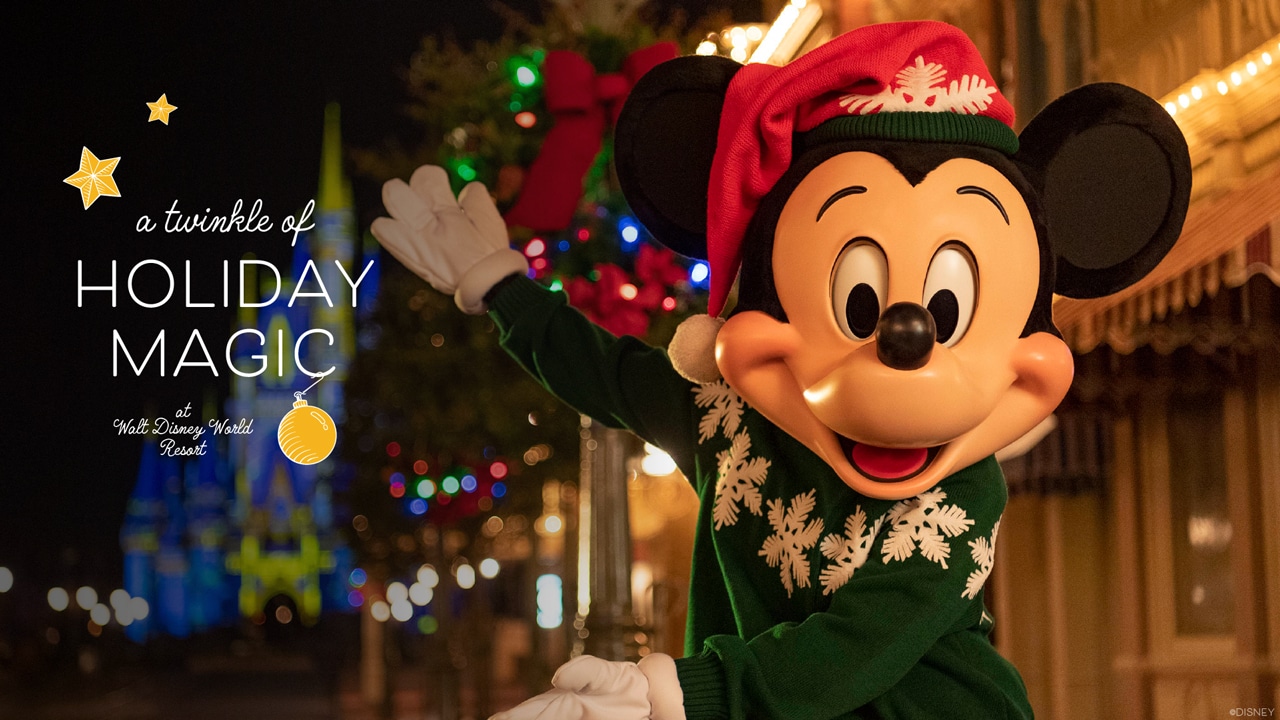 We’re looking forward to the holidays and today, we have an update on some of the festive experiences coming to Walt Disney World Resort.

Probably distanced if restrictions are still in place but yes, sounds like it.

I notice that it doesn’t mention ride overlays. I was hoping that if we go, we’d get to enjoy the Jingle Cruise.

I notice that it doesn’t mention ride overlays.

Oh, yes, this is another reason I wanted to go during the holidays! I hope they keep this!

This makes me feel better in our decision to cancel our trip for November. We were really looking forward to MVMCP and Jingle Bell Jingle Bam as we’ve never visited during the holiday season. We plan on pushing our trip to December 2021 and will use that time to save for some dessert parties and other extras that I hope will be back by then.

I spy cost-cutting in the name of COVID.