This is basically one of those threads that’s me thinking aloud for my own sake.

I read somewhere that addictions are so deeply hardwired into your brain that you can never fully free yourself of them.

I’m pretty satisfied that I’m addicted to WDW, so I shouldn’t be surprised that it was so easy (a) to decide to recommit to visit in October, then (b) think about nothing else since I made that decision.

Yet there is something almost abusive in the character of the relationship and it makes my emotions about WDW feel all over the place.

I just watched the Disney Food Blog video about the re-opening of HS and EP. It reconfirmed my decision that I would be picking only two of the four WDW parks to visit in October (I’m staying at UOR) and they wouldn’t be HS or EP. HS is far too busy and popular, and EP feels like a disaster area, and not just FW, but WS as well.

That initially gave me some much-loved certainty. But of course there is none in this new, modern world. Things may be completely different in October. Hell, the parks may not even be open. I may not be able to travel to the US. Virgin Atlantic has been cancelling flights as late as 30th September, according to reports I’ve read online.

I loathe uncertainty. So much so that I prematurely cancelled my June trip (thereby losing money unnecessarily) just to have the certainty that I wasn’t going. I’m not going to cancel my October trip, and not just because I’d lose a big chunk of non-refundable sunk cost. Since the trip is UOR-based, and UOR seems to be operating much more recognisably, I can get my certainty fix from them.

But right now, I’m even thinking that I might cut WDW out of the October deal altogether. I’m staying at a beautiful resort with walking access to two great theme parks and one great water park. And City Walk. And a bunch of hotels to go visit. Surely that can keep me busy and entertained for six nights?

Yet being in Orlando and not visiting WDW? That would feel weird, surely? I mean it’s right there!

So I think I’m going to end up going to MK somehow. I mean, you know, Main Street. And the (wrongly coloured) Castle. And People Mover. (Seriously, Disney? You think you can get it fixed by October? Hmm? It can’t be that hard.) That’s all I need.

Right now it really feels like that is all I need. I mean, short of death or the complete overthrow of the current world order (not impossible) it’s not like I’m never coming back ever again. MMRR will have to wait. Hell, it may not even have to wait that long. I’m already looking at an April 2021 trip.

Not that I’m going to book any more trips now. It’s all just too uncertain. I don’t like WDW’s UK booking terms and conditions. And I don’t trust Virgin Atlantic with my money any more.

(Talking of airlines, both British Airways and Virgin Atlantic have retired their 747 fleets. End of an era. I loved that plane. That in itself makes me sad.)

Yeah, the idea of a relaxing, very slow-paced UOR trip in October seems nice. I’ll just dip my beak in WDW. Just check in with it. Say hello. See how it’s doing. And then promise I’ll be back. Maybe real soon.

What about a flow chart?

I deal with uncertainty by giving myself the illusion of control. Find out what questions matter, write down the possible answers and what would you do on each case.

What if you just plan for a dinner at a resort restaurant and maybe a day at DS? You could even make it, say dinner at California Grill and plan to watch… oh, wait no fireworks, right? Nevermind. But maybe do Ohana or one of the restaurants with strong theming. That way, you’d get that magical feel without spending the $110 (?) on a one day ticket.

I think that might be torture. I need to be on Main Street and I need to see the Castle. Honestly, everything else I can wait till my next trip.

Ha! I just realised. We call them “trips” don’t we.

We really are drug addicts.

Which UOR resort are you staying at? I thought I remembered you talking about the new value resorts, but I don’t think those are walking distance to the parks.

I switched to Sapphire Fallls. Do keep up. And don’t ever suggest I don’t know what I’m talking about or I’ll shove an apple up your bottom.

Are you new here? I’m grumpy every day.

The uncertainty around when/if Disneyland will reopen has really gotten me down. It’s kind of ridiculous because I’ve gone so much in the last couple of years. You’d think I’d have my fill. But knowing I can’t go is really messing with me.

Of course, part of it is that we went in January specifically to ride ROTR before my AP expired. It was a disaster of epic proportions that I won’t go into now. But we did NOT get to ride. Our redo trip was supposed to be in April. Then August. Now I don’t have any idea.

If I had ridden ROTR would I be more content right now? Missing DLR less? I don’t know. Maybe. But maybe you’re right and I’m just a sad addict looking for her next fix.

This is completely off topic, but have you ever read anything written by David Sedaris? I am reading his book “Calypso” right now and his style reminds me so much of your posts

Have you never heard? David Sedaris’s Crumpet, the Elf 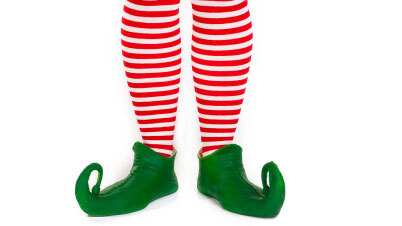 It's tradition! Writer and humorist David Sedaris reflects on his short tenure as Crumpet the Elf at Macy's. Sedaris first read the "Santaland Diaries" on Morning Edition in 1992 — and instantly, a classic was born.

A friend took me to see him do a live reading and q&a a couple of years ago. He is very funny and very smart. But his humor/outlook is not for everyone. He’s very irreverent!

Calypso is the first thing I’ve ever read of his. Not too familiar with his earlier works.

But his humor/outlook is not for everyone. He’s very irreverent!

A friend just sent me this. I totally 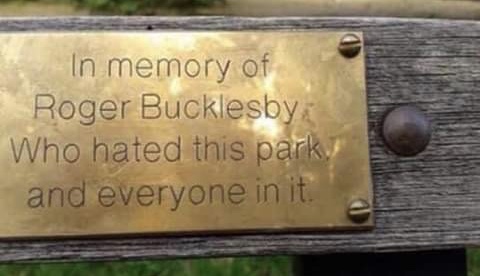 When I die, I want you people to do something similar for me in WDW.

Another vote for David Sedaris! Me Talk Pretty One Day and Barrel Fever…laugh out loud and snort on the subway funny. We had tickets to see him on his book tour in support of Calypso this past April…rescheduled to April 2021. Certainly hope that happens.

My friend went to see him and brought one of his books to sign. He will make a little doodle in the book when he signs. When she and I went to see him, she brought the same book and he added to the doodle and it was hilarious!

Yet being in Orlando and not visiting WDW? That would feel weird, surely? I mean it’s right there!

This is what would drive my OC-Disney crazy!

… I’m staying at a beautiful resort with walking access to two great theme parks and one great water park. And City Walk. And a bunch of hotels to go visit. Surely that can keep me busy and entertained for six nights?

Around day 3.5 I started itching to see WDW. UOR parks are good and I love many of the rides, but there is something there that is “missing” that I can’t put my finger on. After repeating a few things 2-3 times, they seem to loose the “pixie dust” I get from Disney.

City Walk is great! There is alot of activity that can be had there. If you add in the volcano and slow everything down, I could see 4-5 days.