Question 1
Currently, the only way to ride GOTG is by BG or LL$. Do both use the main standby line, i.e do both give the full experience?

The current VQ (and I’d assume eventual stand-by queue) really sets up the whole story behind the ride. Xandar has come to Epcot as the first place in the Other-World Showcase, so in the first room you get in story-form the whole history like Earth (or Terra) and Xandar were made out of the same space stuff and then in the next room there are exhibits like you see in World Showcase (or at a World’s Fair) like a model of Xandar, the various uniforms of the Nova Corps, the history of the Battle of Xandar which is where the “TV interviews” with various members of the Guardians are. So it really sets up the whole story. I have not been through the ILL queue, but as I understand it, it’s basically like the ILL (formerly FP+) queue for Flight of Passage in that you miss almost all the details.

Regarding seeing them, I am a huge GOTG fan, so it’s hard for me to know what it would be like to experience the ride without having some knowledge of them. If you do the VQ line, you should get enough background for it all to make sense.

No. They are two different lines. The line that BGs use is more immersive. You miss some of that with ILL. But the critical parts are after the lines merge.

Seeing the first movie is sufficient for the ride but since the movies are good you should watch both and maybe multiple times.

watch both and maybe multiple times.

Seeing the first movie is sufficient for the ride but since the movies are good you should watch both and maybe multiple times.

I have no desire to watch the movie. If I do the ride it will have to stand on its own merits. Same with the Pandora rides. Not going to watch Avatar just so the rides “make sense”.

Other rides do so this one should. I ‘ve never seen a whole POTC movie or Song of the South. Love both rides though.

If you want fast fingers sparkles to even attempt to get you a BG you had better watch the movies.

I said what I said. 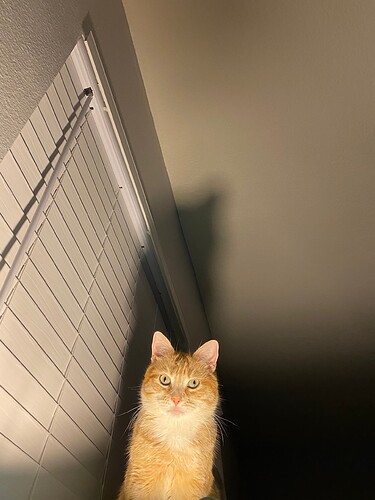 you had better watch the movies

Did you lose your glasses again? I said I’d seen the first one.

Did you lose your glasses again? I said I’d seen the first one.

No but my new ones are making me buggy.

Especially possible since the POTC movies came after the ride.

True, I forgot that.