My sister is coming with us in May and she suffers from vertigo. I’m thinking slow moving boat rides, theater shows and CoP are about it for her. Are there any specific rides that she should/should not attempt? 3D shows? Circlevision? What about the skyliner? There’s a medicine she was prescribed that she plans on taking every day just in case, but I want to know in advance what’s probably ok for her to experience.

I have slight vertigo, Star Tours, and ToT are for sure no’s for me. Which I find weird, bc I can handle other roller coasters and rides, with almost no issues. Like FoP, no issues at all.
There were a couple of times I needed to watch my feet during CoP, my body could feel the turn, but my eyes were trying to follow the scenes. It wasn’t horrible, but it did give me that weird floaty feeling for a few seconds, and I was able to control it by watching my feet during the movement.
At Epcot, the films in circlevision made me icky. I was still watching my feet, but it was quick coming on, and not as easy to quell.
I don’t take prescription, but if I need to I take OTC generic Motion Sickness tablets that I grab from Walmart.

I get vertigo, and ToT is the only “oh hell no” attraction for me in the modern era. The old Skyway was the worst offender before Disney removed that nightmare on stilts. I hope your sister has a lovely time! I’m taking my sister next week. She doesn’t like Disney, but she’s making an exception to visit my son who’s working in the Disney College Program. (At the Animal Kingdom. We’re going to that park and Epcot, and I really hope my sister can handle these less-crazy parks.)

OH. I almost forgot the Swiss Family Treehouse. That’s a big no-no for me, too. It’s fine on the way up, but coming down – nuh uh. Not doing that again.

It would be good to know what triggers her vertigo. Sometimes the tamest things can trigger mine like the Seas with Nemo and friends. Even that one light tunnel part on Spaceship Earth I have to close my eyes. Mission space is an absolute no. Circle visions, no. Remy has one part that’s a little iffy. Soarin could be an issue possibly. At HS SDD, ASS, and the shows are basically the only things that don’t have any triggers at all. FOP and EE at AK could be problematic. COP, some parts of Peoplemover, Buzz, parts of LM, WtP, any of the spinning rides like AO, MC, and Dumbo, and possibly HM at MK.

Again it depends on what her triggers are and how strong it is, but all of those listed have or could be problematic for me.

Thanks for the recommendations and sharing what works/doesn’t work for you @sunsecret @bay.loftis and @LTinNC82.
She described it to me as something physical on the hairs inside the ear canal, so I thought her triggers were physical motion. But in talking with her more she thinks that virtual screens would be a problem as well. She hasn’t been to Disney since we were kids, so she has no point of reference as to what’s available. The last thing I want is for her to be sick - it takes her a long time to recover. At the same time I don’t want her just walking around the parks, waiting for us when we go on rides, and not experiencing anything herself.

How does she do with transportation? Bus, monorail, train (currently only at AK), ferry boat? I know you’ve already mentioned skyliner. What about drops, such as the small one on PoTC? So many different things can bother people.

I’m not sure. I’ll have to check with her. I didn’t think of the drop on PoTC. Thanks!

My family has all the ranges of vertigo, and what’s horrible for one, is sometimes ok for the rest.

Without knowing her actual triggers, it can be hard trying to navigate attractions but not impossible.

My best advice is to take things slow (which is torture for all you serious planners, I know). Try a type of ride and then plan some walking around time after.

My tour guide also gave me the best advice for being woozy after getting off an attraction. If ginger ale isn’t available then ask a CM to make one. They had called it a theme park ginger ale when I asked, but it’s basically sprite with a splash of coke. But it has to be out of the soda fountain. The syrup in the coke coats the stomach, but you don’t want too much. That’s why they put it in the sprite. 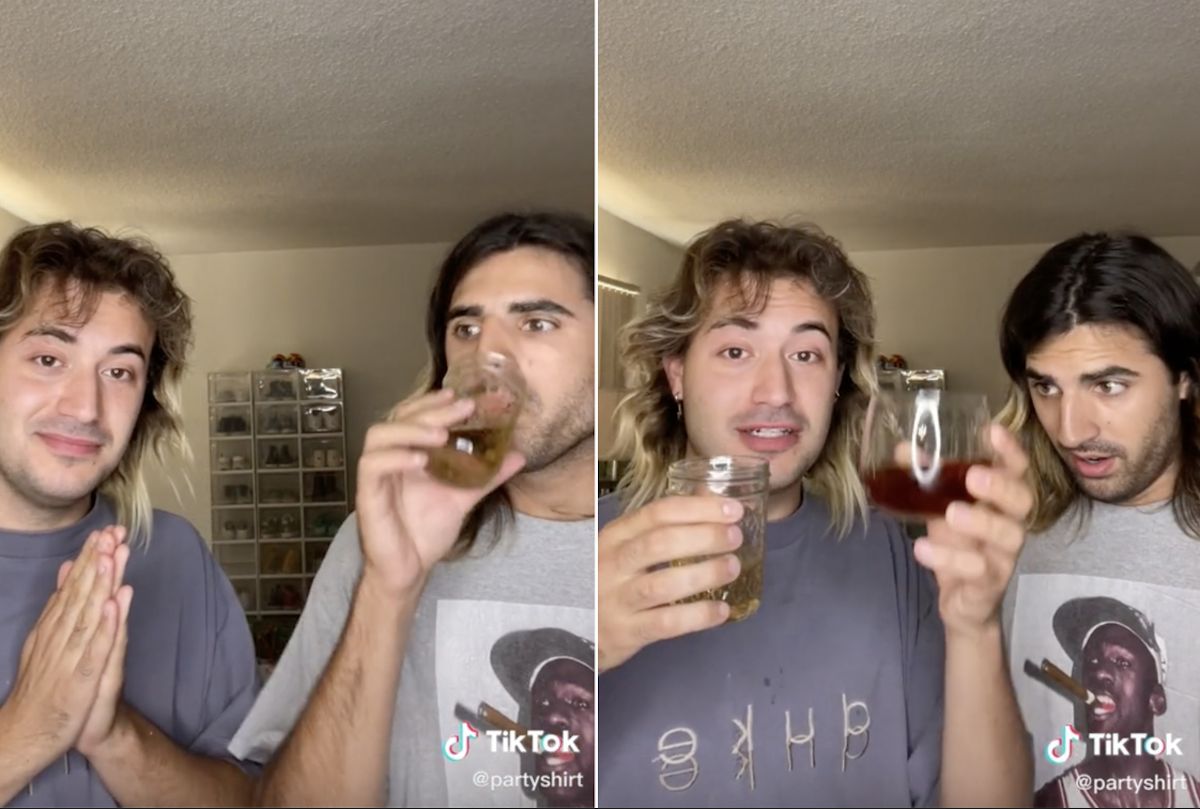 Man baffles TikTok with ‘insane’ trick for making ginger ale at home: ‘It...

A viral TikTok claims you can make ginger ale just by combining Coke with Sprite — and plenty of viewers seem to agree.

That’s such a great hack! I travel with many packs of ginger chews. I’m afraid that if she gets triggered it’ll be too late for ginger as a remedy though. I’ll have to come to terms with it being a stop and smell the flowers kind of trip.

The drink helped me immensely at Universal.

Whatever tools we can put in the toolbox, right?

Maybe schedule (or try to) attractions around shows. My DH has adverse reactions to anything 3D, but he loved Indiana Jones and as a grown-up who went by myself just to experience it once, I thought Frozen sing-along was funny.

They had called it a theme park ginger ale when I asked, but it’s basically sprite with a splash of coke.

A CM actually made this for me in 2001 when I got off Star Tours, threw up, then nearly passed out. I had forgotten about that until you said it. I’m glad to have remembered though because there are a few rides I’m worried about but do want to try.

My best advice is to take things slow (which is torture for all you serious planners, I know). Try a type of ride and then plan some walking around time after.

What’s triggering for one may be fine for another. She will have to calibrate for herself by working her way up until she finds something unsettling. Virtually every attraction triggers someone with motion sickness or vertigo or some other malady. But it’s good to know which things are in similar classes (which have drops, which use simulators, which have screens, etc.).

I’ll have to come to terms with it being a stop and smell the flowers kind of trip.

For her, right? You’re not going to hold everyone to what she can handle? (Like, she’ll just sit out if she doesn’t want to ride something?)

For her, right? You’re not going to hold everyone to what she can handle? (Like, she’ll just sit out if she doesn’t want to ride something?)

Ohhh…look at Jeff willing to leave a man behind

See I already feel like a jerk saying that! I’m totally teasing!

But good to know even Z1 has limits

I went to DLR with a friend who has vertigo or something that makes many rides unpleasant for her. She can tolerate the DL version of Pirates but the one drop is almost too much. RSR was out. Forget any type of coaster or Splash. Soarin’ is a hard no as is Star Tours. She wasn’t willing to even try Rise and MFSR I didn’t think would be good for her. We basically rode the dark rides, JC, PoC, HM, IASW, Tiki Room, etc. I go enough that I didn’t mind missing all the good stuff. Funny enough, she doesn’t have issues with TSMM or Webslingers - both use screens. I think we went on Mater (ASS) and she regretted it later.

My DS23 was laughing out loud during that show. It was so great to see a big burly guy crying-laughing at a sing along show. I can’t even believe we waited so long to see it. Sooooo good!

You’re not going to hold everyone to what she can handle?

No. Just she will sit out, more likely than not with my MIL because she doesn’t do any kind of thrill ride.

That’s pretty much the line up I’m thinking for her. Anything that has fast jerky motion is for sure out, like ASS and Teacups. The one I was wondering about is FoP because you don’t actually move all that much. It’s all screen. I don’t think we’ll chance it though.

My friend would not do well on FOP. I think it’s a good idea to skip.

I would say the stuff with screens. I have vertigo myself and I think that’s why I have a hard time with those things. The worst ones for me are Star Tours and, occasionally (sadly) FOP but at least with that one the wind in my face helps and I just look away occasionally. She might also struggle a little with parts of Remy and parts of (though not a lot of) MMRR, as well as MFSR

I’ve been meaning to bring up something I read in the most recent Unofficial Disneyland guide 2022 about MFSR. Of course I don’t have it in front of me at the moment but it said something about MFSR having stationary pods for those with disabilities. I don’t think much else was said. I’ve been wanting to ask about this and find out if the WDW MFSR also has these stationary pods. That was the only ride last summer that made me nauseous (we were both pilots with no one else and didn’t know what we were doing). I want to ride again but as an engineer but the idea of stationary pods is intriguing. Maybe @len can clarify as this could be a solution for some with vertigo at least on MFSR.

That’s super interesting. I’d love to know how that impacts the ride experience.