Showing up to Universal in a couple hours with no research. The kid is big into Harry Potter so we’re giving it a try. I have my wizarding touring plans!
Plz tell this rookie the important highlights of things to know!

Are you staying on-site ?

Do you have the TP Universal App? On page one or two of chat there is @Jadesfire21 touring plan that follows the timeline of the books

If you are arriving at rope drop, go directly to the WWoHP in whatever park you are hitting first…this is because it fills up quickly, and by noon the crowds can become kind of unbearable. It is best to try to get it done first thing.

You can decide if you want to do Diagon Alley (on the Universal side), or Hogsmeade (on the IOA side) first. In either case, while you should, if you have a park to park ticket, take the train both directions…early on, I don’t recommend getting from one side to the other that way. It is actually faster to walk back out the gate, and in through the other gate. A lot of walking, but the line for the train can be very long. (If you wait until later in the day, however, it settles down a bit…USUALLY.)

You should try to get the rides done first, while waits are short. Then as crowds build, you can just look around and take everything in. Note, however, that if you want to do Olivander’s, that can become a long wait as well.

If you want to eat at Leaky Cauldron, or Three Broomsticks, I suggest trying for an off-time. Either right when they open, or say middle of the afternoon, between lunch and dinner. Wait times, otherwise, can be rather long during actual meal times.

I have grabbed the plan: 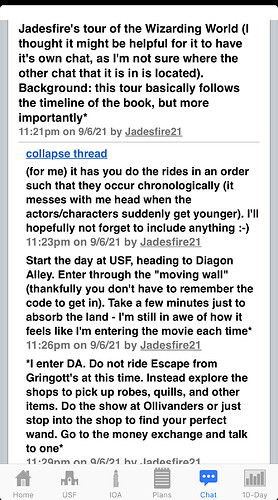 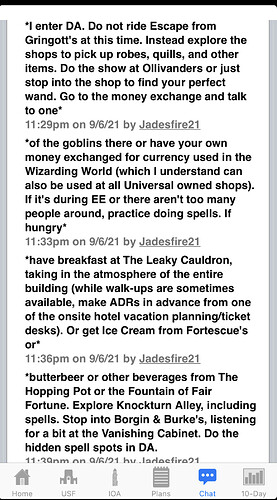 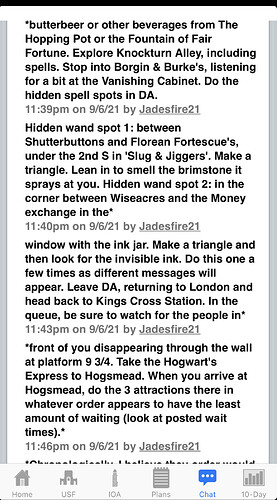 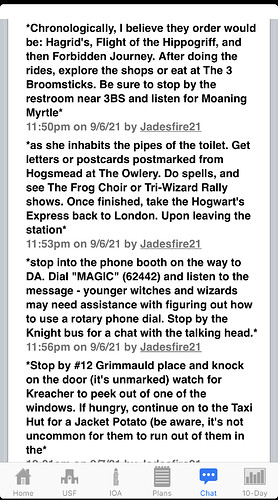 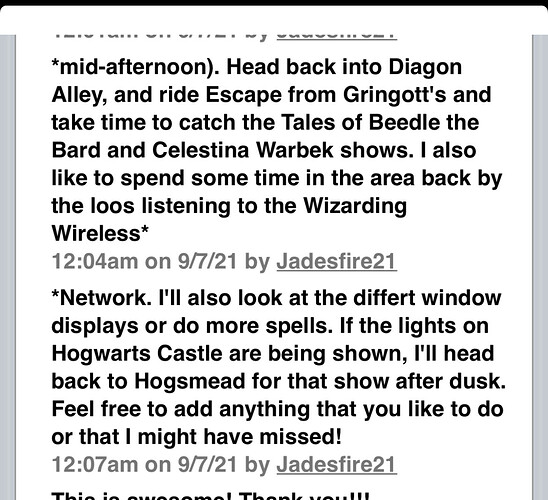 Good news. Apparently you didn’t check yesterday’s wait times and the forecast for the next few days.

You can basically do what you want, when you want.
Crowds have only been moderate to high on weekends only the last couple weeks.

You can basically do what you want, when you want.