I’ve seen chatter that this is only the first part of the ride - there’s more when you enter the building.

I should hope so.

Just preempting the inevitable question that I saw asked many times on Twitter.

The video is only 30 seconds long.

When are we supposed to start pre-emptively hating on it?

If you look online at other places, that’s been going on for several years already.

Always late to the party.

I am still excited to ride it, however!

How can people hate the cool empty industrial warehouse theming inside the attraction?

I guess, because I think rides like Rise of the Resistance are aces, and don’t pound my sippy cup on my high chair tray because Disney hasn’t offered us an omnimover ride populated by slowly nodding animatronics dressed in their double-knit Dacron Sunday best, I’m the worst kind of Disney fan.

Yes, he’s a dirtbag deluxe, but I’m put in mind of something the comedian Louis CK said about flying:

‘I had to sit on the runway for 40 minutes.’ Oh my god, really? What happened then, did you fly through the air like a bird, incredibly? Did you soar into the clouds, impossibly? Did you partake in the miracle of human flight and then land softly on giant tires that you couldn’t even conceive how they [redacted] put air in them? You’re sitting in a chair in the sky. You’re like a Greek myth right now.

The tunnel for the train is now enclosed.

And there are suggestions that Disney might be targeting the 51st anniversary of MK.

Will that be the beginning of the 100th Anniversary of the Company?

I thought they were starting early but maybe I misunderstood.

I followed what you meant. They usually do an 18-month celebration for an anniversary and in this case it would make sense to kick off the 100 years a bit early.

Yes, I guess I just think the announcements at D23 will all be “to celebrate 100 years”

To be honest I have no idea. But I’m a bit annoyed that the 50th seems to have been reigned back already, if that were even possible. The 50th was supposed to last 18 months and I’d hoped there would still be merchandise and the special events still happening at Christmas.

Having marketed it as such, they should stick by it. But I guess this just shows how used I’ve become to our consumer laws versus your pretty much non existent ones.

Anyone know how fast Tron will be? Very excited for this ride to get rolling at WDW

Edit: This article says top speeds up to 60 mph. 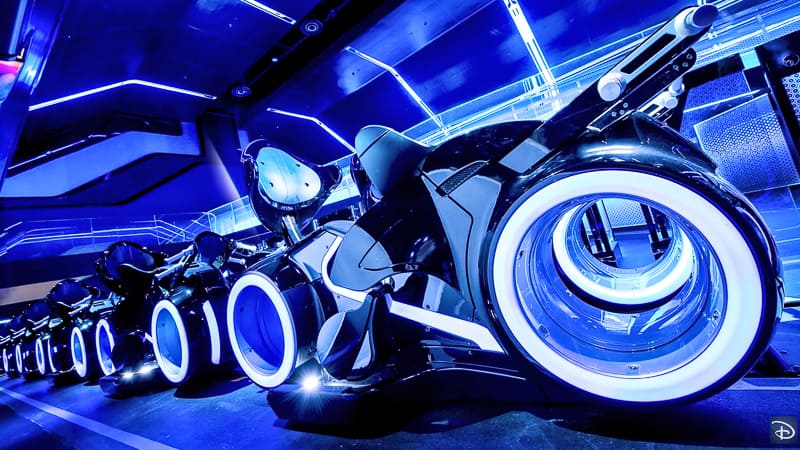 Everything you need to know about the most thrilling new attraction coming to Walt Disney World: TRON Lightcycle Power Run roller coaster ride.

Thanks - that is fast for Disney standards!