Your pictures are great! Hollywood Studios exhausts me too.

What a great report. Now having been to WDW, I see why people treasure trip reports… Because it helps one to re-experience the magic all over again.

Your family seems like a lot of fun. And as a dad, I of course loved this: [quote=“JJT, post:20, topic:7724”]
Every few minutes my daughter would run up and hug me, and then run off to see something else. My absolute favorite part of the night.
[/quote]

Such a great story. You have a fun family. Great pictures!

It is nice to read the reports - and writing this one is a good way for me to have a base to use for our own family journal. I’ll probably elaborate more on other parts of the day and keep a copy to put in an album. I’m also going to record some audio interviews to keep after I get the kids to pick out their favorite photos.

I had good intentions do the same last year, and that never happened - I’ve promised myself to go through the photos and create a small printed book with annotations. I’ve found can forget the details so quickly!

I found a journal entry I made when we visited a park in Lancaster, PA when the kids were younger - I wish I had done that more consistently!

Good call taking your kids out of school at this age. We had our 3rd trip to WDW in November. This was the first trip with a high schooler. DS is a freshman an DD is in 7th grade. The high school work load is substantially greater and took a while to catch up and recover. No problems with the 7th grader. High school teachers where not on board with the timing of our trip.
As difficult as it was, it was worth it. We got great flights and a good deal from Disney. We will think long and hard about traveling during The school year again.
Please keep writing, I will keep reading.

Working my way through the report while waiting for others to get ready to head to Hollywood Studios today, will finish later, but noticed Cape May NJ t-shirt? Sounds like you may be another local. Did you see there’s talk about a potential Philadelphia area meet sometime in early 2015?

We’re from Long Island, but love Cape May. Was coordinating my shirt with my Mickey hat.

I wore that shirt to a museum in Queens this summer and had an older gentleman start quizzing me on ferry times. Appears to be a great shirt for making new friends!

Sounds as though it works like when I wear my New Jersey Turnpike t-shirt around the parks!

@JJT where on Long Island? Me too!

With the distance of my last mid-December post for this trip report in mind, I cautiously rear my head from my winter enclave, brushing off the last of December’s butter cookies and bits of wrapping paper. I made a promise to @JonMcIntosh that I would return, and… boy am I slow on the promise keeping. Removes Macarthur hat.

For those who are new to this particular Trip Report., I apologize in advance for my meandering.

When you all last saw our intrepid zeroes, er heroes, we had collapsed in our room at CBR, sans luggage. (That’s French for: uh oh.)
Being after 10:30PM and coming down from the high of investigating our water-viewed newly-refurbed, murphy-bedded USB-device-charging-ported beauty of a room, we all kind of went “Hmmm…” at the same time. 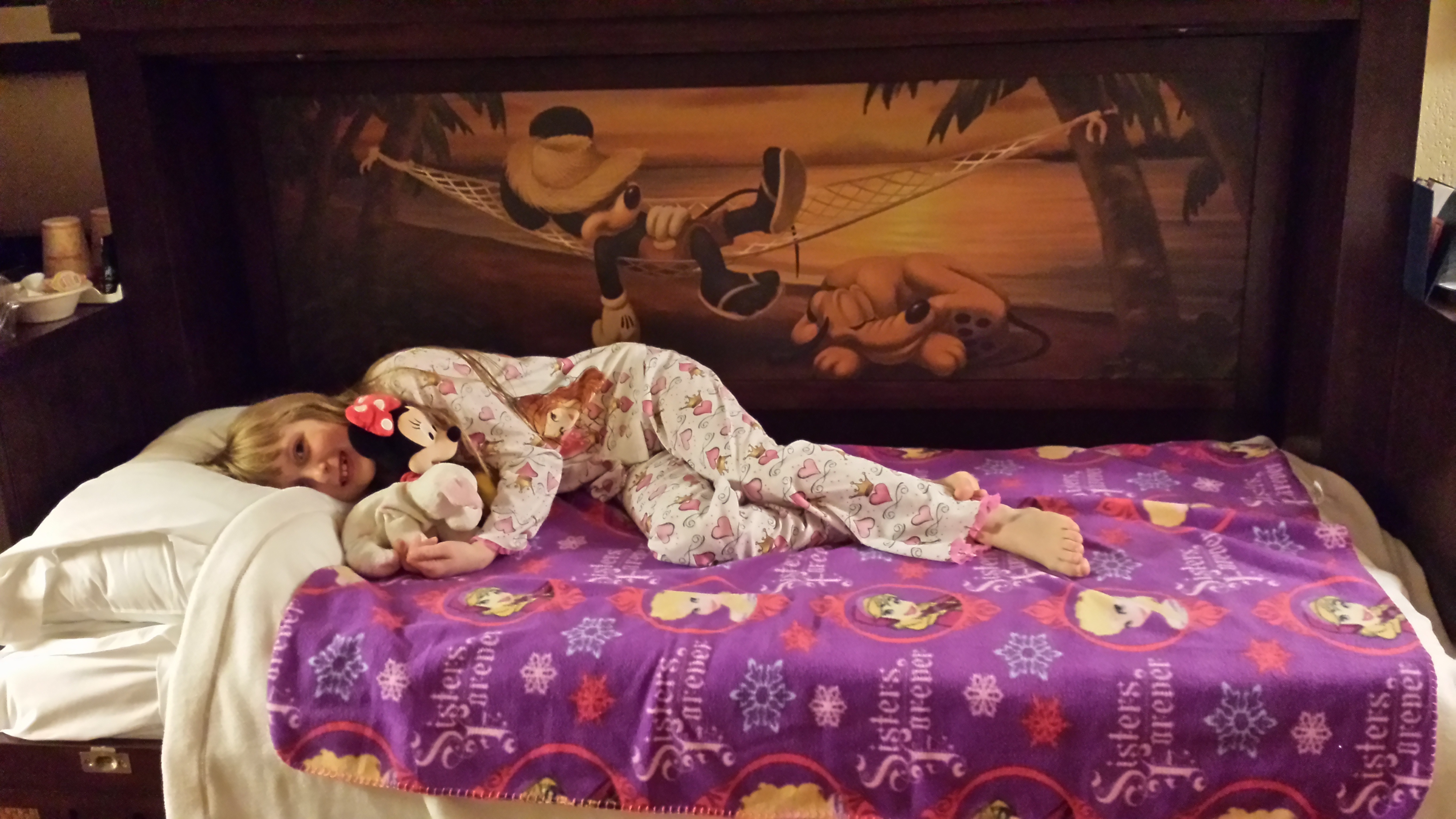 When we had dropped off our luggage at the morning check in, the friendly fellow at Bell Services (who would not take a tip!) told me our bags would be in our room when we got there later. It. was. not so.

A call to Bell Services led to a decent hold time while they seemed to be looking for something. (hopefully not our bags.) I was eventually told they would be there soon, but an hour later, another call, another wait, then the bellman arrived.

Well, if that’s our worst hitch in the trip, I thought, I’ll take it.

Our son took the initiative to schedule a wake up call for the morning and before you could say Fastpass!, Monday arrived with Olaf berating us for chillin’ in bed. In a flurry we stormed into action: OPERATION: EPCOT Rope Drop. It was my third time at that park, the first time in 1982 and second time with my pre-wife in 1997 - and the first for our kids, so much to see!

While the last of the ready getting was in play, I snuck outside for a daytime peek at our water view… And, ahhhhh. 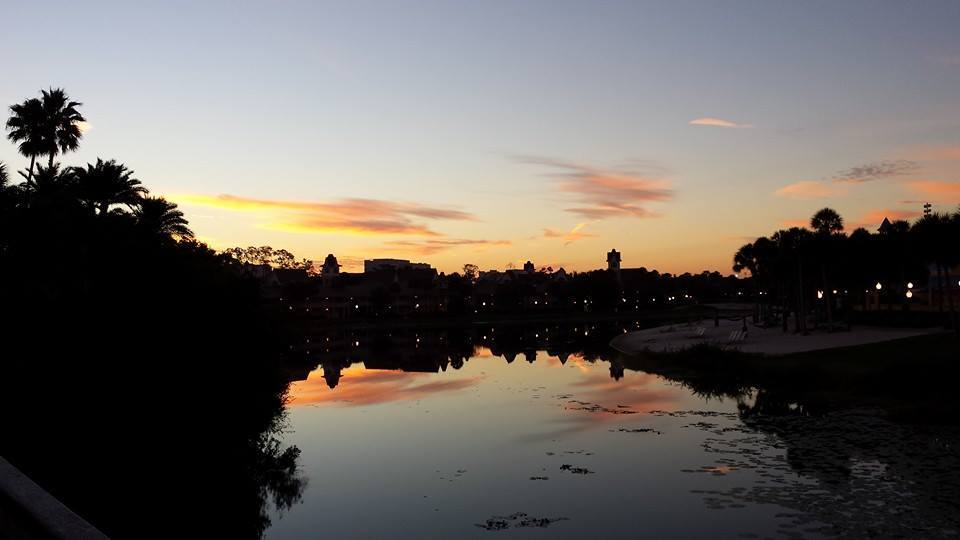 In time I was met my some explorers… 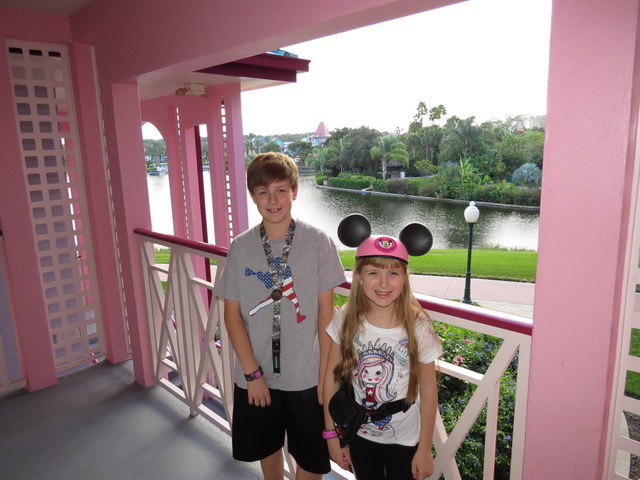 Then, some 11yo boy shenanigans regarding which way was the right way to the bus stop…
“Dad, You have never been here before, so how do you know where it is?”, he storms off in the completely wrong direction. He disappears around a curve in the tropical parking lot, as my lovely wife, 7yo daughter and I walk over from Aruba to the nearby Jamaica stop. He eventually starts trailing behind us grumbling and arrives at the stop a minute or three after us.

My plan was to use this relatively nearby bus stop since I espied the evening before that the buses stop there first on the way in, and we’d have a better chance at seats.
-Sticks tongue out at son and takes a selfie-

Rope Drop shot. Bummer. Not too big of a deal, since we had configured a very open Touring Plan for this first morning so we could hit the headliners and explore.
-whispering aside- Also, One 'o them system glitches helped me score some extra Tier 1 Fastpasses that day, so we had them for both Test Track and Soarin.

Finally, we tried to do the right thing for this day and planned lunch and pool time back at CBR mid-day rather than the usual rush around. Uncharacteristicment, as the French say.

It was wonderful to see the kids reactions to the different atmosphere in EPCOT as we first walked through. We had to drag them away from checking out the area in front of Spaceship Earth, especially with the beautiful gardens all around… and we met a friend on the way. 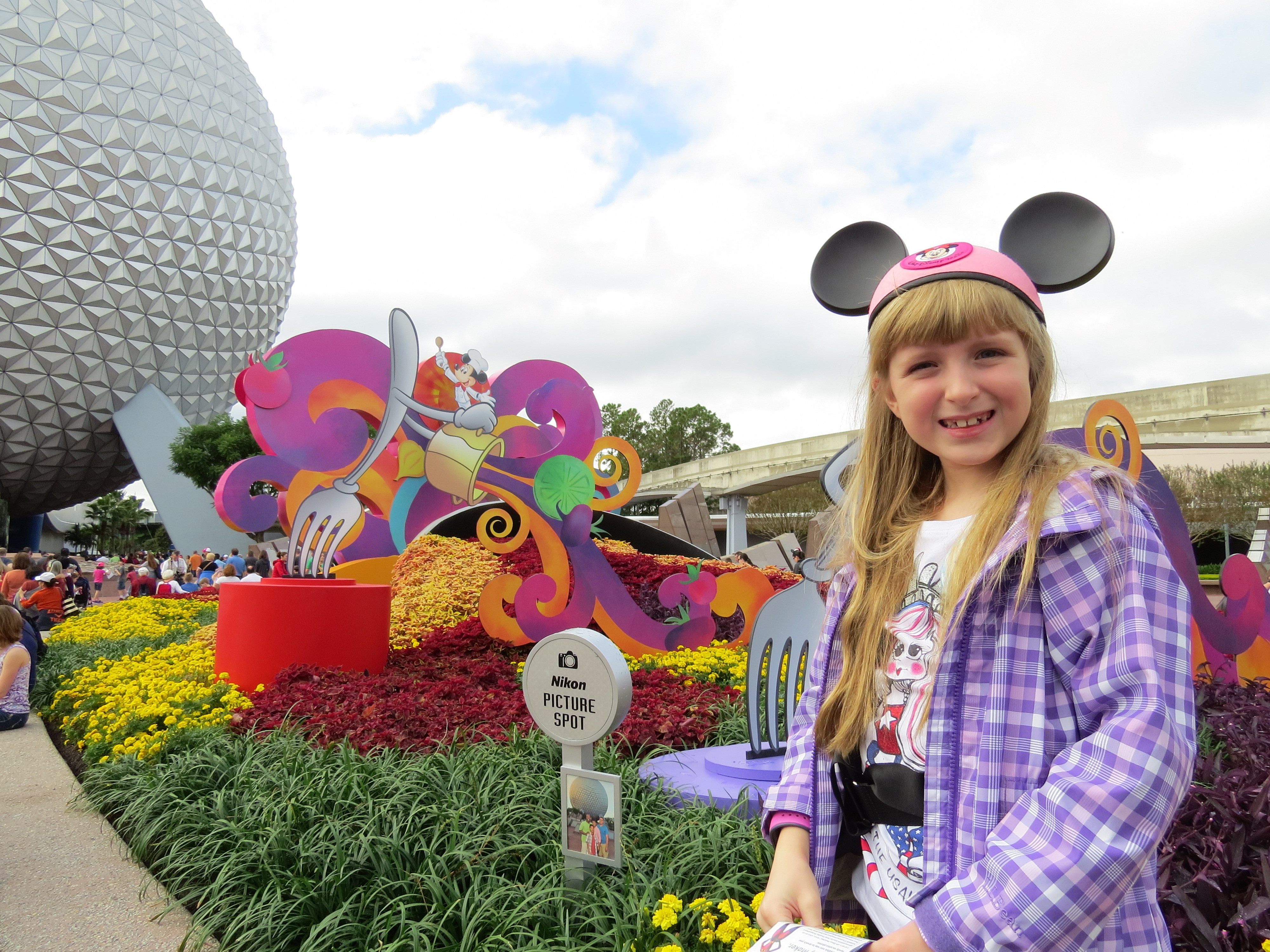 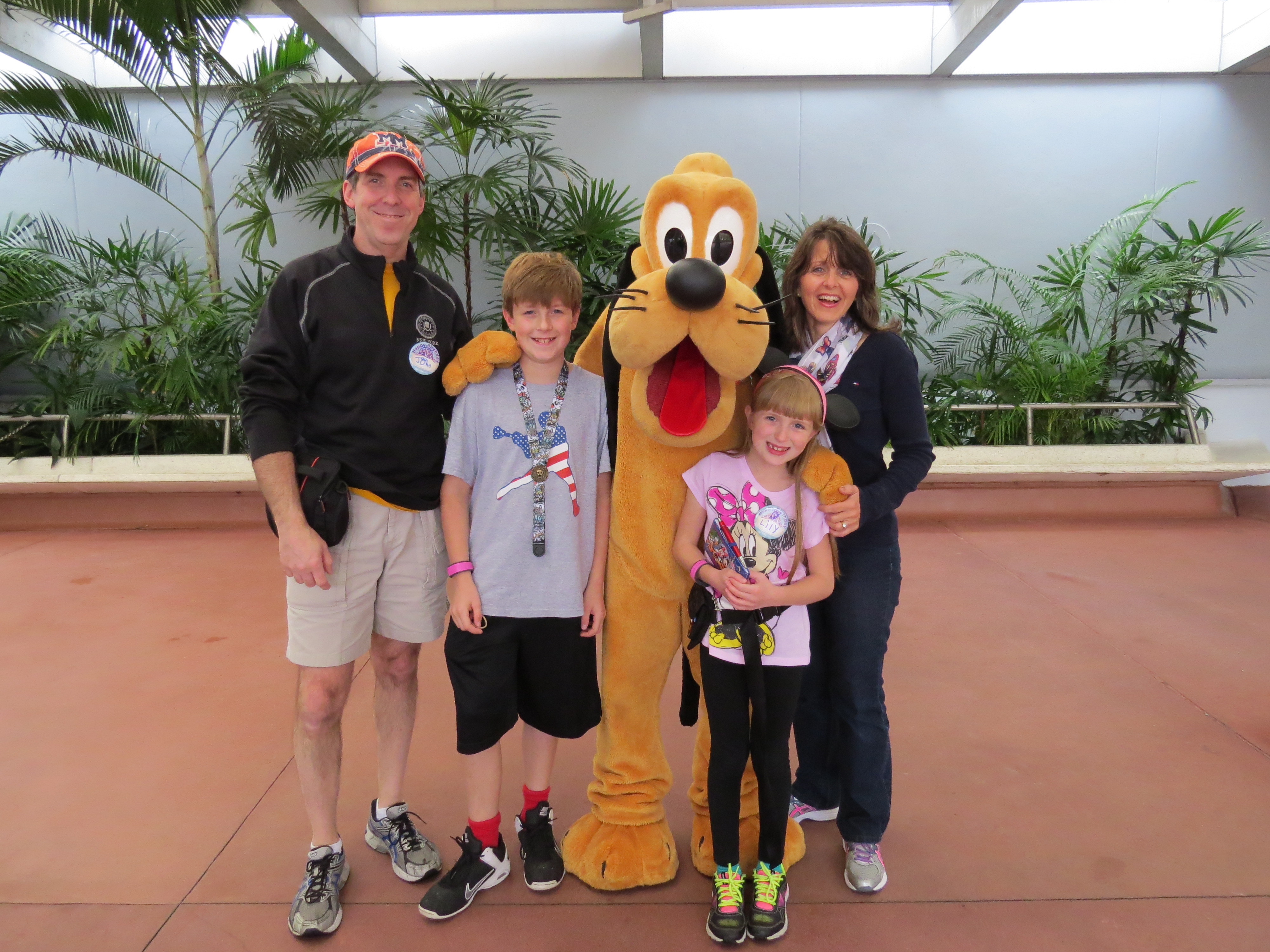 We started with Spaceship Earth - which the kids immediately dubbed our family’s official start and end ride at EPCOT. (We do the same with Small World in MK.) Then we wandered through to our first Fastpass at TT. I am SO glad I took a video through the whole ride. Our worried, yet brave daughter was fantastic to watch.

We worked our way around the various attractions and before we knew it, it was time to head back for lunch! 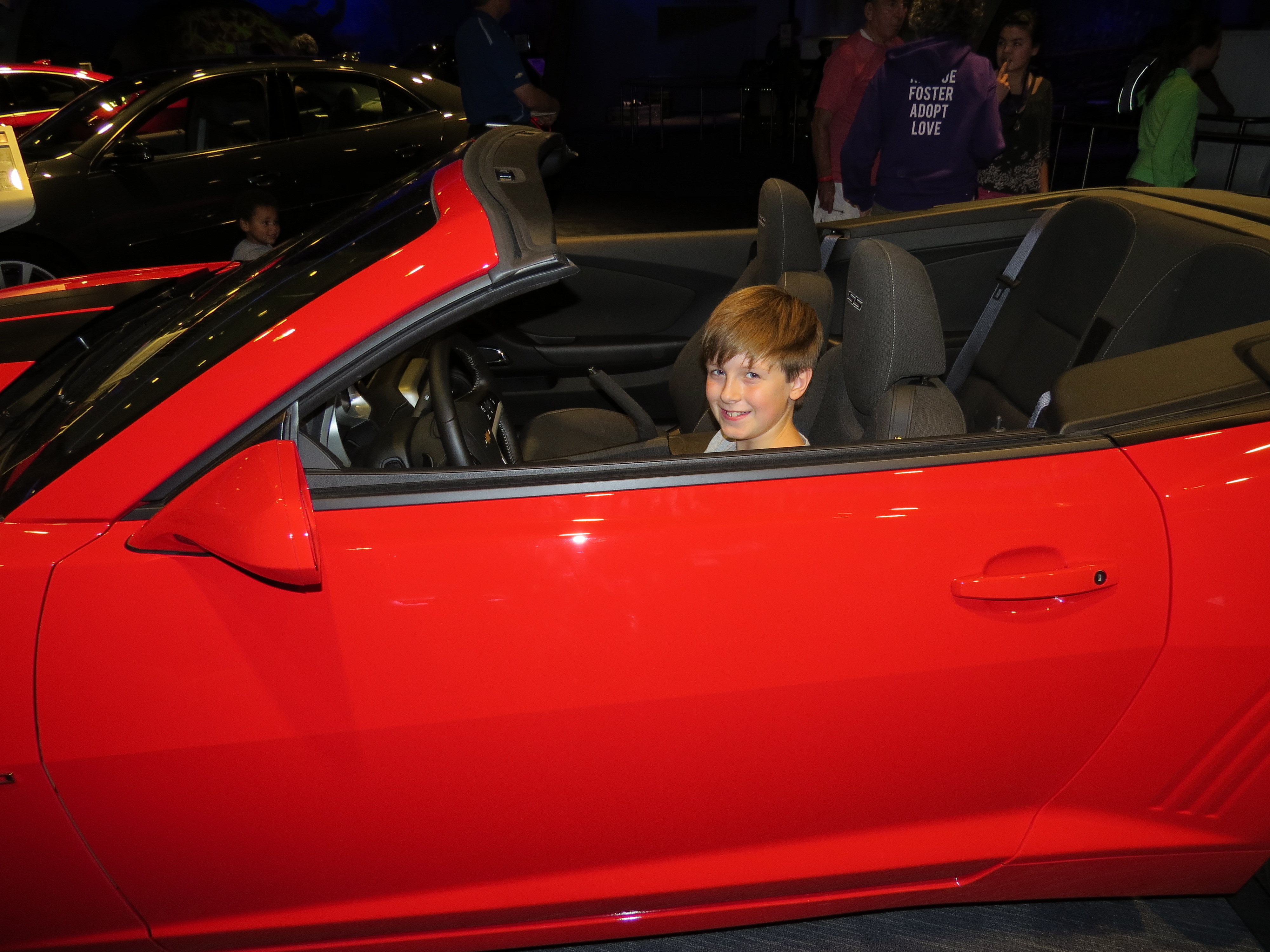 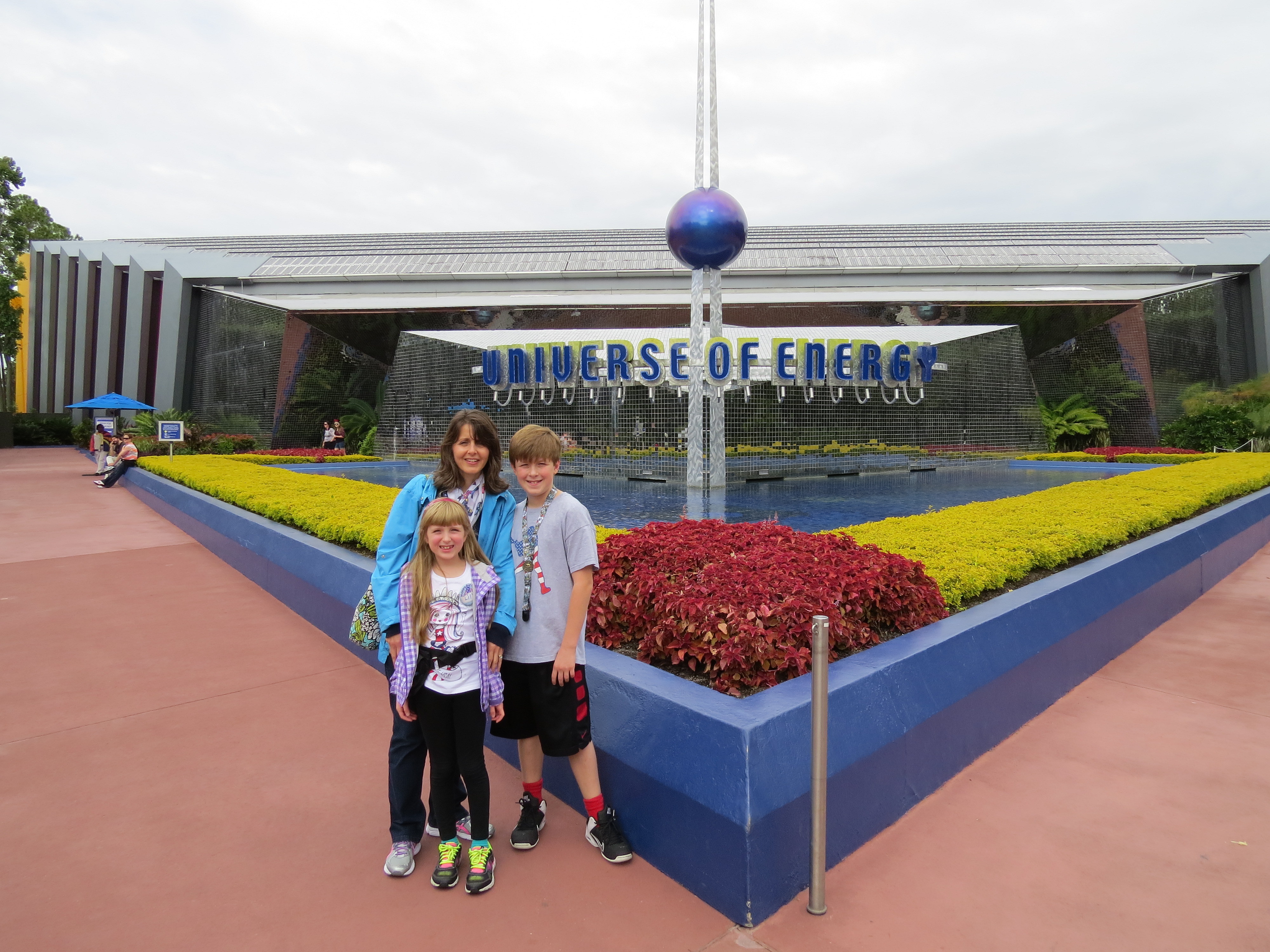 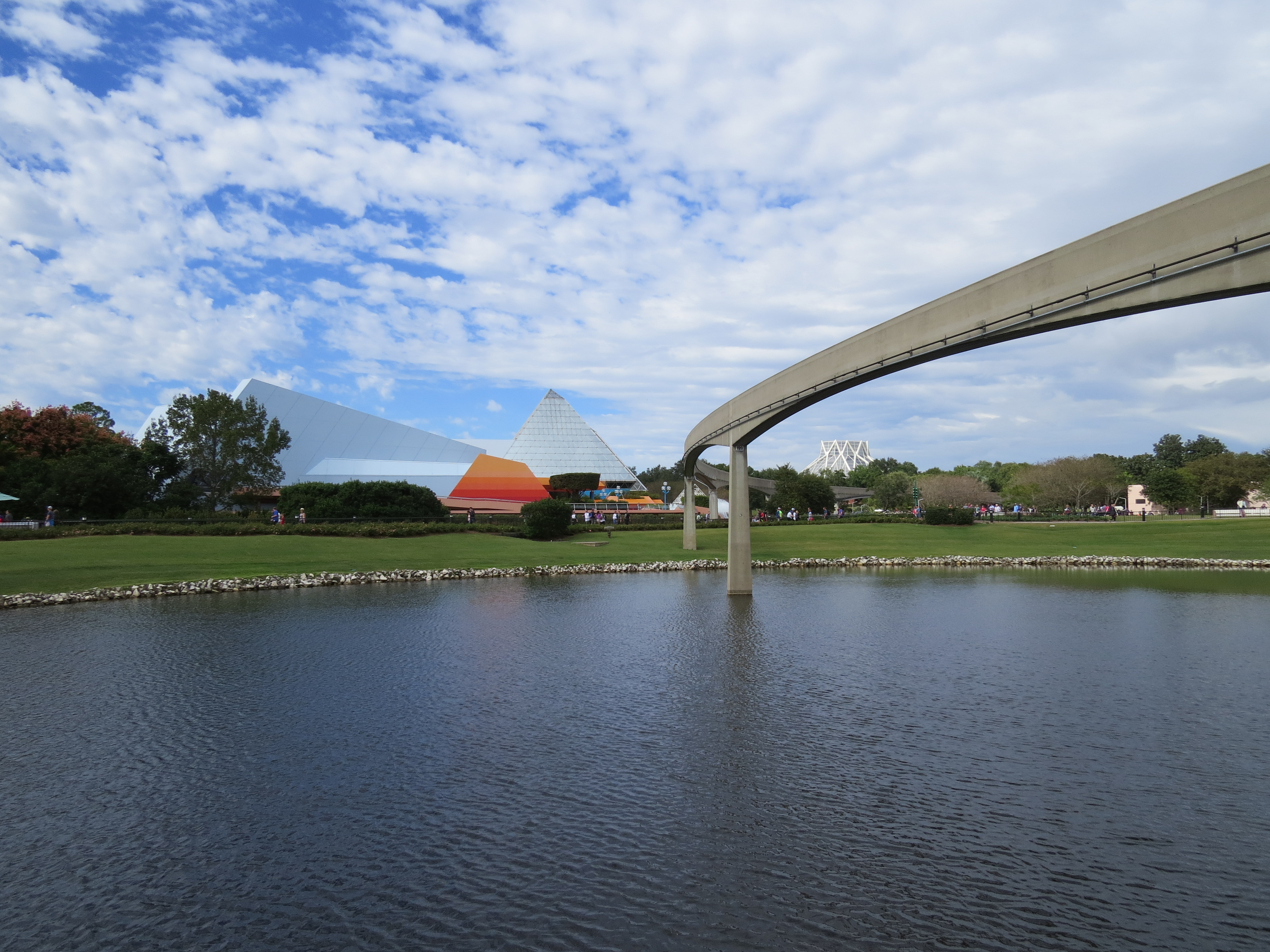 Many refrains of “Aww, Dad!” were heard, but once we arrived back at the CBR restaurants, got the food allergen low-down from the chef, happiness ensued. It is so nice to be able to eat out with a good feeling about the contents of our kids’ meals. And… chocolates cupcakes they could eat!

The pool was terrific - I took the kids over to splash and slide, and gave my wife some time to coffee up and relax on a beach chair. Again… Ahhhh. 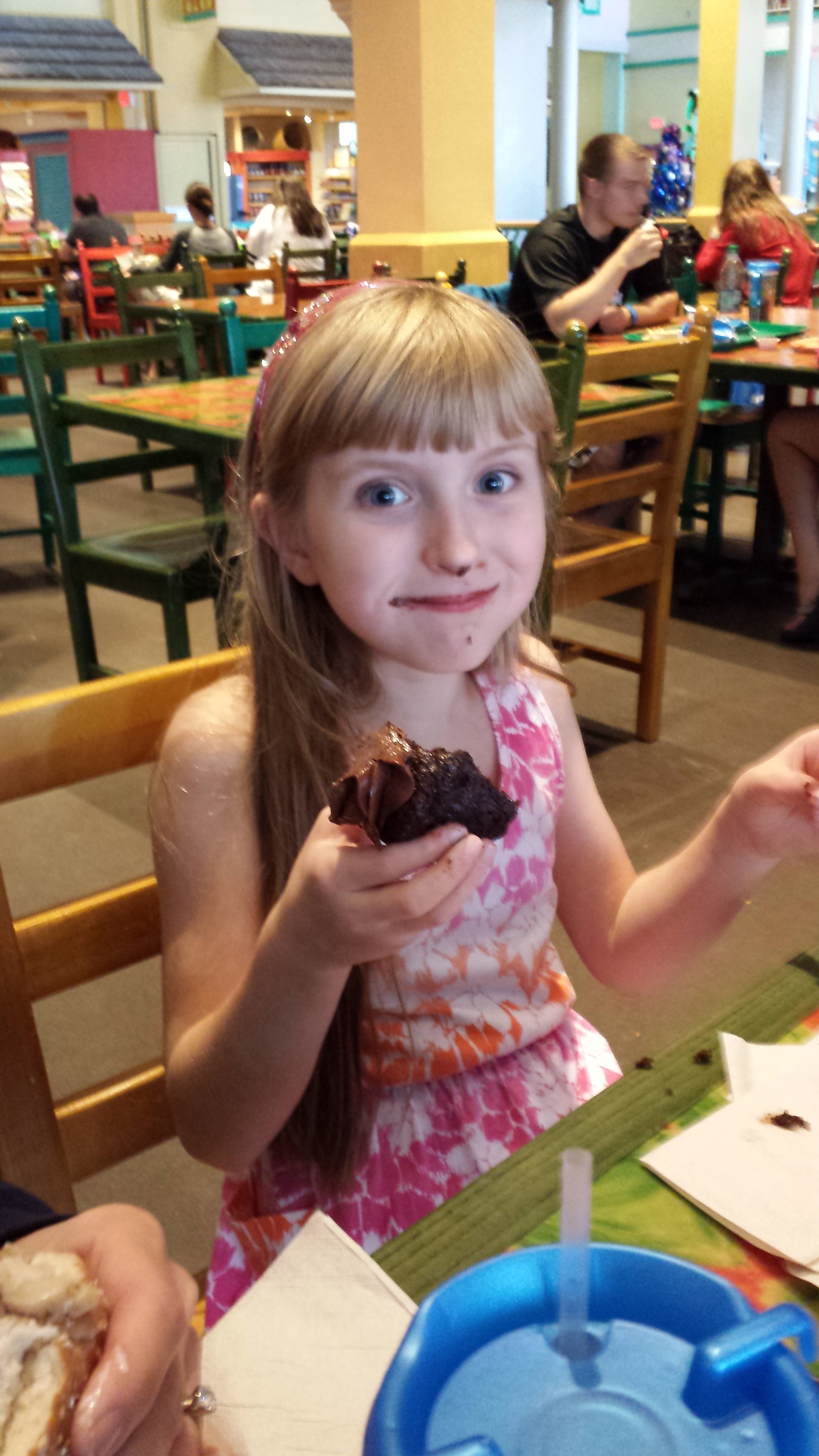 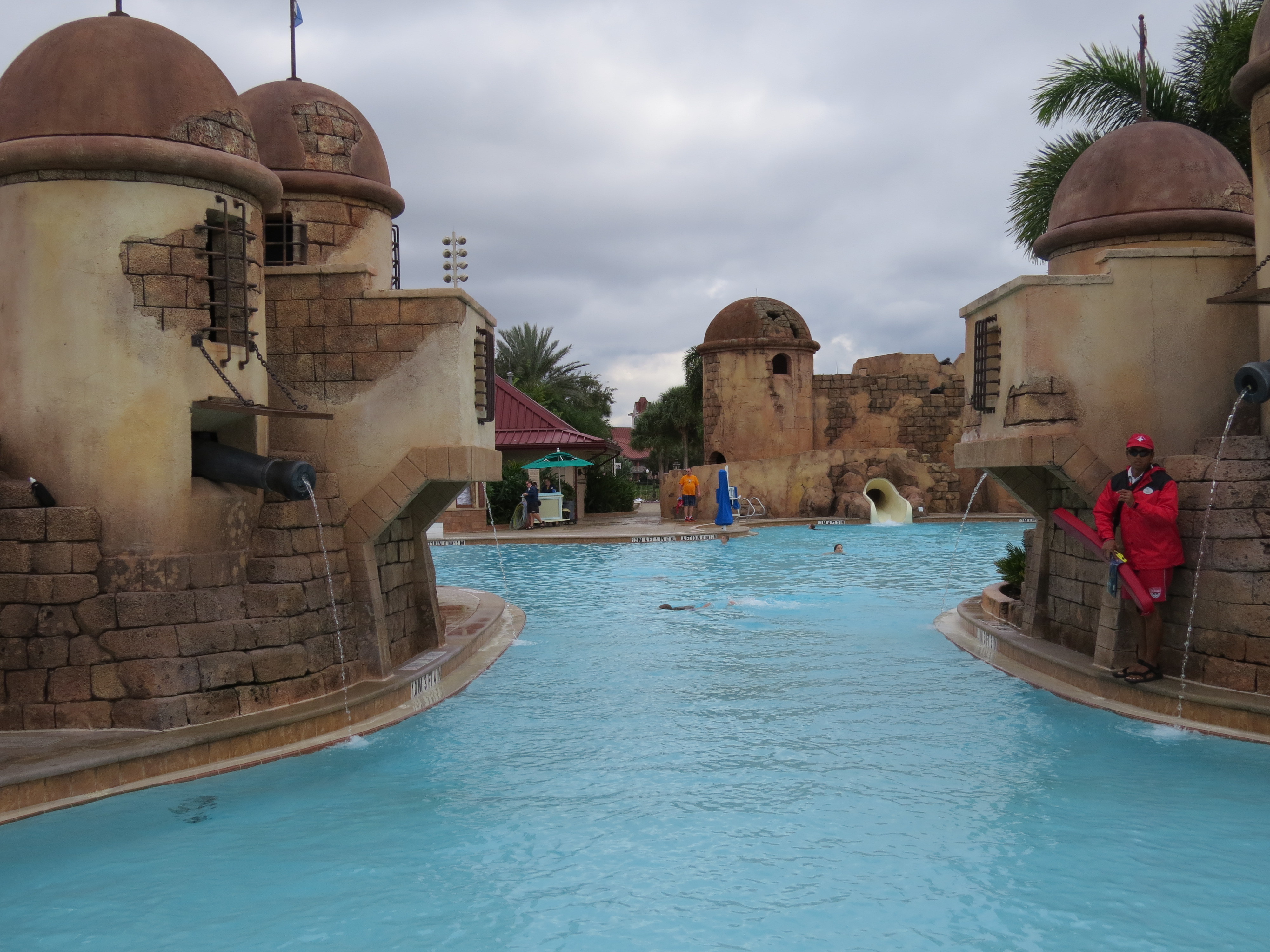 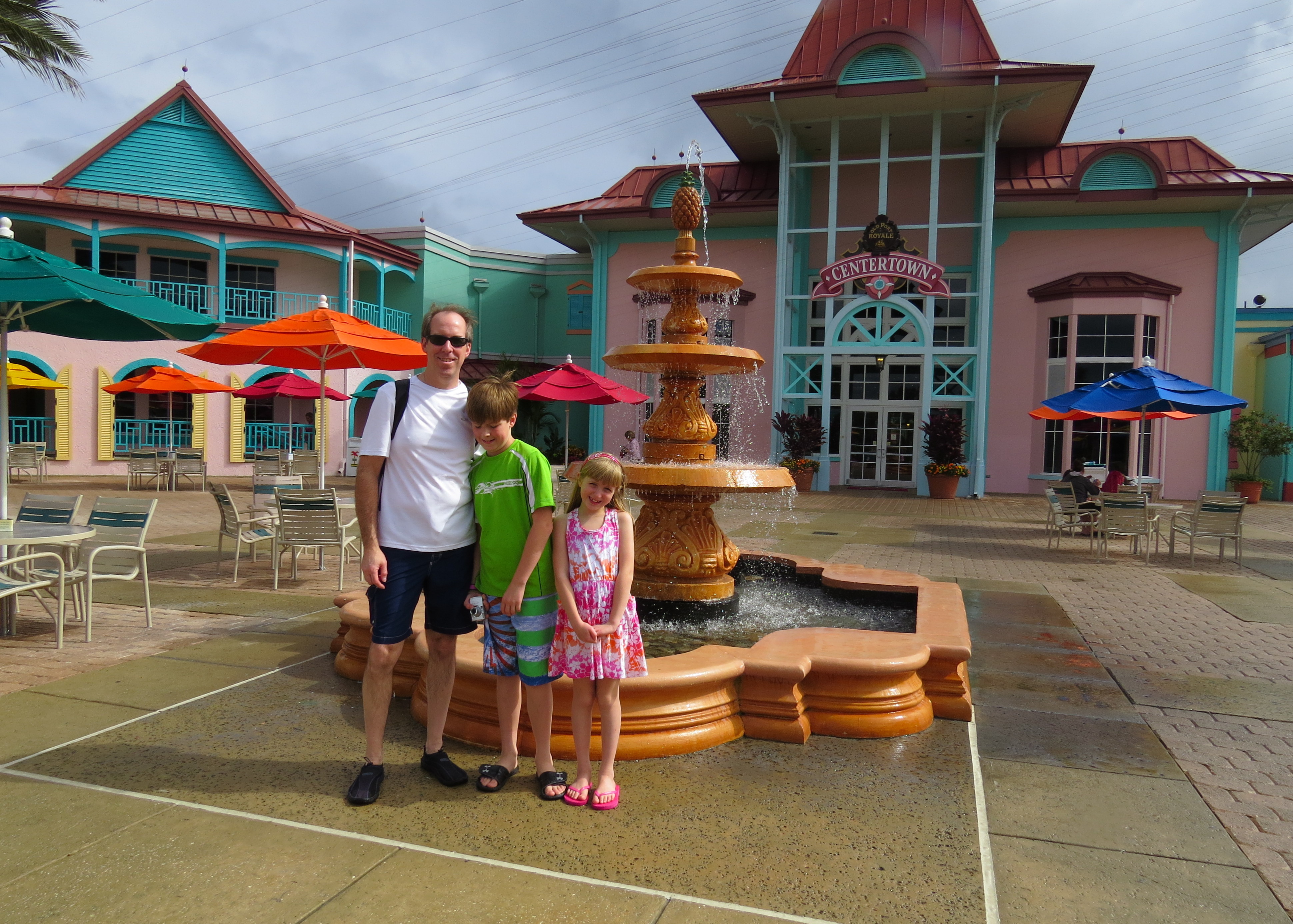 I’m not sure how I missed your report before, but I’m sure glad I found it now! Great job! Can’t wait to follow along!

I just came across your trip report and read the entire thing! Love your writing style. I’m glad that your wife’s health is doing better. So far it sounds like it was such a fun trip

I can’t wait to read about the rest of your great family trip!

Thanks to you both! Sometimes I think I need to tone it down, but my fingers won’t stop.

And get those fingers busy typing… Lol!