We are home from a 2 night stay at the Grand Californian Hotel with 3 day park hopper tickets from 12/26–12/28. Why was it only ONE amazing day? Sickness and inclement weather at home. But still I thought I’d run down the trip for you guys.

Day 1 - We arrived at the hotel at 7 AM on 12/26 so that we could store our bags and get to the park for rope drop. We were met at the car by a bell hop who helped unload our car and took the bags to storage. So quick and efficient! Even though I did online check in, I went to the front desk to request a room with a pull down sofa bed while DH went to self park the car. Sofa bed was not guaranteed over the phone reservation and DS13 and DS16 do not like sharing a bed lol. The front desk cast member was able to accommodate the request, and even said that our room was already available! And guys, the room was INCREDIBLE! It was room 3355 for anyone’s reference. We had a view of Grizzly Peak, and were right next to

the entrance to DCA. So convenient! The reservation was for “woods view“ but honestly I would consider it to be “partial park view“. 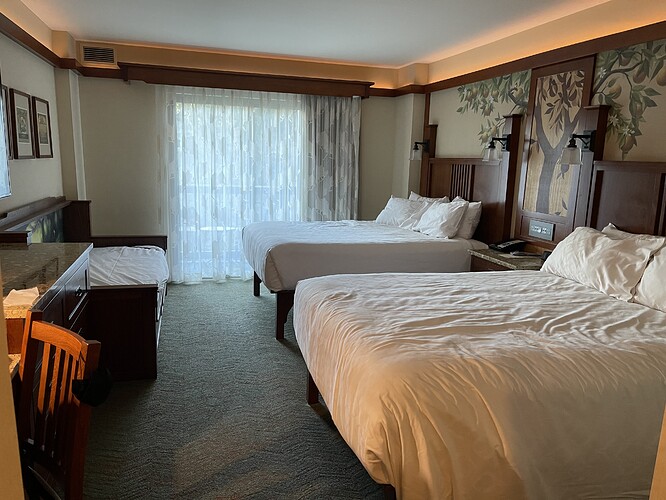 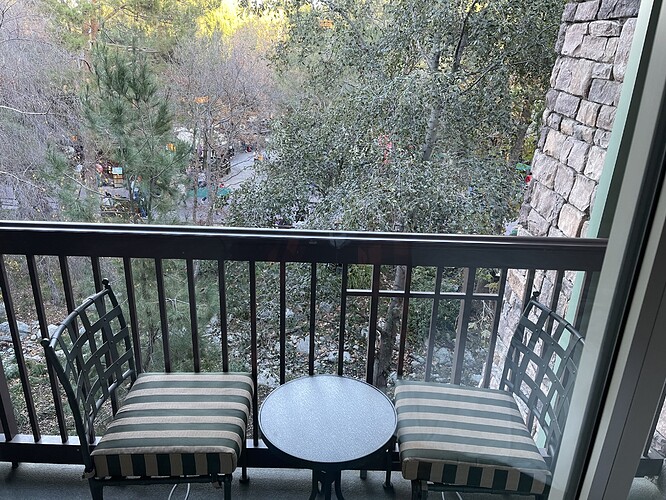 We made it to the turnstiles at 7:30 and into the park at 7:40. Purchased Genie+ right away and we lined up for rope drop at the Adventureland entrance. I had been stalking the Disneyland app watching the Lightning Lane return times since Genie+ became available, and tweaking my touring plan like a thousand times lol. I wish I had paid more attention at the time to each step just so I could share with you guys, but here was the breakdown as I remember it 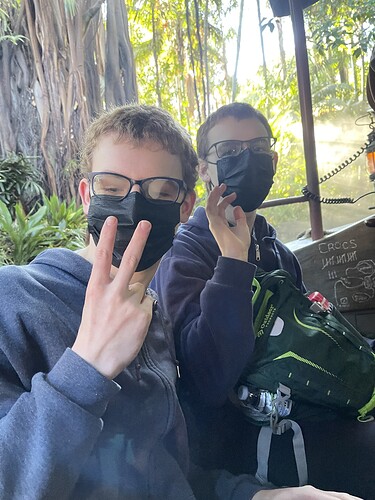 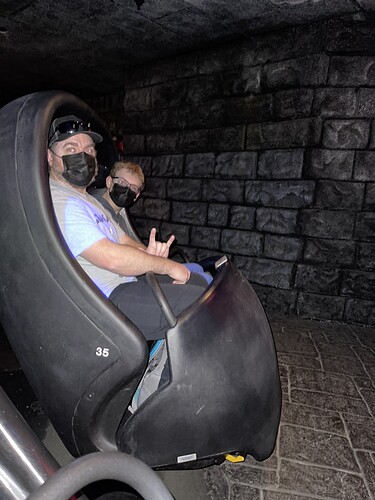 Oops forgot to turn off the Flash 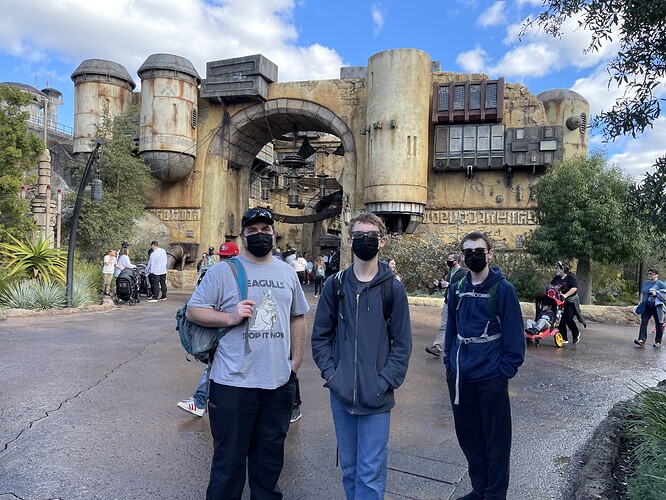 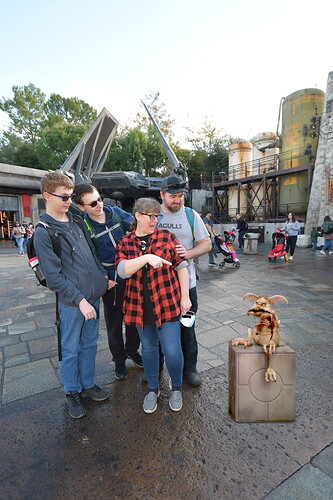 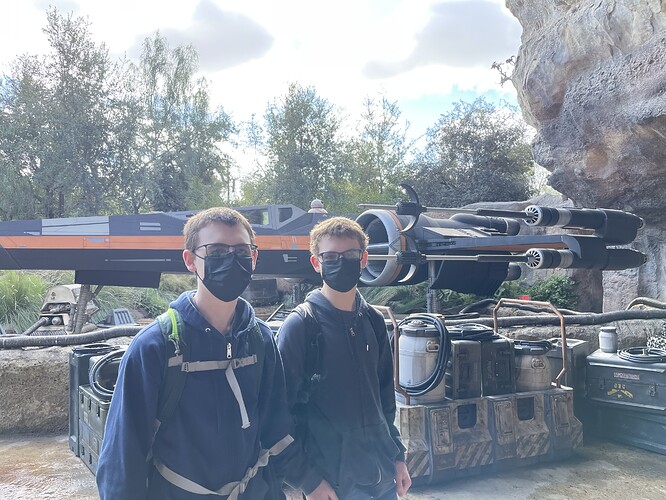 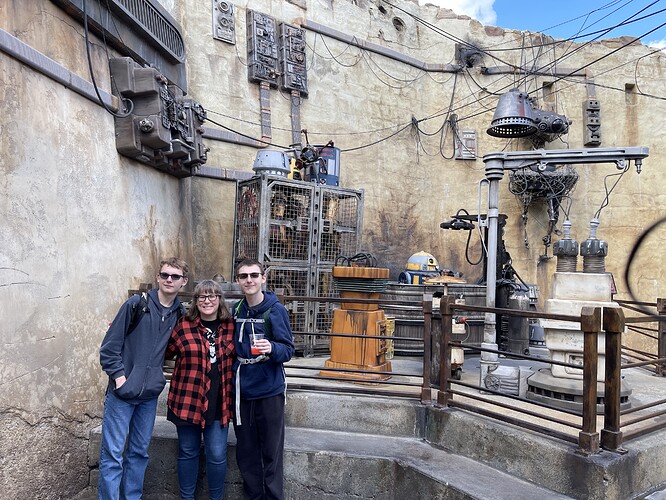 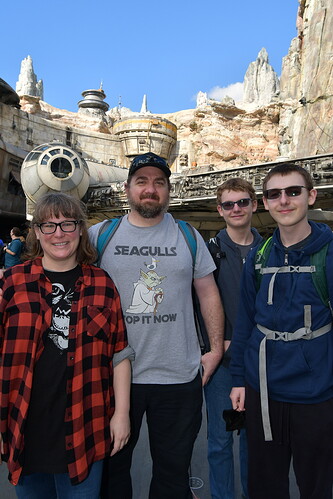 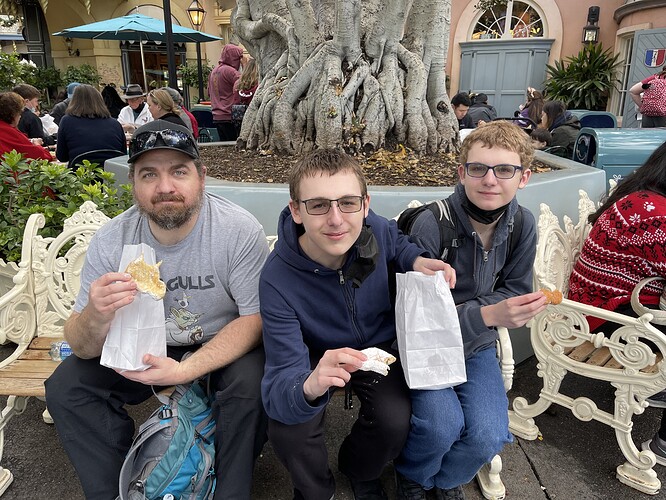 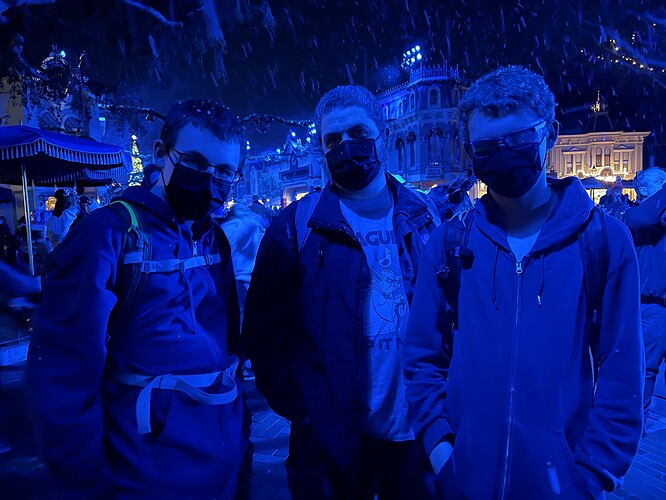 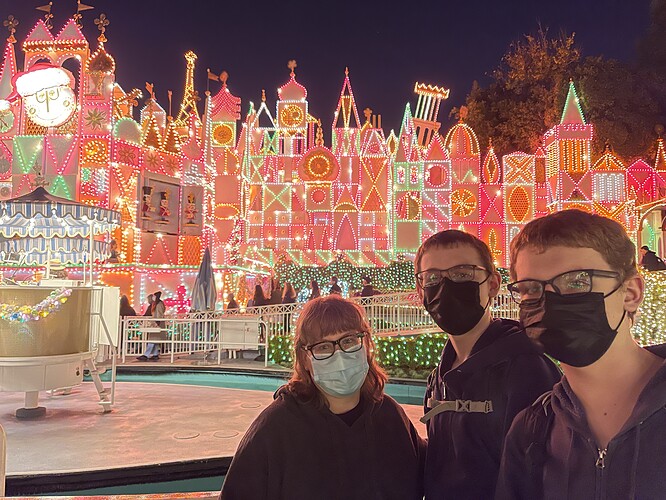 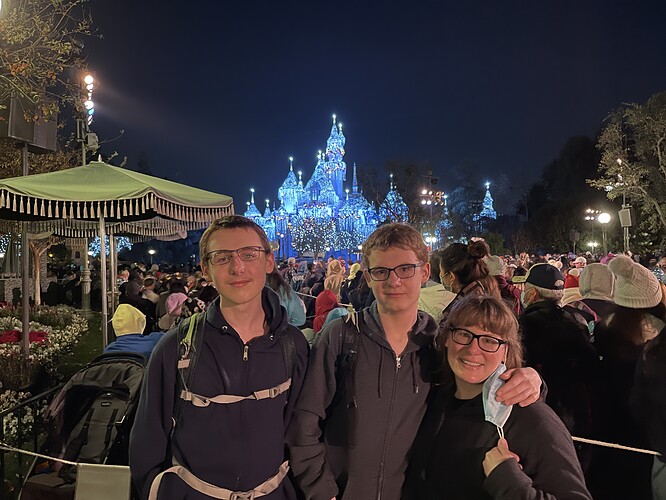 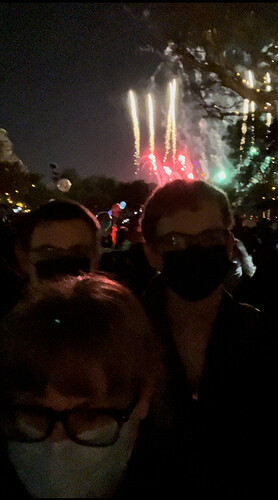 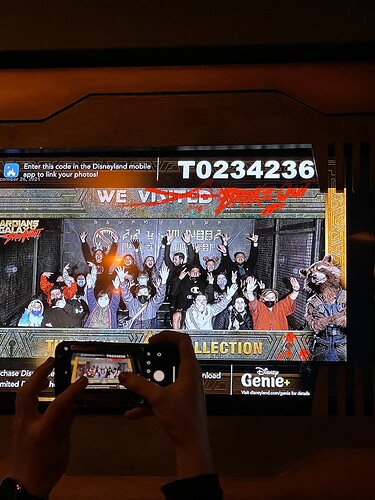 This wrapped up our ONE PERFECT DAY. It truly was perfect. On to the not so perfect next two days lol.

Day 2- I woke up with bodyaches. Did not think much about it, after all we had walked 25,000 steps the day before, had gotten up at 5 AM and not gotten into bed until 11 o’clock only to wake up at 6 AM again the next day so who wouldn’t be sore, right? Ended up being dead wrong but more on that later. Entered DCA through GCH entrance. The line stretched all the way to the hotel lobby. Purchased Genie+ and reserved LL for Incredicoaster for 10:20-11:20. Got to the Pier rope drop area at 7:55. The plan was to rope drop RoR by taking the Pier shortcut but the Pier was closed do to ice. By the time the Pier rope drop merged with the Buena Vista St rope drop at the Cars Land entrance, there were already hundreds of people ahead of us. 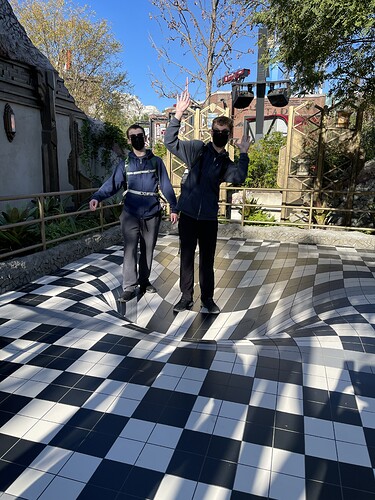 Day 3, 12/28 - our plan had been to drive home to northern Washington on 12/29 and 12/30, but we woke up to some concerning weather reports. We knew if we did not make it home by 7pm on 12/29 we would be snowed out and not be able to get home until New Years, and I was still feeling poorly. So we made a plan to be on the road from the parks at noon. Did not happen! DF really wanted to ride RoR one last time but got a late start getting into the parks because we were scrambling to cancel and book hotel reservations and make our plan for driving home. They ended up getting into the parks at 9:00 and missed out on early ILL availability. But TP predicted the expected wait time for RoR would drop at 10:00 so they rode single rider on Matterhorn and then rode Pirates. Pirates ended up being a 45 minute wait. Got to RoR about 10:00 and it was posted as 120 minutes but they were hopeful that time was inflated and we could still get on the road at noon. Nope! 150 minutes. Not even on until 12:30. I mobil ordered them Refreshment Corner hot dogs for on the way out. They said the macaroni and cheese hotdogs are really good! But by the time they ate and picked up a couple souvenirs and got to the car it was close to 2:00. We drove until midnight and then drove all day the next day. Stopped at the clinic and got a (thankfully!) negative Covid test, made it home 30 minutes before the snow started. Currently writing this looking out my window at 6+ inches of snow with a temp of 101.5°. And I heard that they ended up having to shut down the grapevine. I know we made the right decision with getting on the road early, but it does really stick in my craw that we paid for that third day of park hopper tickets and they only ended up able to do Matterhorn, Pirates, and RoR. What a waste! Still, I do have our ONE Amazing Day to hold in memories 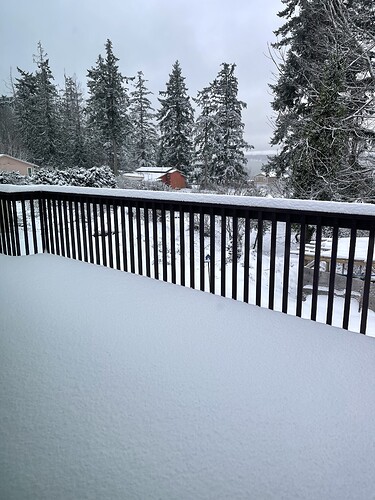 I have read every single post on this forum since booking our reservations in October, so I just wanted to thank everyone who posted their trip reports and tips and tricks. I know that it made a huge difference in our trip!

*sorry about all of the “edits”. My pictures would not load right

Sorry you fell ill on your vacation. Glad you had a great day on the one day. Feel better soon!!!

Sounds like an amazing trip, despite the disappointments. Glad you were able to pack so much into that first day! And glad you didn’t end up with Covid!