We woke up around 6:30 so we could catch a bus and make it to AK by 8AM for EMH. We arrived at AK around 7:40 and they let us in the park around 7:50. We took the dinoland path to get a quick ride in at EE to start the day. We then did Permawhirl… too much spinning for mom and I. Don’t think we would ride it again haha. We went to Starbucks after because it was much needed after the last night of running around. Went to walk around one of the trails in the back of the park (the one with the gorilla?). Went to see It’s Tough to be a Bug with the FPP tickets we got from the CM the other day at FTBBQ. The only thing is… no one took our paper FPP tickets. So after we saw the show we gave the tickets to another nice family walking by to use. We had FPP for EE, KS, and KRR all in a row. We used all of those and saw Nemo the Musical at 1 on the way out.

We ended up skipping lunch completely that day because we felt like we were going to pop from all of the food that the DDP gives us lol.

After AK we went back to POR to take our much needed break at about 2. Around 4:30 we “goobered” to AKL for our ADR at Boma at 5. Once again Uber was awesome. I recommend it to everyone! We liked Boma but we were a little disappointed that we did not get to try the ox tail soup. I did not know that they only served that on specific days. So if you want to try it, figure out what day it is. Also our CM server was MIA most of the meal. Probably a one and done for me, but still enjoyed the food.

After dinner we got on a bus to Epcot. We got there around 7 and the park was closing at 9. Just did a few little things like seas with Nemo and shopping. My sister and Father tried to get on mission space (Mom and I can’t do the spinning) because the wait was 15min. They were about 35min and came back because the ride was not working and the line was not moving. It would have been nice if they told them that before they got in line. But oh well.

After that we got on the bus back to POR and went to bed!! It was another great day!

Work is annoying like that. Just bail on it completely and go back to WDW.

Hahaha I wish!!! I need the job for the money to go back to Disney one day! Recent graduate jobs don’t pay enough for rent + Disney lol ! I’m always so jealous of everyone on here always getting to go!

Since apparently Disney didn’t accept my proposal to have me play a “lovable homeless character,” that lives in the parks, I’m in the same predicament 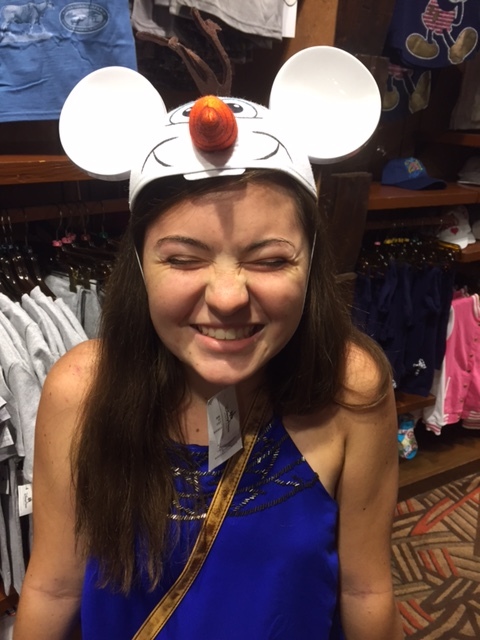 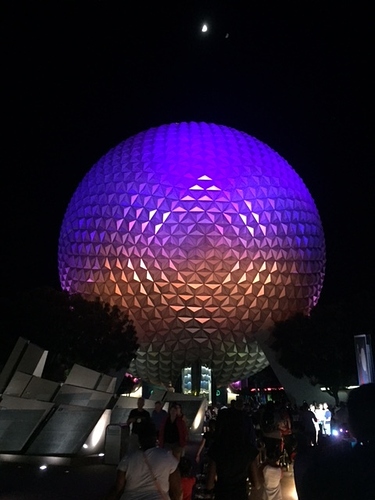 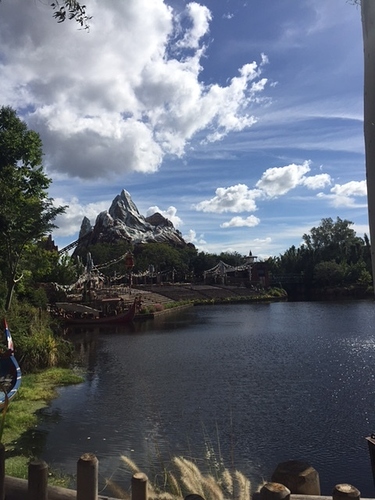 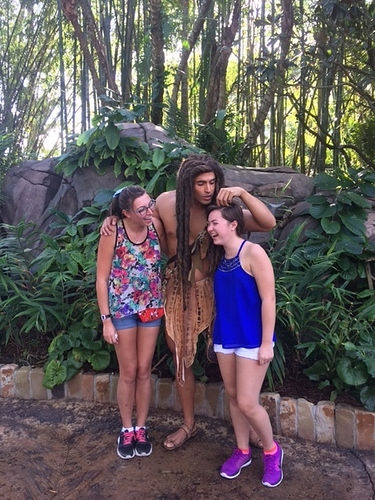 YES! Awww I like the idea of being a lovable homeless character! It’s always a struggle deciding between putting money away for a new car when my 2000 Camry dies or just picking up and going Disney lol!

I think they hand out bug FP like napkins at Flame Tree. They gave us the wrong order, and when I went to the side window, a lady handed me four fp, and then asked if there was an issue with the order. We also handed ours off to a family passing us by. Not that ITTBAB isn’t a great show, we loved it. Just didn’t need fp for it.

This was our last day in the parks and it’s a full Epcot day! Epcot’s EMH were in the evening so we got to sleep in a little bit more because the park opened ay 9. We woke up around 7:30 and got to the bus stop at 8 to Epcot. Got there around 8:40 and once we were let in went straight to Soarin’! Wow! It was amazing. We asked for B1 and it was so worth it. I still think I liked the old one better, but it was a nice change not knowing what was next. After that TT was already up to an hour wait so we went back into the other building and did living with the land. We did the Pixar film show next and then started our way around the world. We went CCW so we would end near Mexico to get margaritas. For some reason I have never been a huge fan of the world show case (don’t kill me!). This time I enjoyed it more this time but I’m still not a super fan. We really just walked slowly and went in all the cool shops. It was a mad house because it was F&W. We did the little Mexico boat ride when we got over there and got margs from La Cava.

After the WSC we went to Sunshine Seasons for lunch because a lot of people recommended it. We should have had lunch from one of the countries in the WSC. Probably the most disappointing QS. After we went back for a short nap at POR because we were struggling to keep our eyes open.

We got back to Epcot around 5:00 because that’s when our FPP started. We did SE and FEA first. Loved FEA! I thought the animatronics were so cute! I would have never waited the 120min that was posted for it, but it was fun! After that we went to dinner at Teppan Edo (6:40 ADR). Such a fun dinner but the people dining with us were a little weird lol… that’s the risk you have to take though. We had a FPP after dinner for turtle talk but since we did it I dropped it and was able to pick up 2 FPP for my Sister and Father for mission space since they were not able to do it the night before. After they did that my mom and dad went back to POR. My Sister and I did TT…The posted time was an hour but we really wanted to ride it, but it ended up only being a 15min wait! We got really lucky. We also did Soarin one more time with a 20min wait. We were pretty happy about that. Did some last second shopping and went back to POR.

This was our last day so we slept in till about 9:30. We all needed that sleep. We took the boat over to DS and walked around there. We went to lunch at Wolfgang Puck and it was amazing!!! Did a little bit of shopping and walking around and went back to POR. We killed a little bit of time just using our refillable mugs and relaxing. We got on the ME bus around 4. It really was the tragical express! They stopped at a ton of resorts and the traffic was bad. We were lucky to make it to our flight on time! Also a baby got sick on the floor two seats in front of me. Great smell… Pro tip: don’t feed a baby and then bounce it on your knee on a moving bus. lol. 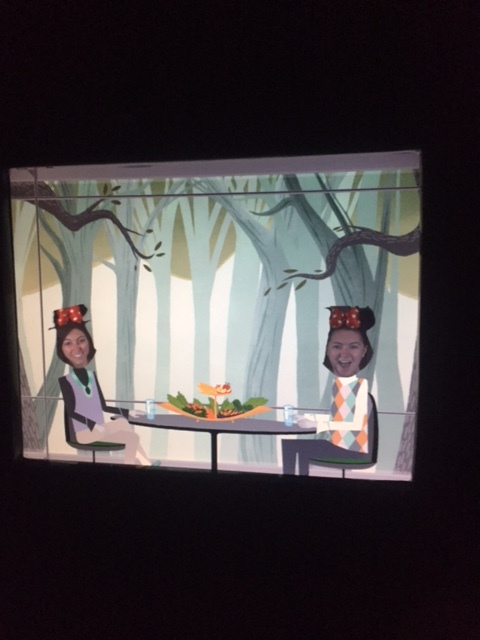 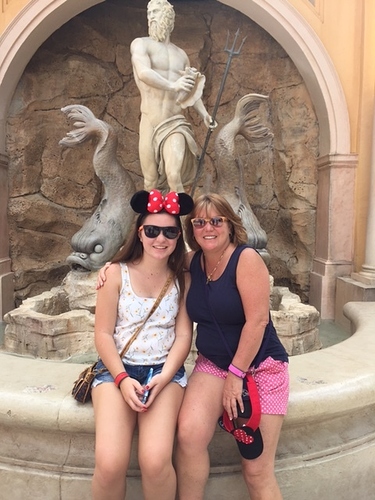 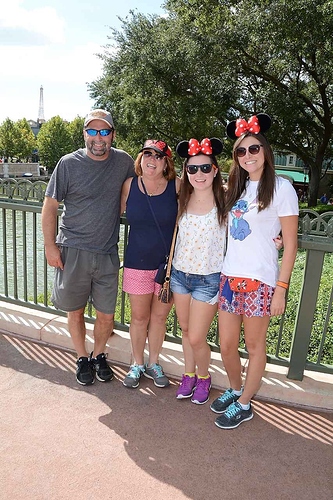 Overall we had an amazing time!!! I’m dying to go back! I just sit on here and read everyone’s posts about their trips and die a little inside knowing that I wont be back for at least a few years. I can not thank everyone enough for all the help I got. I’m officially a Disney freak to my family/friends but it was so worth it! I know I’m going to be a liner for a long time.

Here is a picture of my family from when we went 12 years ago together. Thought it was a cute picture to end this with 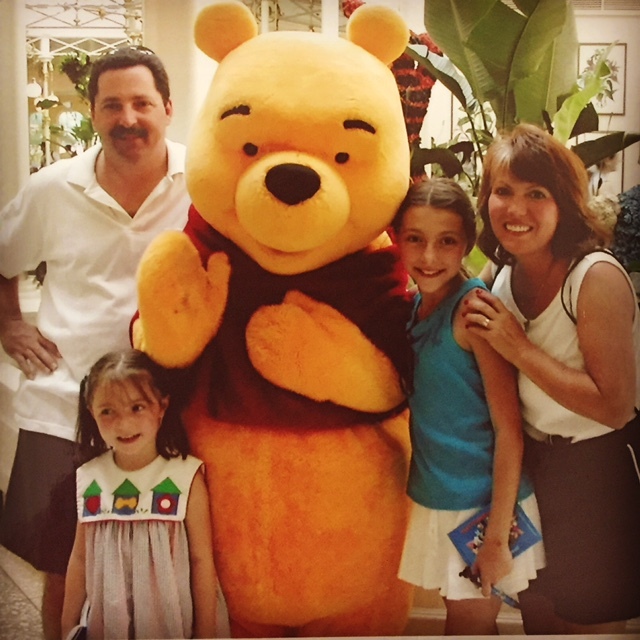 Probably. You really don’t need one but its so cute that they give them out. I bet it makes so many people happy