Is there a chance of a soft opening at Toy Story Land, and when would the earliest this could happen?

There’s a chance, but nobody knows. Probably sometime in the last couple of weeks of June at best.

No one knows, and the “guesses” from the “insiders” are all over the map. The consensus, if there is one, is that there are likely to be “previews” (i.e. APs, DVC, CMs), but probably few “public” openings prior to the official opening. And we may not know until closer to the date. The first thing that needs to happen is that the land has to be turned over from the construction side of the house to the operations side. Historically, after that happens, it’s about 2 weeks of CM training before any previews begin.

Anyway, here’s the latest, and I’m afraid I’m going to be dashing hopes…

CMs are testing SDD from June 14th to 18th. But will not have access to all of TSL, as much of it is still a construction site.

On June 22nd, there is a D23 preview, that’s the official Disney fan club, although details are sketchy.

But it has been confirmed there will be no soft openings. And no further previews.

Special nights for Ap holders in September, no dates announced yet.

There is a “postview” for passholders in September.

Well it’s an event like Moonlight Magic for DVC.

I think perks like that are pretty cool. I guess it’s different in that a gold AP holder can visit at any time. But a special event at night, no additional fee required for what is essentially Disney After Hours? I don’t think that’s stupid.

I guess I feel the timing is what is stupid. 3 months after it’s open isn’t very perky. Speaks to how far behind schedule they are.

I think it’s a kind of recompense for not being able to offer the previews. They’ve likely scheduled for September to be around the same time as the DVC events. Plus to allow a summer of later than usual closing times of DHS.

Plus of course, this is a pre-cursor to the opening of Star Wars, where the previews will not be free. If they can charge $300 at DLR for TSL previews, they could charge $500 for SW:GE and still sell out in less than an hour.

Thanks for the info! I wonder what will be between June 22 - 28? Just tweaking/fixing last minute stuff? I will be in WDW then and was wishing for a soft open (which I will have to give up on) but I am also a CM from a Canadian store and wonder if the dates for CM will be strict and no others.

Well the CMs are being randomly selected for testing the ridd first. Then I imagine the operating CMs need training too.

And then there’s the fact that AS2 will also need tested! It’s not even ready to be tested without riders yet. SDD has been sending empty trains around the track for weeks.

I’m super hopeful to ride one or both of them but I’m not having my heart set completely on it so I don’t end up super disappointed. But it sounds like there may be a chance! Wishes come true, right?

I guess AS2 don’t need as much testing as SDD because the same mechanism is used in DLR? You still need to train the CM, but sone of the parameters are already established?

Who invented the AS2 acronym? How long has it been around for? Is it standard now? 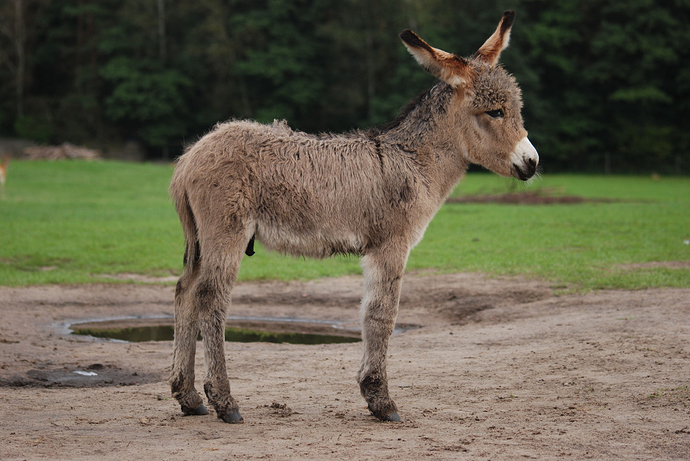 Some sites filter out ASS, so I decided AS2 was as good as any, rather than putting in full stops.

It is more or less official, no soft openings. Even that D23 event will likely be limited to SDD and TSMM from the current entrance.

CM Training will probably use more CMs to ride.

So no more “I really like ASS. The ASS at WDW is really great. It made my head spin.”

Well, if ASS makes you happy, then I will try to use it more often.

Some people are really looking forward to riding ASS in WDW.