While creating the travel agency would it be worth it to create a private tour guide company. Seems like the prices Disney charges for those that there is more money to make in that. With all the knowledge and planning that seems like a no brainer. I mean plenty of us would gladly spend weeks at Disney directing people around so they enjoyed every moment of their trip.

The problem with that is the biggest selling point of the tours is that they get you basically front of line access. A private tour won’t do that.

I agree. Especially for the people who are new to WDW.

@Brian
I know post 3 was mine and I still stand behind it. That being said I regret the fact that adding “Travel” to the banner removed the “Forum” link. I think Travel belongs on the banner but can we please get the forum link back up there? I like the addition of the TP Travel to the Dashboard but it seems to be completely out of balance with the dashboard as a whole. Maybe I am in the minority but it’s kind of off putting to me visually. I had envisioned something like crowd tracker or reservation finder box when I first thought of it. Just my thoughts and opinions though

@Brian, I looked last night but I cannot find the information anywhere. Is there a list and contact information for the Touring Plans agents? 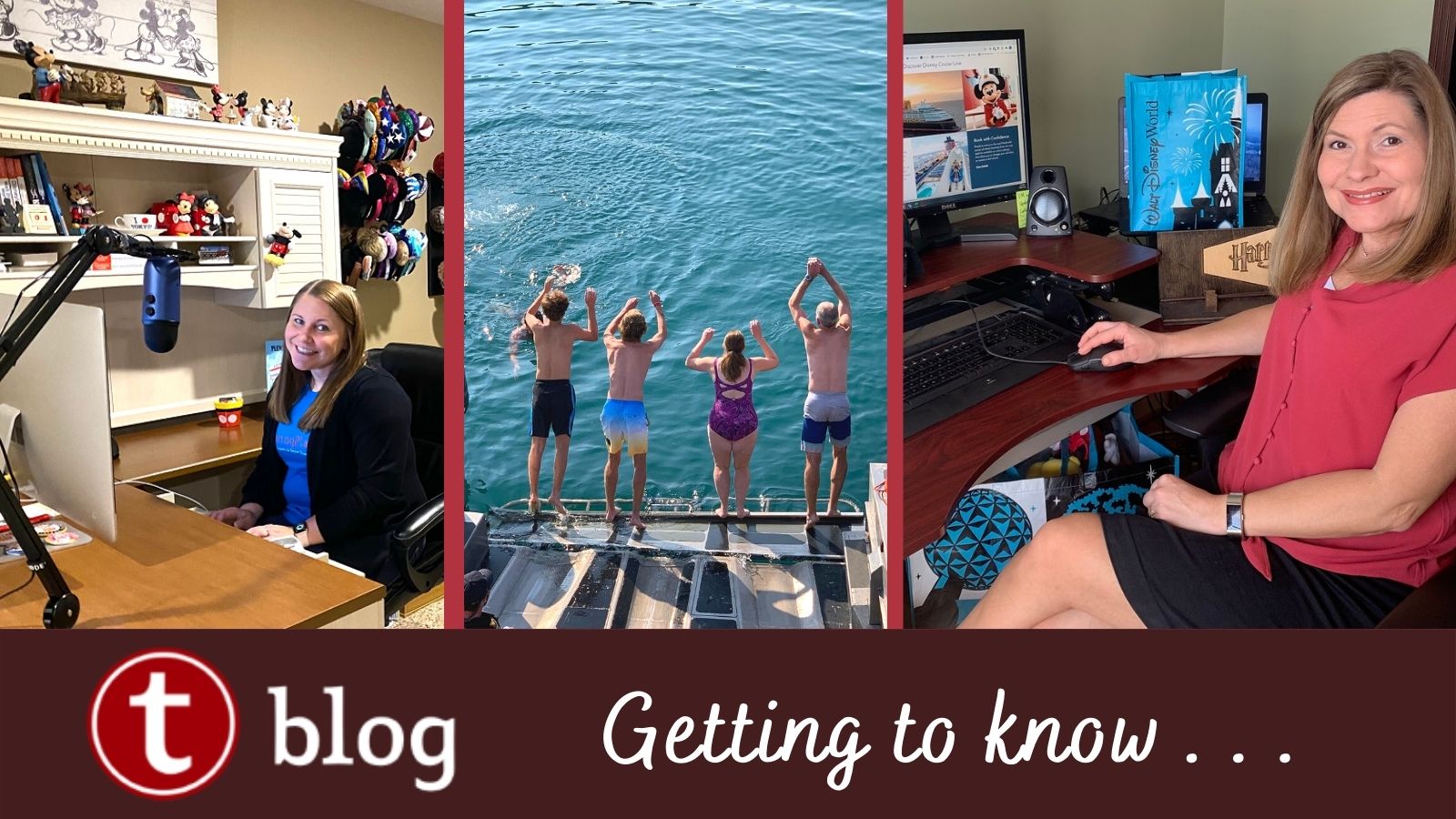 We're Here for You - Get to Know Our Travel Team - TouringPlans.com Blog

Planning a vacation is fun, but it can be overwhelming. Whether you want to visit …

I am linking my experience booking

Back Ground: Five days ago I created a topic here asking about the Touring Plans Travel Agency. My question, specifically, was about the travel professionals that are currently associated with Touring Plans. There have been other threads asking about working with travel agents in the past and for the last few years I have said I will always work with a TA but it is important that I trust my TA. I think we all have to find the professionals that we respect and trust. There are a couple of amazing…

I started laughing when I read that in Michelle’s favorite things too.

I just thought of a slogan.

That is basically what convinced me to give a Liner TA a try.

The last previous time I voluntarily tried to use a TA was when I was a kid, pre-internet and when Braniff was still flying. She couldn’t even find flights as cheaply as I found with one direct phone call. In the early 2000’s I had a job requiring a lot of travel and the company wanted us to use the in-house TA. I got her fired after she booked me in a Days Inn where the room had a body shaped pool of still tacky blood. You might think it wasn’t her fault, but the companies policy was Courtyard or Courtyard-ish. Going nicer if that wasn’t available was OK. The TA thought that a lowly Engineer didn’t rank as expensive of a hotel as a Courtyard in San Jose, CA. San Jose is about 3x the cost of normal places and was a frequent destination for that company. But, I thought, “A Liner that is also a TA. That could work.”

I don’t even know where to begin with this…